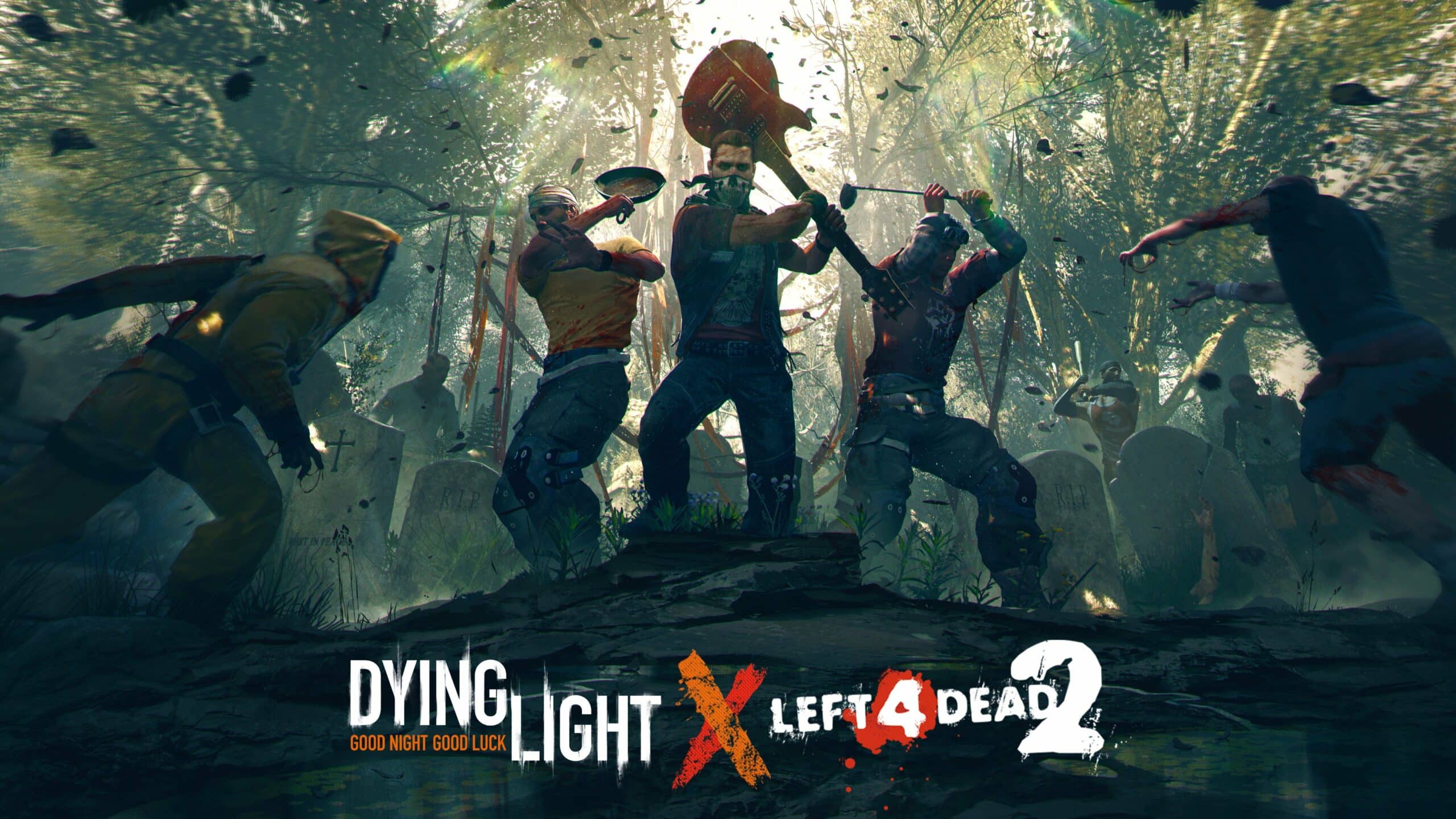 Even with Techland working hard on Dying Light 2, scheduled to release in “Early 2020”, they still have time to support the original and that is awesome. Techland has announced a Dying Light X Left 4 Dead 2 crossover event coming to the game soon.

Techland revealed the Dying Light X Left 4 Dead 2 crossover event in a Tweet from the game’s official account. At the time of writing, no additional details about the event have been made available. Check out the tweet below.

Survivors!
Are you ready for some serious zombie slaying? #left4dead2 style is coming! pic.twitter.com/Lv4XXyf8Jn

So what we know for sure is that you will be killing a tonne of zombies, “Left for Dead 2 style”. No word from Valve or Techland has been given about what this crossover event will entail, but judging from past updates, it is going to be great fun, to say the least.

This will likely be some sort of timed-mode for Halloween that will either feature characters from Left 4 Dead 2 or iconic maps from the game or both if Techland’s previous free updates are anything to go by. It is simply fantastic to see the developer continuing to support the original game that was released all the way back in January 2015 and there is no doubt that they will keep their promise of supporting the sequel for at least four years after launch.

Are you excited for the Dying Light X Left 4 Dead 2 crossover event and what do you want to see from developer Techland? Let us know in the comment section below. In case you missed it, check out some Dying Light 2 gameplay below.

Over 7 Million People Sat and Watched the Fortnite Black Hole