Sports gaming fans can be forgiven for being stuck in a state of Deja Vu in 2020 with regard to their favourite annualized sports title. The folks at Konami must have seen this coming from a mile away ahead of the release of the eFootball PES 2021 Season Update. They ran with the admission that not much would change in-game but we do at least get to enjoy the benefits of a polished up product at a lower price point. With their focus now clearly on 2021’s release of PES on the Unreal Engine, what exactly are you getting for your buck right now? Refinements to what already was a compelling take on the beautiful game and not much else, unfortunately.

The series has long been criticized for its staid look and feel, and this year’s edition is no better in that regard. With just a change of colour scheme to the same menus from its predecessor, you might as well be navigating PES 2020. And same goes for the game modes. The only standout is the Euro 2020 (now 2021) license which isn’t too exciting at the moment with the tournament proper many months away. So the immersion and relevance aren’t quite there just yet. This of course is not Konami’s fault. Instead, it highlights that content-wise, this is all we’re getting between now and the new game next year. The sweeteners are all in! 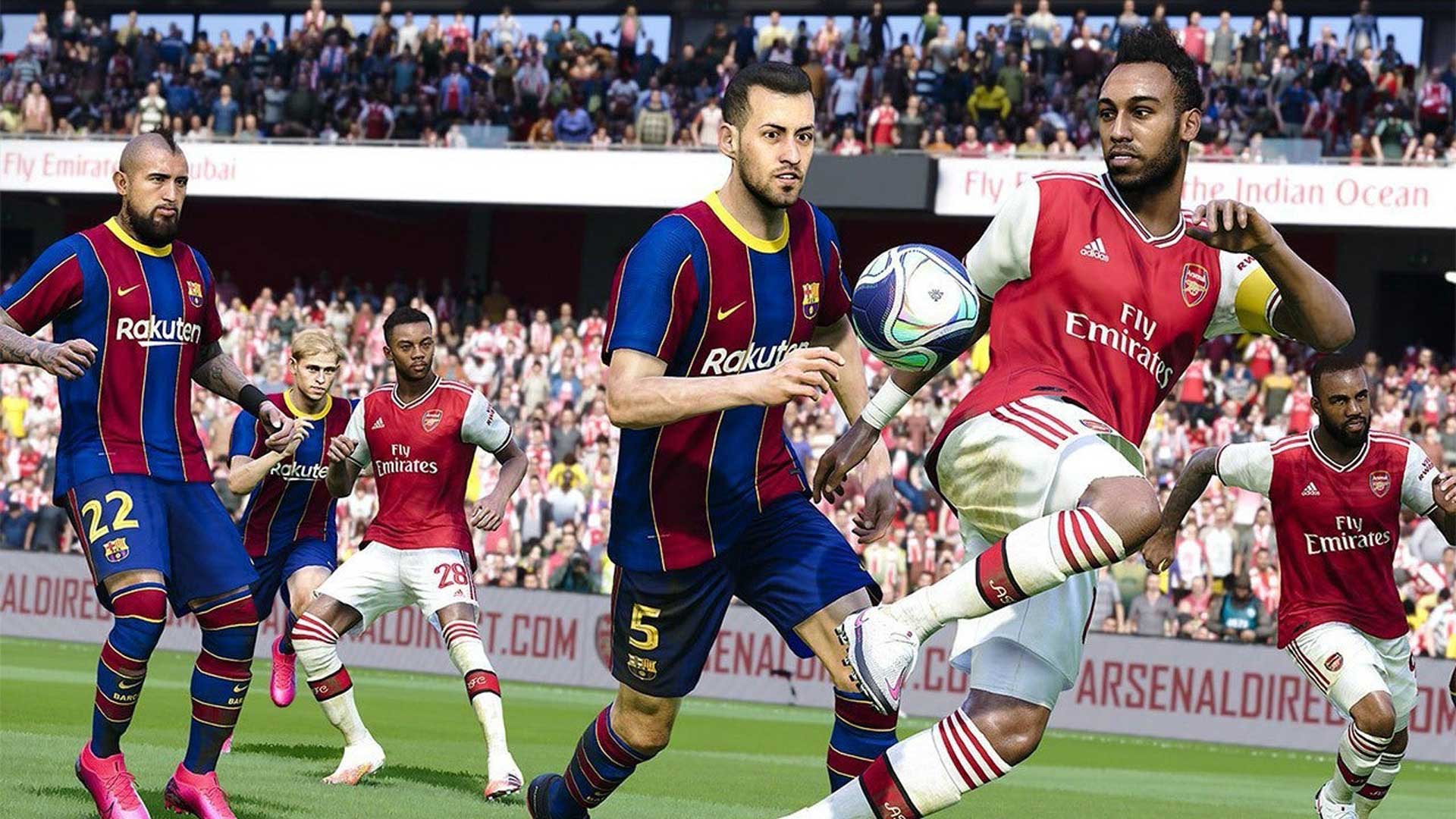 So what of the beautiful game? eFootball PES 2021 Season Update at its core is an amazingly engaging and challenging take on football. The metamorphosis of eFootball PES 2020 throughout all its update cycles. With the players feeling planted and the ball physics resembling those of an actual football, you immediately feel tied to your player’s actions.  Especially compared to FIFA which still has a lot of a float and glide feeling across the pitch, a miscalculation in its efforts to be smoother (not literally, EA!!). Like many games in the series, the Season Update will take your delicate combinations of buttons and slight changes in direction and translate them into fluid offensive and defensive actions.

That fluidity is also the hallmark of the tinkering you can do from a tactical standpoint. Whilst the team management interface needs serious updating for future iterations, you’re still able to bend your starting XI to your will on the pitch. Couple that with Manual Controls and you can really string together some gripping passages of play, playing how you want to play. The unpredictability of Manual passing means you’re able to push the ball into parts of the pitch the CPU hasn’t considered thus opening up the variety of attacking and defensive moments. Against a human opponent, the experience is amplified tenfold with momentum rocking to and fro throughout the match. I don’t think I’ve been bummed about a bad result because the play on the pitch was so engrossing and engaging. 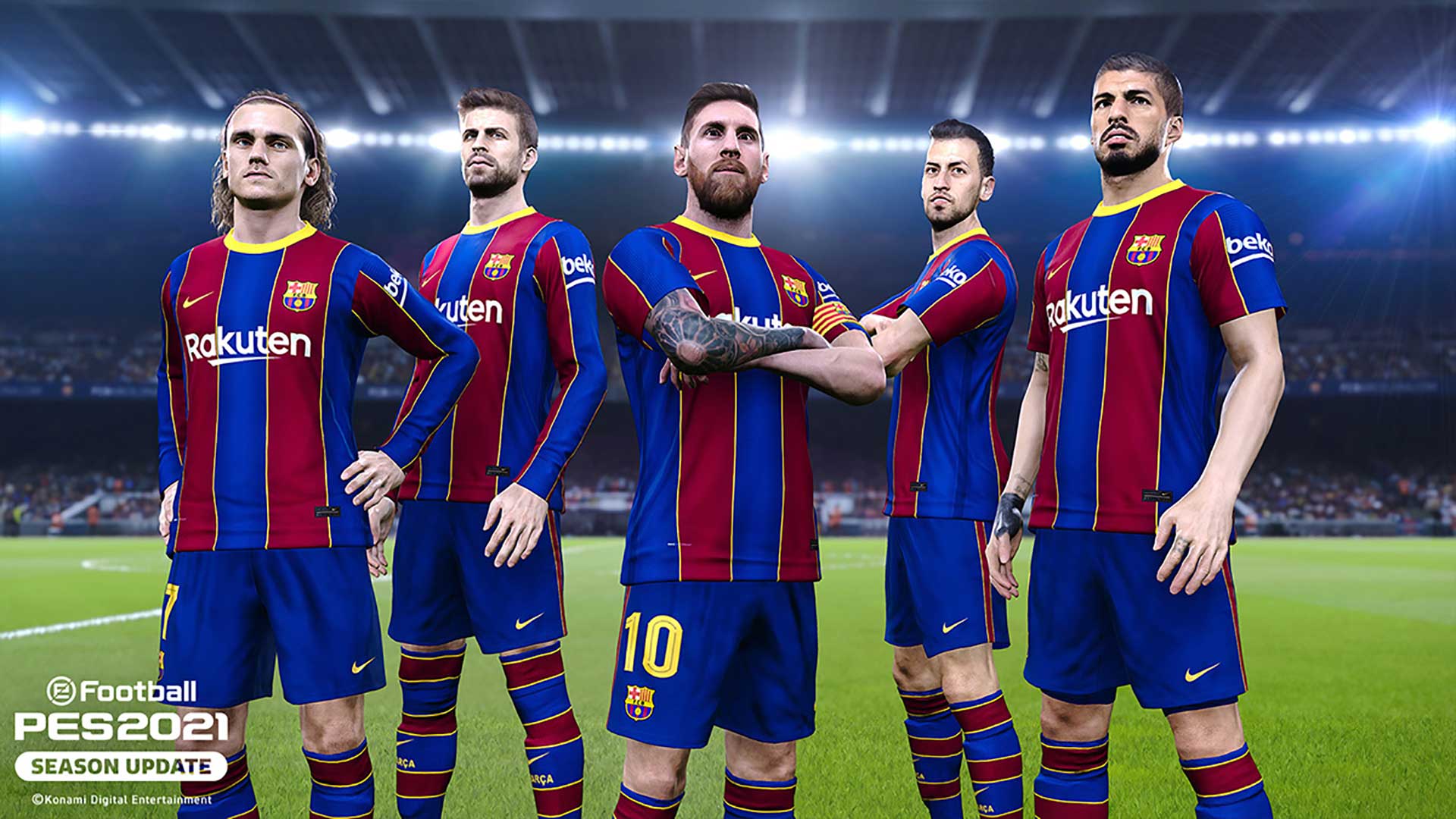 For all the things it does so well, there are some counterintuitive traits to PES. From the small, like how shielding the ball means not touching a thing on your DS4. It’s a strange caveat choice of (non) control that I struggle with to this day. Other issues are more glaring. Off-the-ball movement on defence will have you tearing your hair out. Whilst a mix of closing down and Super Cancel allow you to manage most defensive situations, it’s the preceding inaction that causes stress.

A lack of responsiveness in player switching will have you already on the back foot when you’re fully in control. Couple that with the fact they also struggle to keep up with an attacker in a foot race, and you soon realise that attacking in PES works a lot better than its defensive counterpart. It’s curious that in a game that’s polished up its fluidity, the player switching isn’t as optimal as could be. Whilst collisions are improved, the man in the middle still lets way too much go and will have you staring at your screen in disbelief as to what’s been deemed fair play. 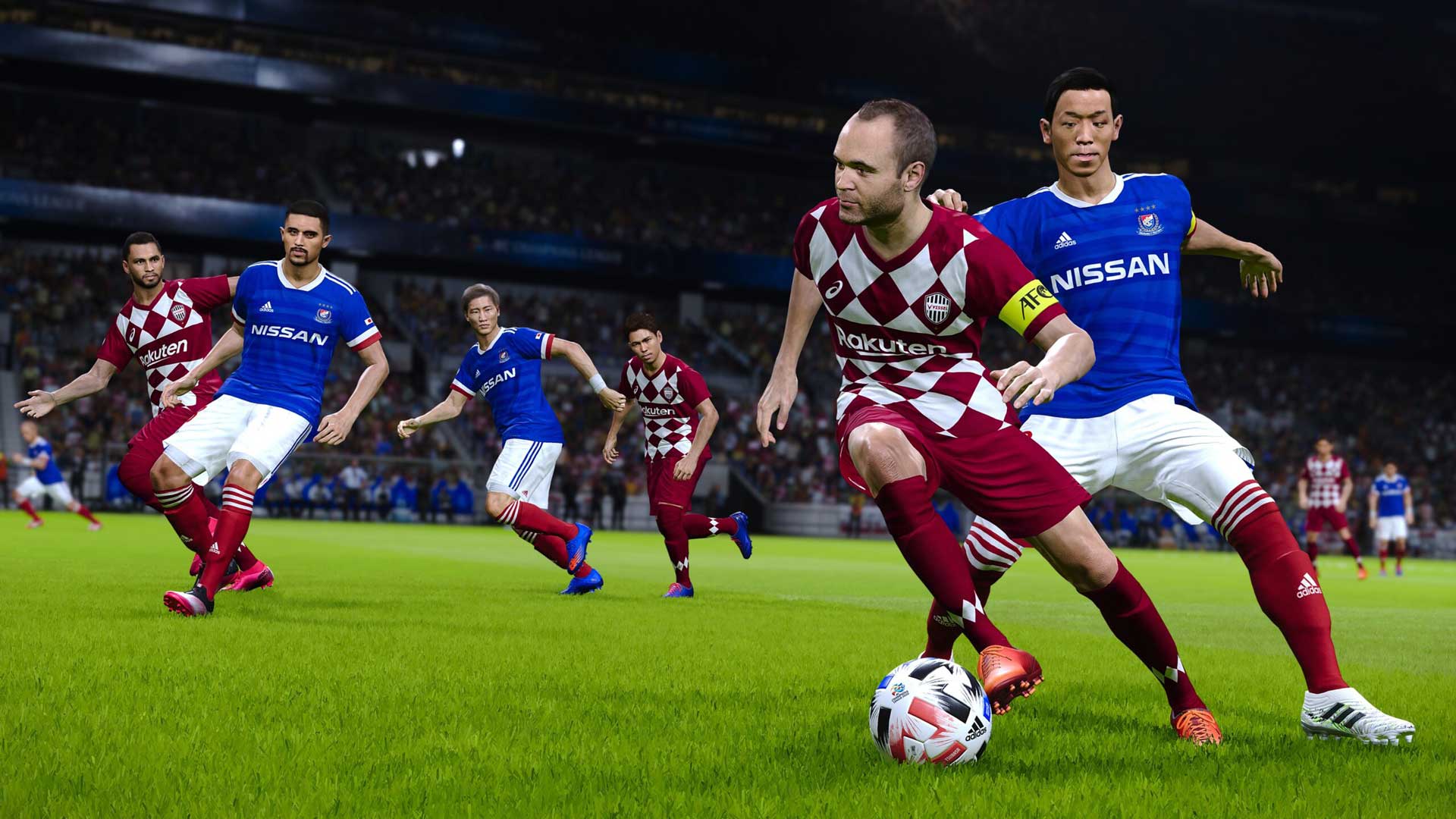 Some of that nuance goes out the window however when you head online and get into MyClub, the game’s equivalent of FIFA Ultimate Team. Whilst the job of acquiring new players, both past and current, and putting them together as a squad to challenge with presents an interesting idea, you’ll have to assess whether you’re a fan of what seems to be a win-at-all-costs environment. As much as you’d like to play the beautiful game, hope your opponents play in the same spirit.

You’ll know soon enough as kickoff brings with it the much-employed spam tactics synonymous with online play. To its credit, MyClub is not as money-hungry as EA’s fantasy iteration, with the grind allowing for some sufficient rewards without the need for real-world cash. Online Divisions offers up a more balanced approach with standard real-world teams with which to fight your way up through the leagues. It’s a nice alternative from the overpowered stats and players in MyClub. Simply put, eFootball PES 2021 Season Update is a great place to start if you’re new to the series or for fans of last years game who feel the price point is fair. It represents the purists take on football with a few additional tweaks required and potentially on the horizon. That could lead to it becoming tighter and more balanced, the least we deserve for our patience and understanding. Hopefully focusing on next-gen doesn’t mean we’re underserved on the update front. For the next year, players will need to find enough variety in the passages of play and the moments they create, as there’ll be little to no variety left elsewhere in the game. eFootball PES 2021 Season Update does exactly what it says it does. Fortunately, with its solid foundation, refinement means more of what we like and even less of what we didn’t.