Looking for something to watch this August on Netflix? Some highlights this month include the anticipated The Witcher: Nightmare of the Wolf anime film. Monster Hunter fans can also look forward to a dedicated animation also arriving on the service. Season 4 of Good Girls is also here. Here is everything arriving this August on Netflix.

Though claims of extraterrestrial encounters have long been dismissed, many believe the existence of UFOs is not just likely, but a certainty.

Survivors and ex-leaders of the so-called “conversion therapy” movement speak out about its harm to the LGBTQ community and its devastating persistence.

Max S. reveals how he built a drug empire from his childhood bedroom as a teen in the real story behind the series “How to Sell Drugs Online (Fast).”

Someone intent on seeking vengeance for Luis starts targeting students and teachers at the high school as Sofía rushes to solve the latest mystery.

As Gotham Garage’s star rises, Mark broadens his business strategy beyond “upgrade and trade” as he courts clients with big ideas and deep pockets.

With an anyone-can-cook attitude, Paris Hilton adds her own flair to every dish. Fun is just one edible glitter bomb away on this unique cooking show.

Cocaine Cowboys: The Kings of Miami

Two childhood friends go from high school dropouts to the most powerful drug kingpins in Miami in this true story of a crime saga that spanned decades.

A man searching for the truth behind his wife’s death becomes caught up in a dangerous web of secrets and intrigue stretching from New York to Tel Aviv.

From amusement to awe, the nine human emotions of Indian aesthetic theory are explored in this anthology series.

A music-loving kinkajou embarks on a thrilling journey from Havana to Miami to fulfil his destiny and deliver a love song for an old friend.

A single mother breeds locusts as high-protein food, but has trouble getting them to reproduce — until she finds they have a taste for blood.

Medium Yoh Asakura enters a battle tournament held every 500 years, competing with other shamans in a bid to become the all-powerful Shaman King.

Phil Wang tackles getting older, dating again, unusual foods and other things that have been on his mind in this special filmed at the London Palladium.

More paws-itively purr-fect fun awaits as Gabby and her dollhouse friends find new ways to learn, create and celebrate in a whimsical world of joy. 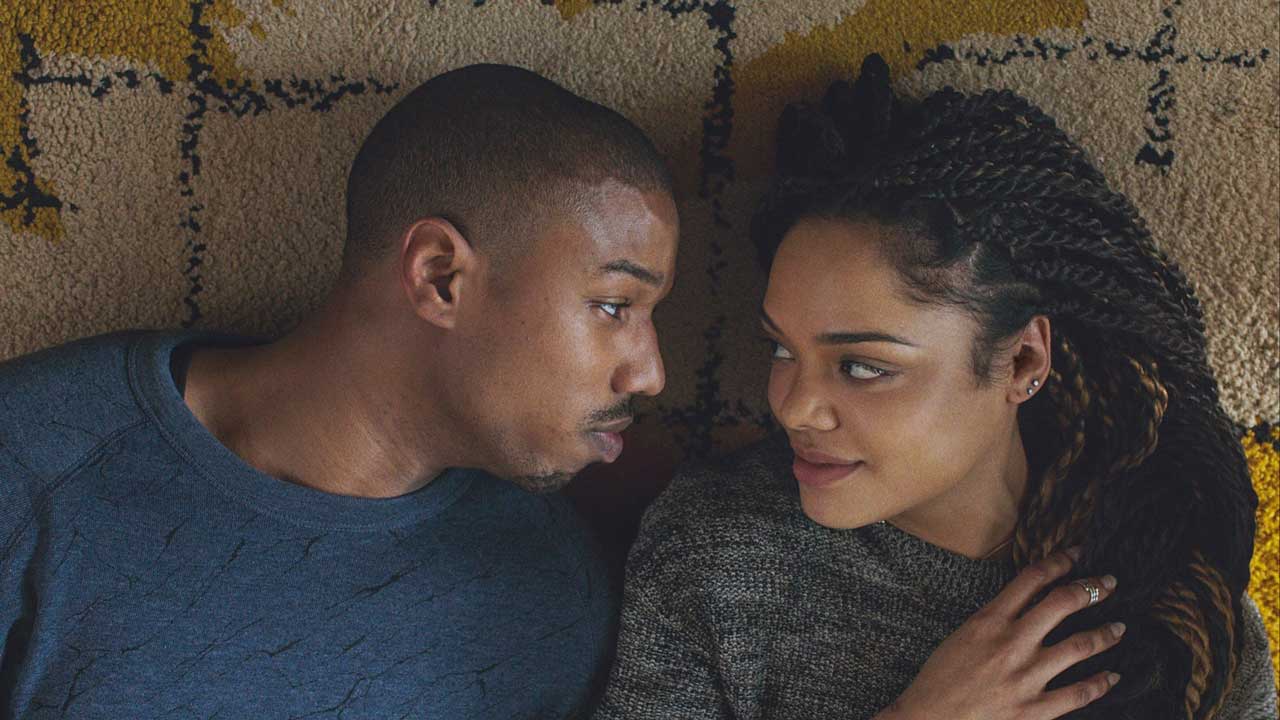 What happens when athletes control their own narratives? This series delves into iconic sports moments and personalities and provides viewers with unique perspectives on the games they love to watch.

Expert bakers elevate desserts with next-level ideas and epic execution. Now the battle is on to win over clients in need of very special sweets.

It’s the summer before Elle heads to college, and she’s facing the hardest decision of her life: whether to move across the country with her dreamy boyfriend Noah or fulfill her lifelong promise to go to college with her BFF Lee. Whose heart will Elle break? 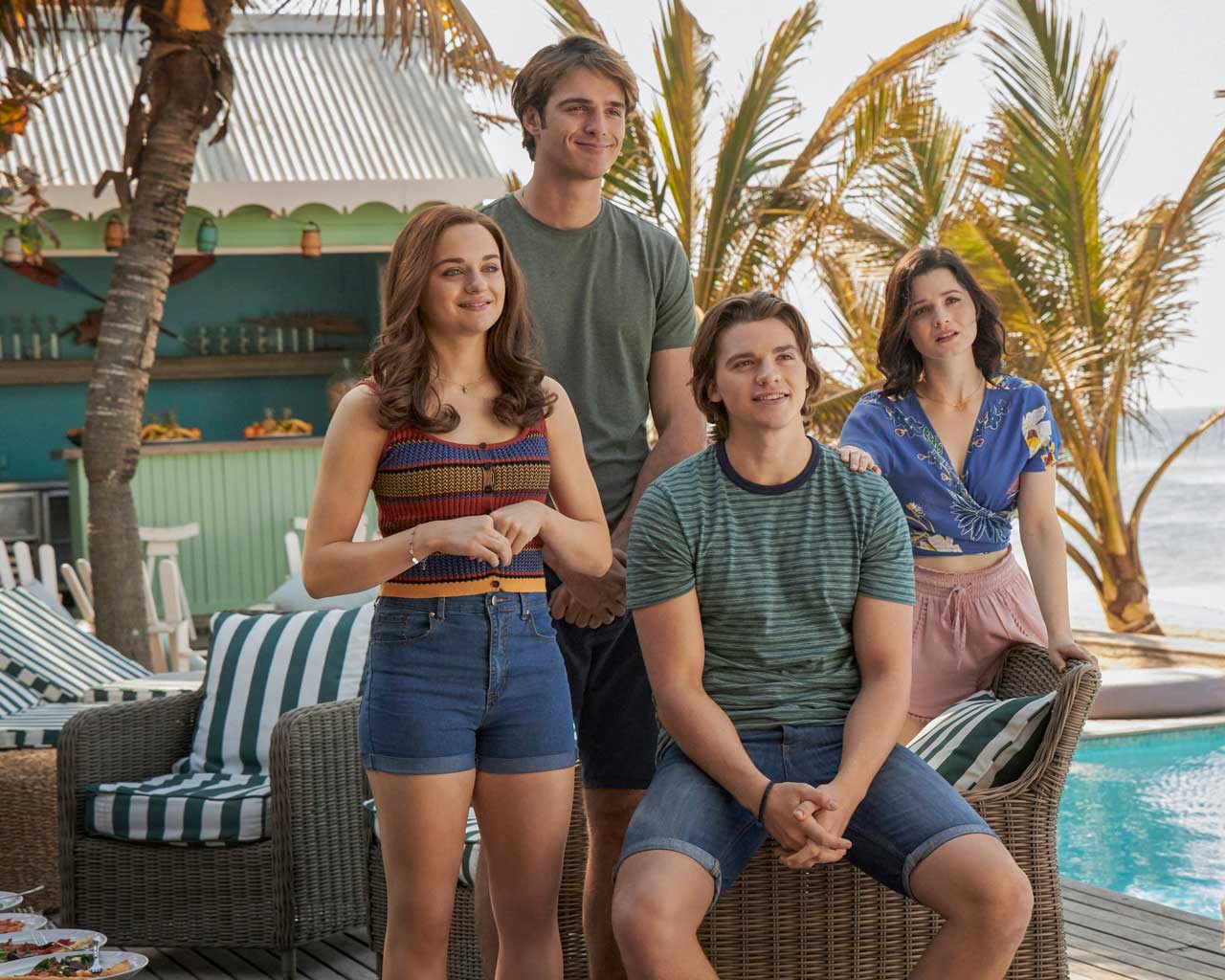 Misha and the Wolves

As a little girl, she escaped the Holocaust and lived among wolves. Or so she says. In this extraordinary story, is there room for the truth?

The bullied outcasts at the prestigious Al Rawabi School for Girls plot a series of risky takedowns to get back at their tormentors.

WFH, homeschooling, hand-washing, no hugs. In this post-pandemic world, comic Lokillo Florez brings much-needed laughs about life as we now know it.

Monster Hunter: Legends of the Guild

In a world where humans and fearsome monsters live in an uneasy balance, young hunter Aiden fights to save his village from destruction by a dragon.

A filmmaker heads to Hollywood in the early ’90s to make her movie but tumbles down a hallucinatory rabbit hole of sex, magic, revenge — and kittens.

Ten years after losing the two people he loved most, a man finds himself plunged into another dizzying mystery when his girlfriend suddenly vanishes. 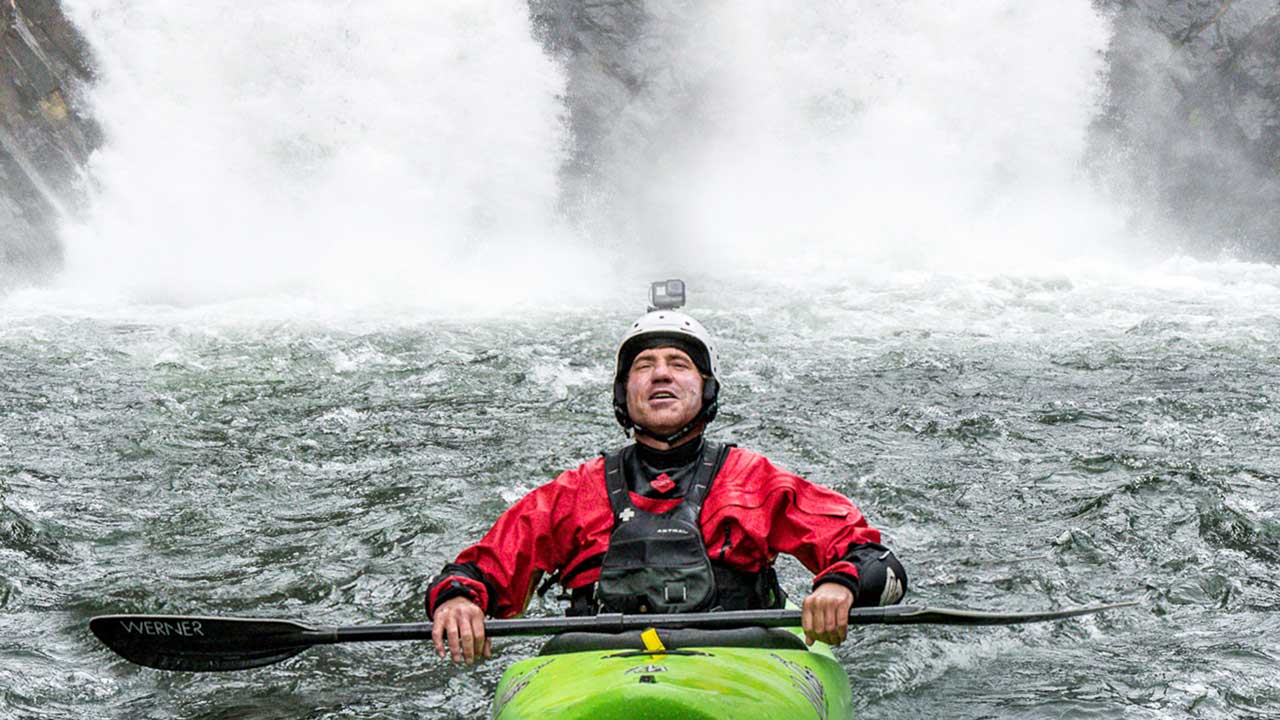 After his running mate’s murder, a controversial preacher ascends as Argentina’s presidential candidate. But nothing about him is as holy as he seems.

The four friends support and lift each other up as they each make momentous decisions that will affect their respective careers and love lives.

When Tony, the heart of the “Spy Racers” family, is captured by Russian arms dealers, the team travels to the South Pacific to save him, and foil a plan to take over the world in the process.

Following a tragic car accident in Greece, Beckett, an American tourist, finds himself at the center of a dangerous political conspiracy –– and on the run for his life.

Whether helping out his friends or making new ones, Cory is always on the move and ready for any adventure that comes his way! In the summer of 1946, an American cop arrives in Berlin to help create a police force in the chaotic aftermath of the war.

Out of my league

Tired of swiping through the dating scene with her besties in tow, a charming yet awkward woman with a rare genetic disorder sets her sights on love.

The Secret Diary of an Exchange Studen

Looking to shake things up, two best friends embark on a life-changing adventure abroad as exchange students. But can they stay out of trouble?

The dark secrets of a seemingly peaceful island threaten to swallow up an orphaned student when he grows close to a mysterious new teacher.

Memories of a Murderer: The Nilsen Tapes

British serial killer Dennis Nilsen narrates his life and crimes via a series of chilling audiotapes recorded from his jail cell.

At a major university, the first woman of color to become chair tries to meet the dizzying demands and high expectations of a failing English department. 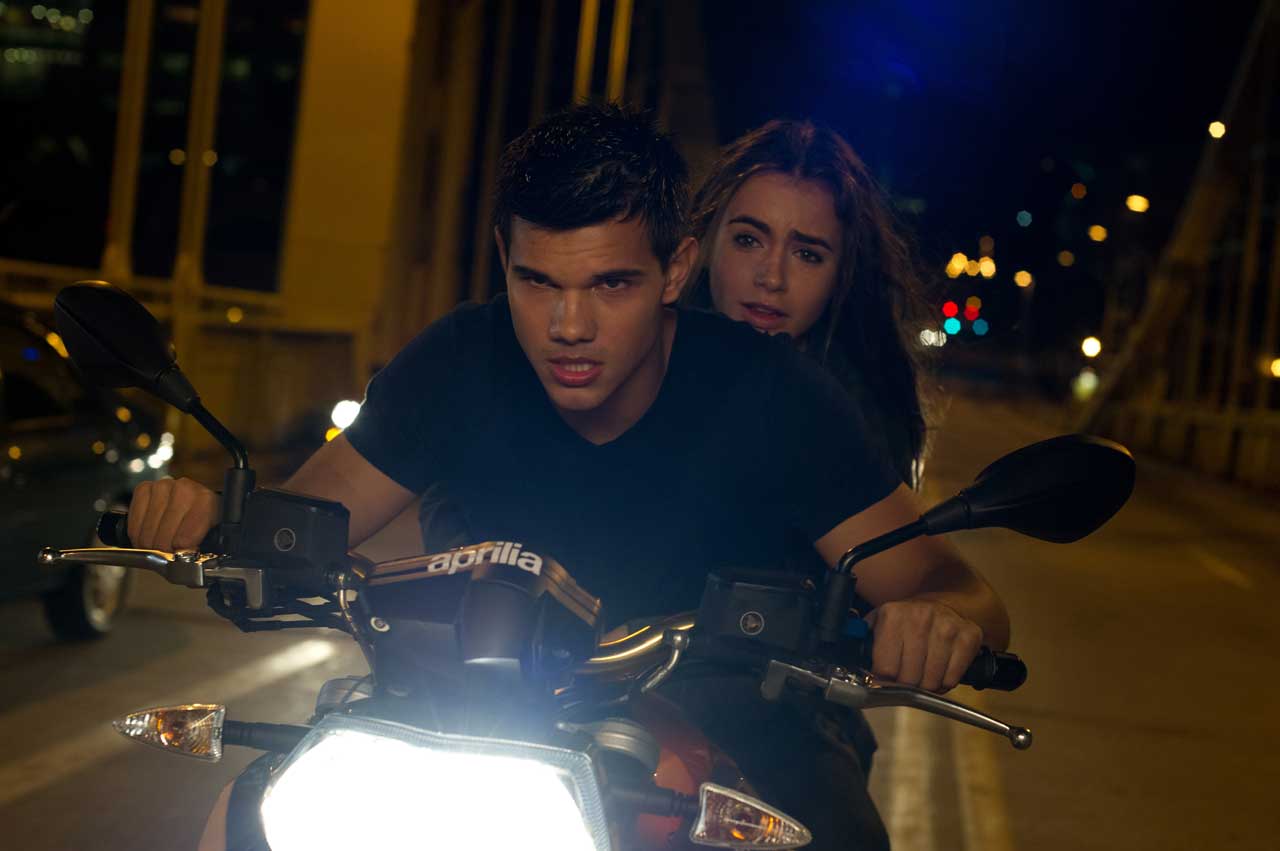 Everything Will Be Fine

After falling out of love, a husband and wife create unconventional rules to keep their family together for the sake of their daughter.

Devoted family man Ray Cooper, vows justice against the pharmaceutical company responsible for pulling a potential life-saving drug from the market just before his wife (Adria Arjona) dies from cancer. 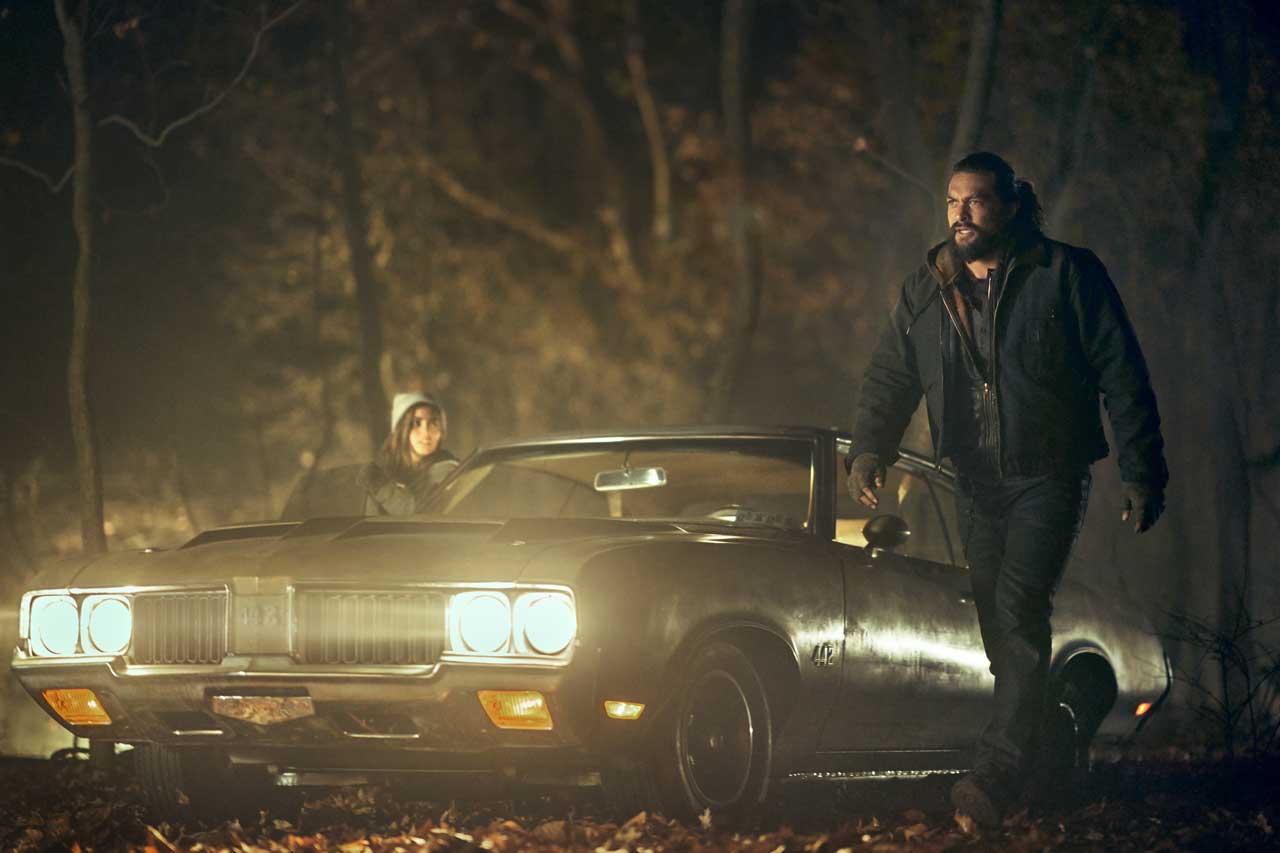 As the middle child and only boy in the large Loud family, Lincoln struggles to feel special, but this all changes when the family travels to Scotland.

The Witcher: Nightmare of the Wolf

The world of “The Witcher” expands in this 2D anime film that explores a powerful new threat facing the Continent.

In this colourful series made for preschoolers, Oggy is an adorable baby kitten who has silly adventures near and far with all of his friends.

In the aftermath of tragedy, a teen finds herself at a memory disorder centre, where she bonds with other patients who have experienced similar traumas.

In this thriller series, eight different points of view provide tantalizing clues to the perpetrator of a gruesome crime fueled by social media.

Two budding hospitality entrepreneurs look to expand their empire by renovating an old motel in Ontario — just as the COVID-19 pandemic hits.

John of God: The Crimes of a Spiritual Healer

The never-before-seen story behind the prolific landscape artist and host of “The Joy of Painting,” Bob Ross.

The McKellan’s are continuing their extended reunion with more laughs, joy, and Black family magic.

Aboard the Edens Zero, a lonely boy with the ability to control gravity embarks on an adventure to meet the fabled space goddess known as Mother.

A tennis pro who’s slipped down the rankings returns to the French Open in a bid to prove to everyone — including himself — that he’s not done yet.

SAS: Rise of the Black Swan

A special forces operative travelling from London to Paris with his girlfriend takes action when armed, ruthless mercenaries seize control of their train.

He’s All That reimagines the original plot of the 1999 teen classic She’s All That. The contemporary story follows an influencer (Addison Rae) who accepts a challenge to turn the school’s biggest loser (Tanner Buchanan) into prom king.

Optimistic Arlo and his eclectic group of pals learn how to live together in a community, where everyone has their own idea of what’s fun.

A sports reality series chronicling the lives, both on and off the field, of members of the Valdosta High School football team.

At a crossroads, a woman moves to a seaside village where she meets a handyman intent on helping his neighbours.

Under the watchful eye of the Feds, Beth, Ruby and Annie consider the perks and pitfalls of their work — all while Dean and Stan do the same.

Four teams comprising 16 of India’s funniest entertainers engage in battles of wit and wisecracks in hopes of being crowned the ultimate comedy champs.

After he’s taken under the wing of an eccentric corporal, a young Korean serviceman’s

What are you watching this August on Netflix? Let us know down below. It goes without saying that you can become a member here.

Lifestyle | Entertainment | Everything New on Netflix This August
a