Advertisement
Five Epic Gaming Fails of the past Several Months 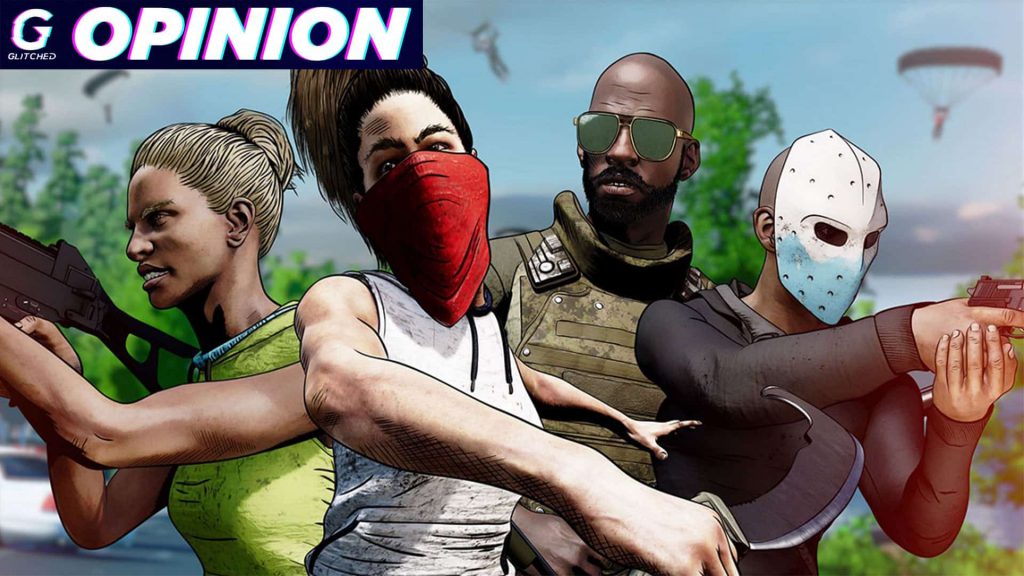 We have moved to an awesome new site. Check it out here It has been an eventful year in gaming we some high points and definitely some low points to discuss. The latter has brought us some epic gaming fails and these seem to be increasing as the year progressed.

I normally don’t like to use the word “epic” but quite honestly, there have been some epic fails from developers, publishers and even a pro esports player. These “fails” had me pushing my palm up to my face for days on end. Join us in a collective facepalm as we discuss the epic gaming fails of the past several months.

The Culling is a Battle Royale game developed by American studio Xaviant and if you haven’t heard about it, I won’t blame you. Following an Early Access stage, the game fully released in October 2017 and honestly, it wasn’t all that fun to play, to begin with. Then in July 2018, the developer released The Culling 2, a game that nobody ever asked for. The Culling 2 had such an atrocious launch that the developers were forced to pull the game from Steam, with a 249 player count as its best “achievement”.

The game’s Director of Operations, Josh Van Veld, admitted their mistake, stating that:

One thing that has emerged very clearly for us is that The Culling 2 was not a game that you asked for, and it’s not the game that you expect as a worthy successor to The Culling. So, with that in mind, we’ve decided that the best course of action is to take that game down off of store shelves.

Yes, no one asked for this, what a complete epic gaming fail.

Karmic Justice for the Aegis

Don’t you just love it when the universe serves up an unthinkable helping of karmic justice? Well, that’s exactly what happened during The International 2018. As most Dota 2 fans know by now, OG did what nearly everyone thought impossible. The comeback kings managed to not only do well during the esports tournament with the biggest prize pool ever but actually win the whole thing.

That’s not the epic fail if you were wondering what’s going on. No, the epic fail came from professional player Fly. This long-time friend of N0tail and co-creator of OG, Fly, left the organization and took S4 with him in a shocking turn of events a few months before The International 2018. N0tail and the rest of OG were left in a position where they had to go through the gruelling qualifiers.

No one thought they would make it far into the tournament. Now hold onto your horses, here comes the best part. In an interview by Kaci with Evil Geniuses at The International 2018, Fly was asked why he left OG and said the following:

The team hasn’t worked for a long time and I can say personally that I lost a lot of motivation. When the whole situation arose where I could join EG, I felt a new surge of motivation where I felt like this is really a team I could win with, as opposed to the previous team where I felt we kind of hit a dead end. In the end, I want to win and I want to do it with teammates I believe in.

There you go, the decision for Fly to leave OG and what he said in the interview might have been one of the biggest esports fails I’ve ever seen. OG walked away with the lion’s share of the biggest prize pool in esports history, and while EG still did well, they are no doubt licking their wounds and Fly is eating his words.

In April this year, the Belgium Gaming Commission declared Loot Boxes to be illegal and many big publishers, including the likes of Blizzard and Valve, respected that decision. However, Electronic Arts did not. EA’s CEO Andrew Wilson even said that they don’t think FIFA Ultimate Team card packs could be “considered any form of gambling”. So, a country doesn’t want Loot Boxes and considers them illegal under the law of a said country, EA refuses to even disable them in their games for Belgium.

EA’s stubbornness to respect Belgium’s decision has resulted in what many would consider being a fitting turn of events. That’s why earlier this month the Belgium government took things further, reportedly launching a criminal investigation into EA. The mega-publisher’s inaction has resulted in an investigation by the Brussels public prosecutor’s office and if said office decides to prosecute, the case of EA’s Loot Boxes will be taken to court. Honestly, no matter how big a publisher is, they should still respect the decisions of a country and what said country feels is best for their people. Epic fail EA, Epic Fail!

Everyone and their cat knows that Xbox is far behind the competition this generation with no way to catch up anymore. One of the reasons for this is definitely due to the lack of exclusives on the Xbox One. Now keep this in mind, because apparently, that doesn’t stop Microsoft executives from blurting out complete nonsense and pushing their PR level to the maximum.

Enter Aaron Greenberg from Xbox Marketing, who is probably the only person on the planet who doesn’t think Xbox One needed Crackdown 3 in the all-important holiday season. Speaking to GamesIndustry.biz recently, Mr Greenberg noted in no uncertain terms that Xbox didn’t need Crackdown 3 and best of all, they are happy with the current state of Xbox One exclusives.

We’re going to get Forza Horizon 4 out. We didn’t need Crackdown or any of our titles in this holiday window. We’re planning to launch that in February, and then after that, we will launch Ori and the Will of the Wisps. We like to have a steady cadence of content throughout the year. But there is more than enough content this holiday. That’s why we’re working with so many third-party partners to showcase their games and help drive our platform during that window.

Although I can understand that it is his job to deliver good PR, it would have been better to just not say anything at this point. Apart from Forza Horizon 4, Xbox One owners are in for a dry holiday season. It is an epic fail on Microsoft’s part, not because of the delay which can be understandable but saying that they are actually happy with the state of affairs is truly mind-boggling.

The Plagiarism is Real

Plagiarism is, without a doubt, a terrible thing to do and something everyone working in the industry should always watch out for. You might have seen it rear its ugly head from time to time, but what transpired in August this year left me shocked. IGN, the biggest gaming website in the world, got into some hot water due to plagiarism accusations relating to their Dead Cells review. IGN’s review was nearly a word-for-word copy of the one from YouTube channel Boomstick Gaming, as is showcased in the video below. Sure, there are a few changes here and there, but there are just so many similarities that I find it difficult to defend IGN in any way.

Shortly after the review went live and plagiarism accusations started flooding in, IGN removed the review, explaining that:

On August 6, IGN published a Dead Cells review that was found to have unacceptable similarities to another author’s work and was immediately retracted. We apologize again; see our full statement here.

Let’s face it, this was quite an epic fail and shows that no matter how big you are, plagiarism is never overlooked or shoved under the rug. Write your own stuff and come up with your own ideas to avoid being part of the inevitable epic fails compilation of 2019.

Which other epic gaming fails can you think of what happened the second half of 2018 alone? Let us know in the comment section below and share your stories with us.