The Man in the High Castle Season 3 was released last Friday on 5 October 2018 and it made my weekend. No, in fact, it made my entire year. After binge-watching the season, one thing is certain. Season 3 takes the show to the next level and since it was already so good, to begin with, that’s saying something.

For those who haven’t watched the TV series, The Man in the High Castle takes place in an alternate history of 1962 where the Axis powers won World War II. The series mostly takes place in the US, which is divided into the Greater Nazi Reich and the Japanese Pacific States. It is, without a doubt, a dystopian world where a tonne of characters from all sides of the equation lives, telling their stories all with an intriguing sci-fi aspect thrown into the mix as well.

Please note: If you haven’t watched Season 1 and 2 yet, turn back now. Further, this article is relatively spoiler free and we’ve steered clear of specific details and revelations for that purpose. Images from Season 1 and 2.

Although the first two seasons were brilliant, it sometimes felt quite depressing and extremely dark. Season 3 continues this trend but there is one big difference. The third season finally goes deeper into The Man in the High Castle’s sci-fi routes. We’ve all seen the tapes as a focal point in the previous seasons, but in Season 3 the sci-fi aspect gets much more attention.

For those unfamiliar, the series is based on the 1962 novel of the same name by author Philip K. Dick and after watching the first season, I instinctively went to the novel for even more. It is, without a doubt, drenched in a sci-fi theme which remains in the background for quite some time. Now, with Season 3, the dark and depressing story gets lifted up to new heights with the sci-fi element featuring an alternate reality. Going into this topic any further would be considered spoilers, so let’s move onto the next point. 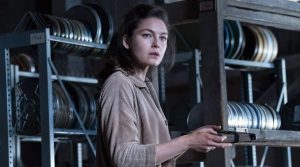 Although the story very much still has Juliana Crain (brilliantly portrayed by Alexa Davalos) as the centre of it all, there is no denying that John Smith shines the brightest during Season 3. Smith, or should I say SS Oberst-Gruppenführer, is a character that shows, in my opinion, the most growth through the third season. The aftermath of the Season 2 finale with Smith exposing an internal threat to the Reich has made him somewhat of a hero.

However, Smith is dealing with a lot, from his son, Thomas’ sacrifice to his wife coming undone at the seems, he continues to (and struggles with) his all-important duties. Since Smith is set to encounter the tapes, I could just feel the character’s growth. Smith is simply so intriguing because every time you think he will crack under the pressure or make a decision that goes against his Nazi ways, he throws a surprise at you. If there is one character I would never sit across from at a poker table, it is John Smith. Although the character’s name might be common, his personality, interests and development throughout Season 3 is anything but. Impossible decisions, loss and duty all work in tandem to show the character’s many strengths and weaknesses.

John Smith, in a sea of stars and intriguing characters, manages to outshine them all and in a TV series as deep and intriguing as The Man in the High Castle, that’s saying something. 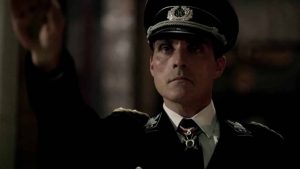 Although I always try not to draw direct comparisons between entertainment options, be it in gaming or in TV series, I simply have to with this one. The Man in High Castle Season 3 simply feels so much like Game of Thrones, where you have to follow a plethora of characters. Things might seem confusing at first, even if you watched the first two seasons multiple times. However, after the first two episodes, the story pacing and jumping between characters really just clicks.

Without fail, The Man in the High Castle Season 3 keeps up a relentless pace, throwing different story elements at the viewer. Sure, it might not be something you can watch without paying much attention, but the reward for focusing all your attention on the story and characters is remarkable.

There are more characters to keep track of than ever before but none of them ever felt left out or just pushed aside. Instead, the series has grown into something even more intricate in Season 3. It shows in every single episode, which is an achievement on its own. 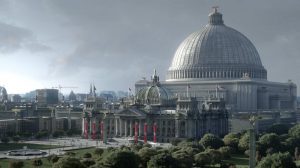 Relationships in the Reich

There are very few TV series out there that can do relationships the right way, and even fewer that manages to make you care about them. The Man in the High Castle Season 3 not only builds upon relationships that have been brewing since the first season but introduces new elements. The dystopian setting helps introduce new hardships and a feeling that self-preservation almost takes the front-seat. That’s why when a relationship between characters grow despite these extreme conditions, it really is something special and makes for an intense experience.

Love interests from a variety of characters come to light in Season 3 and you see characters grow stronger for it, including a same-sex encounter which really caught my eye. For the first time this year after watching dozens of TV series, relationships and love interests didn’t feel forced in the slightest. Instead, it showed character growth and just made certain characters deeper. One could feel the struggle of the characters and how even in the Greater Nazi Reich, expressing who you are is still possible, although extremely dangerous. 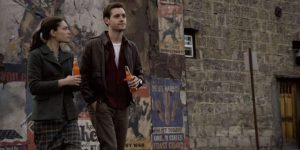 It feels like The Man in the High Castle series creator, Frank Spotnitz, just said: “hold my beer” and went all out with Season 3. Although the previous seasons felt a little bit safer, Season 3 goes all in with no safety net. As mentioned earlier, there are even more characters to keep track of and the show fleshes them out extremely well.

With so much going on and the third season focusing on multiple plot twists all at once, it still manages to deliver an astounding amount of balance. Not to mention that after the first half of the season, I had this frightening feeling that no one single character is completely safe. That’s a feeling that the first couple of seasons of The Walking Dead managed to get so right and The Man in the High Castle Season 3 seems to have perfected this formula of fear for each and every character, no matter their station in the Reich.

Well there you have it, five reasons you absolutely have to watch The Man in High Castle Season 3. If you haven’t watched the show at all yet, then I highly suggest you do as it is one of the best to watch.

Are you a fan of The Man in the High Castle? Let us know in the comment section below and please try to avoid spoiler comments for those who have not watched Season 3 yet.

Catch the third season of The Man in the High Castle on Amazon Prime Video today.