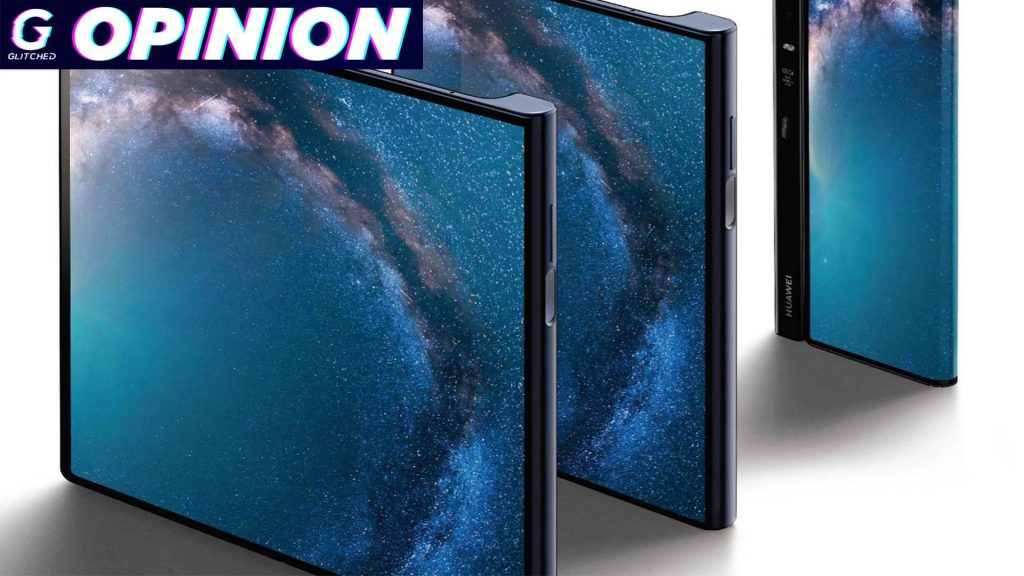 Mobile users are flipping out over foldable phones. 2019 seems to be geared up as the year of the foldable phone. Big mobile brands like Huawei, Samsung, Motorola, and Xiaomi have either revealed their foldable phones, or are working on it. But is this new mobile trend worth buying into?

These are some of the reasons it might not be the best idea to invest in one of the foldable phones on the market just yet.

The Design Could Be Gimmicky

Motorola just announced that it’s working on its own version of these new phones. The VP of Global Product, Dan Dery made a good point regarding the design of the foldable phones from other mobile brands.

We have been testing a plastic OLED device with plastic film on top. The fact that you’re touching [that kind of display] with your nails is scratching it. It has a short life right away; it starts dying the day you unpack it.

Motorola’s intention would not be to put the display outside. When you know the scratching issues you would be facing, you will have something that is very rapidly not usable.

As the displays of some of these new devices are currently on the outside, we can imagine that those screens are going to be taking quite the beating.

Another possible design issue could come from the hinges on these new phones. Those of you who used flip phones when they were still all the rage, know that the hinges do become worn out after extensive use. This same issue could creep up with foldable phones, too.

Based on the possible design issues, it might be a good idea to hold off on the trend until we’re sure these new phones have better builds.

Compared to what Samsung is looking at charging for its newly announced Galaxy S10 and S10+ devices, these two foldable phones have hefty price tags.

And what are you paying for? When a phone has a big asking price, consumers might opt to fork out more money for a premium device, with cutting edge features. It’s debatable whether the current foldable phones have any standout features, other than being able to fold.

The current high asking price makes buying a one of these new devices less appealing and it might be a good idea to hold off to see if the prices decrease as the hype dies down.

We’re all about the new trend of mobile phones being bolder, versus them all looking and doing the same things. However, foldable phones don’t look as sleek as, for instance, the iPhone XS or newly announced Samsung S10. They also don’t look as premium as devices with similar price tags would look. The current devices all appear kind of cheap and plastic, nothing like the steel and glass finishes of other premium mobile devices.

Not only are the current foldable phones that have been revealed, ugly, but they’re bulky too. Huawei did brag about its Mate X is 11mm, but if we’re really being honest with ourselves, a foldable phone is probably a nightmare to handle and store.

These new phones are one of the hottest trends in the mobile market at the moment. But trends come and go. Mobile phones and devices, in general, have evolved so much, that the foldable phone trend might not be a lasting one. Many consumers might ask themselves why they would even want a phone that folds? If they wanted a bigger screen, some consumers might opt to buy a phablet or a tablet, perhaps writing off foldable phones as a useless hybrid.

To spend over $2 000 for a mobile trend that has no guarantee of lasting is maybe a financial risk that many consumers can’t afford to take.

Yes, we all want to be cool-kid early adopters and boast the latest devices and gadgets on the market. But the biggest reason not to invest in a foldable phone just yet is because they’re first generation devices. So, you don’t want to spend a hefty sum of money on a device that hasn’t had enough time on the market to identify its issues.

It’s sometimes good to wait to see if a trend lasts and to see whether further resources will be invested in making these new devices better by mobile makers. The next generation of foldable phones will probably have many upgrades in terms of thinner, more durable designs, and might even be cheaper than the first generation of the new devices.

Although the foldable phone trend is exciting and fun, it’s maybe not the best time to invest so much money into devices that are so new to the mobile market.

Are you thinking of investing in a foldable phone?