Before I get into the Folklords comic, a little backstory is in order. Once upon a time, there was a little girl who loved stories, and she would spend every waking moment pestering those around her to tell her or read her some fantastical tale. This is a story about that girl. Believe it or not, I haven’t always been the cold-hearted, horror-loving fiend that I am today. My first love was the fairytales of my childhood, and I can still remember vividly how important they were to me as a child.

If you want a quick peek into what it was like having me as a child: I would make my dad tell me stories (which he had to make up fresh each time – no repeats for Arielle) for hours on end. There was also the expectation of different voices, feeling and always a twist. When my dad was finally allowed a break, I would INSIST on bedtime stories. But these had to be read to me by mom, from a select few books that I approved, and my mom would have to read until I fell asleep. Meaning my mom would end up reading herself to sleep pretty much every night as I would refuse to sleep while there was still a tale to be read and heard.

This love for stories has grown with me through the years, albeit into a somewhat more dormant love. However, when I picked up the Folklords comic for the first time, all those warm fuzzy feelings just came bubbling up to the surface once more – there was a new fairytale to be read, and Arielle was ready for it. 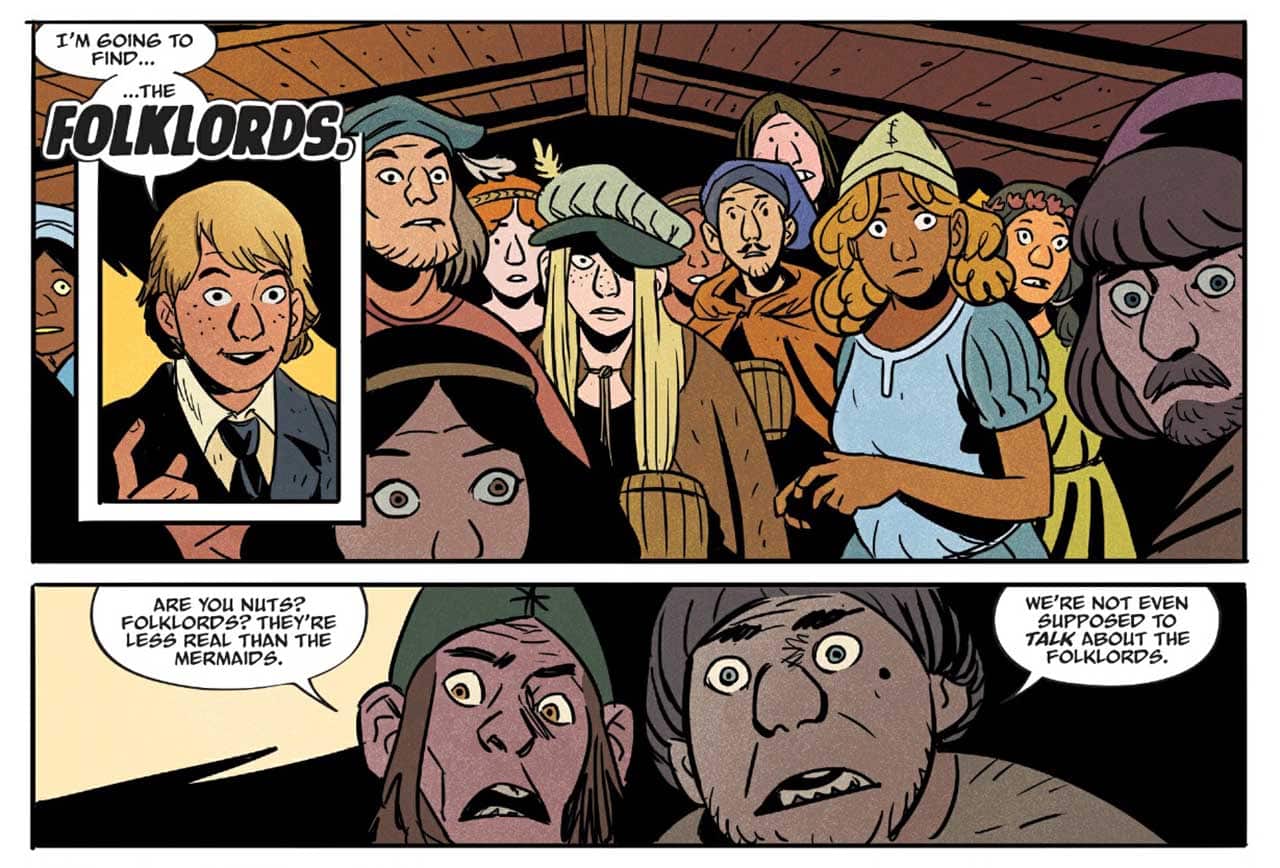 Folklords takes place in a world filled with magic, monsters and folktales. We follow Ansel, a young man who has never felt like he belonged in this world and is haunted by visions of another world… Our world. With Ansel’s 18th birthday approaching, it is customary for him to declare his “Quest”. While all of Ansel’s friends opt for the traditional “save the maiden from the tower” style quests, Ansel has something else in mind.

Ansel declares that his quest will be to discover the legend that few are brave enough even to speak about out loud. He is searching for the only beings who can help him find the answers he seeks, The Folklords. Plot twist: looking for the Folklords is a forbidden quest and is punishable by death. Ansel will be putting everything on the line to search for a fable he doesn’t even know is true and hopefully, find out why he never seems to belong. 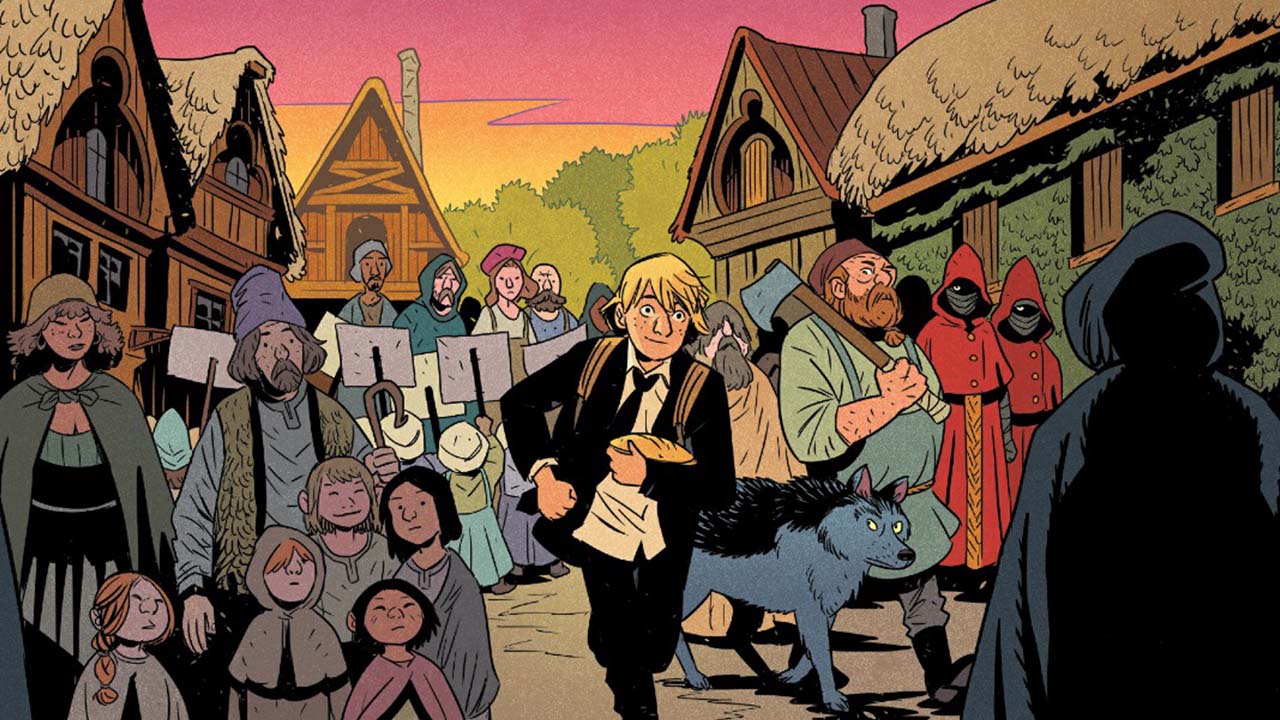 Anyone who’s ever read or watched a fantasy story knows the formula well. An average person leading an everyday life gets suddenly swept into a fairytale world. Folklords takes this well-seasoned formula and reverses it. Ansel isn’t longing for quests, adventure, treasure or riches. He longs for suits, technology and just everyday life free of the magic he’s grown up around.

It’s not often that I find myself engrossed in a lighthearted folk story about goblins and ghouls, but that’s precisely what happened when I started reading Folklords. The story is intriguing enough and with a creeping sense of danger that it’s hard to put down, and the art takes me right back to my childhood sense of awe with every single page turn.

It’s not easy to create a modern fairytale that will appeal to anyone regardless of age. Yet, somehow that’s what the team behind Folkloards managed to pull off. Folklords isn’t a long read, consisting of only five issues. But, like any good fairytale story, it leaves you feeling fulfilled but also wanting more. 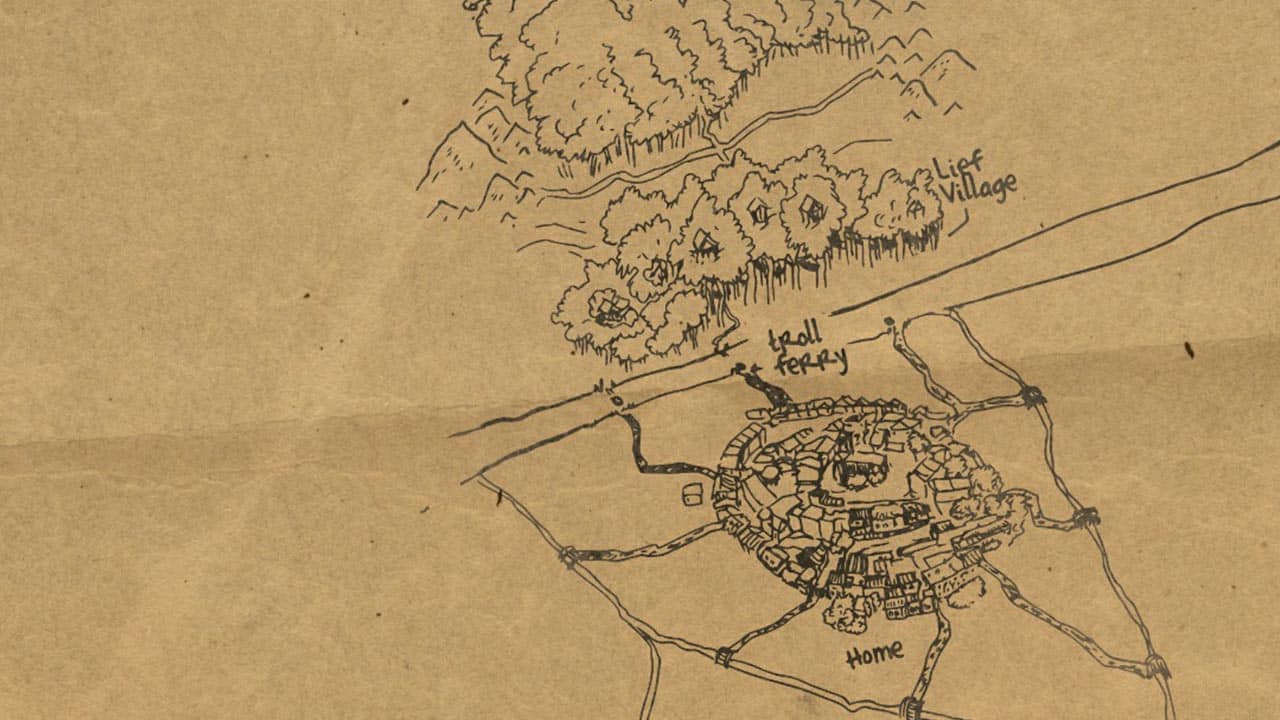 At the end of the day, It’s not that Folklords is doing anything groundbreaking or new. It’s that they’ve taken something that works and built upon it – the magic that is Folklords is in the details. For example, suppose you buy the physical comics, the back page of each issue shows a map of Ansel’s known world which grows from issue to issue. It’s a minor detail, but it lets Folklords stand out in a crowd and live in your heart and mind long after the story has been said and done.

As someone who used to love being read bedtime stories, Folklords captured that exact feeling for me. I lay in bed, surrounded by comfy pillows and for a few hours before sleep claimed me, I was teleported in a world of fantasy and adventure, entirely unlike my own. Combined with a protagonist who mirrored the world I know all too well, and you’re left with a modern fairytale, unlike anything that’s come before.

Want to grab Folklords for yourself? Head over to Critters and Comics or click here. The series is currently available in the following formats: Digital or as five Single Issues