Advertisement
Fortnitemares Unleashes in Fortnite Battle Royale: What You Need to Know 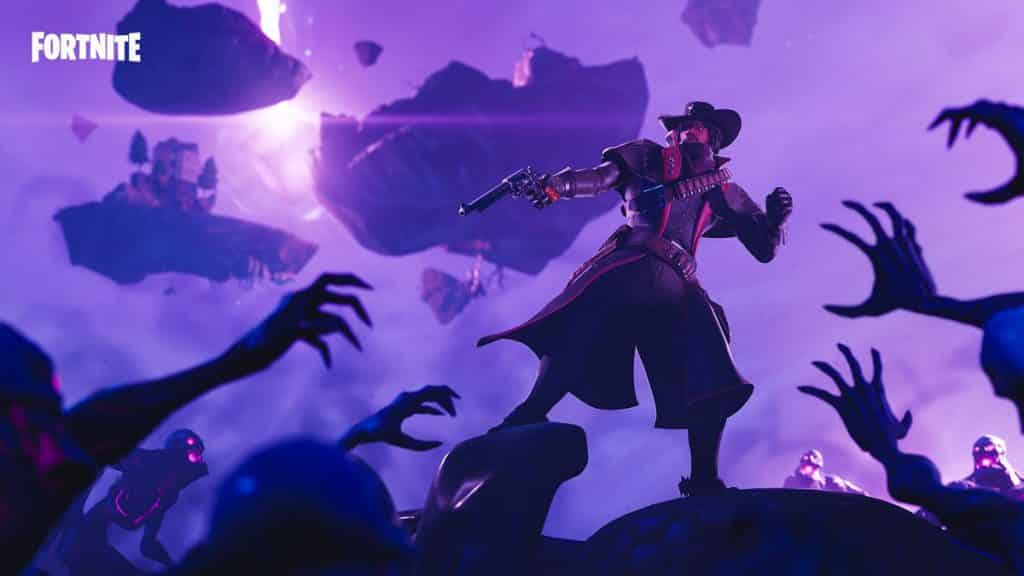 Darkness has risen with all manner of “haunting happenings” across Fortnite’s Battle Royale as well as Save The World modes. Fortnitemares brings a new enemy to Battle Royale, and once again opens the gates of Hexsylvania in Save The World. It is important to note that Fortnitemares isn’t a limited time mode, but a limited time event, meaning it rolls out changes across all the battle royale queues.

If I am not mistaken, then Patch V6.20 is one of the biggest, if not the biggest patch released in the game, and it completely changes Fortnite’s battle royale with the addition of PvE. It also introduces new weapons, cosmetics, and new reactive outfits that change appearance during every match.

Completing the Fortnitemares battle royale challenges unlock special cosmetics as rewards. The first challenge tasks you with destroying Cube Monsters and dealing damage to said monsters with Assault Rifles or Pistols. You also have to visit a Corrupted Area in different matches, and lastly, dance at different Gargoyles. A new set of challenges appears every few days, and if you complete it all you are rewarded with the Dark Engine glider.

Talking about gliders. With patch V6.20, Epic is testing the new glider re-deploy mechanic across all game modes. You are now able to re-deploy your glider when you are at least three stories high (10m). Testing will run for three weeks. 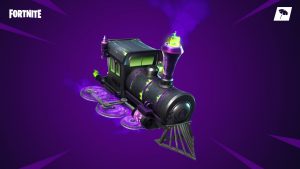 New weapons include the sexy Six Shooter and the Fiend Hunter Crossbow. The Crossbow is a Fortnitemares limited time weapon and is available in an Epic variant. It sports 40 base damage at 1.8 shots per second and deals 4x more damage against monsters. It has unlimited ammo with a seven arrow magazine size. You can get it from Vending Machines, chests, and floor loot. The Six Shooter is available in Uncommon, Rare and Epic. It deals 34 / 36 / 38 base damage and uses medium ammo. If you shoot from the hip it releases a faster fire rate, and when the situation calls for more precision, aim down the sight. Collect it from floor loot, chests and Vending Machines.

What would a trick or treat event be without a grand outfit to match the occasion, and in Fortnitemares it’s the Deadfire Outfit.

This new type of reactive outfit features in-match progression, giving you a way to show off your skills in style.

The Deadfire Outfit cycles through two styles based on two factors during every match. The first is damage dealt to both AI and human enemies, and the second is how long a player lasts in a match. It comes with two reactive cosmetics that you can pick up in the store; the Shackled Stone Back Bling, and the Dark Shard pickaxe. 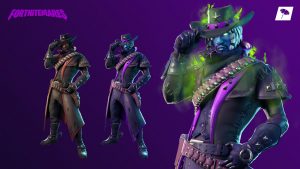 Patch V6.20 also brings new Playground challenges, a new mini-game, and changes to the Spiky Stadium for battle royale. The Port-A-Pirateship mini-game is a re-creation of the minigame shown off by SXVXN and spawns two large wooden Pirate ships. It splits players into two teams, and the goal is, of course, to destroy the other team’s ship. 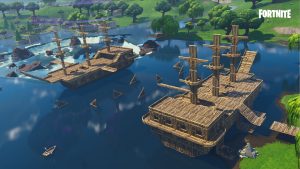 Spiky Stadium v2 sees players respawn at designated spawn points inside the stadium playspace. This is activated once you step inside. There are Vending machines aplenty to provide grenades and Traps. The new Port-A-Challenge set includes; the Building Challenge, Obstacle Course, and Firing Range minigames. There are four of each type with varying difficulty.

On a side note, according to The Verge, Epic doesn’t want you calling the Fortnitemares monsters, Zombies.

They’re officially ‘Cube Monsters.’ Across Fortnite, we don’t refer to any enemies as ‘zombies.’ In Save the World, you have ‘Husks’ and ‘monsters’ of various names and types.