There’s no other racing franchise like Forza Horizon. The game has grown from strength to strength offering unrivalled open-world racing for fans. It is also incredibly accessible compared to the majority of racing games on the market. If you want tough then you can pump up the AI difficulty to the max, decrease the driving assists and you have yourself a challenge. You can also take things slow and let the game help you ease into the challenge with easier Drivatars and some decent driving assists. That is not to say other games don’t have these options but the Forza Horizon series has found the perfect balance between arcade and hardcore simulator racing. Forza Horizon 5 doesn’t necessarily feel like a new game. Instead, it has taken all the great mechanics and accessibility and tossed in new cars and a new location.

Watch our Forza Horizon 5 review in video form below

Instead of the overcast hills in the UK, the Forza Horizon Festival is now broadcasting live from Mexico and there’s a lot to enjoy here. The map is smaller and there’s an equal amount of snow, rain, beach and hills to drive across. However, the big change in Forza Horizon 5 is the freedom the game gives the player to create their own Horizon Festival. Instead of being dropped into the Festival as a rookie, the game takes place directly after Horizon 4 and follows the already-successful career of your previous character.

Forza Horizon 5 is a familiar playground

After creating your avatar, the game makes it quite clear that you are the “super star” and your incredible racing career in the UK has now led you to Mexico to participate in another Festival. The story works for the most part, it helps expand a bit on the usual rinse and repeat gameplay approach from past games. Being the superstar, I was now able to determine the flow of the Horizon Festival throughout the game. As I ranked up with XP, I was able to unlock new festival chapters by firstly choosing which main event to unlock and then unlocking new expeditions under each main event. 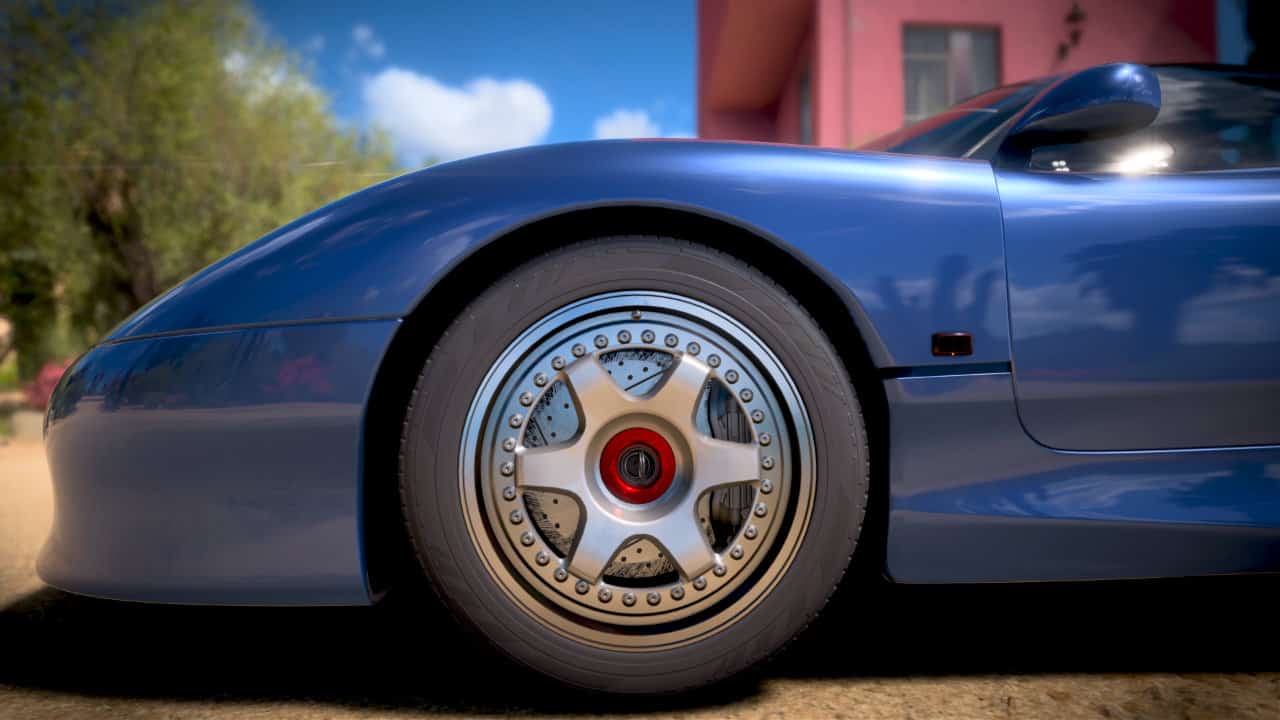 Each new unlocked event triggered new races and challenges to appear on the map. So in theory, Forza Horizon 5 is an empty open-world until you start deciding what races you want to participate in. For example, the street racing was the last event I unlocked. Up until that point, I wasn’t able to see any of the races on the map. The same goes for the cross-country tracks. They weren’t there until I levelled up and decided to expand the festival.

These choices helped ease me into the game. Instead of overwhelming me with hundreds of icons, I could focus on the races I wanted to do first and get to the uninteresting ones later. One event also unlocks all the side objectives like speed traps, jumps and stunts. 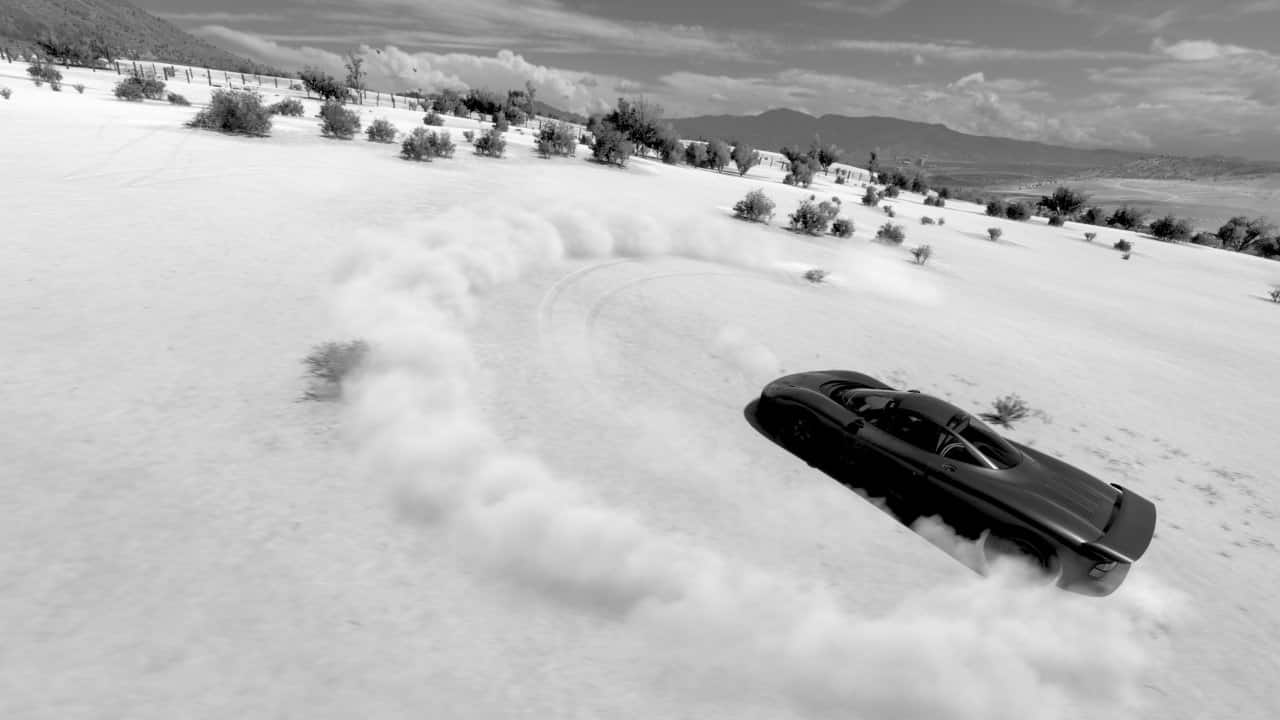 There’s also a lot to enjoy here when it comes to the process of unlocking the festival. Each new chapter ties into a story with a character and I was surprised to see how well fleshed out these chapters were. In one, I started racing a crop plane into a storm. It then crashed into the jungle that happened to be Aztec ruins. I then had to drive around taking photos of the statues, climbing the giant temples and of course, finding the crashed plane

I won’t say these chapters delivered amazing narrative-driven experiences but for a racing game, they weren’t that bad. Again, the emphasis here is on how this works and how the game unfolds the history of the land, makes this a compelling approach. 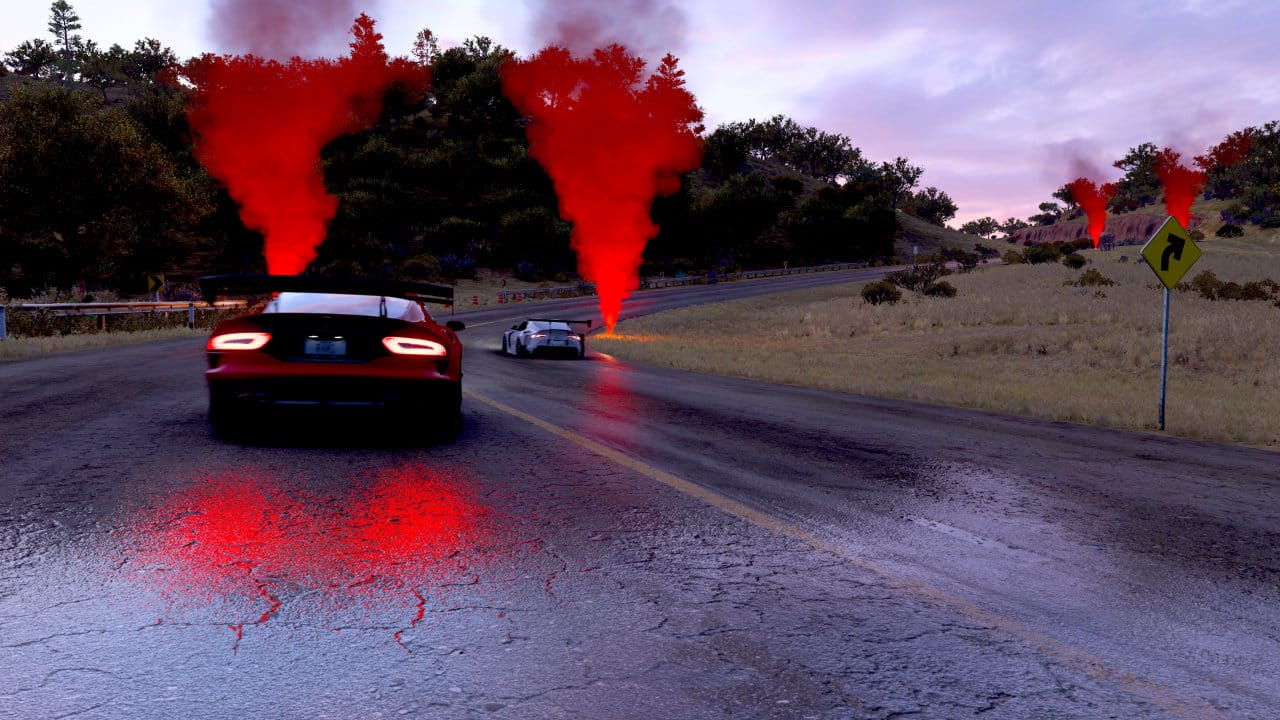 Of course, everything you do in Forza Horizon 5 will be from behind a steering wheel and the car roster is massive. Thankfully, Horizon 5 has implemented some great new incentives for firstly driving a specific car and secondly, for collecting as many as possible. Skill points are used to unlock specific perks across each individual car. Some range from free wheel spins to extra XP from skill chains. A few even extended the rate at which the combo meter depletes.

I then found myself spending more time behind the wheel of cars I enjoyed driving and invested my skill points into. My favourite car is definitely the Ford Bronco and having the extra wreckage XP gain from a skill I unlocked went a long way. 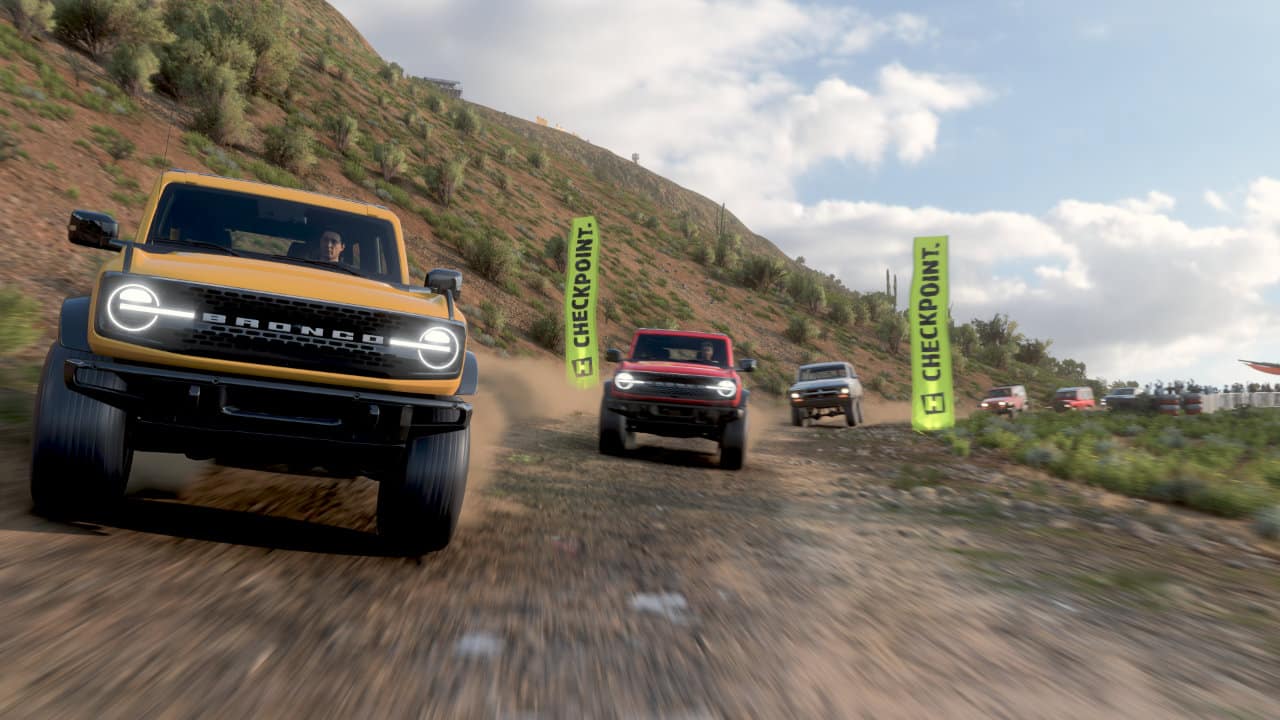 The car collection also rewards players for unlocking a specific number of vehicles in a brand. These rewards range from XP to credit and more. It sort of acts as a checklist and while you won’t obsess over this at the start of your adventure, it might be that end-game grind we need in the series. I could see myself with 500+ cars in my garage racing daily to obtain the last few dozen.

If you have played a Forza Horizon game before, this new entry won’t come as a surprise. The few additional changes I have mentioned are fun but the real enjoyment comes from the general gameplay. Hours went by as I raced across the world, sped through speed traps, mastered cross country tracks, unlocked new bar finds, completed each new chapter in the story and more. Sure, this can be said for every Horizon game but hey, a new place and new stuff to do should be enough to get your going. 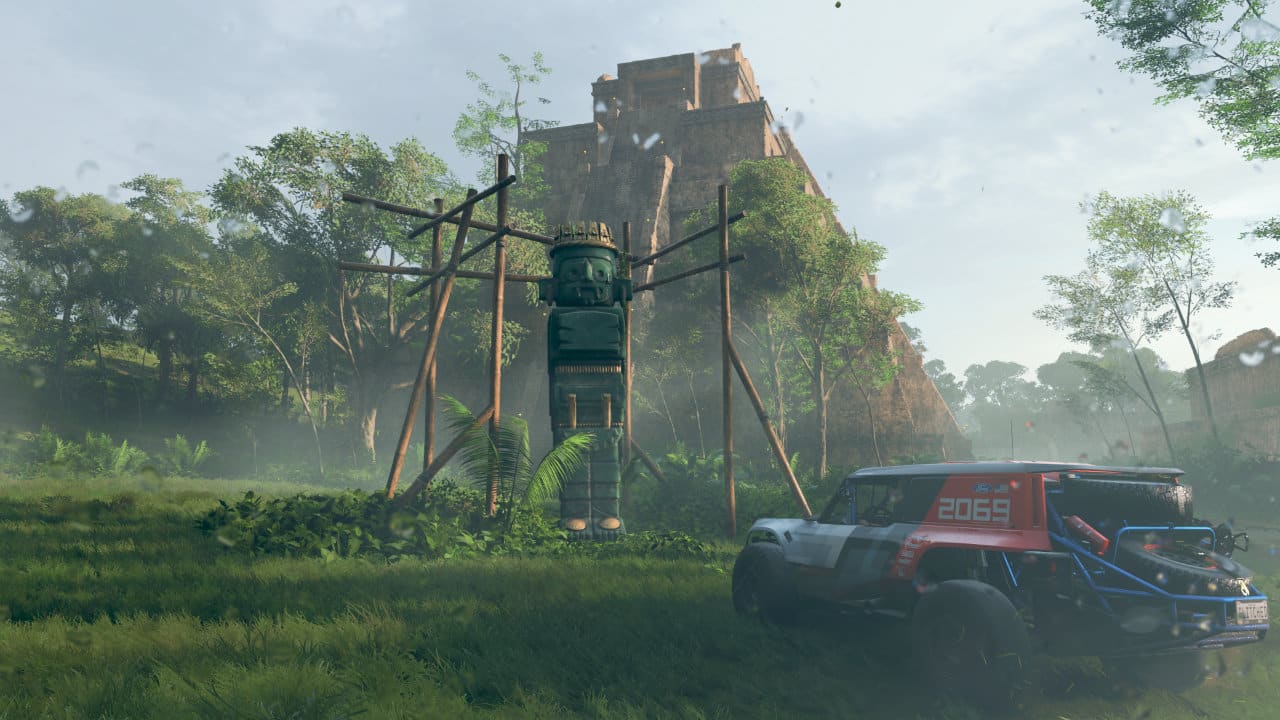 Mexico is also gorgeous and the game running on the Xbox Series X shows its true colours. Of course, Horizon 4 was just as pretty so don’t expect anything game-changing here either. It is pretty to look at, everything on the screen is incredibly detailed and the dynamic weather and seasons go a long way to create a unique experience while exploring the land. You can literally screengrab any moment in Forza Horizon 5 and it will look superb. It is just one of those games.

I especially loved looking at the cars I worked hard to obtain. The sheer detail across each vehicle was outstanding and the massive roster of over 500 cars is truly an achievement in game design. 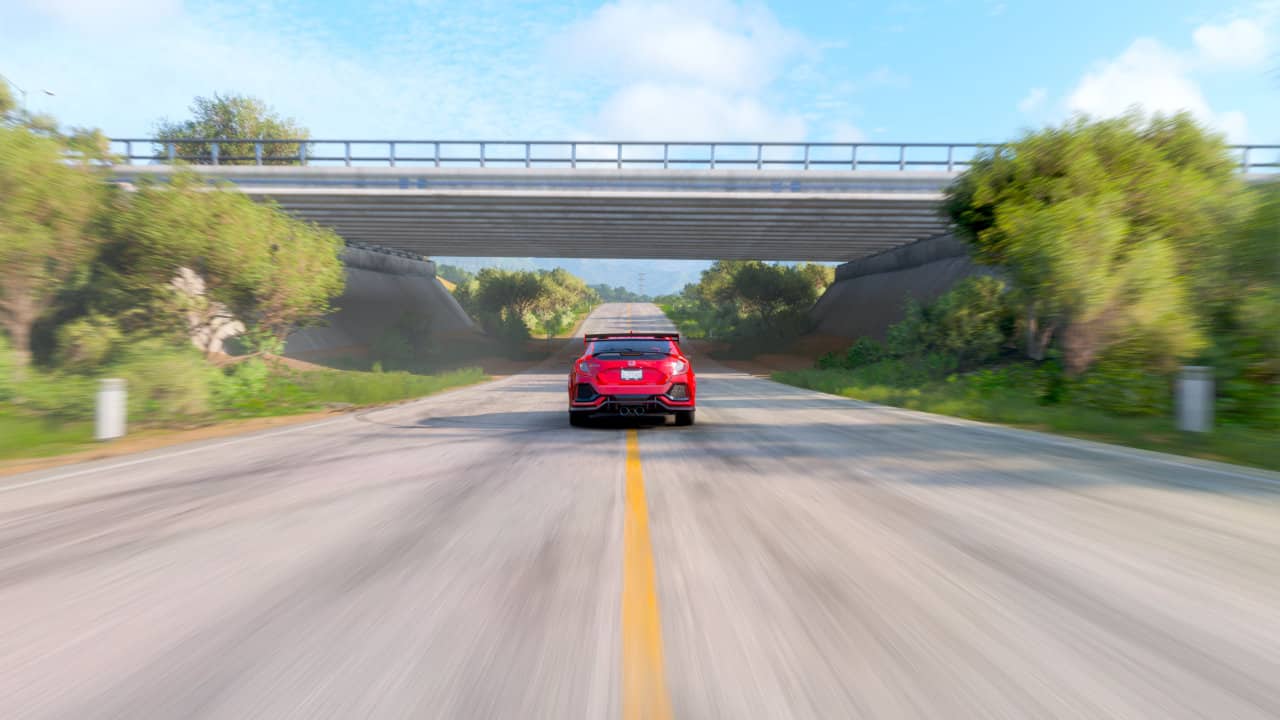 I also enjoyed the new EventLab creator where I could create custom races out of current ones available in the game. No doubt players will go mad over this and it will provide dozens of hours of unique content to explore. One specific one I spotted was a two-hour race that spanned the outer rim of the entire map. Each lap would take around 13 minutes and the event tasked players with 10 laps. That is just madness but still fun to see.

Forza Horizon 5 also plays well. As I mentioned before, the accessibility settings can make the game harder or easier depending on your play style. I started on easy and the game noticed I was winning easily. It then automatically asked if I wanted to increase the challenge. The tougher you make things, the more credit you earn. Nothing new here. 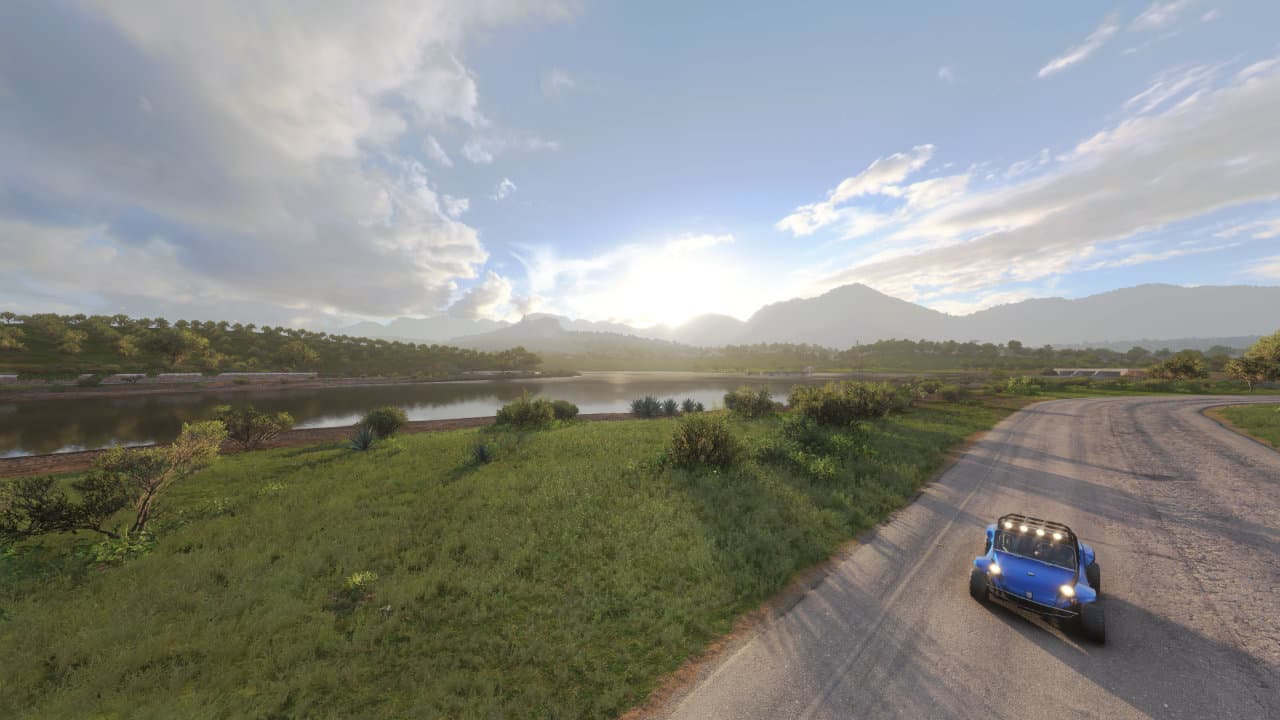 Multiplayer is also fun thanks to the community-driven events. I had to race around in a team and get as much air time with my car as possible to reach a team goal. We all then had to leap off a cliff to tally the total distance travelled down the hillside. I can’t wait to see the servers full up and these events happening.

At launch there’s no sign of any in-game currency for Forza Horizon 5. You can benefit from extra credit through purchasing a VIP Pass or Welcome Pack but you can’t buy Wheel Spins or currency. There’s also the expansion pass available that includes two future content drops. In addition, users can buy a Treasure Map and Car Pass.

Forza Horizon 5 is a familiar playground. If you have played any of the past games you’ll feel right at home here. The general gameplay doesn’t do much to set itself apart from other Horizon games but I don’t think it needs to. The recipe works and right now, there’s really no other game out there that can compete with this. It is the best racer on the market and with no one coming for that crown, Playground Games don’t need to do anything to change that.