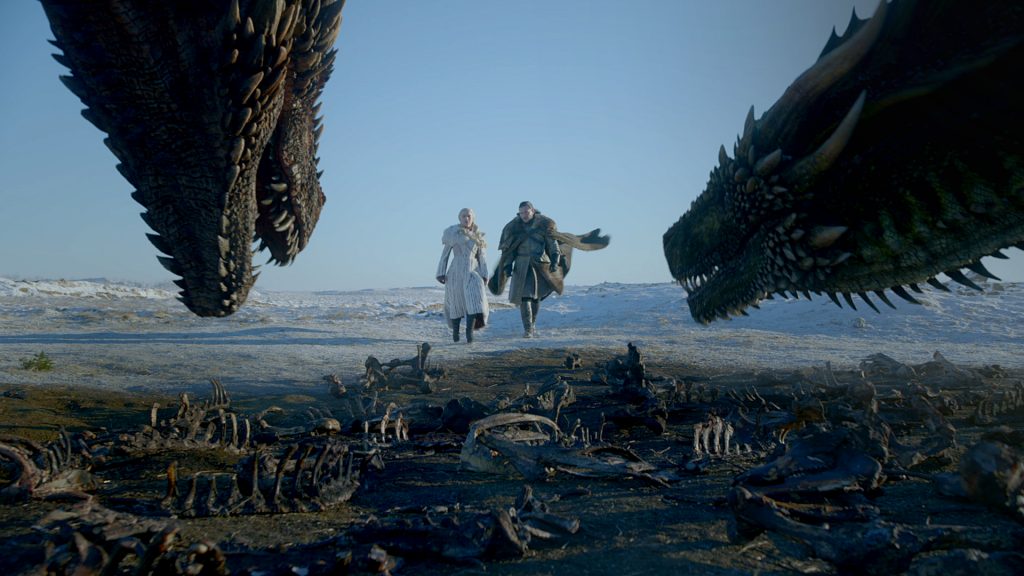 Related: Game of Thrones Season 8 Will Have The Longest Battle Sequence Ever Filmed

Most of the main characters are showcased in this first Game of Thrones trailer. These characters managed to make it through seven seasons, which isn’t easy in this popular franchise which was created by George R.R. Martin.

We finally get a look at Bran Stark, who is portrayed by Isaac Hempstead Wright. He has been noticeably absent in all of the previous promotional material for the final season, so it’s exciting to see him in the new trailer.

The Battle of Winterfell

It’s reportedly the biggest battle in film history and the new Game of Thrones trailer for season 8 gave us a better look at the battle of all battles.

We’re sure all blood and gore is going to spill in this epic battle, which will be Arya’s debut battle, too.

In fact, it looks like the entire season 8 will be action packed and the trailer has us excited for the cinematic quality battles that we’re sure to experience.

The intricate stories in Game of Thrones is what has kept us all hooked for seven, and, soon, eight dramatic seasons. So many different stories are coming to an end and it shows in the many varying emotions in this first Game of Thrones trailer.

Firstly, Cersei probably looks the happiest out of all of them. She’s seen in at least two shots with a glass of wine in hand and a huge, satisfying smirk on her face.

Jon and Daenerys are pretty loved up, but also ready for battle with the two remaining dragons looking fiercer than ever. Interestingly, they’re seen hovering over a huge pile of bones.

Whose or what’s scorched bones are these? Sansa looks pretty serious, maybe even concerned or conflicted, whereas her sister, Arya remains ever steady, and battle-ready. There’s plenty to take in from this new season, so go ahead an what the above trailer again.

Are you excited for the final season of Game of Thrones?