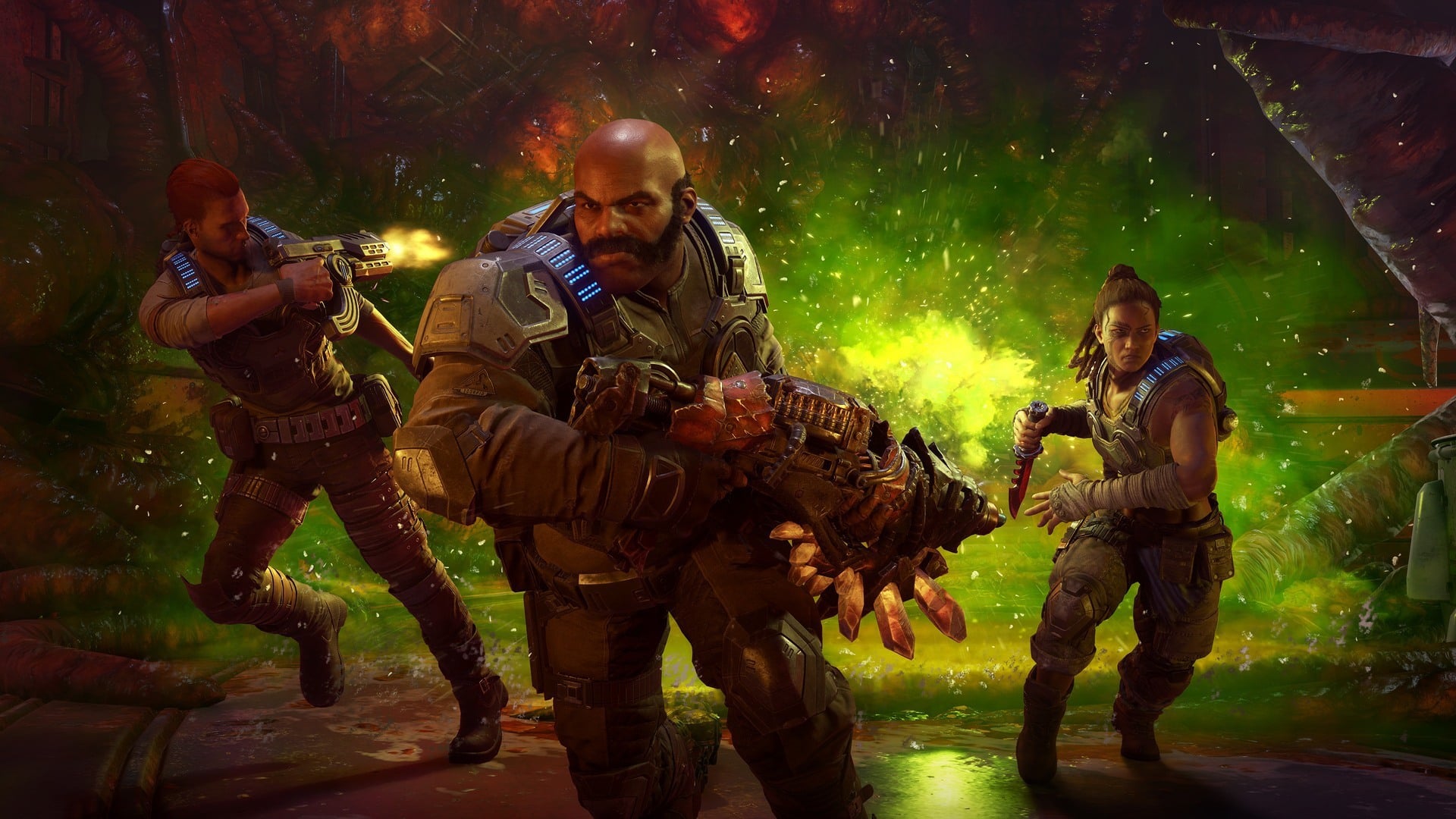 Ever since Gears of War 2, the most addictive mode in the franchise has to be the Horde Mode and it is making a return in Gears 5. During the Inside Xbox Press Conference at Gamescom this evening, Microsoft and The Coalition showed off the first gameplay footage for Gears 5 Horde Mode and it looks like they are dialling everything up to 11 with increasingly daunting waves of enemies and all the Gears 5 action you could ever want.

The Gears 5 Horde Mode looks incredibly fun and players will be able to group up as a team of five. Every character now has its own ultimate ability, for example, Kate has the ability to turn invisible, while JD can call in a massive airstrike.You also need to move and expand your base to get power taps in order to power up your character. Every 10 waves, a daunting boss will spawn, which players will have to deal with as best they can.

Furthermore, power will now get equally distributed amongst your team, which is a great tweak to the iconic Gears of War mode. Then, you will also be able to control Jackpot, a jack-of-all-trades drone that can make its way through the map faster than ever before.

From the footage shown off at Gamescom 2019, the Gears 5 Horde Mode looks like a feature-filled, exciting mode that fans of the franchise should appreciate and love. The Coalition explains that the mode will be very deep but still remain accessible to new players.

RELATED: The International 2019 Main Event – What You Need to Know

Check out the first gameplay footage for the from the Inside Xbox Press Conference below and then tell us if you are excited for this upcoming Xbox One and Windows 10 exclusive in the comment section.