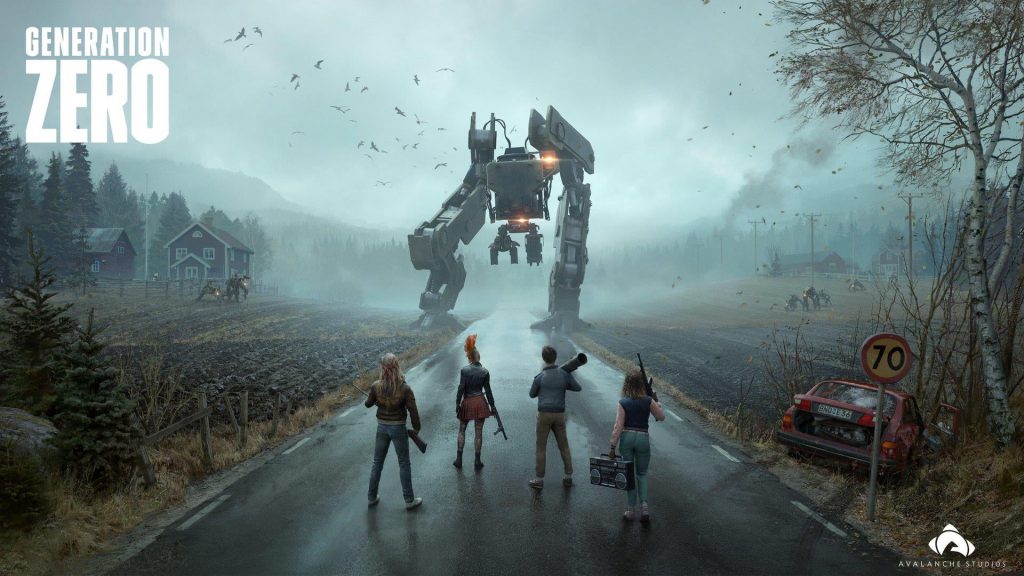 Avalanche Studios and THQ Nordic revealed their upcoming co-op shooter, Generation Zero, back in June 2018. It has been one of my most-anticipated gamers ever since its reveal. Those who love those awesome robots from Horizon Zero Dawn will likely love the enemy design of Generation Zero as well and from the gameplay revealed so far, the game looks frantic and fantastic. Now, the Generation Zero release date has been announced as 26 March 2019.

The game will release worldwide on 26 March 2019 on PC, PS4 and Xbox One. Best of all, it won’t have that AAA price tag, as the developer announced the game will sell for $40 instead of $60 we see most of the time. Although local pricing is yet to be confirmed, we should see the game sell for roughly R600 or maybe even less come 26 March.

Generation Zero plays off in 1980’s Sweden and the story revolves around hostile machines invading the countryside. From my first glance at the trailer, it looked a lot like a Horizon Zero Dawn clone, but after looking into the game some more, it might just be inspired by Swedish artist Simon Stålenhag. Players can go at it alone or join with up to three other friends in seamless multiplayer, work together in a sandbox environment to take down these mechanical monstrosities and how you survive will be up to you.

Check out a gameplay video and some key features and get hyped for the Generation Zero release date below.

Survive in a hostile open world:

Get ready. Then Fight Back:

Experience an explosive game of cat and mouse set in a huge open world. In this reimagining of 1980’s Sweden, hostile machines have invaded the serene countryside, and you need to fight back while unravelling the mystery of what is really going on. By utilizing battle tested guerilla tactics, you’ll be able to lure, cripple, or destroy enemies in intense, creative sandbox skirmishes.

Go it alone, or team-up with up to three of your friends in seamless co-op multiplayer. Collaborate and combine your unique skills to take down enemies, support downed friends by reviving them, and share the loot after an enemy is defeated.

Stealth and Strategy. Co-operate to live:

All enemies are persistently simulated in the world, and roam the landscape with intent and purpose. When you manage to destroy a specific enemy component, be it armour, weapons or sensory equipment, the damage is permanent. Enemies will bear those scars until you face them again, whether that is minutes, hours or weeks later.

Are you excited for the Generation Zero release date and do you plan on playing the game? Let us know in the comment section below.