Another premier shooter is going Free to Play, but that’s not the only reason fans should be paying attention. Celebrating 20 years of tense tactical warfare, Ghost Recon Frontline is shifting its perspective from third- to first-person engagement on 100+ player battlefields.

As departures go, ‘Battle Royale’ Ghost Recon may not be as drastic as news first appears. The studio responsible, Ubisoft Bucharest, has a clear idea of what makes this series tick: authenticity, teamwork, and tactical thinking. From footage just released, and listening to plans outlined from the team direct, we have to say that Ghost Recon Frontline shows early promise. It has plenty enough to distinguish from Call of Duty Warzone, PUBG and Fortnite.

The remote island setting (named Drakemoor) has the requisite Ghost Recon feel: a 16km2 fictitious location divided into four distinct biomes. There’s jungle, coastal, swamp and desolate dry land to serve as backdrops for two contrasting game modes: Expedition and Control. The latter is a 9v9 upgrade to 4v4 variations found in Wildlands (2017) and Breakpoint (2019), with maps tailored to set the pace, but not limit Class-related capabilities. 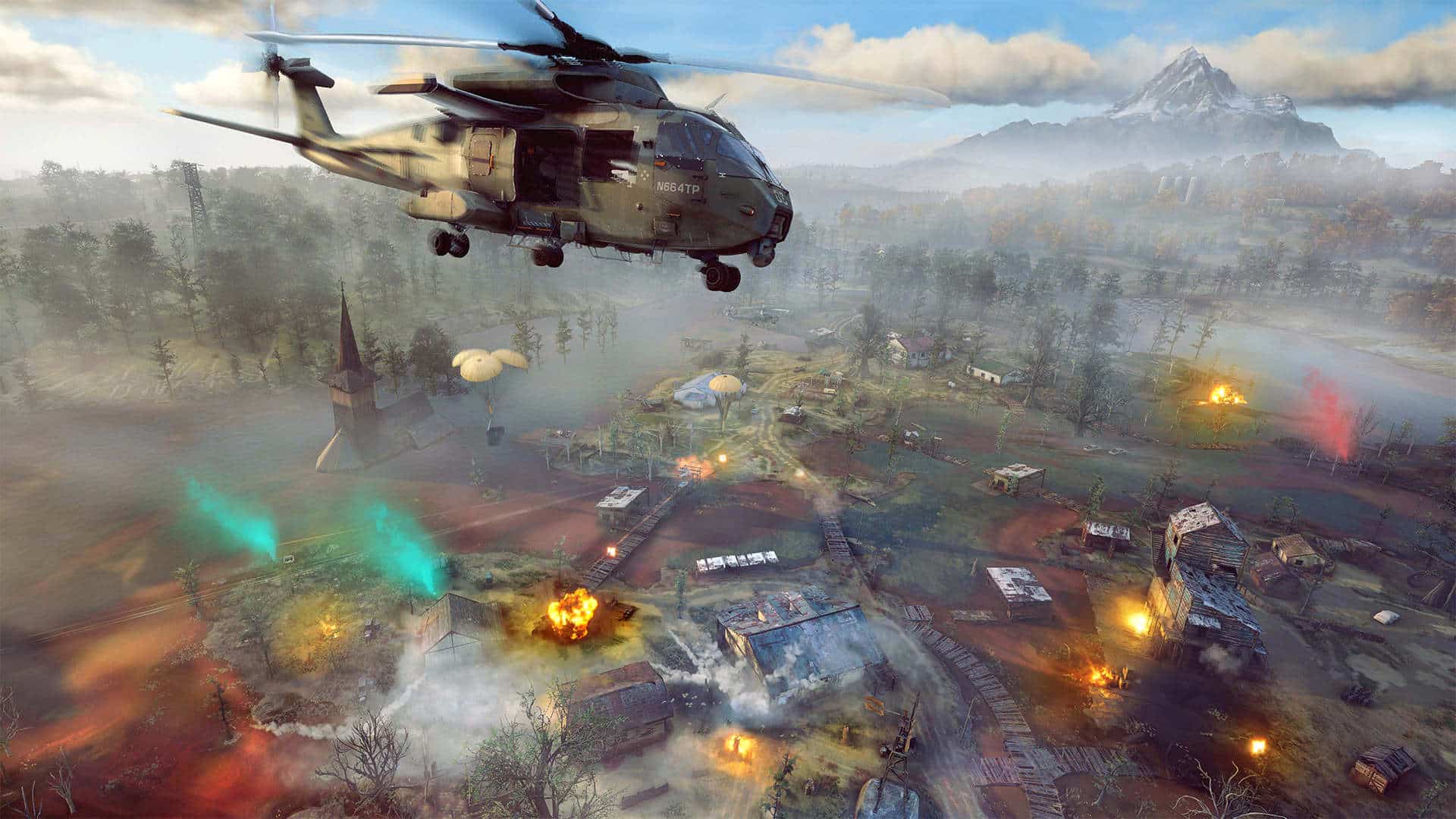 There are just three Classes of Contractor available: Scout, Support and Assault

Expedition, on the other hand, is the most challenging idea for Ghost Recon aficionados: teams of three competing among 100+ players to extract Intel, honourably obtaining your own or stealing someone else’s without shame. Both modes add depth to proceedings with the use of TAC-Support — supply drops of weaponry or tactical gear, which includes sniping towers and barricades.

By completing objectives in Ghost Recon Frontline, players earn Requisition Points that are used to purchase TAC-Support. In Expedition, drops arrive via parachute after submitting requests from a menu. Timings between drops are spaced to avoid rapid switches of fortune among teams, also supporting the sense of immersion that Ubisoft Bucharest is aiming for. 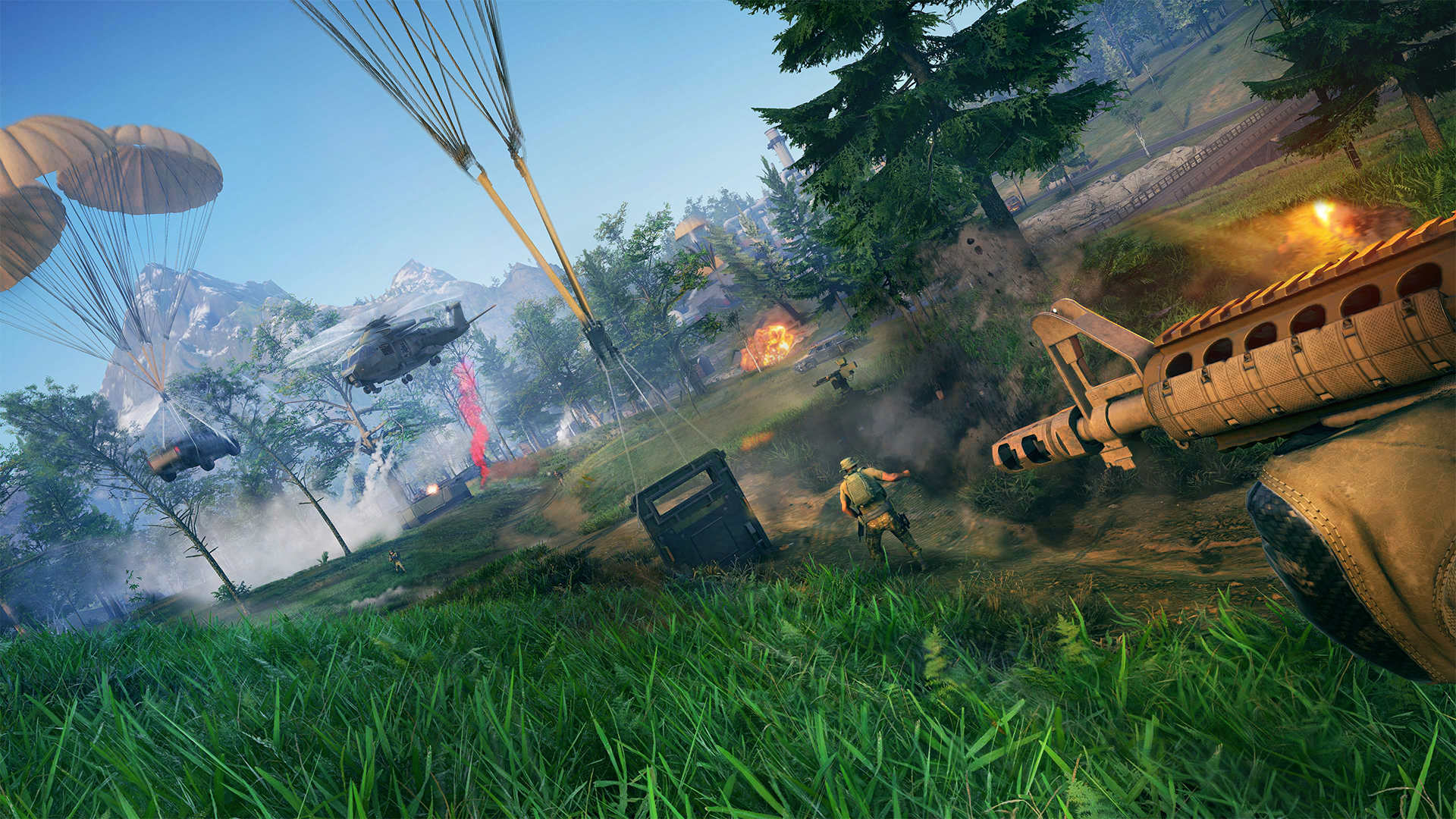 Every Contractor must be taken through a period of levelling-up

Rewards for significant investment of time are a key component of Free to Play platforms, and in Frontline it appears as though the emphasis is with Contractors — private military operatives sent to investigate and set straight an environmental disaster that took place on the island. Unfortunately for those of us who like a good story, that’s about as far as the narrative takes us for now. Anyway, the Contractors are of interest owing to their Active and Passive Class Abilities, tactically differentiating across a growing roster of viable avatars.

At launch, and for the Open Test taking place this month, there are just three Classes of Contractor available: Scout, for long-range strikes and locating enemies; Assault, for close-range intimidation and suppression; and Support, setting up defences, generally ‘providing’.

It has been mentioned that Ghost Recon Frontline will follow a Seasonal update path post-launch. New Contractors will arrive as part of these regular content boosts, but they’ll also be awarded for goals achieved, certain actions taken, just about any risk-reward scenario you or I can imagine no doubt. There is said to be no limit to the size of your burgeoning team. It all amounts to player choice, and the emergence of new Class types that scratch a particular itch and causing headaches for anyone going against them in the hands of a pro.

Every Contractor must be taken through a period of levelling-up also, to learn how to play them well, and to unlock additional skills plus unique selections of near-future gadgetry. Don’t forget, this all takes place in the Tom Clancy universe … 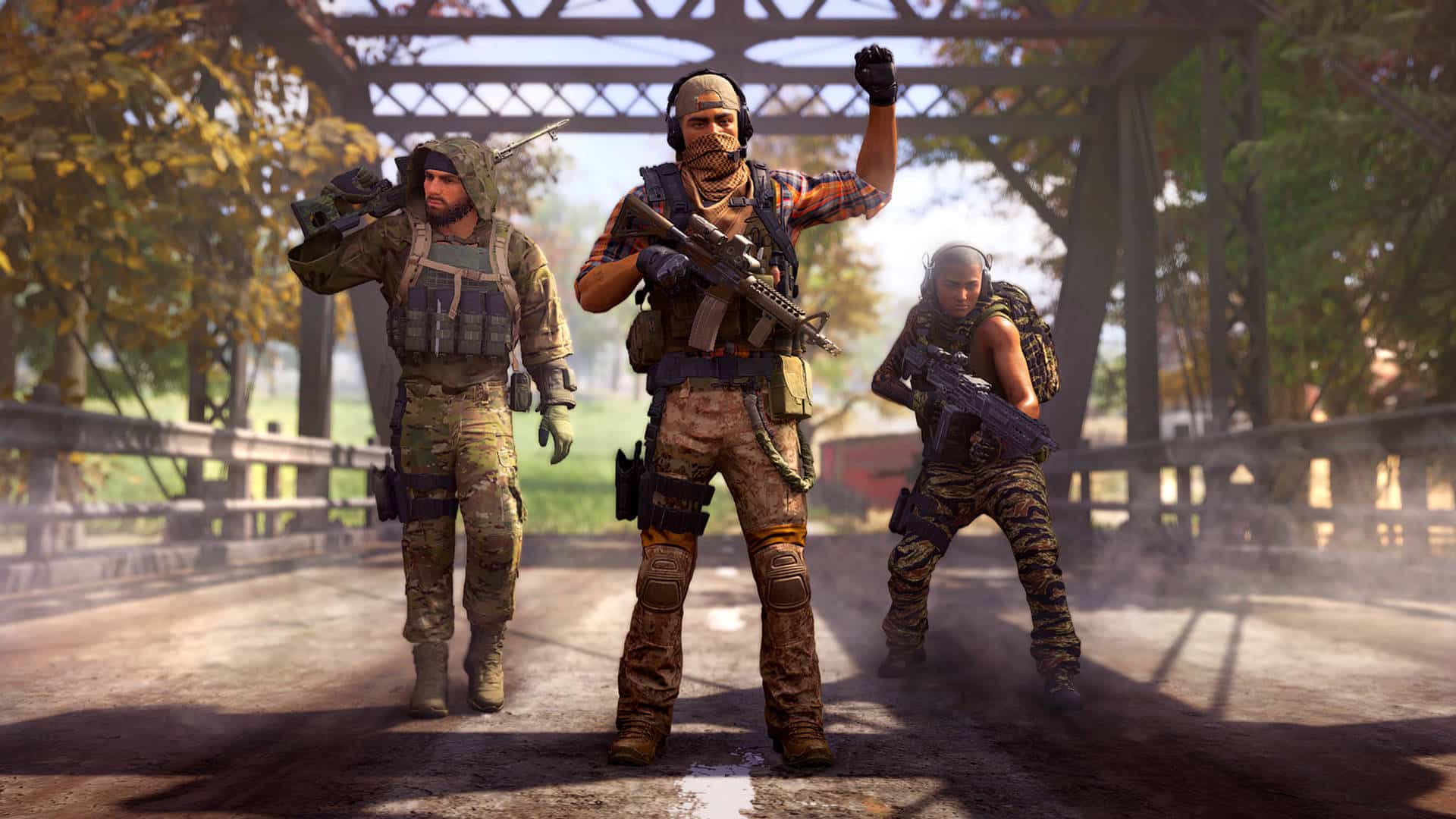 It has plenty enough to distinguish from Call of Duty Warzone, PUBG and Fortnite

Ubisoft is catering for a broad audience with Ghost Recon Frontline, however. Game modes and related challenges are designed with casual and hardcore players in mind. There will be a huge emphasis on community engagement post-launch to receive regular, meaningful correspondence from play-testers and influencers alike. The project is steadfastly focused on a player-centric approach, with bi-monthly pro-player feedback to guide its evolution.

Registration has begun for the Open Test, which runs from 14-21 October. Details can be found at Ghostreconfrontline.com. Further updates direct from the team are being shared via Ubisoft’s official social media @GRfrontline. If you want to form your own opinion of this moment in Ghost Recon history, reserve your spot for 20th Anniversary celebrations, head there now. See you online, we’re looking forward to continuing this conversation.

In Ghost Recon Frontline, players will discover Drakemoor island, an open world full of diverse landmarks and biomes. The game features a large set of tactical support tools, offering players complete freedom in strategic gameplay throughout various game modes.  Expedition, the game’s flagship mode, offers a new take on the battle royale genre. Featuring more than 100 players in teams of three, these squads will have to work together to complete dynamic objectives across the massive open map with no converging circle. Once players are done collecting intel, they will have to head to a drop zone and call for an extraction. When initiated, all teams will know the position of the extraction and will try to intervene, players will have to play tactically to successfully escape and win the match. Additional modes will also be available at launch.

Ghost Recon Frontline offers a unique and advanced class system, allowing players to upgrade and customize each contractor to fit their strategy. Three classes of contractors will be available during the first closed test, with more available at launch:

Players can even switch between different contractors even in the heart of battle, making each game unique and highly tactical.