Like most people who find themselves currently alive, I often struggle to feel like I belong. No matter what I do, I’ve always fallen victim to “imposter syndrome” alongside a slew of other closely held insecurities. I’ve always coped with feeling like an outsider by throwing myself into other people’s stories, whether by reading a book, a comic, playing a game, or watching a movie and Giant Days is one of those stories. Created by writer John Allison (Wicked Things; By Night; Steeple) and art by Lisa Treiman for Boom! Studios (Folklords; Hotel Dare; Once & Future) comes Giant Days. A comic based on a popular webcomic (Bad Machinery) about three friends just hanging out and trying to make it through the day as well as the freak show that is their 20s.

Giant Days follows the everyday life of three college students Daisy, the naive homeschooled one; Susan, the straightforward no-nonscience one and Esther, the broody gothic one. Through their shared misadventures and differences in personality, a bond of friendship is formed, and the result is both enduring and relatable. Reading Giant Days feels like watching a show like Friends or New Girl, thanks to the snarky comments and witty dialogue throughout. 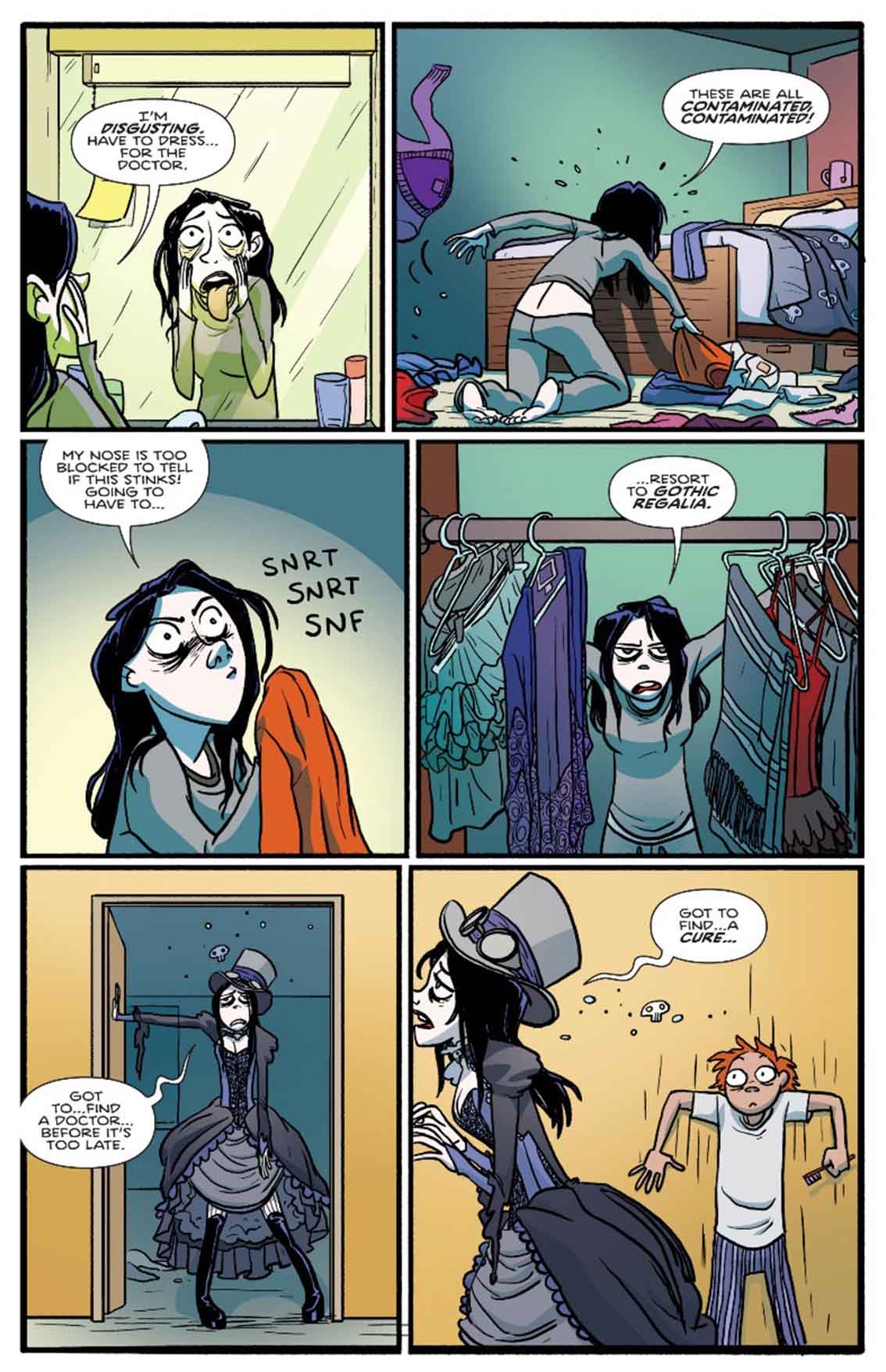 At its core, Giant Days is nothing more than a story about friendship, and really, that’s all it needs to be. Not since the days of The Big Bang Theory have I found a story about a friendship group that so closely mirrored my own and the struggles we face together. Giant Days is not particularly deep, and it’s not going to make you question life as you know it. Still, it will make you feel a sense of belonging and understand that no matter if you think you’re the weirdest creature ever to walk this earth, you aren’t.

Giant Days is almost certainly aimed at teenagers to young adults. Still, the mental struggles the comic showcases know no age, and because of this, it’s a story that should appeal to young and old alike. Likewise, the art is colourful and captures the everyday comedy that Giant Days portrays so well that it’s a comic that’s easy to recommend even to people who might not be avid comic readers. 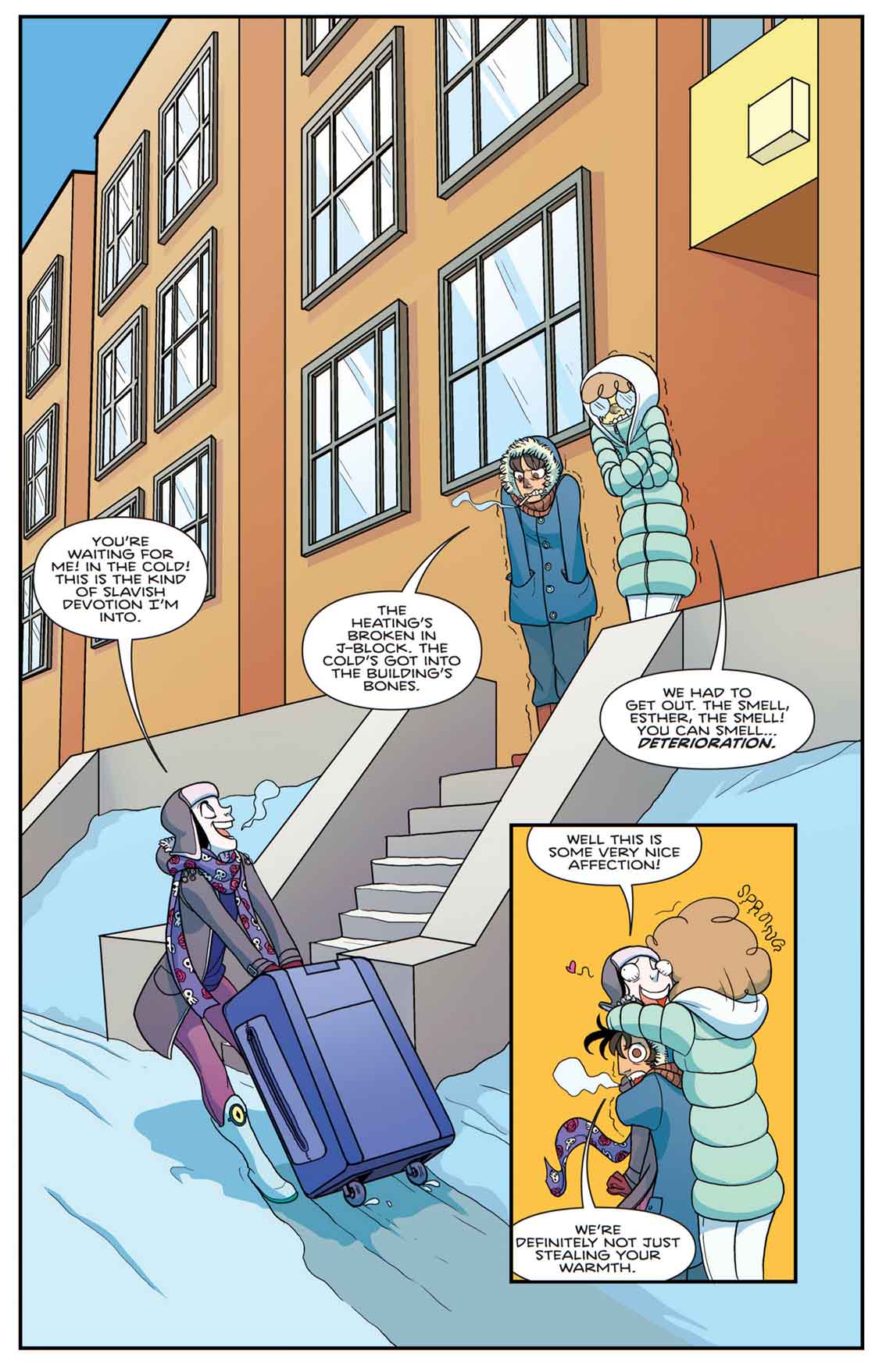 Reading Giant Days is like taking a mental break from everything that’s going on in your life. I binged through Giant Days during one of the most stressful weeks in recent memory. While I would never have thought that the “slice of life” genre would be for me, I was pleasantly surprised by everything Giant Days offered. From the small comedic moments to the heartfelt ones, I instantly lost myself in the sometimes mundane but always entertaining lives of three friends whenever I picked Giant Days up.

If you’re looking to add Giant Days to your collection (I am, even though my wallet is probably crying in a dark corner somewhere), then make sure you head over to Critters and Comics. Giant Days is available in the following formats: Digital; Single Issues (54 Issues); Trade Paperbacks (14 Books), or three hardcovers. If you don’t know what any of that means but would like to, then be sure to check out our “comic terms” explanation post here.