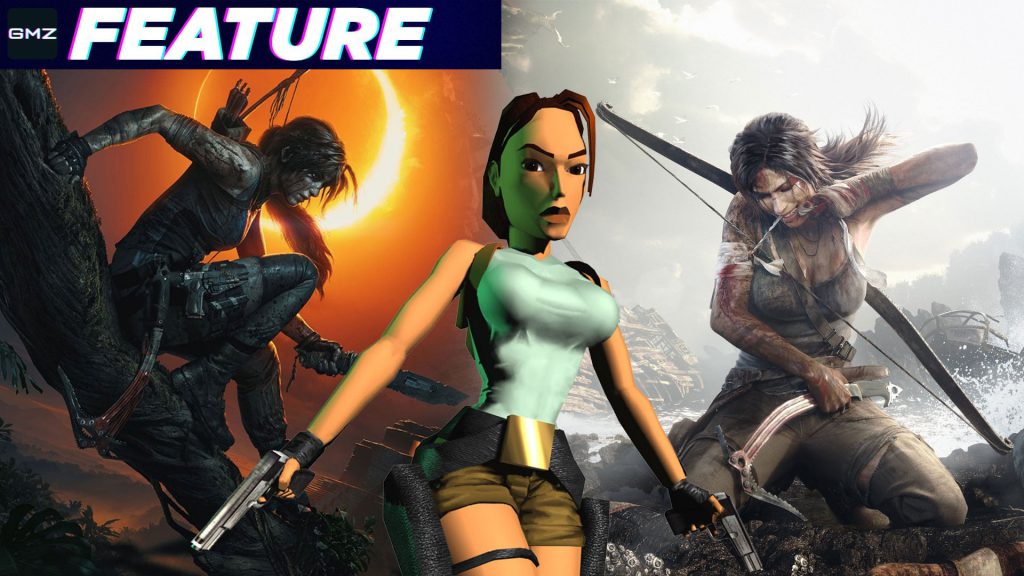 Tomb Raider 2 and 3 included one of the most memorable moments in the game’s history where Winston keeps following you around Lara’s mansion. The poor soul may be slow but he has a mission, to serve you tea, however, he does get annoying especially if you are on a mission to complete that obstacle course. The only way to get rid of him is to lock him away in the kitchen fridge which we all did. Walking in, waiting for him to follow and then quickly rolling out to press the button was hilarious. Shame, he just wanted to serve you tea, dammit.

We know the Tomb Raider series has taken us to some gorgeous places to fight some crazy supernatural enemies but the most epic of all has to be the T-Rex fight in the first game. It came out of nowhere during the third level, Lost Valley and wrecked Lara over and over again. The craziest part of all was the fact that throughout the game you fought simple tigers and wolves and everyone thought “could this really be it”. Nope, it had a T-Rex! A flippen T-Rex!

I know this one may be simple but I fondly remember the opening moments of the first game quite well. This was mainly because I played this on PSOne and had no memory card to save my game so I had to restart it a billion times. But the opening of Tomb Raider also acted as an iconic introduction to the series. Lara drops into a cave and has to find her way out of it. Just when you think all is well, wham! A tiger pops out and tries to eat your flesh. Things got real during that opening and it summed up everything we love about the series; getting lost in caves and jumping around trying to kill stuff with dual pistols.

Did you know Lara actually died back in 1999 at the end of Tomb Raider: The Last Revelation? Well, it is true and pretty sad. After the Pyramid of Giza level and using the amulet of Horus to kill Set, Lara tries to escape the now-crumbling pyramid. However, he arms must have been sore from all the climbing as she tried to make a leap to safety and missed. She then tried to pull herself up but she missed CrossFit that morning and slowly slipped to her death. The iconic moment here is the way the scene played out. Fans sat with tears in their eyes as a classical tune played while Lara fell to her death. Little did they know that we would still be playing Tomb Raider games almost twenty years later.

It had been a couple of years since we had seen Lara Croft. The last trilogy in the Tomb Raider series ended tragically in Tomb Raider: Underworld due to its wonky plot and shallow characters, however, Lara’s determination to be relevant, or more like Crystal Dynamics’ will to make good games kept the series going. Enter Tomb Raider, the 2013 reboot that shook the series down to its core. Lara was back and better than ever and the game had one moment to leave a lasting impression and it was its opening moments. The boat scene not only acts as the great intro to the new series but also a stellar set piece as we see this new younger Lara Croft defy fate as she tries to escape a deadly capsizing. While we had no control over this scene, it still remains one of the most captivating moments in the series.

While we kill people left right and centre in the series now, when the 2013 reboot was launched, Lara had to learn to kill all over again as it was the series based on her youth. The first kill moment in the game had us all gasping as she began tied up with some sick Russian trying to take advantage of her. You then sneak through the deadly area avoiding enemy site before being caught. Lara then gets caught again and the sick Russian tries his luck to fondler poor Lara before she bites his ear, grabs his gun and shoots him dead. It was a crazy moment for the series as it showed Lara being vulnerable instead of the character we have known all the time before.

Check out the latest Shadow of the Tomb Raider trailer below for hype reasons;