First, we had the original Race Driver: Grid, then GRID 2 and then GRID Autosport. Now in 2019, we have GRID yet again but that naming is the only thing that is confusing about GRID 2019 from Codemasters. Everything else makes perfect sense and right from the start one thing became abundantly clear. GRID is back and better than ever, delivering the most satisfying arcade racing experiences in the past several years, which our GRID 2019 review will tell you all about.

Before I continue with our GRID 2019 review, check out the game’s launch trailer which showcases some amazing scenes that will get motorsport fans and petrolheads drooling.

Let’s get one thing straight, I am not the biggest racing game fan but I’ve played close to a dozen titles over the last two years for review. Most racing games these days are simulator experience, going for a very realistic and difficult, sometimes frustrating experience. That’s where GRID 2019 not only sets itself apart from the pack but takes pole position for anyone who loves some arcade racing.

With that being said, GRID 2019 does cater to all types of players, as you can make it as easy or difficult as you wish by tweaking the game’s difficulty. 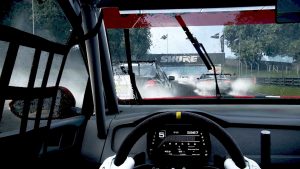 I kept it on medium all the way through but turned off the assistant feature that shows you where to drive and when to start breaking right after the explosive intro was complete.

Let’s start by explaining exactly what GRID has in store for players. There are over 60 cars from the iconic Porsche 911 to the Alfa Romeo 155 TS, an Aston Martin Vantage and even a Volkswagen Golf GTI. All these vehicles handle differently but every single one of them makes an awesome engine sound that just sings in your ears, not to mention the tires screeching as I performed drifts through every corner I could. 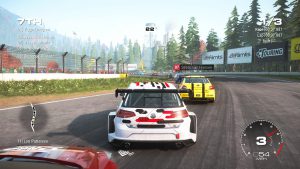 We also have roughly 100 events in the career mode, spanning several disciplines from GT Touring to Stock racing, with Time Attacks and cups (with the City Cups) being my favourite. Everything in the career mode is displayed in a grid and you can choose which types of races you want to take on first, but the ultimate goal is to complete a section. Complete four disciplines by facing off in a showdown for each at the very end and you enter the GRID World Series event. Yes, for long-time GRID fans, the Ravenwood’s are waiting.

Then, we have the tracks, which range from real-world to fictional locations, from Sydney to San Francisco. There are around 13 locations in total by my count with over 90 routes in total. The number of locations might not seem like all too much, but then again, it is the personality of all the cars and locations that make the game shine. 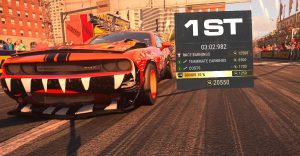 Every single car feels great to drive and you can customize your experience by tuning it before a race, but that isn’t needed if its not your thing. The track designs are brilliantly done as well and in my opinion, the best ever for a racing game. Let me give you some examples.

The crowd has umbrellas when it rains. The crowd moves and cheers and you can even see NPCs smacking their hands on the railing as you drive past. There are big screens that showed me racing on sections of several tracks, there are birds flying about, choppers in the air and I even spotted a jumbo jet at one stage. 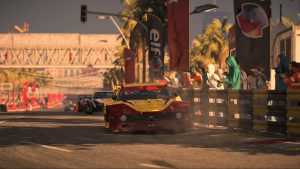 When its night time, things come to life even more with fireworks, beautiful lighting and a whole lot more. Not to mention the impressive reflections against the side of buildings, other cars and more. It is truly a sight to behold as you speed through the tracks.

A game can look great but what about the gameplay? That’s the most important part that GRID 2019 absolutely nails in every single aspect. Above all else, it is a racing game that is actually fun to play and after each session, my controller became sweaty, not because of the stress or challenge that simulators bring, but instead because of the adrenalin rush this awesome arcade racer gave me. 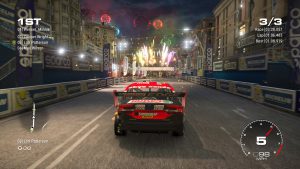 Motorsport in real life isn’t perfect and GRID shows that wearing it like a badge of honour and not shying away from the chaos. Things can get chaotic during a race thanks to all the fantastic driving mechanics and most of all, because of the excellent AI. It isn’t often that you see a racing game with superb AI but GRID has this and it shows.

It probably also helps that motorsport legend Fernando Alonso helped create the game and you can even race against his AI persona. In fact, there are over 400 different types of AI personalities in the game and a Nemesis system. 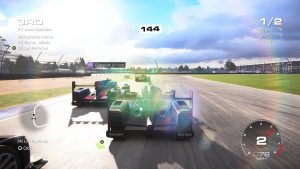 This means that when you cause trouble or bump another vehicle, they might become aggressive towards you and stop at nothing to take revenge. Each of these personalities also has their own strengths, weaknesses and limit before they get pushed over the edge, which made events with multiple rounds such an exciting thing to experience, as they remember what you did last round. The same, however, goes for your teammate. 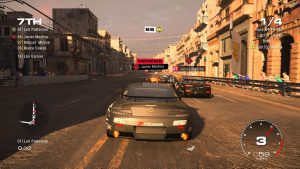 In GRID, you have a teammate and you can even hire different teammates with different stats, from loyalty to defence and more. Your teammate drives in a car identical to your own and you can even give them orders during a race. It sounds simple enough, but there’s some real depth to this mechanic that I simply loved. It was a breath of fresh air in a world full of dull racing games and AI just keeping to an exact route.

I stayed with Lori Patterson, my first teammate, throughout most of the career mode because you don’t have to hire another one if you don’t want too. I could tell Lori to push for a higher position, defend my position, or even try to mess with my nemesis in a race via simple instructions. 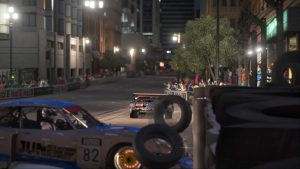 However, one race, I accidentally drove into Lori while trying to take a sharp turn and overtake another racer. When I instructed Lori to aid me with my nemesis later on in the race, my manager told me over the radio that Lori has turned off his communications…

That’s the type of unpredictability and excitement that Codemasters managed to bring to every single race with its AI. Couple that with powerful cars and glorious tracks, and you have something truly special and extremely satisfying to play. The game also runs incredibly smooth and for the first time in a very long time of playing racing games, I didn’t experience any texture pop-ins even at over 300 km/h. 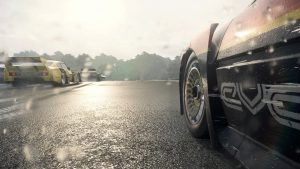 The game smooth, responsive and even the menus are easy to navigate, putting the prime focus on getting into an awesome car and just going wild.

There are a few minor issues, however, as GRID 2019 isn’t perfect, but it is damn close. In half the races I participated in, for some reason, my bonnet just flew off even during a race where I took absolutely no damage and got the “Pristine” trophy. Then, a few times, my teammate didn’t register that I had a nemesis in a race, as I got a message that I have no nemesis even if I had two in the race at that stage. 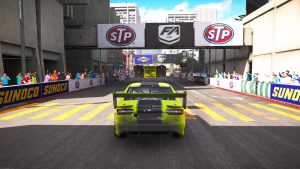 Since the tracks are so well done, I simply wanted more of them as, during over 100 career events, I had to race in the same locations a dozen or so times each. Lastly, to get vehicles you have to earn credits, which you get when placing in the top three of a race. Credits come in relatively quickly, but I still had to go to other events to get more credits for a vehicle that I needed. Only once in my 30 hours with the game did it feel like a bit of a grind, but it was a grind that felt a little bit unnecessary.

Lastly, we have the multiplayer from South Africa and I am happy to report that it is a smooth experience from start to finish. It took me roughly five minutes to find a match but at most I had three human opponents. The game, knowing that it is best played with a full grid, filled the rest of the spots with AI opponents and with the AI being so fantastic, it didn’t really bother me at all and I almost couldn’t tell the difference. 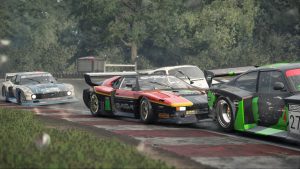 It is important to mention that GRID 2019 does have a season pass and it promises three seasons of content, with 12 cars and 99 extra career events. That’s a whole lot of content especially since the events and cars are all fantastic in the base game.

GRID 2019, above anything else, is just extremely satisfying to play. Codemasters has set a high bar for arcade racers going forward and in a world filled with sim racers, the game is simply a breath of fresh air. I would have loved more locations but the locations available are extremely well done.

The AI is fantastic and the moment-to-moment gameplay never disappoints with unpredictable races, impressive graphics and adrenalin-fueled drifting, high-speed racing and most of all, all the fun a motorsport fan could hope for. Sure, there are some minor technical flaws, but GRID 2019 is still the best racing game I have played in the last several years.