After multiple rumours, Valve has finally revealed a new game in their iconic franchise, Half-Life: Alyx and it looks incredible, to say the least. Normally, VR titles are short experiences and look more gimmicky than anything else, but Half-Life: Alyx is a highly-ambitious, full-length game, which is very clear from the Half-Life: Alyx trailer and the details revealed by Valve.

RELATED: Snake and Tetris Together is The Most Difficult Game Ever

Set between the events of the original Half-Life and Half-Life 2, players will step into the boots of Alyx Vance and follow her story with her father Eli Vance as they form the resistance against the alien Combine threat. The Half-Life: Alyx trailer showcases some incredible gameplay and Valve revealed a number of interesting details, such as the game taking about 15 hours to complete for playtesters.

Half-Life: Alyx has a release window of March 2020 and it will come to all of the big PC VR headsets. However, if you own a Valve Index, the game will just show up in your Steam library for free on launch day, while gamers with other VR headsets will have to pay for the game. South Africans can pre-purchase Half-Life: Alyx now for R296.10 (which is cheap considering the game costs $60 in the US) by heading to the game’s Steam page.

Gabe “GabeN” Newell had this to say about the game:

We’ve invested a lot of ourselves in the technology. But we’re also game developers at heart, and to be devoting ourselves to a VR game this ambitious is just as exciting. For that to come in the form of Half-Life feels like the culmination of a lot things we care a lot about: truly great games, cutting edge technology, and open platforms.

You can watch the amazing trailer for Half-Life: Alyx at the bottom of this article and check out story as well as gameplay details below.

Half-Life: Alyx is Valve’s VR return to the Half-Life series. It’s the story of an impossible fight against a vicious alien race known as the Combine, set between the events of Half-Life and Half-Life 2.

Playing as Alyx Vance, you are humanity’s only chance for survival. The Combine’s control of the planet since the Black Mesa incident has only strengthened as they corral the remaining population in cities. Among them are some of Earth’s greatest scientists: you and your father, Dr Eli Vance.

As founders of a fledgeling Resistance, you’ve continued your clandestine scientific activity—performing critical research and building invaluable tools for the few humans brave enough to defy the Combine. Every day, you learn more about your enemy, and every day you work toward finding a weakness. 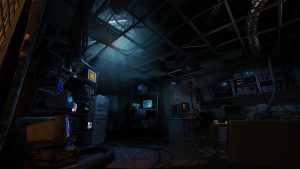 Valve’s return to the Half-Life universe that started it all was built from the ground up for virtual reality. VR was built to enable the gameplay that sits at the heart of Half-Life. Immerse yourself in deep environmental interactions, puzzle-solving, world exploration, and visceral combat.

Lean to aim around a broken wall and under a Barnacle to make an impossible shot. Rummage through shelves to find a healing syringe and some shotgun shells. Manipulate tools to hack alien interfaces. Toss a bottle through a window to distract an enemy. Rip a Headcrab off your face and throw it out the window. 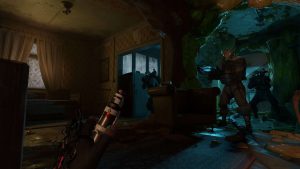 If that’s not all, Valve will also release a set of Source 2 tools with the game, so players can build new environments and levels for the game to share and play with the community, so Half-Life: Alyx is definitely a massive VR experience the likes of which gamers have never seen before. Unfortunately, the game is VR only, which means you will need a VR headset on PC (no PSVR so far) such as Oculus, HTC Vive or Valve Index.

Check out the Half-Life: Alyx trailer below and then tell us what you think about the game and if you own a VR headset for PC, such as the Valve Index or Oculus Rift.