There has never been a better time to curl up on the couch alone and watch some Netflix. Social distancing is a big deal right now and Netflix is making sure everyone has enough to watch this April 2020. Some highlights on Netflix this April 2020 include the entire series of Community, a new season of Nailed It, Fifty Shades Freed and much more.

Take a look at all the new Netflix shows arriving in April 2020.

The hosts you love, the hot messes you crave. Welcome back to the “Nailed It!” kitchens, where anyone — like, literally, anyone — can win. 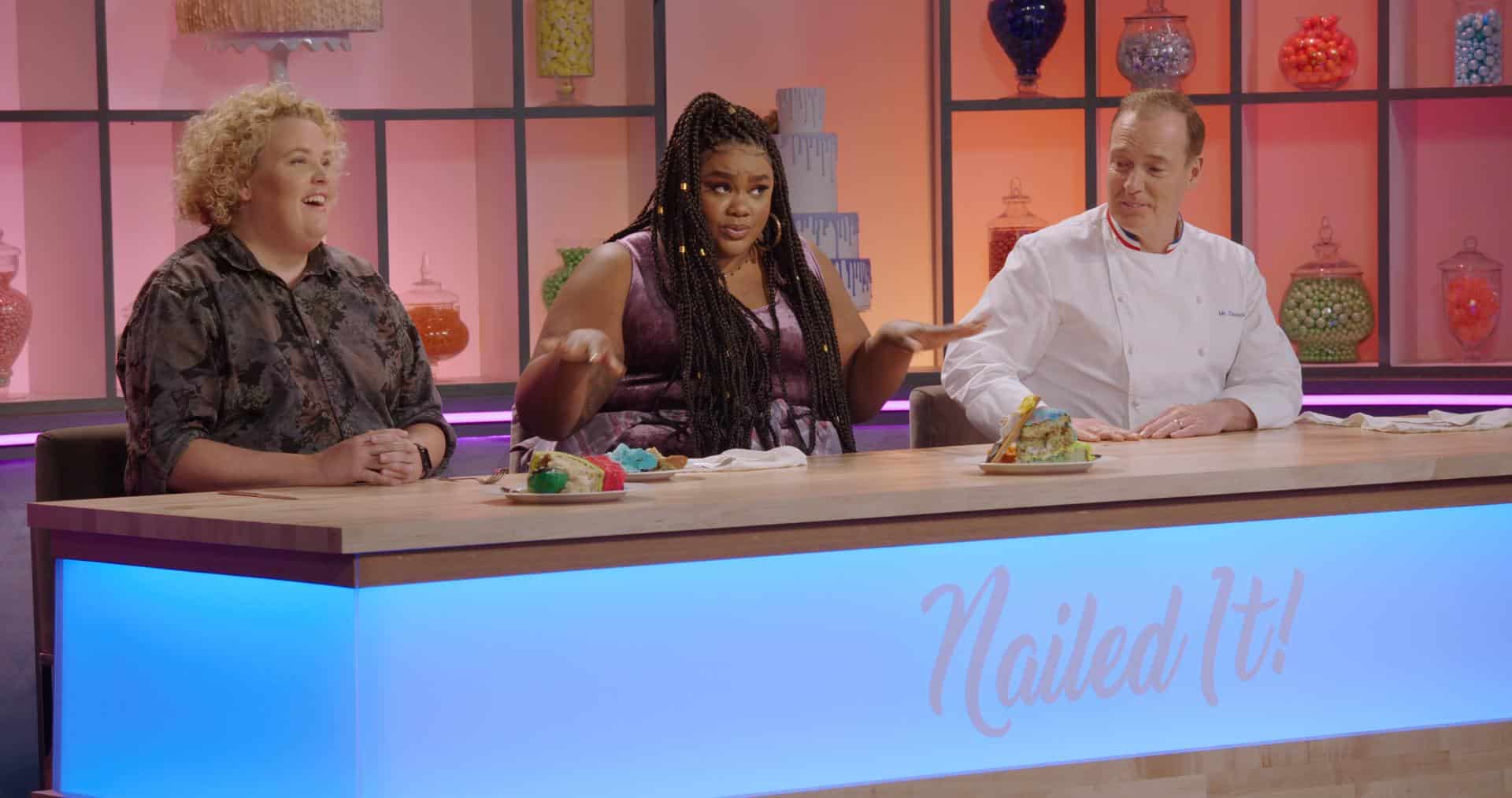 After two consecutive seasons of failure, Sunderland hope to get things turned around as they face a new season in the third tier of English soccer.

From the mind of Iliza Shlesinger comes a sketch show filled with absurd characters, insight into the female experience and irreverent social commentary.

Swedish stand-up David Batra gets personal as he playfully details the perks and pitfalls of being married to a recently resigned political leader.

How to Fix a Drug Scandal – Netflix Original Documentary

Lives are on the line as the Professor’s plan begins to unravel and the thieves must fend off enemies from both inside and outside the Bank of Spain. 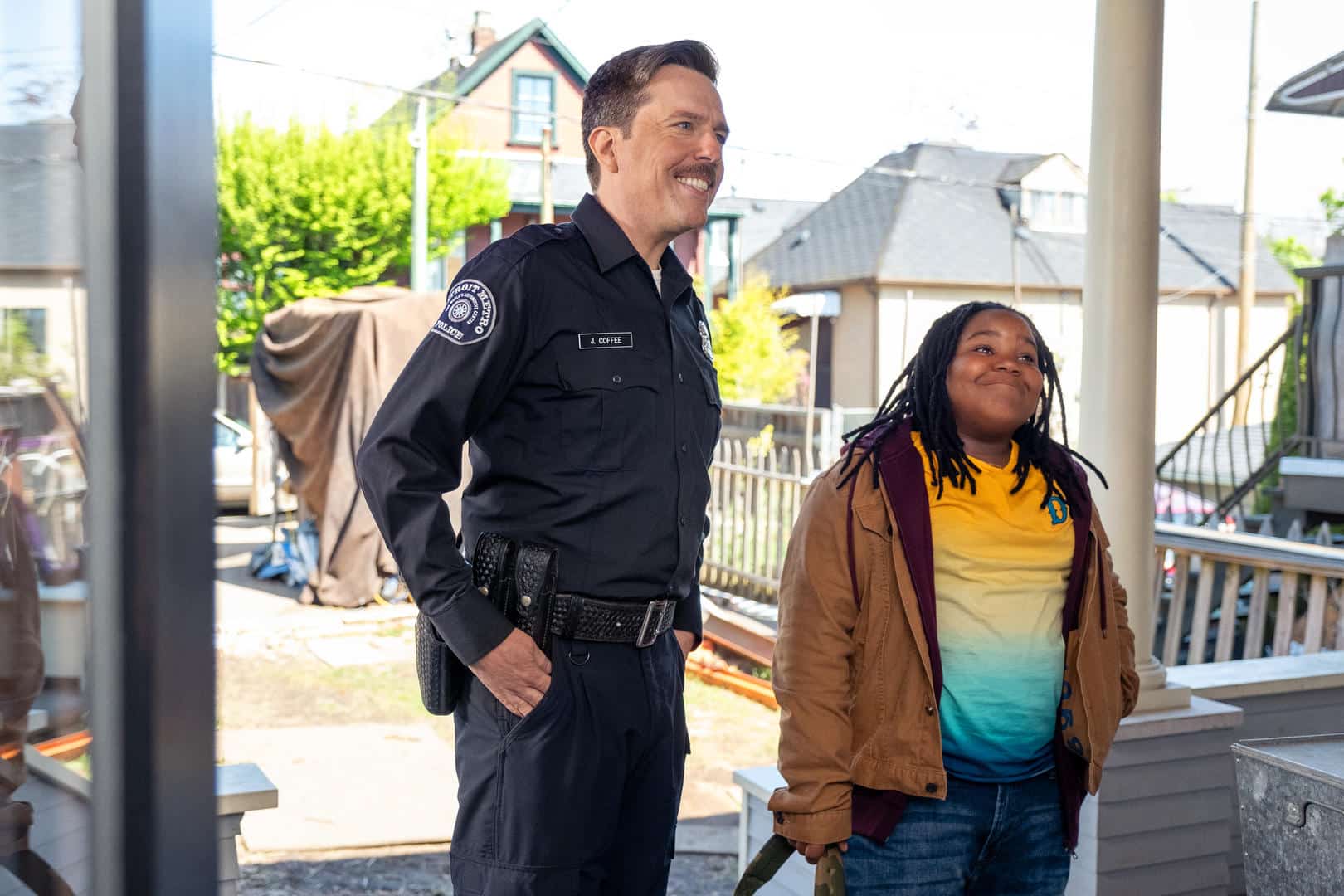 This film takes a look at why and how “Money Heist” sparked a wave of enthusiasm around the world for a lovable group of thieves and their professor.

A new chapter begins for Lucky and her friends as they leave Miradero behind to live and learn at the prestigious Palomino Bluffs Riding Academy.

A real kid with real superpowers has a tech-wiz best friend who becomes her sidekick. Together with their seagull pal, they protect their seaside city.

Former WWE wrestler The Big Show is out of the ring and ready for an even tougher challenge: raising three daughters with his wife in Florida.

Life in Tokyo continues: doors open and close in the house, bonds are born and tested. As Ruka takes his next step, Hana meets new rivals.

Be yourself — or someone else? The players must choose while chasing a cash prize when this lighthearted, strategic competition show comes to France.

They’ve leveled up to high school, training at arcade fighting games along the way. Now Haruo, Akira and their friends face their final level.

Known for their ties to Chicano street life and hip hop, Estevan Oriol and Mister Cartoon trace their journey from gifted artists to cultural pioneers.

These two estranged brothers know everything there is to know about brewing beer. If only they knew something about being a family.

In New York, Grover (Tzi Ma) reflects on the love of his past and his departure from Taiwan, which he revisits years later with his daughter Angela.

In this innovative romantic comedy about the power of chance, alternate versions of the same wedding unfold as Jack (Sam Claflin) tries to make sure his little sister has the perfect wedding day. But he’ll have to juggle an angry ex-girlfriend, an uninvited guest with a secret, a misplaced sleep sedative, and unexpectedly reuniting with the girl of his dreams who got away, Dina (Olivia Munn). If he succeeds, Jack might find a happy ending of his own.

In one of the poorest areas of Paris, a school counselor devotes herself to working with disadvantaged students, while facing challenges of her own.

Using special powers from a magical mask, a young WWE fan causes chaos when he enters a wrestling competition and fights an intimidating rival.

Bogdan Boner is a true jack-of-all-trades: handyman, house painter, lawn mower … and self-taught exorcist. He has yet to meet a demon he can’t kill.

Chris D’Elia takes the stage in Minneapolis to offer his thoughts on everything from self-censorship to problematic dolphins to lame mutant powers.

A tight-knit group of teens unearths a long-buried secret, setting off a chain of illicit events that takes them on an adventure they’ll never forget.

Fary returns to the stage to unpack his complicated feelings on faith, social media influencers, beatboxing and his native France.

Doron ensnares a determined young boxer when a months-long covert mission puts the team on the trail of a Hamas leader high on Shin Bet’s wanted list.

A bombing investigation gives Héctor a lead on his sister’s murder. As Miguel plans to produce a new drug, Valentín uses Chisca to steal the prototype.

On the shores of paradise, sexy singles meet, mingle … and face a $100,000 celibacy challenge. Can they keep it clean — or will temptation win?

Charismatic and complex, Sergio Vieira de Mello (Wagner Moura) has spent the majority of his storied career as a top UN diplomat working in the world’s most unstable regions, deftly navigating deals with presidents, revolutionaries, and war criminals for the sake of protecting the lives of ordinary people.

Based on true events, this film charts the rise and fall of two real estate fraudsters in Germany, as they are caught in their own web of lies and deceit.

In this sequel to “The Invisible Guardian,” Inspector Amaia Salazar investigates a suicide connected to a big murder case she had previously solved in Northern Spain.

After decades of successfully running a sawmill in the Ardennes, hiring ex-cons and young offenders, Said receives an unwelcome visitor: a cartel.

The Last Kids on Earth: Book 2 – Netflix Kids And Family

Jack, June, Quint and Dirk set out to find missing zombies, reclaim their town and maybe — just maybe — finally score a seat at the cool table.

To survive in a dog-eat-dog world, two rival lawyers with high-class clientele tear apart anything that stands in the way of their ambitions.

Chefs compete to get the hosts and special guests high on elevated cannabis cuisine with their artful use of leafy herb, THC infusions and CBD sauces. 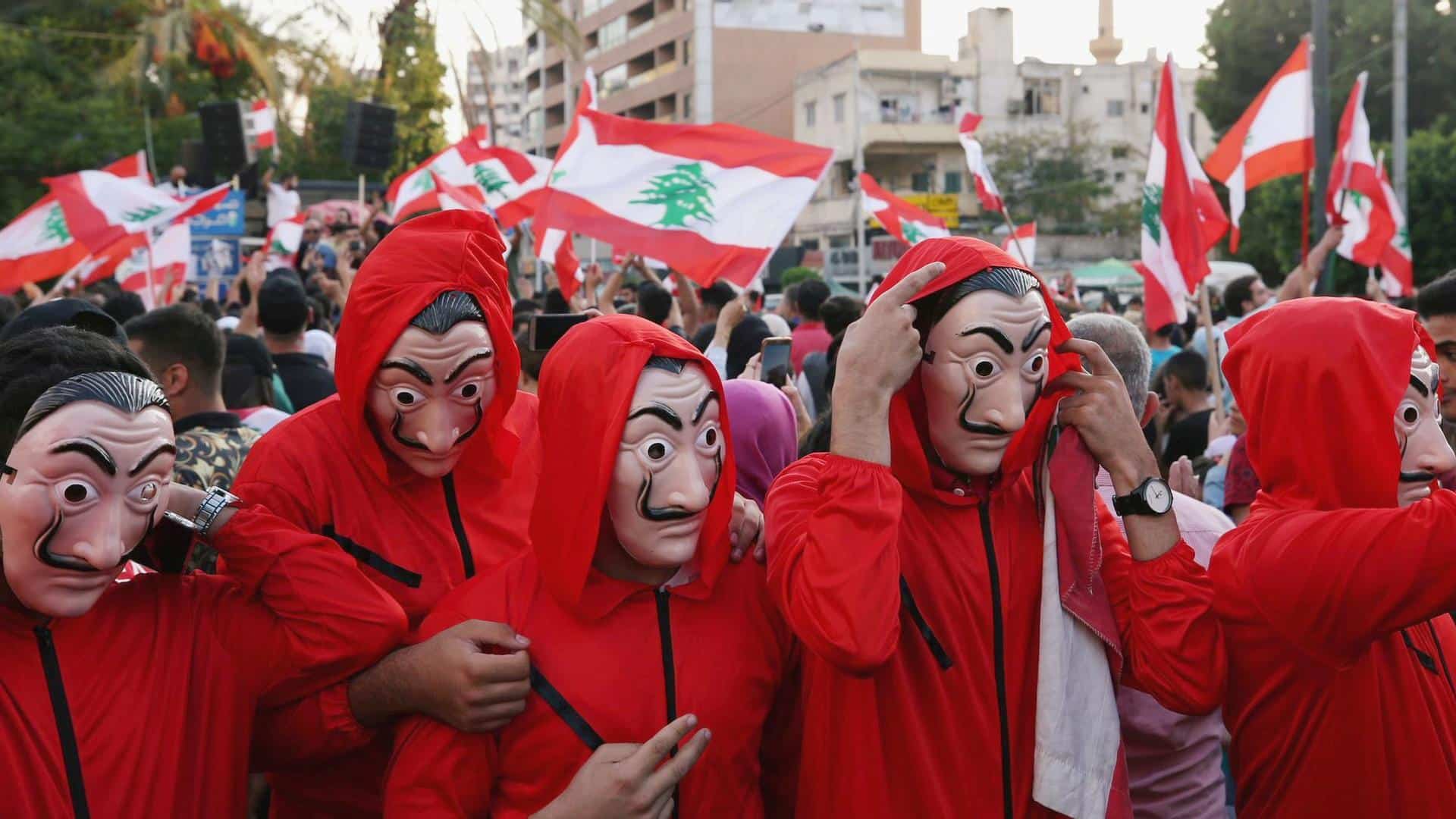 Drawing on interviews from the “Duncan Trussell Family Hour” podcast, this animated series follows a spacecaster who travels the galaxy searching for the meaning of life.

A cast of quirky critters and Mother Nature herself narrate this funny science series, which peeks into the lives of Earth’s most incredible animals.

Six couples vie for the deed to a remote Alaskan lodge by proving which is the fittest to survive in a breathtakingly pristine but rugged wilderness.

After a body is found sewn inside a cow hide, a Wrocław detective discovers a killer is recreating an 18th-century “plague” of criminal punishments.

A successful, cold-blooded crime novelist gets involved in a kidnapping case while uncovering the corrupt ties between politicians and the local mafia in Valencia, Spain.

The Willoughbys – Netflix Kids And Family

Convinced they’d be better off raising themselves, the Willoughby children hatch a sneaky plan to send their selfish parents on vacation. The siblings then embark on their own high-flying adventure to find the true meaning of family.

The dark comedy series about a wealthy Mexico City family with secrets returns for Season 3.

Mia goes to medical school to get close to a professor she suspects had a hand in her past family tragedy and gets tangled in the world of biohacking.

“Set in the small fictitious town of Tambury, the comedy-drama series follows Tony (Ricky Gervais), a writer for the local newspaper whose life is upended after his wife dies from cancer. 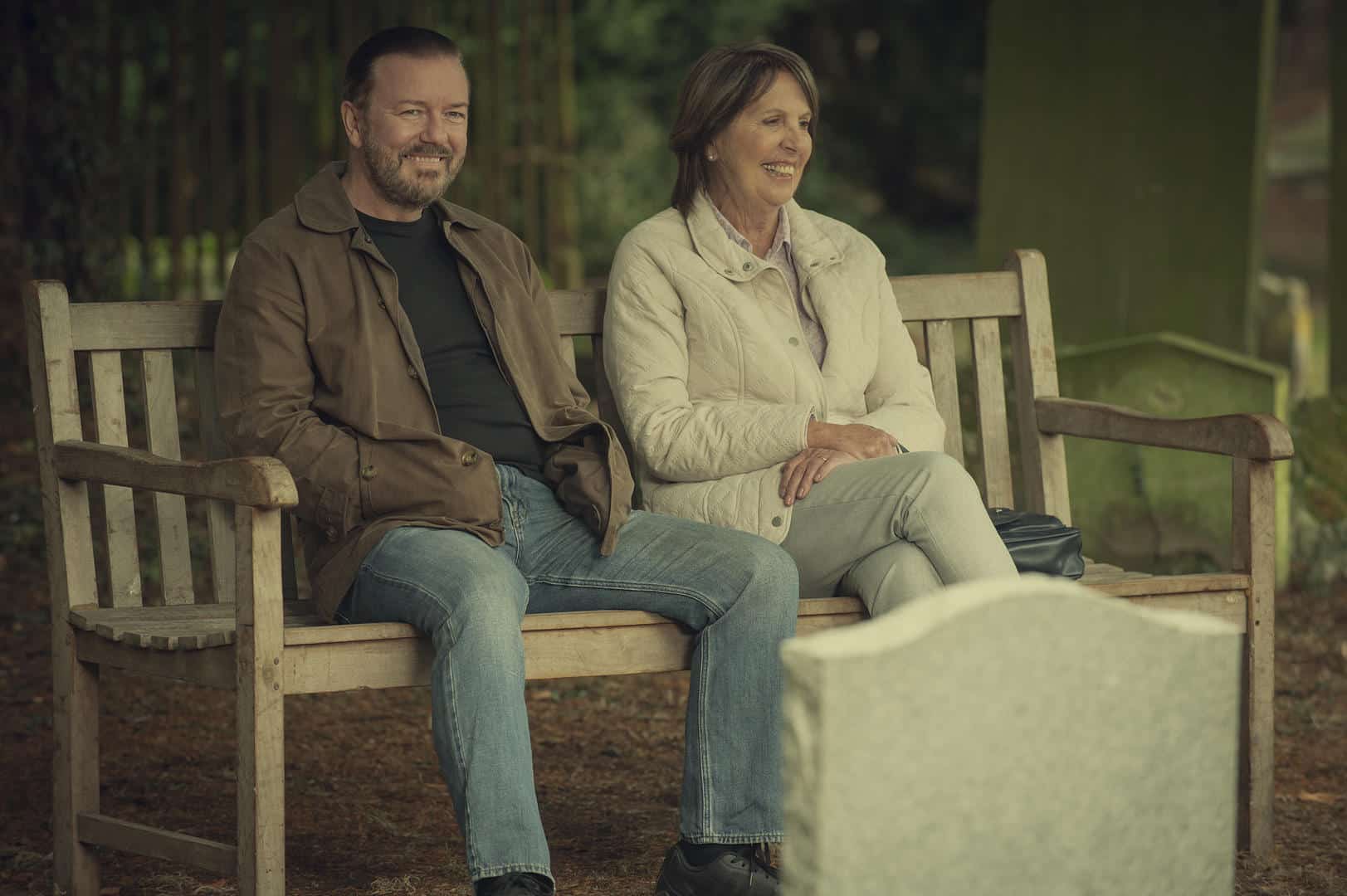 Tyler Rake (Chris Hemsworth) is a fearless black market mercenary with nothing left to lose when his skills are solicited to rescue the kidnapped son of an imprisoned international crime lord.

Measuring his adult life against the goals set in a letter written as a teen to his future self, Kanan Gill’s takeaways get dark – yet oddly illuminating.

Never Have I Ever – Netflix Original Series

A coming-of-age comedy series about the life of a modern first-generation Indian American teenage girl, inspired by Mindy Kaling’s own childhood.

(Extracurricular is a story of high school students who become tangled in a series of conflicts and events that challenge human values and morality. ) Jisoo ends up committing a serious crime because of his determination to make college tuition money on his own, by any means. Minhee gets caught up in Jisoo’s crime while Jisoo’s schoolmate Gyuri becomes involved in the same crime.

Inspired by Federico Moccia’s books, this series follows Summer, who longs to leave her small town and see the world, as she meets Ale, a motorcyclist.

A Secret Love tells an incredible love story between Terry Donahue and Pat Henschel, whose relationship spans nearly seven decades. Terry played in the women’s professional baseball league, inspiring the hit movie A League of Their Own. But the film did not tell the real-life story of the women who remained closeted for most of their lives.

After 16-year-old Cyntoia Brown is sentenced to life in prison, questions about her past, physiology and the law itself call her guilt into question.

After discovering his estranged daughter’s link to mysterious murders, a forensic detective with Asperger’s syndrome risks everything to solve the case.

Nothing’s as it seems when a charismatic conman and an aspiring film crew delve into the lives of two emotionally scarred women.

Working incognito at his rich dad’s company to test his own merits, Teto falls for Paula and tells her he grew up poor, a lie that spins out of control.

After losing her waitressing job, Katie Franklin (Camila Mendes) takes a job as a caretaker to a wealthy elderly man in his sprawling, empty Chicago estate. Sasha Alexander, and Elliott Gould.

Dragons are on the menu as the crew of the airship Quin Zaza sets out on a hunt. If they fail, empty stomachs will be the least of their worries.

Twenty years after their debut, join the beloved members of Arashi on a new journey as they showcase their lives, talents and gifts to the world.

Geek | Everything New on Netflix This April 2020
a