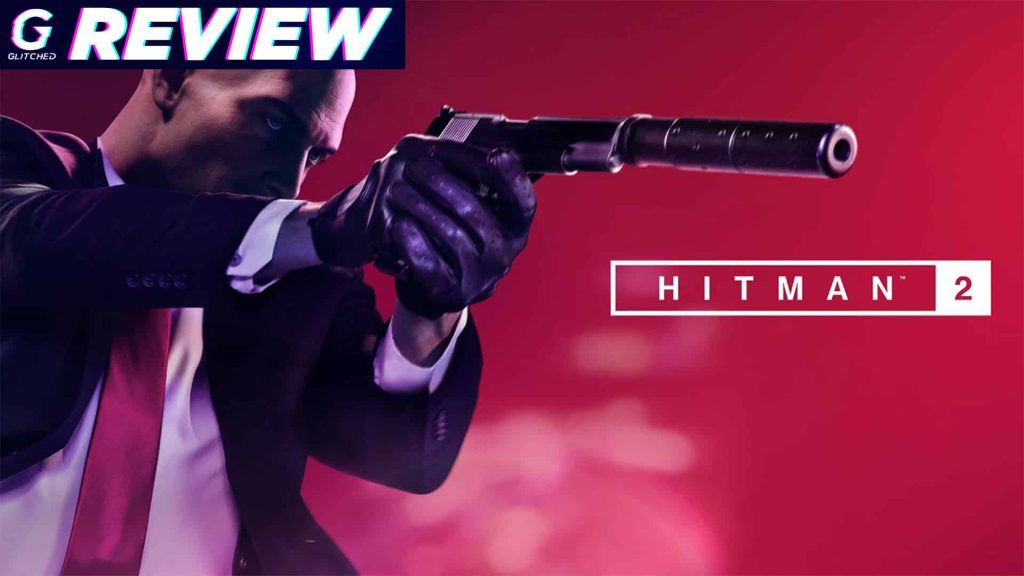 With Hitman 2, you can once again step into the boots of everyone’s favourite Assassin, the enigmatic Agent 47. Unlike the franchise reboot title in 2016, Hitman 2 does not follow an episodic release format as it is now a fully-fledged experience right from the get-go. It is, without a doubt, one of the best moves developer IO Interactive could have made with the franchise, as Hitman 2 now feels like a complete, robust package that leaves little to be desired.

IO Interactive didn’t reinvent the garrote with Hitman 2 and if you are familiar with the gameplay of the 2016 Hitman, you will feel right at home here. There are some additions like the Sniper-Assassin game mode and even with some minor glitches, the game is still a polished experience that all Hitman fans will thoroughly enjoy.

Check out our Hitman 2 video review below:

The game picks up right where the previous instalment left off but this time, it is more personal. Agent 47, with the help of his handler Diana Burnwood, takes a deep delve into his past and shadowy organizations to uncover the truth of Agent 47’s past. The hunt for the elusive Shadow Client is on and throughout the story, it was clear that Agent 47 will never be the same after his latest outing.

The story gets told through your actions and great voice acting, as well as cutscenes between each story mission. These cutscenes take the form of stills with a voiceover and honestly, it feels as if the developer could have done a bit more with some great CGI cutscenes instead. Even so, the format did work for me and didn’t take anything away from the experience. Some Hitman fans might disagree on this, but for me, Hitman has never been about the story, but rather the gameplay and slicing your own path through its detailed levels. 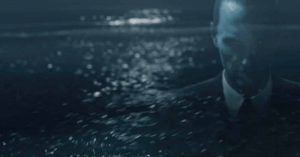 As with every other Hitman game before it in the franchise, Hitman 2 is bloody, brutal and oh-so-fun to play. The game maintains the dark humour and some fantastic writing across all six missions most of which boast massive maps. It simply never gets old when Agent 47 makes a dry joke about, for example, this food being “killer” as your target takes a bite. The series’ goofy undertone remains fully intact as you watch Agent 47 “blend in”, from pouring drinks at a bar to playing the drums in Columbia. He performs these acts with such professionalism that I can’t help but think his talents could lead him down any avenue of employment he chooses. Sure, he might not be charismatic, but that’s exactly the Agent 47 we have come to love.

The game’s massive maps became my playground in more ways than one. Dumping body after body into a trash bin, a closest, or even the ocean and just about any other space available doesn’t get old. There’s this great feeling of tension after you stashed some bodies that keeps building up as you wonder when or if someone will stumble upon them. 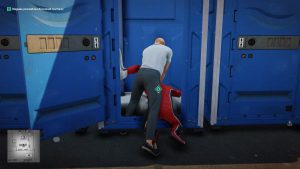 Drowning an NPC in a toilet or snapping their neck in the woods feels responsive and brutal while using the environment to kill a target is always rewarding. Some examples I used to eliminate my targets was dropping things on their heads, sabotaging their vehicle, or using electricity to electrocute them with ease.

The most important part about the gameplay is the freedom it provides players and how the environment reacts to your actions. Everything you do can have consequences or open up new paths to your targets. Hitman 2 delivers the most open-ended gameplay in the series to date and that, in itself, is saying something.

Stealth works exactly the same as the 2016 Hitman and the ICA training facility mission is even reused as a way to teach players the basics. If you’ve played the previous game, you will know exactly what to do in Hitman 2. That doesn’t mean everything about the game feels the same, however, as there are more ways than ever to kill your target or escape by, for example, blending into a crowd in various locations. 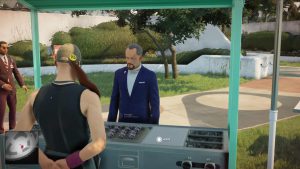 From Miami to India, a town deep in the jungles of Columbia and even a suburban area which Hitman: Blood Money fans will love, the game’s areas continued to impress us the more we explored new avenues of eliminating a target. There are a couple of smaller other areas as well, but those would be considered massive story spoilers to name. You can play each area with a Guided System to help you find area missions and ways to eliminate your targets, or you can just take to the streets and explore everything, finding your own creative ways to kill. After completing the story, I went back to a couple of the maps and that is, honestly, where the real fun started. Without the Guided system, the game really opens up and delivers an extraordinary level of freedom.

It is simply extremely satisfying when your plans work out perfectly and you get to a target, kill it, and get out without being noticed. However, the moments I enjoyed the most was when my plans went haywire and I had to improvise on the go because, in the end, there is simply nothing better than finishing a mission by getting the hell out of dodge in a mascot costume. 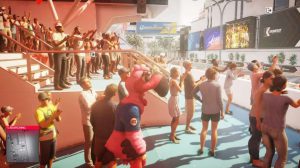 All the maps and missions boast various ways to eliminate your targets and some of them are more difficult than others. At one stage, I impersonated a shaman and got rid of evil spirits at a construction site to lure a target in and kill her by dropping a big crate on her head. In another mission, I sabotaged a ricercar by impersonating a pit crew member and watched as the carnage unfolded. Not once did it feel like one mission was just a copy-paste of another and there’s just something so unique about seeing the inhabitants of a map react to you in different ways depending on who you are disguised as or what you have done.

Taking on different roles through various disguises is always a rewarding experience and is vital to success in Hitman 2. You can, for example, become part of an event’s staff to eavesdrop on conversations, or pick up an instrument to entertain a crowd. Normally, you have to get these disguises from taking it off an NPC and stashing their body somewhere safe, as is Hitman tradition. 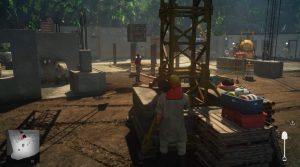 All this is done through gathering information and sneaking about in some very solid stealth gameplay. For those who have itchy trigger fingers, keep in mind that it is also possible to shoot your way out of sticky situations or blow things up to cause distractions.

You don’t necessarily need to take the stealthy approach all the time, but it does help quite a lot and the game does steer you in that direction. At one point, I tried to shoot my way out of a sticky situation in a suburban area and saw everyone taking up arms against me. Even though I survived for over 10 minutes, my target was fortified at this point and I simply couldn’t make it too him. However, it was close and he barely escaped, so it is possible to go in guns blazing in my opinion. Preparing for your mission is also important for success. As you progress, you unlock new starting locations in each map and you can also bring some items with you. You can take a concealed weapon on some missions, or smuggle in an item that will be stashed at a certain location on a map. 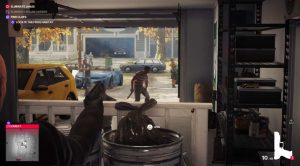 All this opens up new avenues on a map as you gain experience to unlock more options. It is very clear that the game isn’t just meant to be played once and as fans of the 2016 Hitman will know, it is all about slow and steady progression to those extravagant kills, learning the secrets of each map and becoming the greatest assassins that ever lived in the process.

Hitman 2 is without a doubt a great experience, but there are some flaws. At times, NPCs stopped mid-sentence because something triggered another response from them. Then, I also experienced some frame-rate drops, especially when shooting through glass. These are small kinks in the otherwise polished package and with Hitman 2, there also comes a new experience for players to enjoy.

I am, of course, talking about the Sniper-Assassin mode which delivers a great break from the formula as you settle into your perch and take down targets from afar. At the moment, there is only one map available for the mode, but this will change with the upcoming expansion packs. Even with just one map, it was a great experience taking down targets attending a wedding and learning about all the intricate details of sniping. Bullet dipping, timing and learning the patterns of your targets all play a big role in the success or utter failure in Sniper-Assassin. Best of all, you can use different types of bullets, from straight up body-piercing rounds to wall-piercing rounds and even Shockwave ammunition. 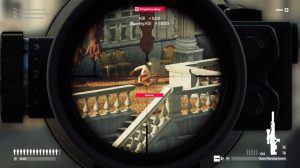 Eliminating targets gives you XP and the better your kills, the better your reward will be. As you level up in the mode, you unlock new sniper-rifles and upgrades. It feels like a miniature RPG built right into Hitman 2 and just another great reason to keep playing. The mode can be played either in co-op or alone (with Agent 47). Unfortunately, since the game only releases today, I didn’t have someone to play with in co-op, but playing the mode alone was already great fun.

Hitman 2, at times, feels more like a polished iteration of the 2016 reboot than a new game. The amazing stealth gameplay, brutal kills, player freedom and breath-taking maps are all there. Hitman fans will love it and even if this will be your first time with the Hitman franchise, we still highly recommend Agent 47’s latest killer outing. There are still some kinks to work out with a few bugs here and there as well as some performance issues. The story is also relatively short and should take you between five and six hours to complete depending on your level of skill.

However, if you combine the story with all the replay value, Elusive Targets (the first one coming in one week in the form of Sean Bean), player-created contracts, leaderboards for each mission and level, as well as the satisfying Sniper-Assassin mode, Hitman 2 becomes a robust package. I can see myself spending another 30 hours in the game just finding more ways to kill my targets and trying to climb the leaderboards. Then, there are also two DLC expansions coming, each featuring a new map, weapons and more Sniper-Assassin.

In the end, Hitman 2 is one of, if not the best assassin games I have ever played. With tonnes of freedom and replayability, excellent gameplay that allows for player creativity to flow and an abundance of ways to kill your targets, Hitman 2 shines in every aspect we wanted it to. It is a big step up from the 2016 Hitman and although the game isn’t revolutionary for the franchise, it is a prime example of how to do a sequel well by expanding upon and improving most aspects.

This review was based off a retail copy provided to us by Warner Bros. Interactive Entertainment