Hood: Outlaws & Legends released back in early May but it is one of those games you really need to sink time into before you can put together a “will this work” review. For starters, the game relies on other players as the PvEvP mechanics means it needs actual traffic to survive. In addition, it relies heavily on content and most importantly, new content on a regular basis. The team at Focus Home Entertainment and Sumo Digital have their work cut out for them with this game because even a week into playing it, I was kinda bored.

In short, Hood: Outlaws & Legends focuses on two teams of players as they enter a map filled with guards, sneak opportunities, shortcuts to unlock, ammo to loot and a treasure to track down and steal. The catch, the treasure is always locked behind a vault that requires a key held by a Sherrif. This Sherrif either has to be downed by damage or you can simply steal the key from him. The challenge comes in everything that arrives while trying to do this.

Be it the other team constantly hunting you down by sneaking through a bush nearby or the relentless enemies that march through the map waiting to start a fight. Hood: Outlaws & Legends is a tough game. These enemies aren’t downed easily, the other players literally are hidden out of sight when creeping in a bush and the pure chaos of the treasure hunt is rage-inducing.

The thing I loved and hated about Hood: Outlaws & Legends is how fragile everything feels. No character, even the brute-like soldier guy, feels overly strong by any means. Knowing that you might not survive a combat encounter between two guards makes it a challenge to keep your head down and avoid detection for as long as possible. Then again, there’s always the other team getting in the way of things and they really do. I have yet to play a match where the other team does not cause hassle for me by being seen first. Sure, this could be an intentional mechanic but still annoying. Being a PvPvE extraction game, it means the moment I got into a match my heart was racing. It is a lot to handle. Firstly, you need to stay  quiet, avoid the guards, find a quick way into the area all while trying to make sure the rest of the team does not screw up. The action really starts once I found the vault key as the other team gets notified. So from that moment, you are always on the lookout for them be it avoiding their arrows or backstab that can take you down instantly.

A typical match follows the same procedure. Get in, use each character’s ability to find the fastest way into the area, steal the key, loot the vault and carry this treasure chest back to the extraction point. Once there, I had to crank the box for my escape while avoiding the constant onslaught of guards and the other players trying to kill me and crank the chest for themselves. 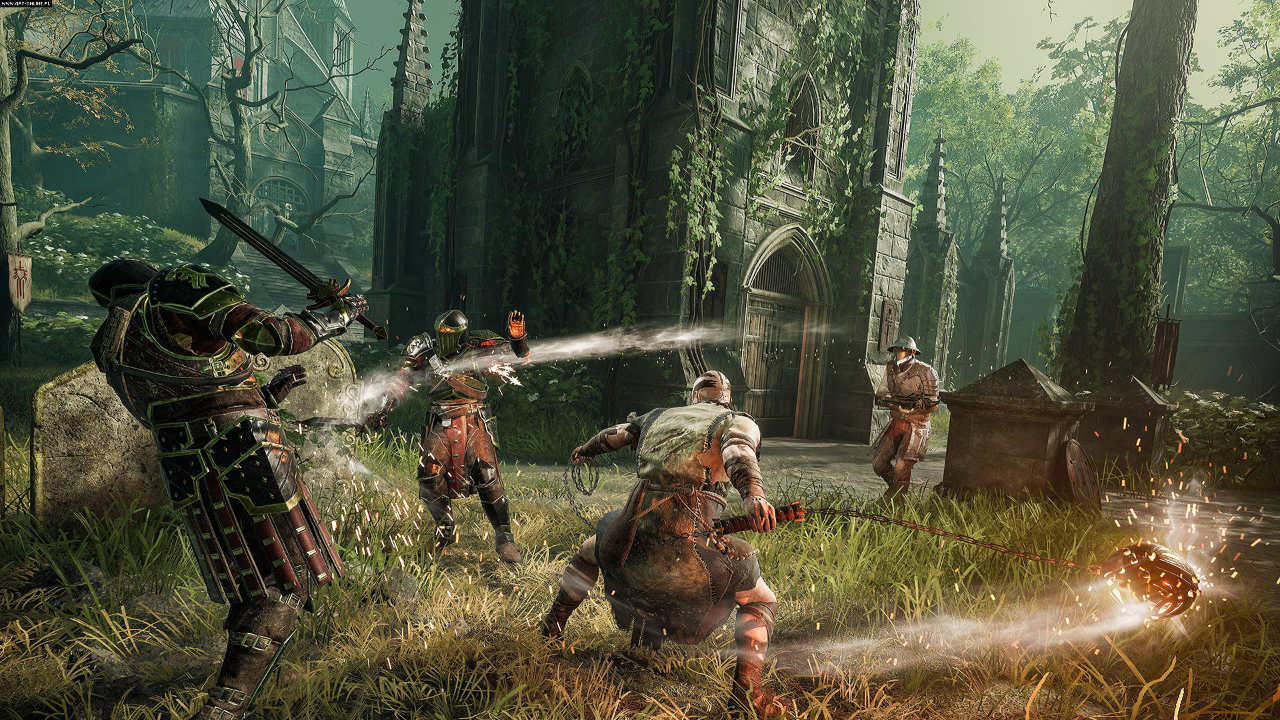 This is where you need to be smart in Hood: Outlaws & Legends. Each map has a range of spawn points. The close the point, the faster you or the enemy team can get to the extraction point. The trick here is to take back these spawn points by standing in them for a while before converting them to your team. It drastically changes the flow of the match. If you own both closest spawns, the enemy team has to trek from the back of the map to get to you. This gives you lots of time to crank the chest.

However, it is easier said than done. The opposing team would often camp one player on these spawns and hide in a bush. Just when I thought I had the point down, he would shoot an arrow through my head and kill me. It is daunting but a load of fun at the same time. Don’t get me wrong, Hood: Outlaws & Legends is more annoying than it is fun but I had a few laughs over the past few weeks. Especially in matches where the other team cranked the treasure to 90% only to have my team come in, wreck them all and finish off the 10% for ourselves. 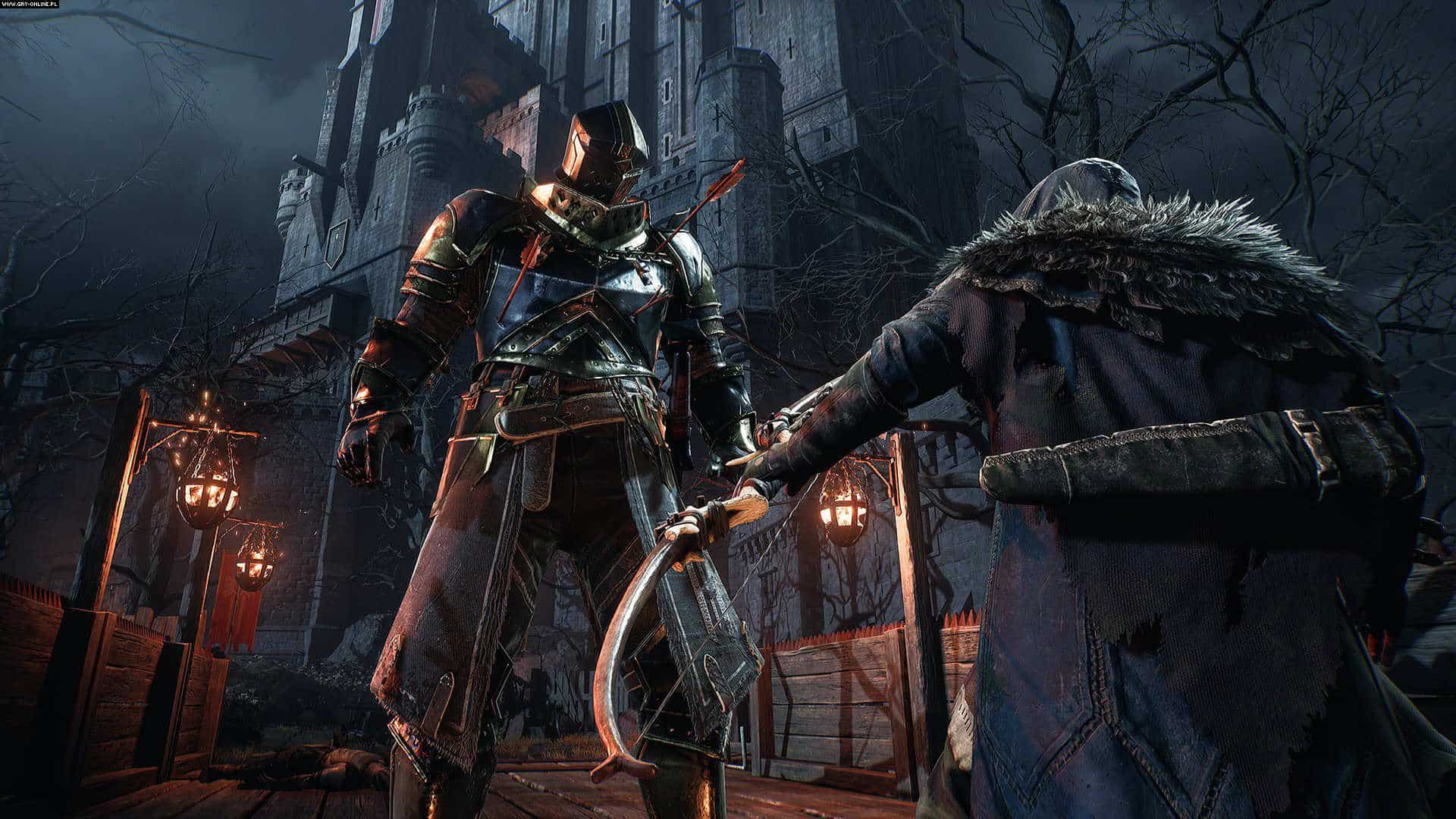 The characters also somewhat make Hood: Outlaws & Legends what it is. There are four heroes to choose from with more on the way. While they are cliche, have stiff animations and zero personality, the roles they play are crucial to the game. There’s Robin, a cloaked bowman that acts as a sniper. John is a brute tank-like character with a massive hammer.  Tooke is a healer that swings a flail around. Lastly, Marianne is a rogue with a crossbow and blades.

Each character has its own unique look and feel and a range of cosmetic items to equip as you level up the social hub by simply playing the game. In matches, they also all come in handy. Robin and shoot a piece of wood sticking out of a vantage point to create a hanging rope players can climb up. John can also lift gates up while other players crawl through the hole. For the most part, every ability of each character feels important. The squishy characters are great at running to the spawn points and keeping them safe by hiding away. On the other hand, John being the brute is fantastic as close combat against enemies. You’ll never choose someone and feel let down.

At the same time, much of Hood: Outlaws & Legends feels clumsy no matter how careful or good you are at the game. Other players alert guards which results in utter chaos during the entire match. There’s also the final part, the crank, where everything is a mess and you are forced into a box no matter what character you choose. Combat also doesn’t gel well with the whole PvPvE aspect of the game. While I was focused on taking guards down, very slowly too as it relies on a relentless stamina feature, I kept getting shot in the back by the opposing team. There’s always a disadvantage to one of the teams and it needs a lot of balancing.

It also doesn’t help that combat is clumsy. Locking onto enemies often caused me to auto-target a guard standing next to the player I wanted to attack. I then used an ability, of which these don’t come around often, and wasted it on a guard. However, combat does shine during stealth. It is just a pity that it never lasts long enough to enjoy it properly. 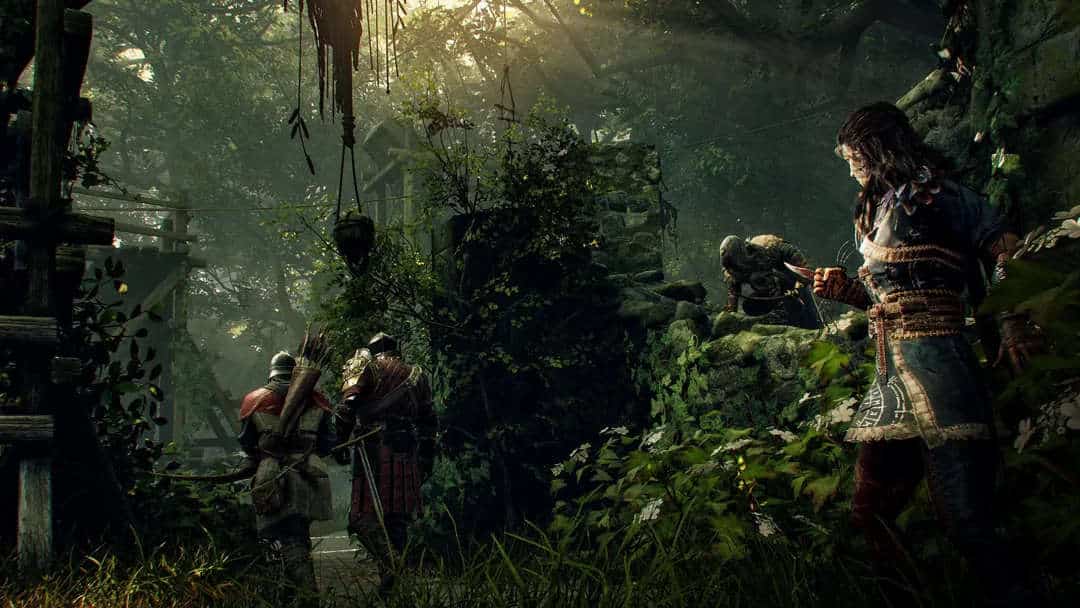 Characters and the clumsy combat aside, Hood: Outlaws & Legends does offer up some great maps to play on. Each of them looks dark and gloomy which adds to the overall ambience of the game. It also enhances the game’s sneaking and emphasis on being silent. The map design is also superb. Massive castle walls made me feel like there was something valuable on the other side. There’s even a marshland that looks great with its ruins scattered around the map. Sure, most of these maps sort of blend into each other after a while but they look good at least.

While has the potential to be great, it is just not there yet. The content dies out very quickly and the only real push to keep playing are the daily and weekly challenges. However, even these felt mediocre especially when they tasked me to win matches. Of which was almost impossible due to that little thing we call “ping” here in SA. Hood: Outlaws & Legends is not easy to play already and now I had 180ms ping against me that made the game unbearable at times. Attacking another player felt off and the servers are constantly rubber banding. This is an issue when trying to aim down for the perfect headshot.

The game package just feels “early access” with limited content, features, cosmetics, maps and characters. Sure, it has some amazing moments and I enjoyed my matches more than I hated them. However, I can’t help but feel like this game will be better in a few months time. It needs balance and it needs content.

This Hood: Outlaws & Legends review is based on a code sent to us by Focus Home Entertainment