Ever since Valve revealed Artifact, their digital card game based on Dota 2 at The International 2017, there has been a negative vibe surrounding the game. I don’t blame people for being a bit negative, as Valve didn’t announce Half-Life 3 or anything fans really wanted, but instead, a card game nobody asked for! People might still be upset about Artifact and ever since the game released, it’s store page has been filled with Artifact is pay-to-win screams.

Everyone is jumping on the Artifact is a pay-to-win game bandwagon and at first glance, you can’t blame them. The game costs R290 to play, then Valve sells you card packs for R29 each. Then, you also need to pay to enter expert events by purchasing event tickets, with the lowest option being R72 for five tickets.

It is not unfair to think “can I even play this game without opening my wallet again after my initial purchase?” and it is something that I’ve been asked about on local groups and via Steam chat since the game’s release. Therefore, I want to clarify exactly what it costs to be competitive in Artifact for South African. Further, although there is a pay-to-win aspect to Artifact, you have so many options and modes to enjoy without dropping a single cent on the game. 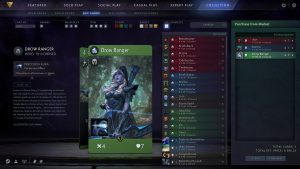 First up, I am going to list the modes you can play without spending anything, so check them out below.

Those are a whole lot of modes and not one of them are locked behind a paywall, nor do they require you to purchase more card packs to enjoy. Sure, you don’t get any card packs for doing well in these modes, but you also don’t lose anything. Let’s look at the three modes that actually do require you to spend an event ticket (which you get five of with your initial purchase of the game) below.

From these three modes, only Expert Constructed could really be considered pay-to-win in Artifact. Now before you go scream at me about how that’s the most important mode, it is not. In fact, Phantom Draft is the mode used for esports tournaments, but let’s backpedal a little.

Yes, in Expert Constructed you have to build a deck from cards you already own, and that is the one mode that can be considered pay-to-win. The degree to which this mode is pay-to-win might be a bit misleading, however, as after opening my initial 10 packs with the game’s purchase, only had to spend R48 to complete two highly competitive decks, the B/G Pauper Aggro deck and Kosmic Black deck. With these two decks, I went on 3 and 4 Expect Constructed win streaks with very little issue, even when running into decks based off the most expensive cards, Axe and Kanna. 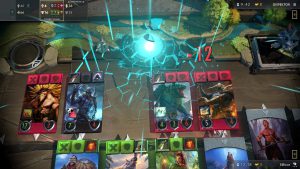 You don’t need an Axe (currently selling for R250) at all and trust me, the Kosmic Black deck can crush those Red/Green or Red/Black decks featuring Axe as the main star. There’s a misguided idea that you need the best possible deck or these types of hero cards to be competitive and that is not the case at all. At the moment, Artifact is so new and the marketplace is still stabilizing. Further, as the meta is still in its infant stages and I would not be surprised if Valve nerfs some of the “best” cards soon. So that’s the pay-to-win portion of Artifact.

Then, you also get the top, esports mode called Expert Phantom Draft, or just Phantom Draft (if you don’t want to spend event tickets). This mode has you drafting your deck from card packs with random cards in them. No matter if you own the best cards in the game, you will likely not get them in Phantom Draft. It is the main competitive focus of Artifact and it is in no way pay-to-win. You can play it in Casual or Expert, so in casual you don’t have to spend an event ticket at all, and the playing field is even if you do go for the Expert Phantom Draft mode. 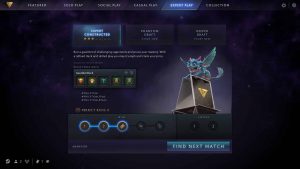 To put things into perspective, there are 10 ways to play Artifact at the moment and only one of the modes can be considered pay-to-win. Then, you also don’t need to spend hundreds, as you can build a highly-competitive deck for less than R50. The rest of the modes are certainly not. The only real thing I do think is a bit unfortunate is that after you spend your initial five tickets, you have to pay for more. There’s also no way to get more cards except for playing and doing well in event’s that require tickets, or by throwing your wallet at some card packs.

It feels like many gamers have just jumped onto the Artifact is a pay-to-win game bandwagon and although a small portion, I would rather say it is pay-to-participate in three modes if you also want to earn more card packs doing so.

Right now, all you really need to know is that don’t let the pay-to-win screams put you off. The game is highly enjoyable without having to pay a cent and sure, it feels bad getting wrecked by a deck featuring the most expensive cards, but it feels even better destroying that opponent with a deck that costs almost nothing. The game is still in its infant stages and it is one of the utmost quality. 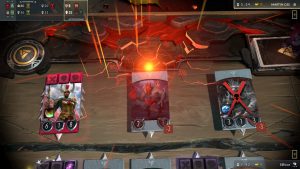 I will have my Artifact review up later this month and deliver my final verdict, taking the small portion of pay-to-win and pay-to-participate aspects into account. For now, we would like to hear what you think about the whole Artifact is pay-to-win issue and if you are playing the game right now.

Sillicur
PrevPreviousThe Coolest 2018 Gadgets that Changed the Tech Game
Next5G: What You Need To Know About The Next Generation of Cellular NetworksNext
Gaming | PC | How Pay-To-Win is Artifact Really?