How Spider-Man: Far From Home Post-Credit Scene Sets up The MCU’s Future

How Spider-Man: Far From Home Post-Credit Scene Sets up The MCU’s Future 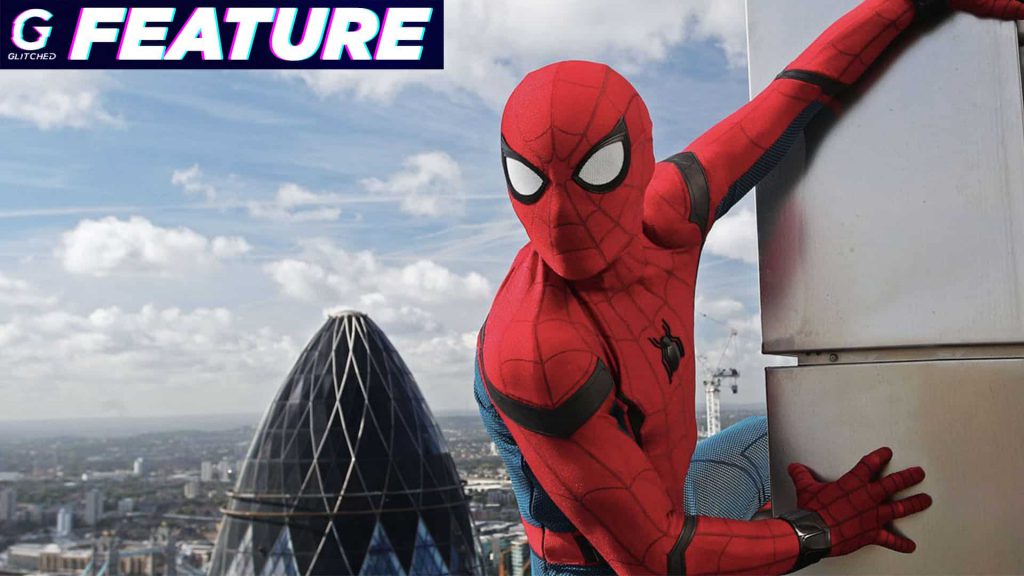 Spider-Man: Far From Home hit South Africa cinemas yesterday and without spoiling anything, it is a must-watch. Technically, the film is still part of the MCU phase 3 and it is the last film before we truly move into phase 4. In the film, the events of Avengers: Endgame are very clear, but what will happen in the MCU’s phase 4? Well, the post-credit scene and mid-credit scene for Spider-Man: Far From Home sets up the MCU’s future in some very significant ways.

Before we continue with this discussion below the image of your favourite neighbourhood Spider, please note that this post contains massive spoilers for Spider-Man: Far From Home. You’ve been warned. 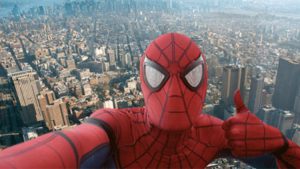 Still reading? Well, then you want to know about how the film’s post-credit and mid-credit scenes set up the MCU. Let’s start things off with the first scene. Last chance to get out and avoid spoilers.

So, the mid-credit scene picks up where the film ended, with Spidey swinging around the city with MJ. Just as he drops her off, something very big happens. J. Jonah Jameson, portrayed by J.K. Simmons, appears on a billboard with some breaking news: “Your friendly neighbourhood Spider-Man is actually your metropolitan villain”.

Further, the final fight between Spidey and Mysterio is made to look as if Peter is responsible for it all, including the drone attack, edited by Mysterio’s team. Things get worse, however, as J. Jonah Jameson outs Peter Parker as Spider-Man in a shocking turn of events. This mid-credit scene doesn’t set up the MCU as a whole, but it does set up for the next Spider-Man film, where Peter will have to deal with not only the accusations of him being responsible for the villainous deeds but also about being outed as Spider-Man and the immense fallout that this move by the ex-Daily Bulge reporter might have just caused. 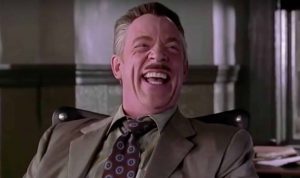 This, however, doesn’t even come close to the post-credit scene’s shocking revelation that, in my opinion, sets up the future of the MCU and might even give us an idea of what the next Avengers film will be about.

The future of the MCU explained in four words: Secret Wars and Annihilus

The post-credit scene shows Nick Fury and Maria Hill driving while briefing someone on coms about the events that transpired in the film, when all of a sudden, Maria reveals herself to be a Skrull (shapeshifting aliens from Captain Marvel) and Nick Fury does the same. It turns out, they have been reporting to the real Nick Fury, who appears to be on a Skrull spaceship on a simulated vacation, because Tahiti is a magical place, after all… 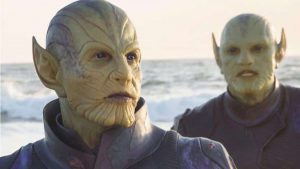 The real Nick Fury then says “Everybody back to work”, ending his vacation. This is a very significant scene, as the Skrulls seem to be helping Nick Fury. These Skrulls are non-other than Talos and Soren who Carol Danvers and Fury helped during the Captain Marvel film. This also means that other Skrulls with nefarious intentions might already be impersonating other Marvel characters or big names in the world’s leadership, as they did with Secret Invasion, even capturing and replacing many of Earth’s heroes and boasting some of their abilities.

Even though Skrulls can pose a big threat, sowing distrust in the already-broken ranks of Earth’s mightiest heroes, the MCU just wouldn’t be the same without a looming threat and a big, bad villain. That’s where one of my top picks for the next MCU villain (written before Endgame) after Thanos comes in: Annihilus.

First off, Annihilus has featured in the Kree/Skrull wars in the comics and he destroyed dozens of Skrull planets during the Annihilation comic book series. This was some of his first invasions and now that it is clear Nick Fury is working with the good Skrulls, things might escalate quickly.


For some background, Annihilus first appeared in Fantastic Four Annual #6, released in November 1968 and created by Stan Lee as well as Jack Kirby. Annihilus is the ruler of the Negative Zone and controls his insectoid-like army and an insanely huge armada. He is the reason for the attacks in the “Annihilation” comic book series and has even teamed up with Thanos in the past. His forces destroyed Zandar in the comics, he wields a weapon called the Cosmic Control Rod, which he uses to manipulate cosmic energy and even the structure of matter. 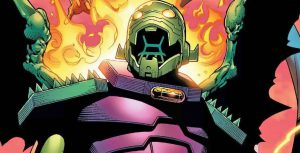 With the Skrull connection in the post-credit scene for Spider-Man: Far From Home, the MCU can take two directions in my opinion, but they aren’t mutually exclusive. We can see distrust brewing between Earth’s mightiest heroes, thanks to evil Skrull capturing heroes and replacing them. Then, to set up the next Avengers, we could see Annihilus invade and destroy Skrull planets with the Skrulls then calling on Nick Fury for help.

The MCU does need a big bad and Annihilus would be the perfect fit. Since Disney acquired all the rights, including that of Fantastic Four from Fox, there is simply no technical reason why Annihilus couldn’t be the next MCU supervillain, and he will be a frightening one at that, controlling an army that would make Thanos’ legions look like a small mob.

What do you think about the Spider-Man: Far From Home post-credit and mid-credit scenes and do you think the MCU will move into the Secret Invasion or Annihilation saga direction? Let us know in the comment section below.