Advertisement
How to Access Act 3 in Returnal Using The Sunface Fragments
"Returnal Act 3 – How do you start it?"

Returnal has an awesome gameplay loop. So much so that when you “finish”  the game you are not truly done with it. If you have come here, you now need to access Act 3 in Returnal and have no idea how to get there. Don’t worry, I also had the same problem. Worst of all, I was reviewing the game so there was no Google to help me because no one could talk about it yet. Thankfully, I figured it out so you don’t have to run around for hours like a lunatic trying to find out how to access Act 3 in Returnal.

Be warned that massive story spoilers and plot details follow so if you have not finished Act 2 yet then don’t proceed until you have.

Returnal Review – Roguelike at its Finest

After you finish Returnal and the credits roll for the first time, the game is not truly over yet. You probably figured this out already by how the game ends. Sure, the credits mean “ending” but the way Selene’s story is not truly uncovered makes no sense. She fights her way to the bottom of the Abyssal Scar depths, kills Ophion, meets some strange octopus owl-like creature and the credits roll. But the game is far from over. In fact, you actually have quite a long trek ahead of you so you better charge up that controller and get ready for another few hours of gameplay. 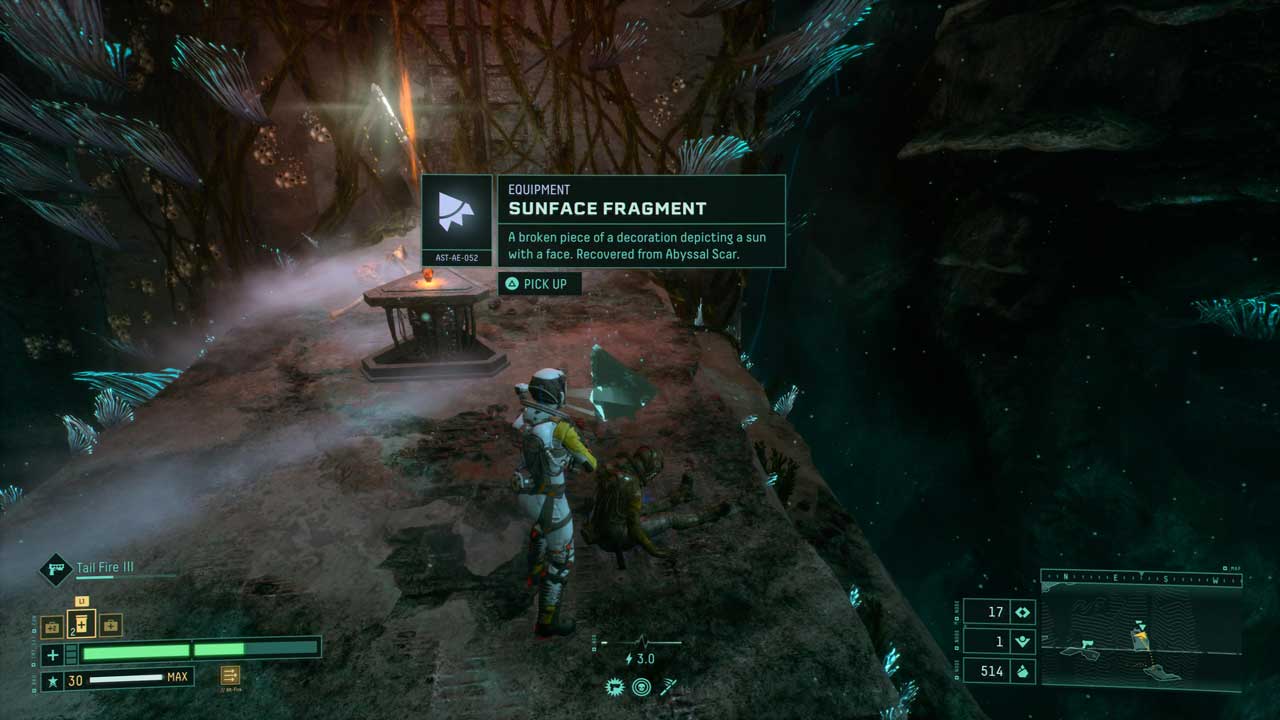 In order to access the final ending of Returnal in Act 3, you need to do some item collecting. Each Biome in the game holds an item called the Sunface Fragment. These disc-shaped items may look familiar to the surface ornament on the wall inside Selene’s house. That is because it is. There are six of these fragments in total and each one is hidden in each biome somewhere. The problem is that they don’t always spawn each time you start a new cycle

I had to run through each biome at least three times in order to find them. There is a trick to finding them though. They are mostly always hidden in areas that require a late-game piece of gear or mechanic to access. For example, the Crimson Wastes (that desert sand area) had it atop a tower that I could not access unless I had the ability to shoot the glowing orbs to make the invisible platforms appear.

The first area, the Overgrown Ruins Survey, had it in an area that required me to own the Promethean Insulators that allowed me to run across the lava into the room where it was hidden. Another one I found was hidden underwater in the Derelict Citadel. 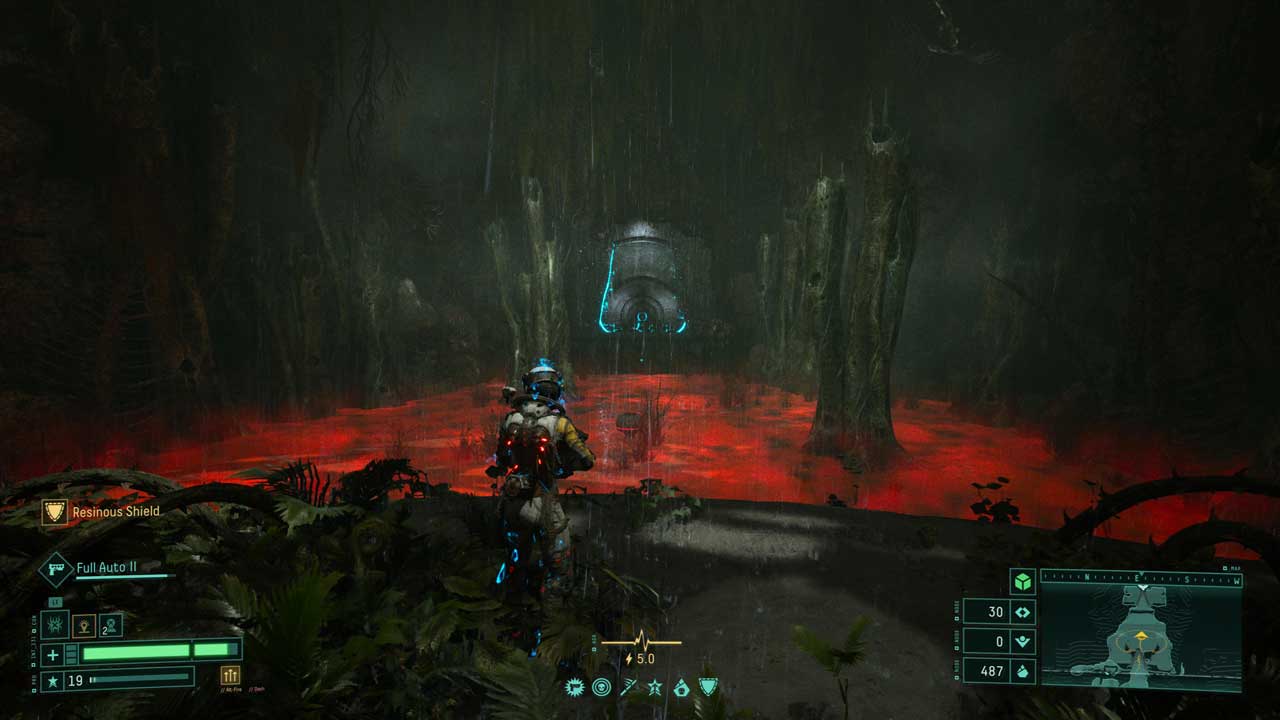 If you find this room, the Sunface Fragment is on the other side of the lava

You see, there is a pattern here. All of the fragments are basically locked behind completing Act 2 in Returnal and owning all the gear upgrades. Of which, you get all of them through story progression besides the Promethean Insulators. This upgrade is only obtained in the Fractured Wastes if you own an Antropian Key and can unlock a door in the safe area where all the Fabricators are. This is the mid-way point in the biome where you need to head out to both sides to collect the two keys.

I know it sounds like a grind but it is actually quite fun to do the above. Not only do you get to revisit the biome but along the way, you will probably unlock new weapon traits, find new items and collectables. When I returned to the Crimson Wastes I discovered that I had only scanned 5 out 15 Glyphs. I barely even touched the place.

Did you manage to find the ending yourself? Let us know in the comments down below. If you have not picked up the game yet then you should. It is great.