Huawei Freebuds 4i Review – Small Price, Big Performance
"Feature-packed earphones for a fraction of the cost" 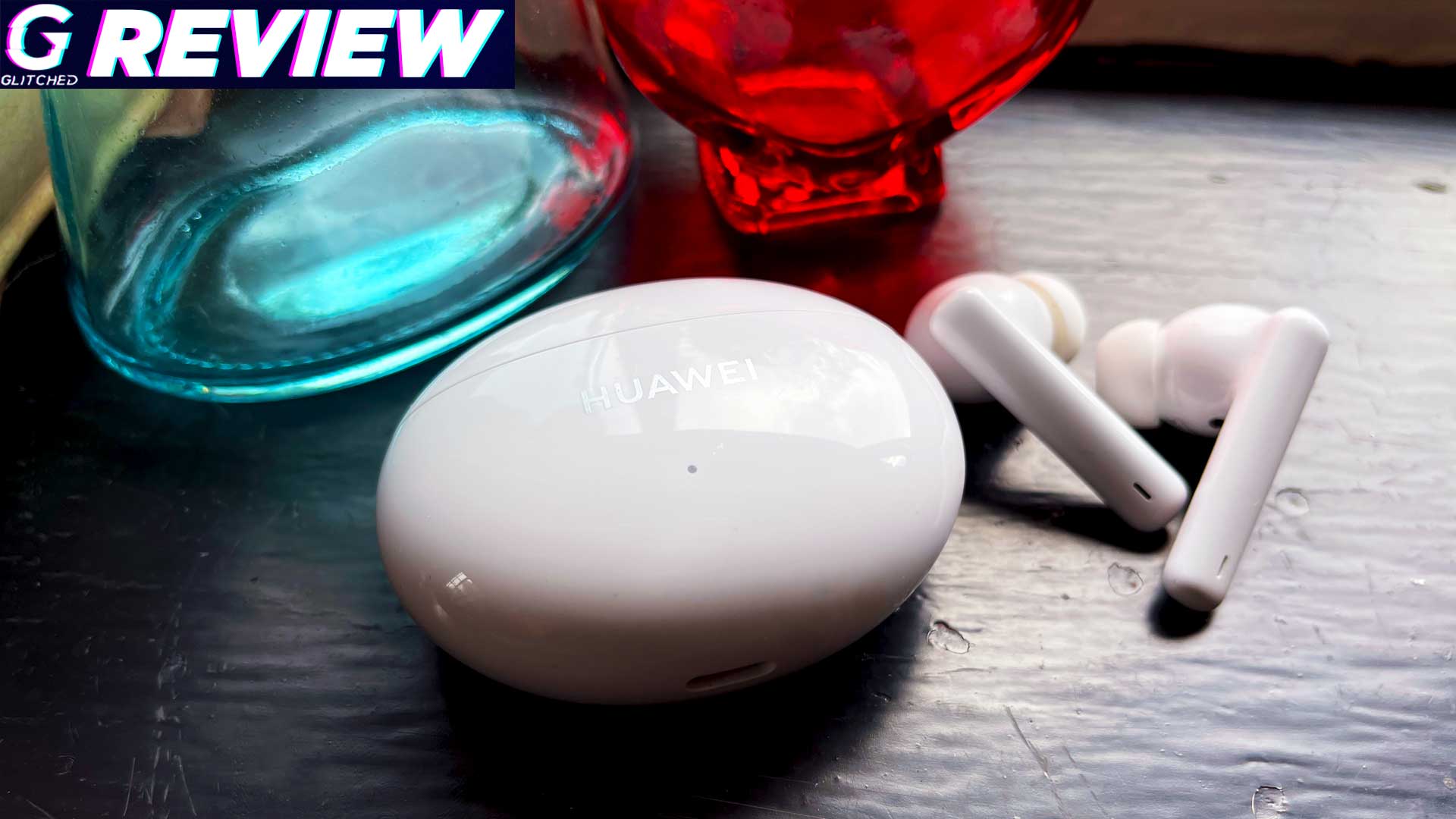 You need to know that I have been putting off buying AirPods Pros for over a year now because the steep price tag simply cannot compete with the likes of the Samsung Galaxy Buds and now the Freebuds 4i. Huawei’s new Freebuds 4i range delivers some impressive sound and a quality build for a product that costs R1499. That is less than half the price of Apple’s AirPods Pros. The Huawei Freebuds 4i come in red, black and white. The model Huawei sent me was the white one. 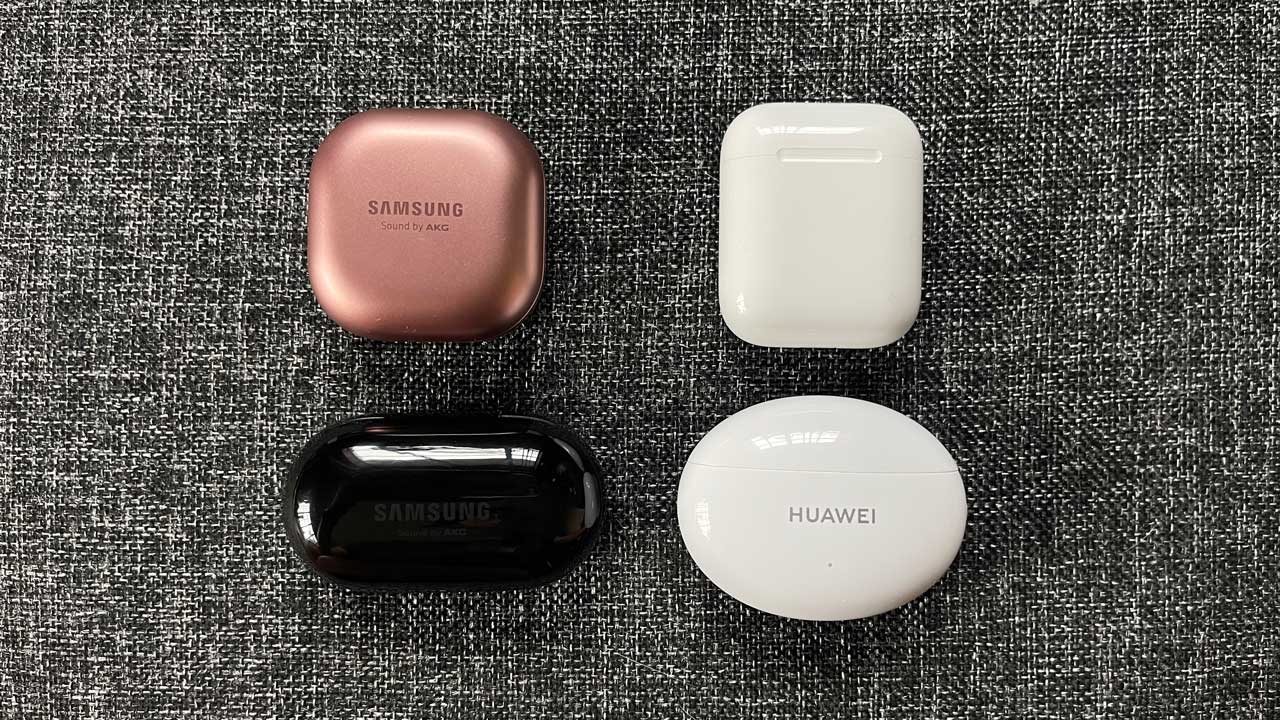 The overall presentation of the Huawei Freebuds 4i when I first opened the box was great. The little capsule is wrapped in a seal and underneath it all, there’s a type-C wire and a box with a booklet and some larger and smaller earbuds.

The capsule itself is quite larger when compared to the AirPods and Galaxy Buds Live. However, compared to the Galaxy Buds, it is the same length due to the egg-shaped design. Like all wireless earphones, the Huawei Freebuds 4i slide down into the case and charge when the connectors touch at the bottom. Then there’s a hinged lid that opens with one finger and feels great to shut. The Huawei Freebuds 4i do not support wireless charging which is understandable at this price tag. 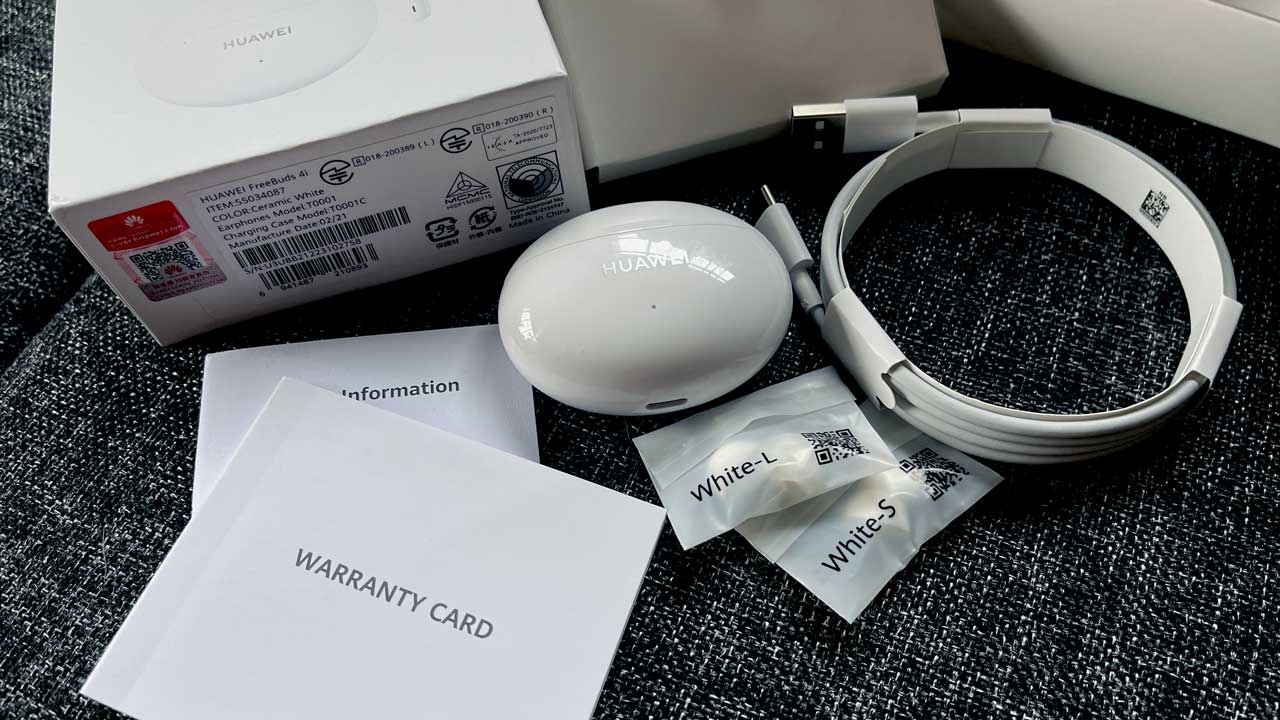 Connecting the Huawei Freebuds 4i was simple. Those with a Huawei device can easily connect them by simply opening up the case. If you have an iPhone or Samsung then you will need to hold down the pair button, which is perfectly chamfered onto the side of the egg, and go into your settings to pair them. Once paired, you’ll never need to do it again unless you switch devices.

I used the Huawei Freebuds 4i my entire weekend. I spent much of the weekend cooking and I love listening to music while doing it. The earphones were in my ears for most of three hours at one point and they were comfortable throughout the long period. They stayed in quite firmly and I never had to push them down or adjust the fit at any point. It also helps that I replaced the medium silicone buds with the “large” that came in the box. It helps seal the fit and improve the active noise cancellation. 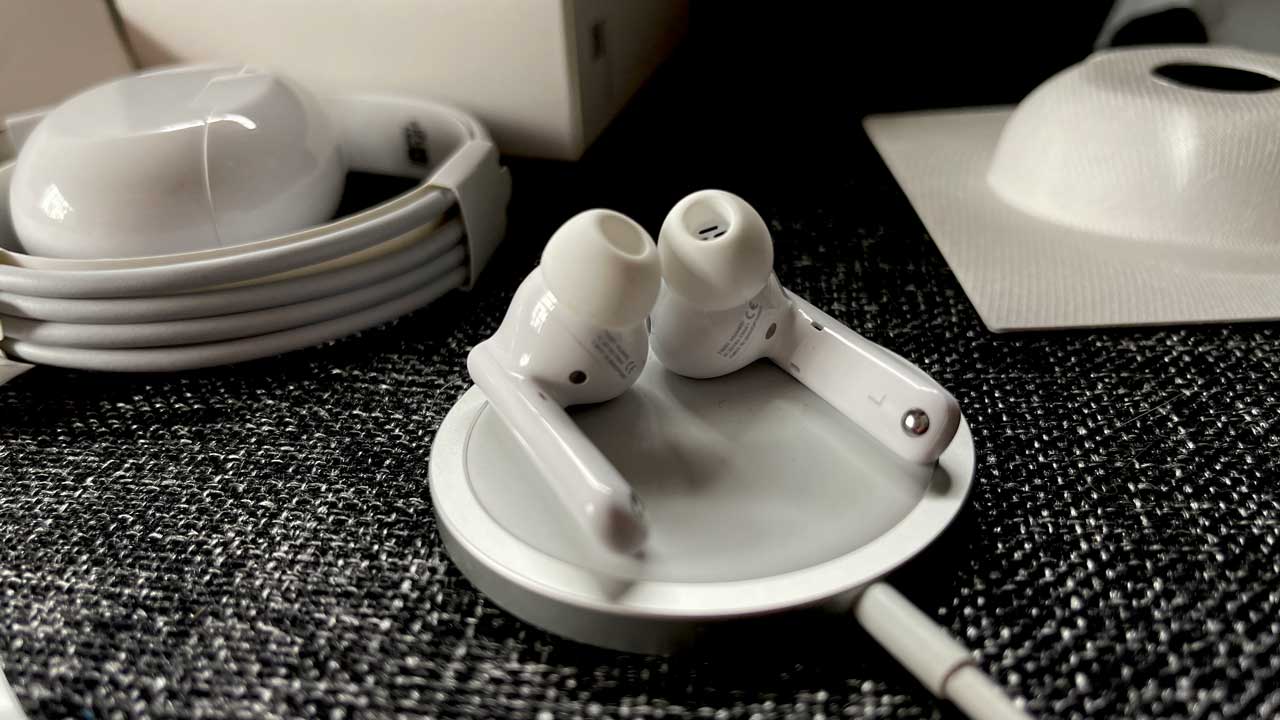 Speaking of active noise cancellation, the Huawei Freebuds 4i include capacitive sensors at the back of the earbuds which are used to control playback and adjust the listening modes. You can also double tap to play and pause a song but there’s no way to skip to the next tune by default for some reason.

Most buds allow for a triple tap to go back or a double tap to go forward but you can’t with these out of the box. In order to change this, you need to use the Huawei AI app to change the behaviour of the taps. However, while the app is available on the App Store, it does not support connecting the Huawei Freebuds 4i to it on iOS. This means I am stuck using the default presses and taps which limits me to not skip a song by double-pressing the bud. 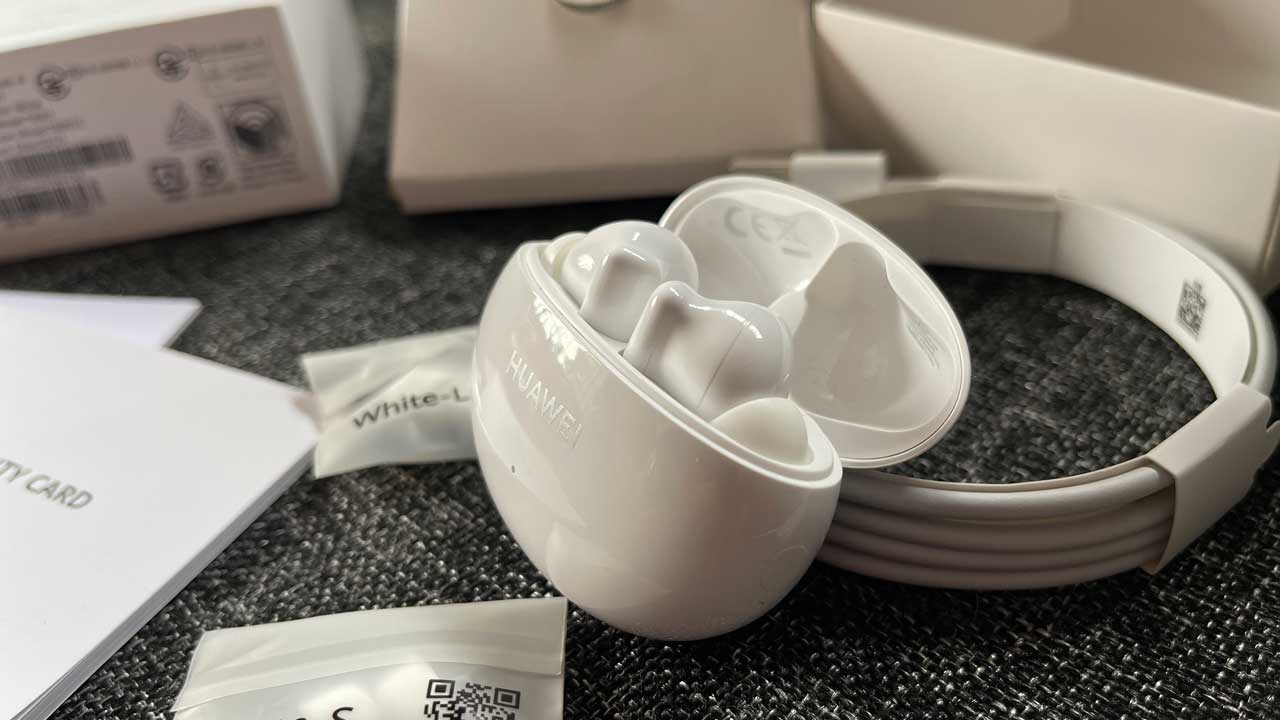 If you are on a Samsung or Huawei then you can tweak these settings but keep in mind that if you have an iPhone then you can’t. You could probably use a friend’s phone to change the setting and then just pair the earphones back to your iPhone.

As for the noise cancellation quality, it is impressive given the device’s price tag. It is not a cheap tech to implement but Huawei has done a great job here. When enabled, it isolated the sounds around me and let me focus on typing and working. Even when if I was not listening to music., this feature came in handy to get some peace of mind. The noise cancellation is not as great as say a Beats Studio 3 but it does a fantastic job dampening the sounds around you and is quite impressive for tiny little earphones. 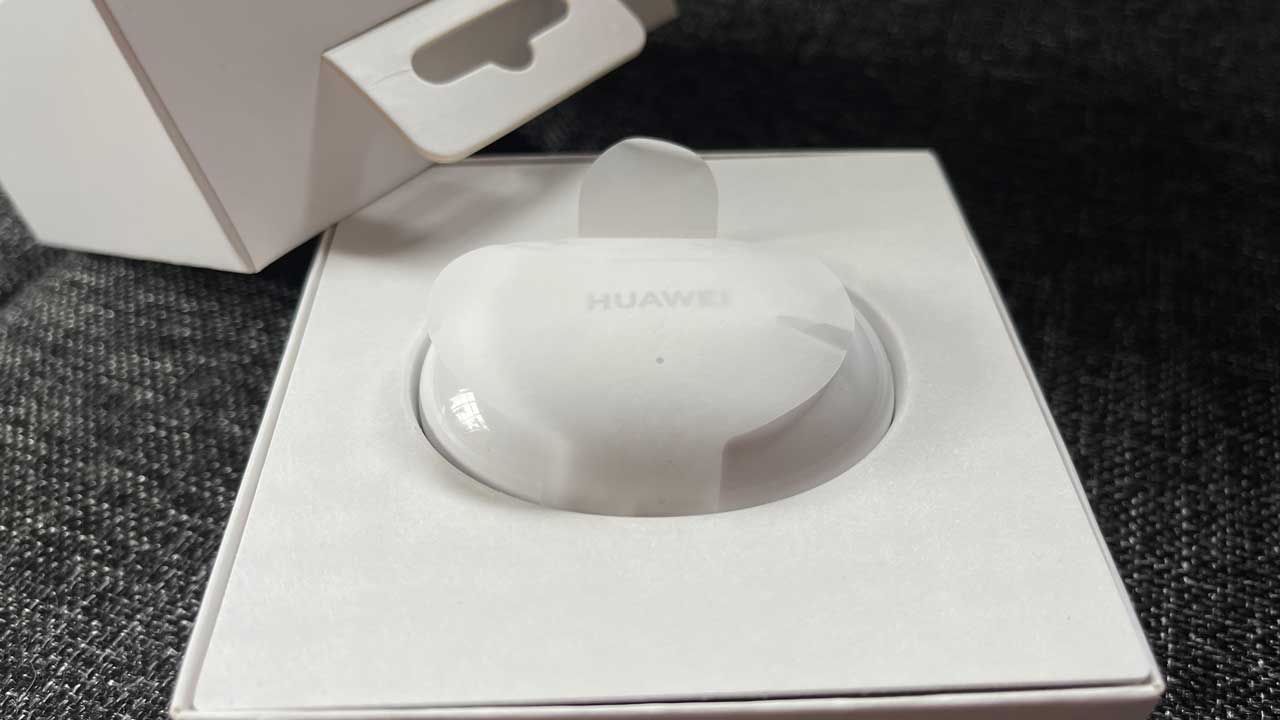 There’s also an Awareness mode that quickly deactivates the noise cancellation so I could hear myself talking. However, while this sounds great on paper, it takes longer to double-tap and hold the earbud and wait for the mode to activate than it would just take the earphone out of my ear. Even during calls, the Awareness mode was not amazingly clear and I still struggled to keep my voice to a decent level.

When it comes to the overall sound quality, the Huawei Freebuds 4i delivered beyond what I initially expected from them. They pack 10mm drivers that deliver balanced sounds with clear highs and lows. You can feel the music and sound is clear and authentic. 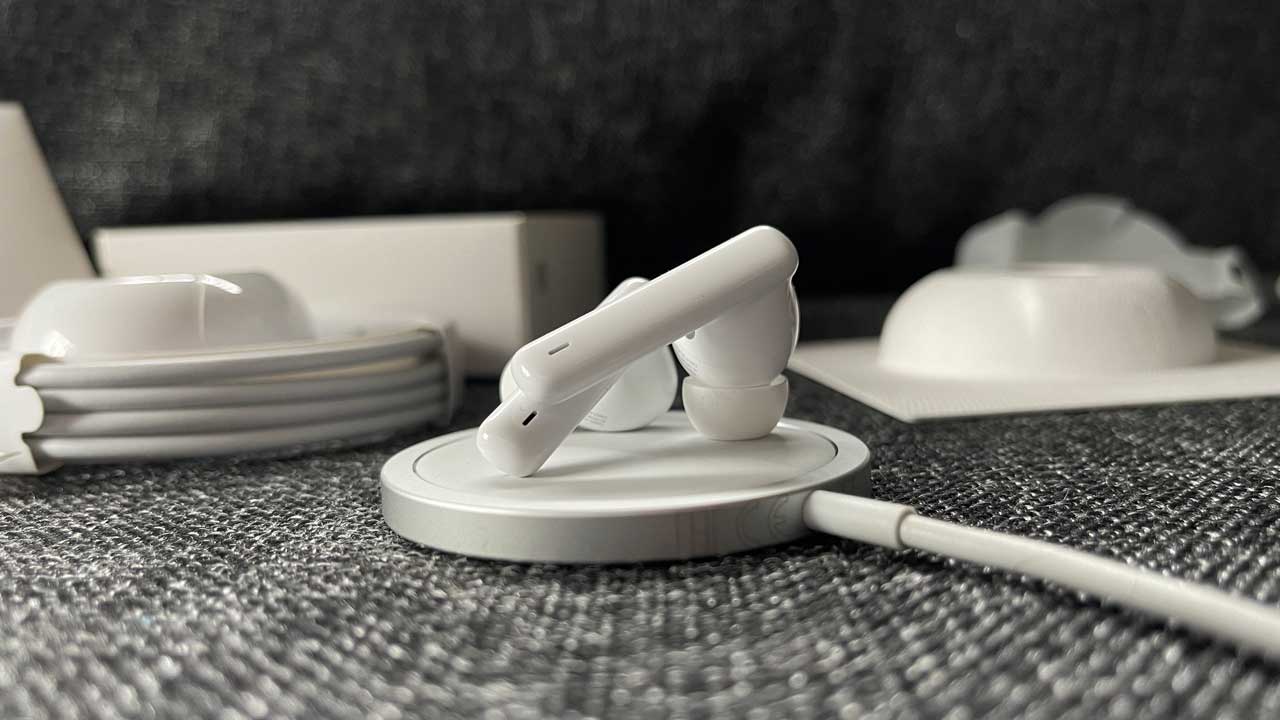 When it comes to the bass, it could do with a little more kick as there just isn’t enough in my opinion but everything I listening to sounded great and the drivers manage to balance out the music well. Even at high volumes, there was no distortion whatsoever and the sound managed to maintain enough clarity.

When it comes to battery life, the Huawei Freebuds 4i gave me around 7 hours with active noise cancellation. The case then extends this by another 20 or so hours which means you could intentionally get three full sessions of 7 hours with them before having to plug the case in. They also charge very fast with a 20-minute charge boosting them to at least 8 hours. You won’t ever worry about the battery life in the Huawei Freebuds 4i. Just saying.

The Huawei Freebuds 4i only cost R1499 which is a fantastic price tag for a set of earphones that perform as well as these do. The battery life is fantastic and the noise cancellation is something rare at the price point. I was disappointed by the lack of iOS support through the app. I could not check the battery life of the case nor tweak the tap behaviour which was a downer for me. This would be the main reason why I go back to the Galaxy Buds Live.

This Huawei Freebuds 4i review was based on a unit sent to us by Huawei South Africa. You can pick them up across SA today for R1499.