Huawei is in a tough spot right now. Its Google-less smartphones are either make or break for most users due to the lack of apps and games. There are so many missing services which you need to do extensive research on before investing in a Huawei device that it is a hard sell these days. However, the company is confident that they are making strides to deliver more and more apps, games and services as the months go by. This makes the little Huawei P Smart S a great option when looking for a mid-range smartphone. For starters, it packs some rather impressive hardware for its price tag. In particular, an OLED panel, 4GB of RAM and a Quad-Core 2.2 GHz Cortez A53 chipset.

The Huawei P Smart S is not exactly a game-changer when it comes to the design of the smartphone. It has been done before by other brands including Samsung and Xiaomi. The phone is plastic. On the back, there’s a two-shade gradient which goes from blue to purple. It shimmers in the light too and picks up fingerprints instantly. That is to say, there’s a lot of personality here which is what Huawei is trying to do. The phone is R5,999 so its price range is targeting the youth. Makes sense the phone is bright and in your face. 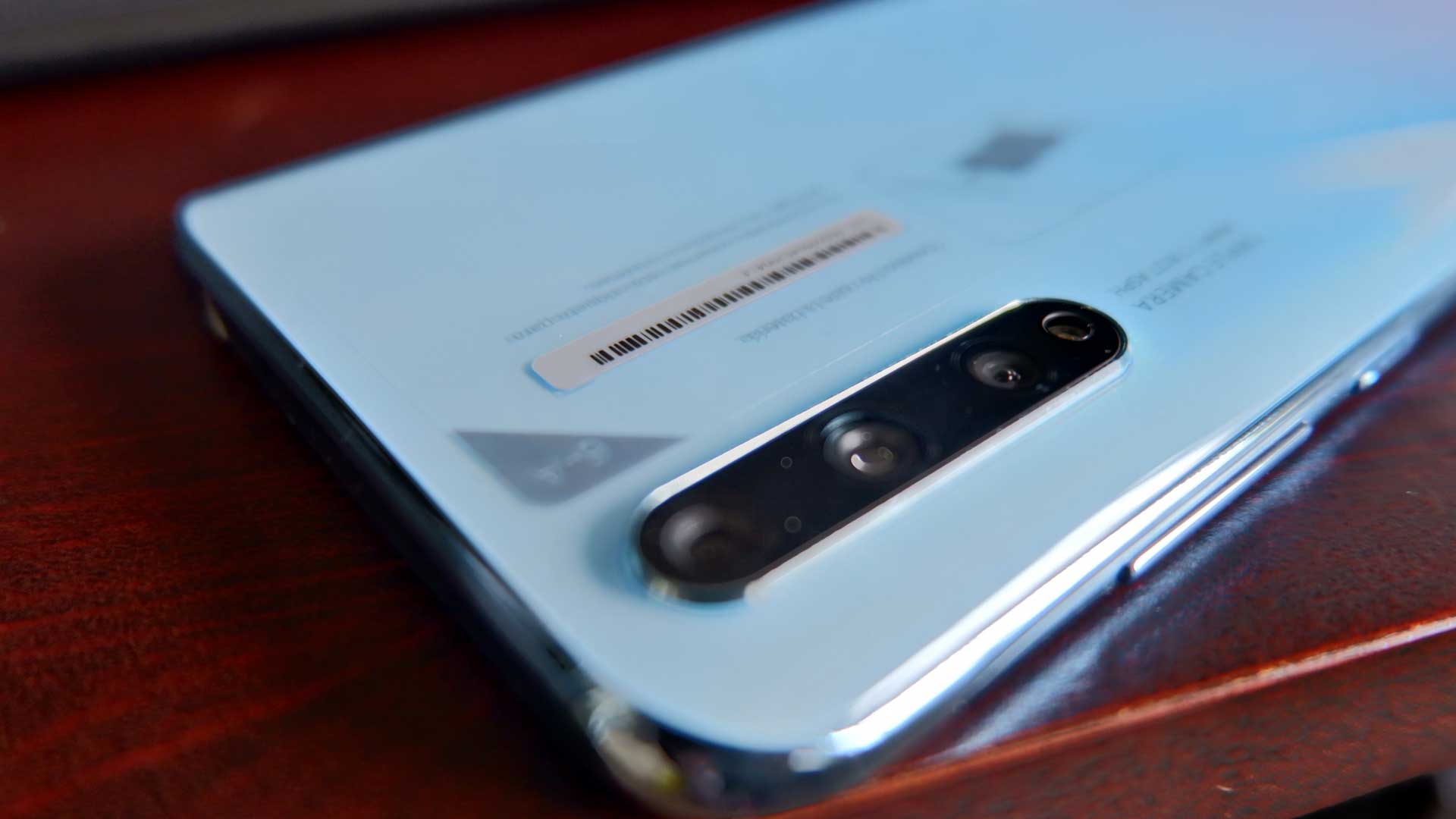 The device is nice to hold and the curved edges at the back help with grip. Its 6.3-inch display makes it easy to each to the top and bottom without having to adjust your grip either. Well, I have giant hands so it worked for me. On the back, there’s the camera array which does not take up a lot of space. It also does not extrude out as much as most flagship phones on the market today. It was also interesting to see the unlock button and volume rocker both on one side of the phone instead of divided into two locations. It makes it easier for muscle memory to quickly unlock and turn down the device.

You also get a headphone jack on the Huawei P Smart S. Something very rare nowadays. It uses USB Type-C to charge and the speaker and microphone are all placed at the bottom too. When it comes to the display, the Huawei P Smart S has a pretty impressive OLED. While the chin notch is a little bit large for my liking, the overall screen space is decent. There’s also a teardrop top notch which is expected on most devices. 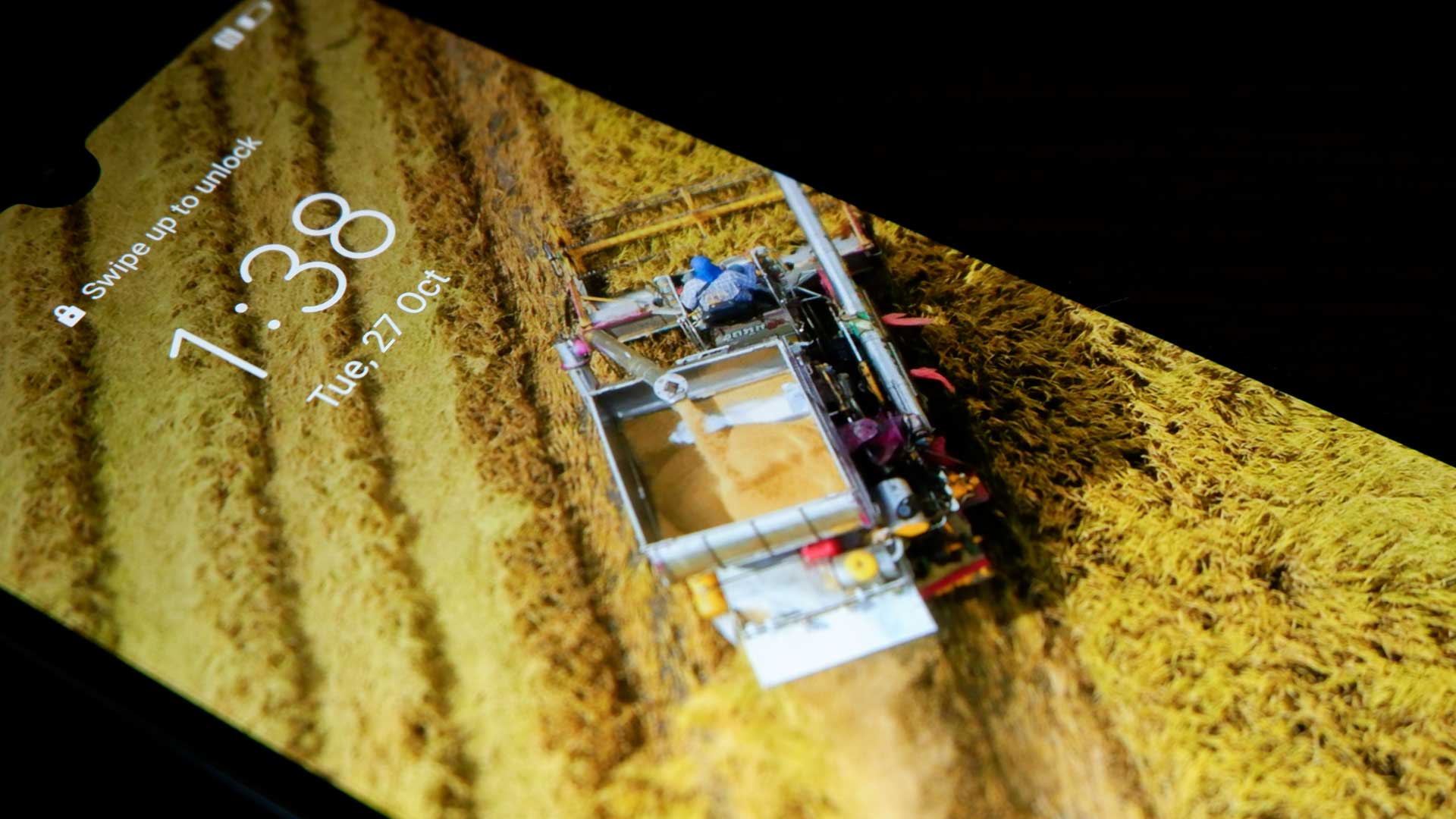 Again, the Huawei P Smart S is nothing wow. If you have used any mid-range smartphone from Huawei or Samsung in the past two years, it feels and looks the same. It lacks a high-end premium finish but no doubt corners were cut to reduce the price point. However, it works. The display, which is the key feature here is enough to sell me on the phone.

First off we need to cover the compatibility of the Huawei P Smart S. It comes with 128GB of storage. However, the sim tray is universal so users can choose between using two sim cards or one sim and a microSD. Quite a clever way offer the optional storage and sim card. 128GB of storage is also a lot especially given its target market so chances are you will most likely use the second slot for a data sim. 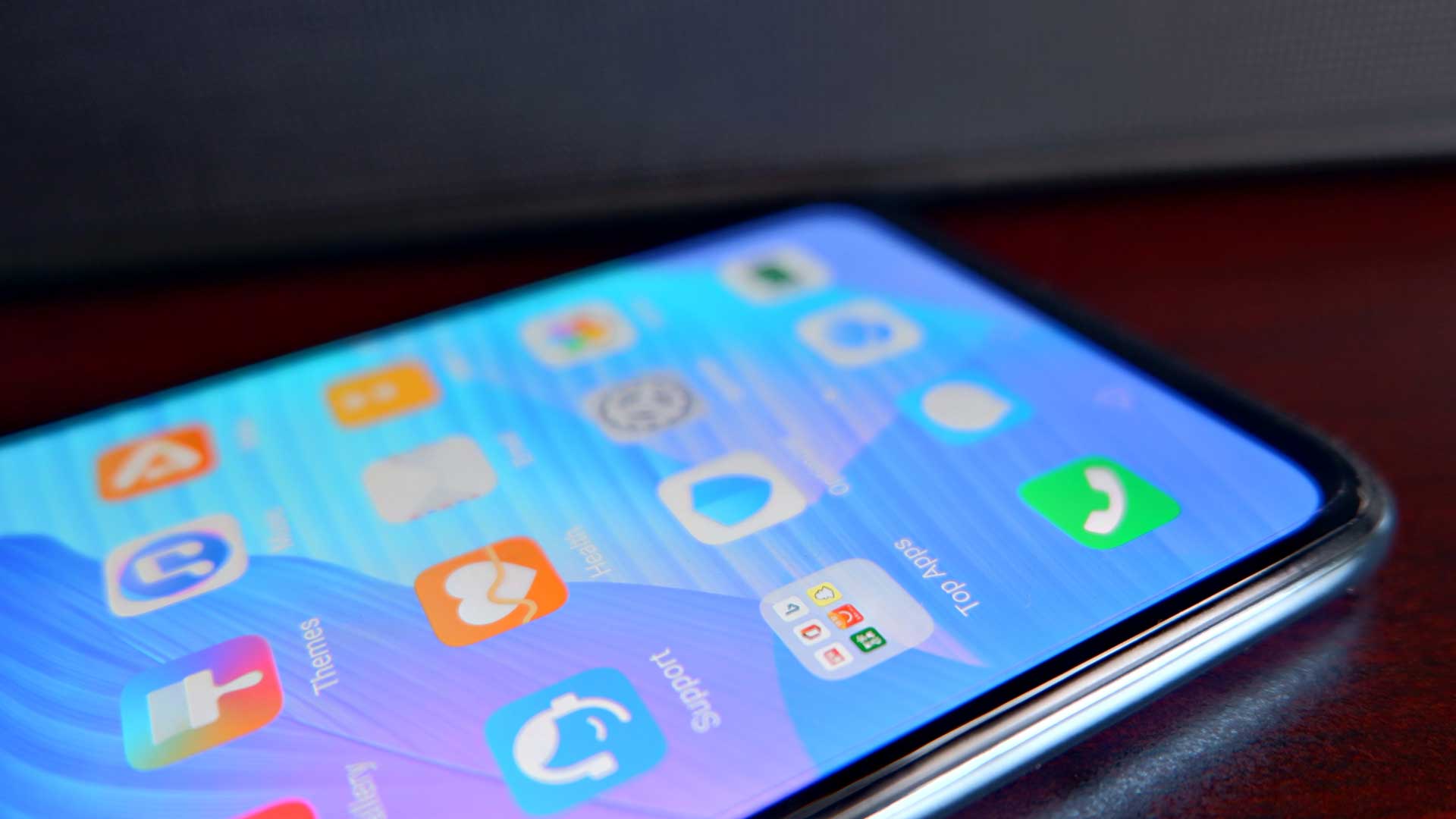 Daily use of the Huawei P Smart S was decent. The 6.3-inch OLED display makes everything even better. Its resolution of 2400×1080 delivers crisp visuals when using the device and while watching YouTube or Netflix. The OLED provides not only better battery life for the device but a brighter display, perfect blacks and a better contrast ratio. This makes it easier to use the device in bright lights and at night, the dark modes in apps help reduce eye strain.

The device includes an in-display fingerprint scanner which is fine. I won’t go as far as to say it changes the game by any means due to it suffering from the same wonky reading as every other smartphone on the market that includes the tech. It works and sometimes does not work. The included screen protector could also get in the way of the scanner detecting your fingerprint perfectly. However, you could also just opt for the classic pin code. There’s also a face unlock which is not perfect either. 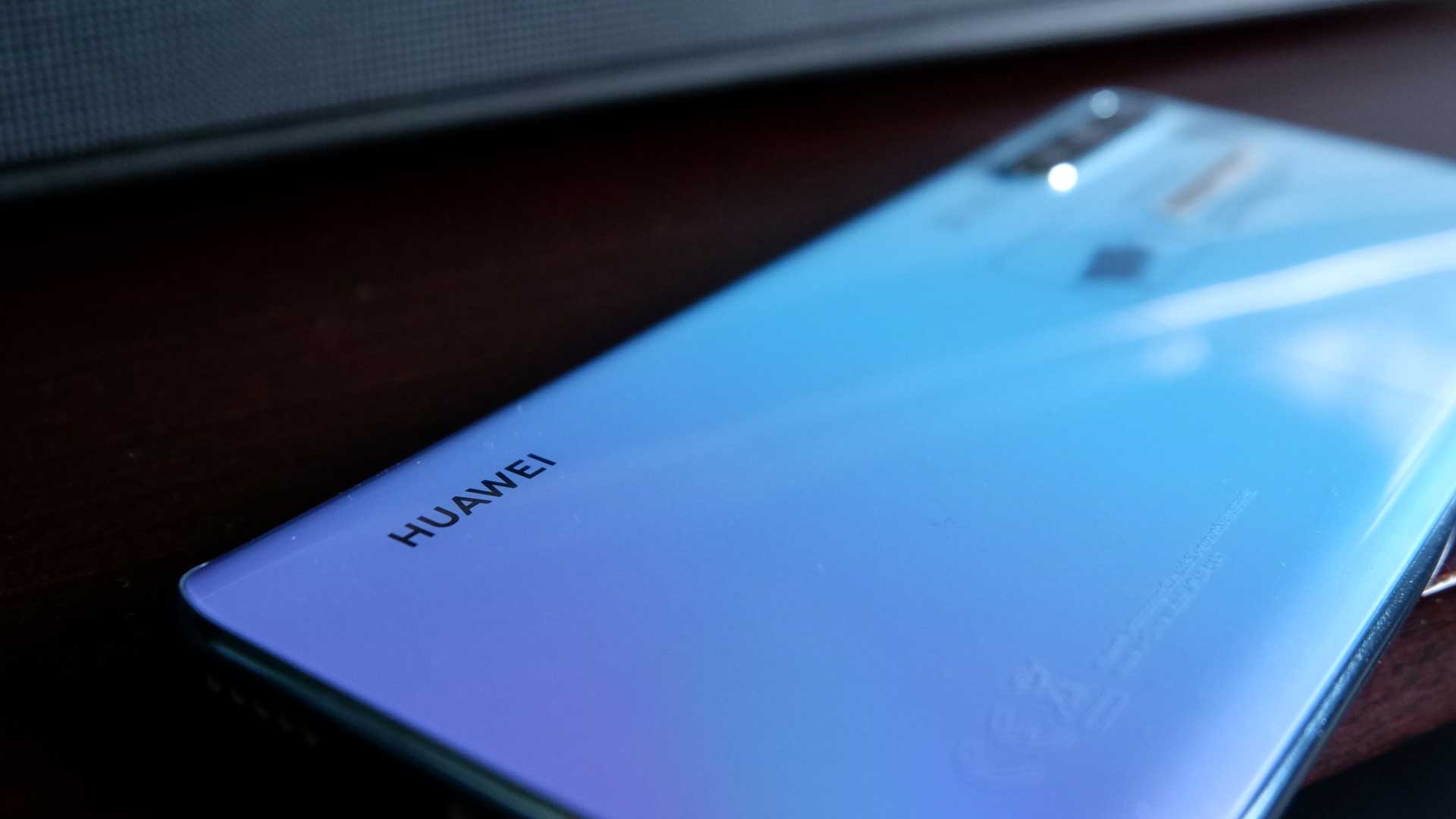 Using the Huawei P Smart S on a daily basis delivered somewhat speedy performance. Its CPU is not the fastest. However, it is enough to drive the phone through multitasking and some light gaming. RAM management also seemed okay with background apps staying open while I went through Twitter on another app and replied to a text on another.  Of course, gaming demands more power so don’t expect your chats to stay open while racing through Asphalt 9. However, there’s enough power here for most users to enjoy without the device slowing down and freezing.

The overall battery life of the Huawei P Smart S is okay too. It averages around a full day of normal usage. If you don’t sit on social media, watch videos and game on it, you could squeeze out close to two days. It also helps that there are no Google services eating up your battery life but that also comes with its own issues. The Huawei P Smart S is powered by the EMUI 10.1 and bases on Android 10. However, it lacks Google services which means you are limited to the App Gallery. There are some issues which arrive due to this. Missing games like COD Mobile. In addition, you may find your favourite app is just not there. I suggest you do extensive research on what apps you use and whether or not there are alternatives in the App Gallery before investing in any Huawei device without Google services.

Here’s what the device packs

Of course, the main giant here is the 48MP main lens. It is what you will use most of the time to take photos and work with. Daytime shots are great and the lighter the better. The lens manages to capture some decent details on objects and the AI enhancements push this even further. Reduce the light and things change a bit. The phone’s AI tries hard to smooth the noise and often this can result in an overly smoothed photo. This is normal on phones without a dedicated night mode lens. Even with the “night mode” enabled, it is still blurry. However, they are decent enough given this phone’s price range.

The ultrawide lens is also decent. It has a 120-degree angle which helps take wider photos and the quality is great during the day. Of course, you will notice some distortion on the edges of photos and at night, this camera does not work well at all. 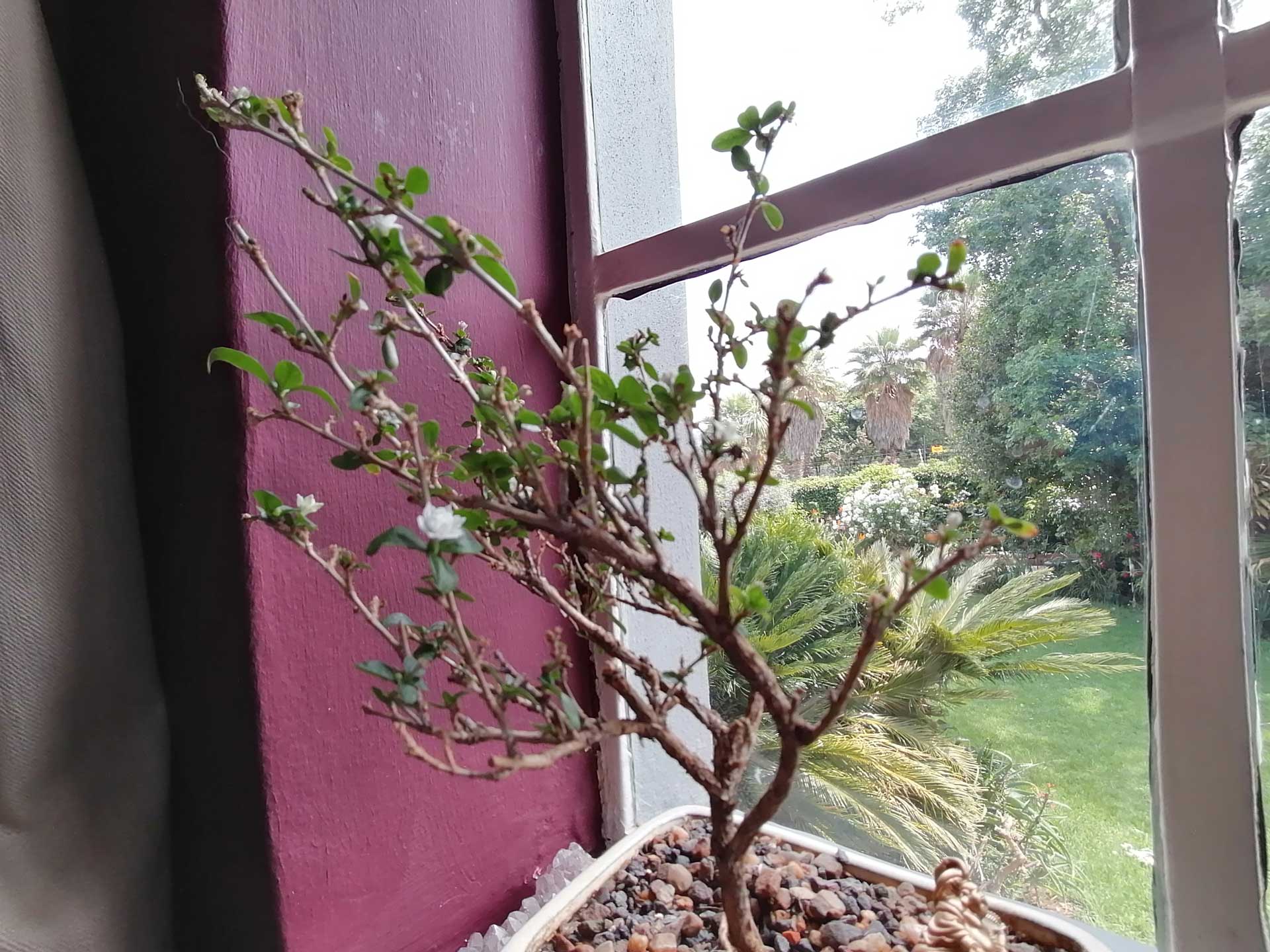 Overall, the Huawei P Smart S camera system is good. You will get the best experience in good light which is normal from a phone of this budget. Video is good too but suffers from the same night time issues.

The Huawei P Smart S is a great budget smartphone. Its OLED display gives you a premium viewing experience for a fraction of the cost. In addition, its power, battery life and camera system makes it a versatile competitor in the market. You just needto make sure the App Gallery won’t restrict your experience.

You can pick up the Huawei P Smart S for R5,999 from the Huawei store.