The Sony PlayStation 2 celebrated its 20th anniversary yesterday and the unforgettable console changed the industry when it launched back in 2000. For many, it was the console that saw us through our childhood as we booted it up every day to play God of War, Final Fantasy X and other iconic PlayStation releases of its day. But I need to clear the air. 20 years later and it is about time I admit some nasty truths about my years with the PS2. It is time to come clean about the things I did and hopefully, some of you can relate to them too? We were kids. We were reckless and young so it makes it okay, right?

Let’s be honest, gaming is easy nowadays compared to the PS2. Devil May Cry 3 introduced us to some hardcore hack and slash gameplay with a steep difficulty curve and God of War II was a tough cookie to get through especially on the hardest difficulty. You can’t tell me that you never tossed a controller across the room when dying in Megaman X6? The problem, the controllers were wired so often the console would follow in suit.

It was a chain reaction that almost triggered an apocalypse. The controller would swing through the air as I raged out. The wired would pull the console off the TV cabinet. I would sit there punching my leg in agony as the PS2 went for some flying education. The only thing left after the disastrous act was the AV and power cables dangling from the shelf as the TV hummed in the background.

Sure, it was a little tough to send the phat PS2 flying through the air but once the PS2 Slim arrived, that thing was always in flight mode. It just slid off everything and the slightest freakout, even lifting my hands in the air after dying in San Adreas would toss if off the counter due to the wired DualShock 2 being limit in length.

The whole situation was just unfortunate. The console’s health got pretty low and after a while, I had to be careful when trying to boot up games. We all know how it went. The PS2 loaded up with that iconic boot screen and you would just stare at the black screen waiting for the “PlayStation 2” logo to pop up.

The thing is, mine stopped producing this satisfying moment and instead gave me that damn red “Please insert PlayStation or PlayStation 2 Format disc”. It was like my life was ending. “How can something break from being tossed around, it only fell off the counter like three times and it fell onto a carpet,” I told myself all the lies.

I am sure everyone can relate here. I often had to put my ear to the disc area to make sure the lens was making its “zzz zzz weeeww” noise. As soon as it started repeating itself in a “click click zzzz click click zzzz” motion, I knew the game was not going to load and the lens was having a tough time.

Forgetting that I moered the console and thinking there was perhaps dust on the lens, one would blow with all your might onto the surface of the eye-looking glass thing in the middle of the disc tray. It worked! All those punches (yes, I actually physically hit the console at times. I had a rough childhood don’t judge), seemed to be nothing but a simple bump. 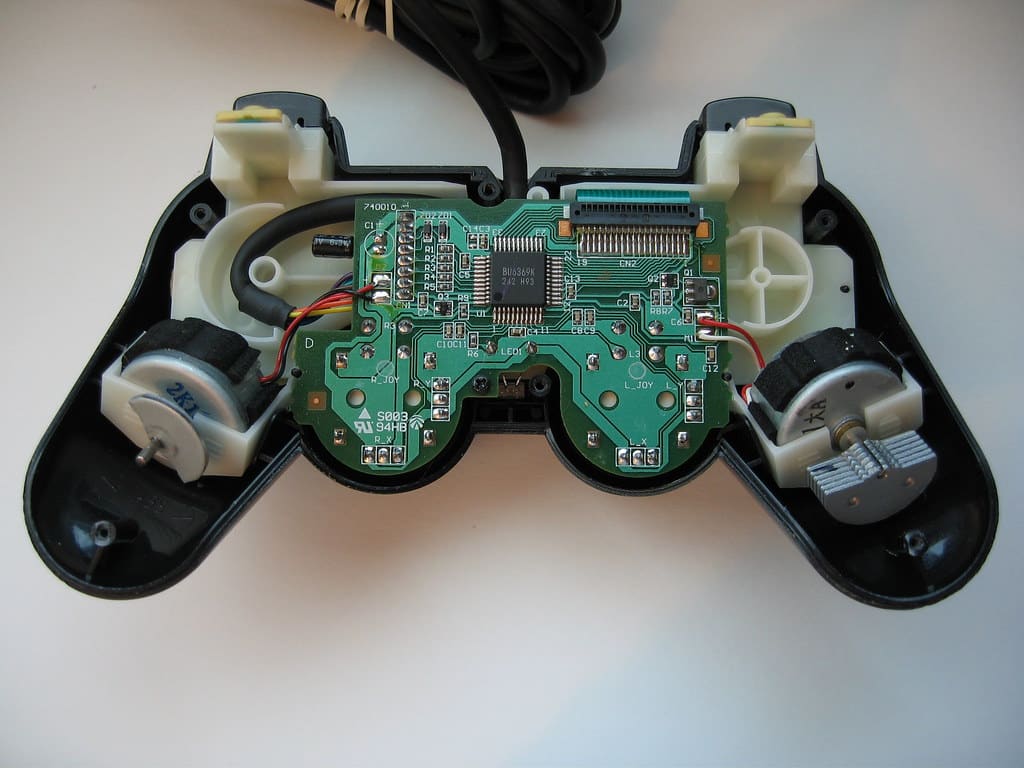 Well, that was until it did not work. The next step was to try and find a way to secretly enhance the console’s performance. The trick? Put the damn thing upside down. Somehow this worked as you would insert the disc into the PS2 Slim’s tray, close it, put it upside down and turn it on. Somehow, the lens dangling in the air in the wrong direction helped it read better. It was obviously science. But that too only lasted so long. After a while, it started failing again further angering me so I threw the device across the room. The result, it now refused to close the disc tray when putting the flap down.

But I was not going to accept failure as an option. I simply took giant encyclopedias (yes, we had thick books back then) and stacked them on the console. It worked like a charm. Somehow, the pressure from the books and the ability to keep the console’s lid closed fixed the issue. It did mean that every time I wanted to play a different game I had to take the stack of books of it but it was a small sacrifice I had to make.

It is what it is. I went through four PS2 consoles through its lifespan. My phat one lasted a few weeks and the Slim model a few months each. They were durable, I give them that. Maybe I should have gone to play outside instead? With that being said, my raging is now under control and I hardly freak out. The PlayStation 2 not only gave me great games (when it worked) but it also taught me patience and made me a better gamer. Thank you, Sony.