The first DLC pack for Immortals: Fenyx Rising dubbed “A New God” is all about taking advantage of the game’s puzzle system and expanding it into its own post-game chapter. Of course, users are urged to finish the main game before jumping into this DLC as it spoils most of the ending. Thankfully, this DLC is accessed separately from the home menu so you don’t need to worry about it popping up while you are still busy taking down Typhon.

It is now Fenyx’s turn to become a member of the inner circle but before you can do so, a massive sky fortress of puzzles awaits. In short, Fenyx gets challenged to complete all these puzzles in order to earn their spot in the circle. If you have not guessed it by now, this is a heavy puzzle-driven DLC due to almost every challenge revolving around solving something or another. The DLC also flows much the same as the main game. You get an objective to complete a range of puzzles from each god and can take them on at any point you wish. You are not restricted to following one of the God’s questline at all.

Unlike the main game, the puzzles in Immortals: Fenyx Rising – A New God feel a lot more structured and controlled. For example, in the main game, you could get away with using objects scattered around the map for weight items instead of sticking to the actual blocks. Now, you are forced to do things the right away because of the level design of these puzzle chambers. You get what you get and you need to find a way to use it all. Thankfully, this works to the game’s favour too as it means there’s often only one solution so you don’t have to spend time wasting away different outcomes. 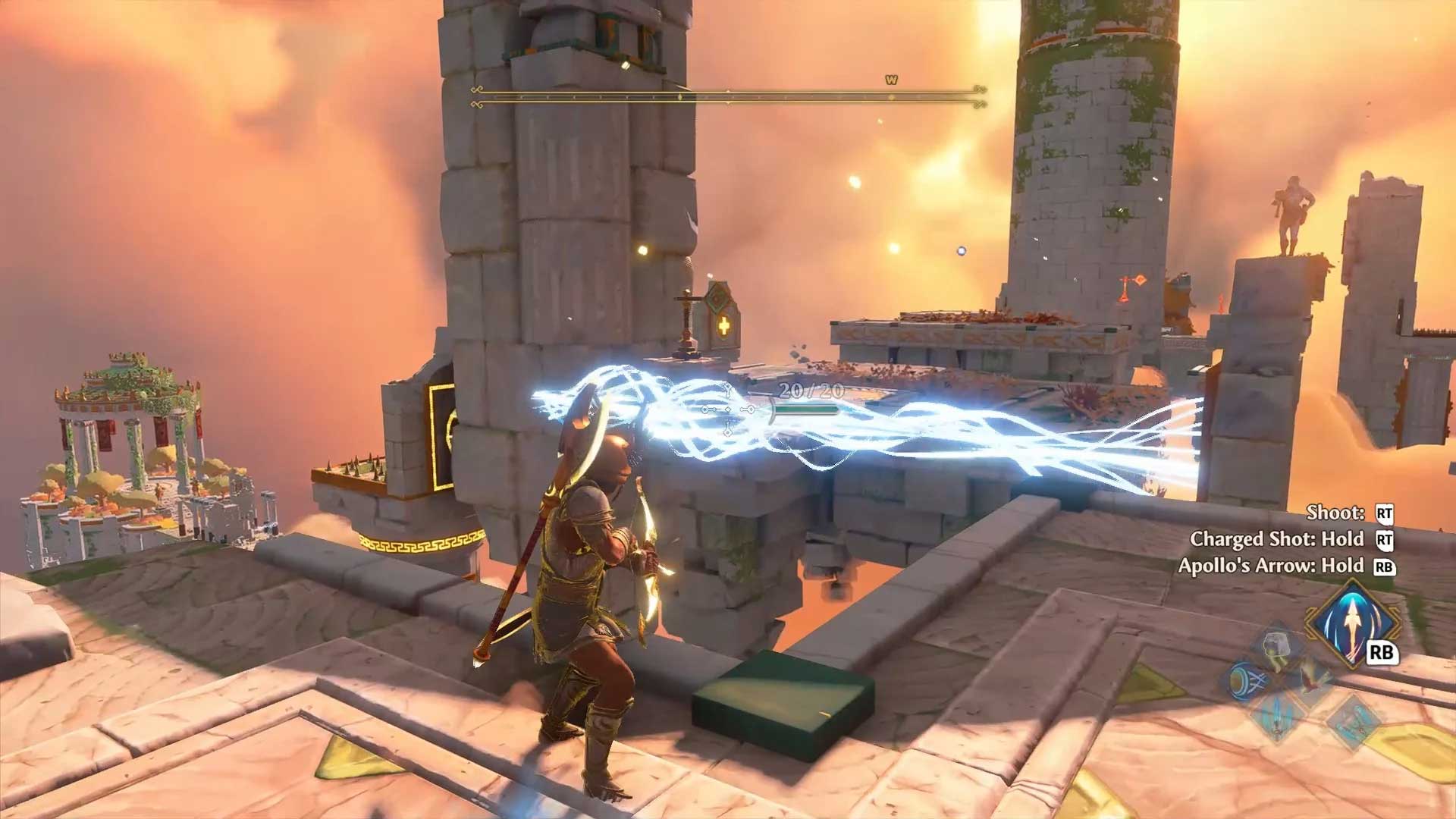 Anyone who enjoyed the puzzle systems in the main game will love the DLC. There’s a lot to enjoy here when it comes to the pure variety on offer. The DLC also finds new and exciting ways to expand the basic mechanics by streamlining them into cleverly-designed and polished puzzles. The base game also acts as a sort of tutorial for what I encountered in the DLC as most of the puzzles require some sort of understanding into how things work.

With that being said, sometimes too much of a good thing is a bad thing and that is Immortals: Fenyx Rising – A New God’s biggest fault. One can only sit for so long moving blocks around, hammering spheres across gaps and timing a glide to avoid a nasty laser moving up and down. This sort of content pack is best experienced in small chunks as the repetitive nature of the gameplay does get a little tedious. Sure, there’s a break every now and then when combat comes into play but some chambers featured no combat whatsoever. 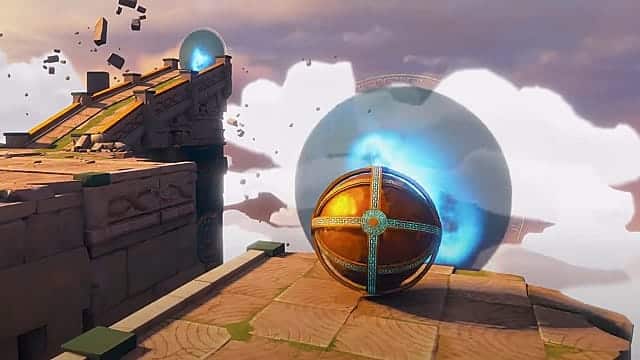 This is also an issue I had with the game. I have completed the main game at 100%. I have an awesome build that compliments air hammer combos and my maxed-out HP and Stamina all feed into this exciting combat. Unfortunately, in Immortals: Fenyx Rising – A New God, you can’t use potions and you have no gear at the start. This means I was forced to find new things to wear, which are only obtained at certain parts of the game, and all that work upgrading my options was for nothing. I was looking forward to jumping into the DLC with my 100% build but alas, I felt useless again.

Don’t get me wrong. This sort of approach makes sense for the puzzles as many of them rely on managing stamina and limiting Fenxy to certain manoeuvres. However, when the combat does arrive, I just wanted to use my OP build. I spent over 50 hours using it in the main game and in the DLC, I had to suddenly adapt to being a basic ass bitch again. The whole progression system in the DLC just feels pointless. Even the gear I found had no real benefit to the game’s flow and most of the time I overlooked the perks.

Where Immortals: Fenyx Rising – A New God does shine is in its level design. Firstly, the godly towers of Olympus look spectacular and truly shine brighter than the main game’s islands. Even though the environments never really change much, it still holds up hours into the content. The puzzles have been carefully crafted one by one to make it not only challenging but also thrilling to solve. There was a great level of satisfaction once I opened the chest at the end of the chamber after spending an hour trying to hit balls across a chasm. These chambers also take advantage of Fenyx’s new abilities you obtain in the DLC too.

At the same time, Immortals: Fenyx Rising – A New God is not perfect either. Often, these puzzles can be cumbersome too and bring down the experience. Blocks can often clip ever so slightly on the edge of a wall preventing it from being moved and objects can get in the way of achieving that pattern. Even Fenxy’s reliance on combining glides with jumps and dashes can feel overly complicated due to the button mapping and the abilities being hidden under a press of another button.

So is Immortals: Fenyx Rising – A New God for you? Well, you need to ask yourself how much did you enjoy the main game’s emphasis on puzzles? If you hated them then you are going to hate this too. There are puzzles and more puzzles to do here. I enjoyed most of my time in this DLC. It was only when the puzzles became clumsy and the combat forced me to play the way I didn’t want to, that is when it felt like a chore. With that being said, I am really waiting for the next Asian-themed DLC.

This Immortals: Fenyx Rising – A New God review was based on a code sent to us by Ubisoft