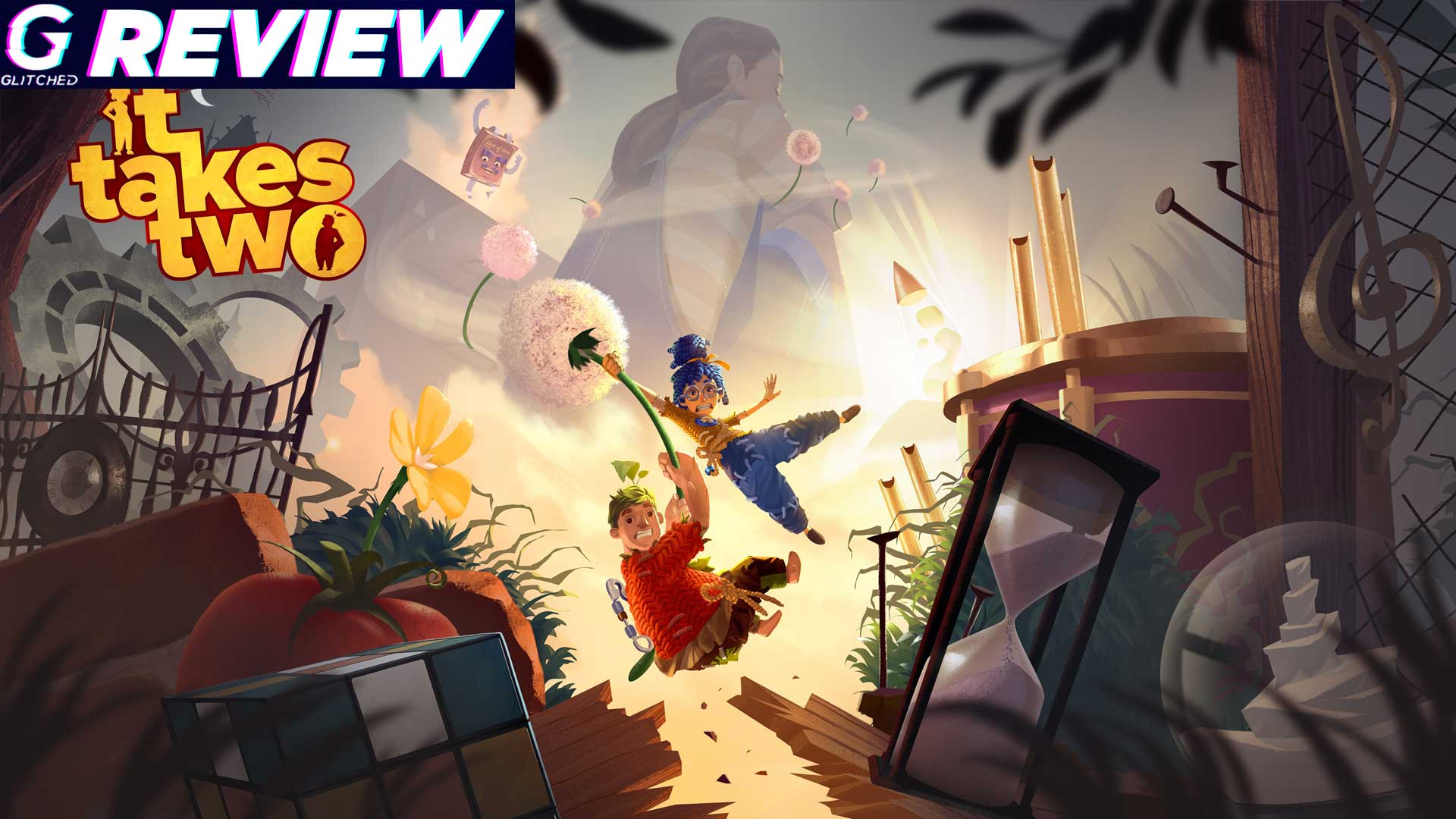 Every now and then a game comes around that just makes you smile. I am not talking about smiling every now and then, but literally sitting on the couch with a massive grin across your face during every second. It Takes Two is that rare game that I fell in love with already last month when I played the preview.

But even before I got my hands-on with It Takes Two, I knew by watching that first-ever trailer back in June last year that it was going to be an experience like no other. Simply put, it is a masterpiece of co-op gaming that is oozing with charm, comedy and so much gameplay variety that every hour delivers a new refreshing experience. 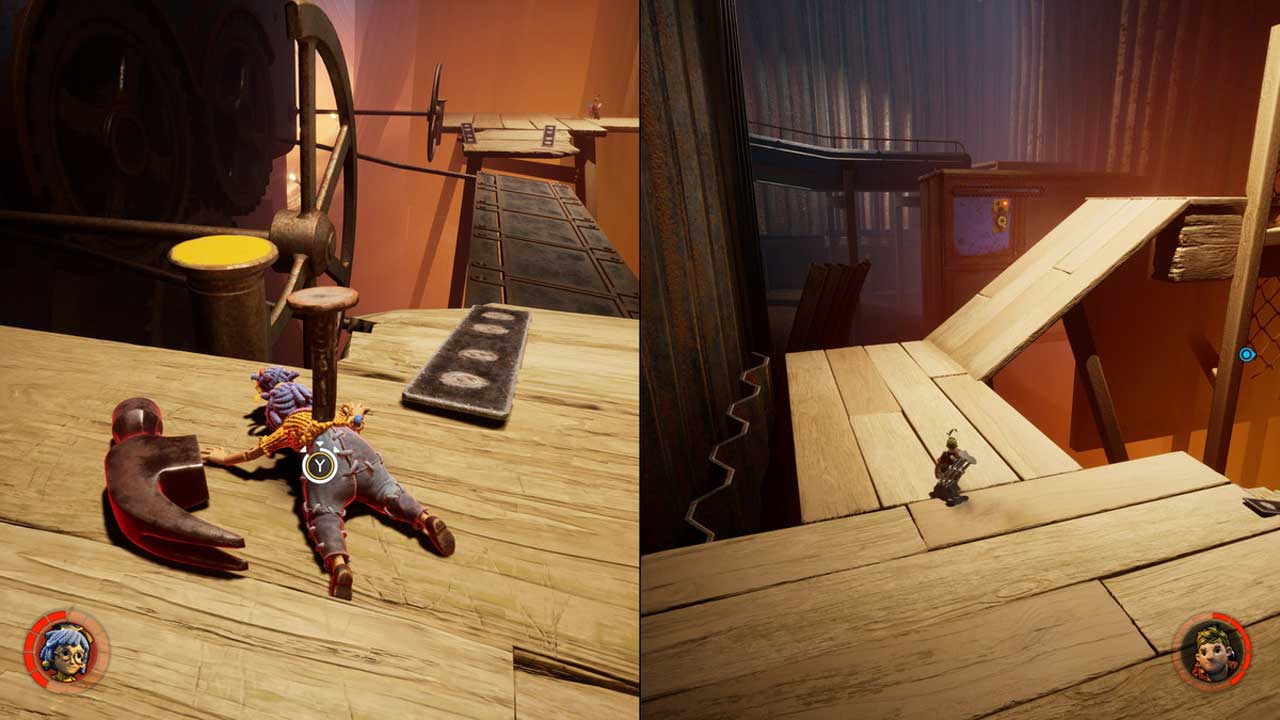 It Takes Two follows the story of May and Cody who are trying to become normal again after being turned into a wooden and clay doll by their daughter and her tears. You see after the parents announced their divorce to daughter Rose, the child had a little cry and begged a book of love written by Dr Hakim to save their marriage. With a bit of tears and a pinch of magic, the parents were then turned into dolls and the book of love became a well, person-like character.

Now. the parents need to work together, with each player taking on the role of either Cody or May, and find a way to turn back into real humans while exploring a crazy world based on their backyard. Of course, this crazy world has been morphed into some incredible landscapes and the common basement and luscious garden are now teeming with deadly equipment and intense chases. 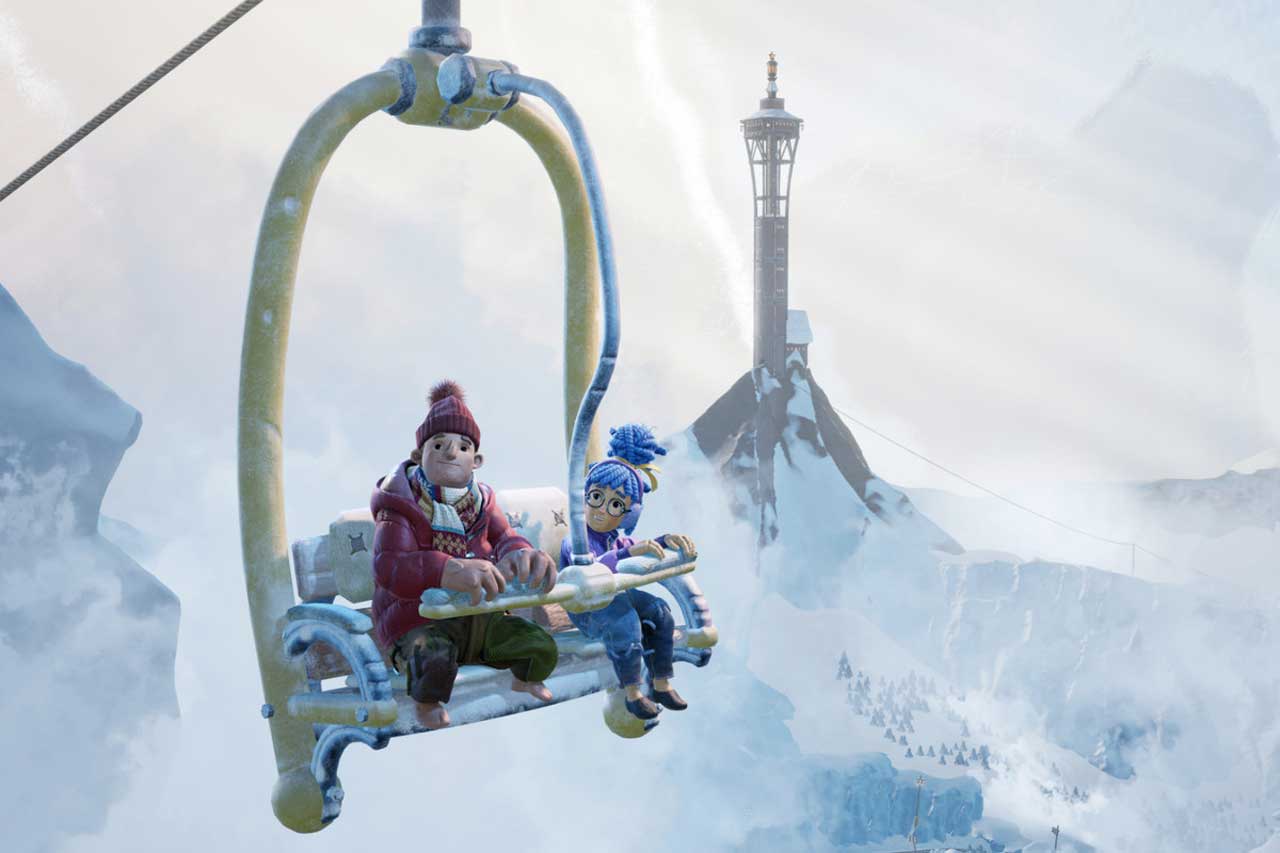 In all, It Takes Two is no doubt the best co-op game I have ever played. Every chapter welcomed a new and exciting twist to the gameplay that often felt impossible in the long run. You know, games often introduce themselves and within the first couple of hours, you can sit back and play through them without much changing. It Takes Two is the exception. Given that it is a platformer, every chapter provides new puzzles to master and new gadgets to help Cody and May through the puzzles. Be it gravity-defying boots that let May stick to walls or a handful of nails Cody used to create swinging poles for May to swing across over a gap.

But even when the platforming took a break, the game was filled with the unexpected and “wow” moments that had me acting like a fool in excitement. In an early chapter, May jumps atop a plane made of Cody’s underwear and had a full-on Street Fighter brawl with a military squirrel. There are health bars, Sudokens and epic music to go along with this. 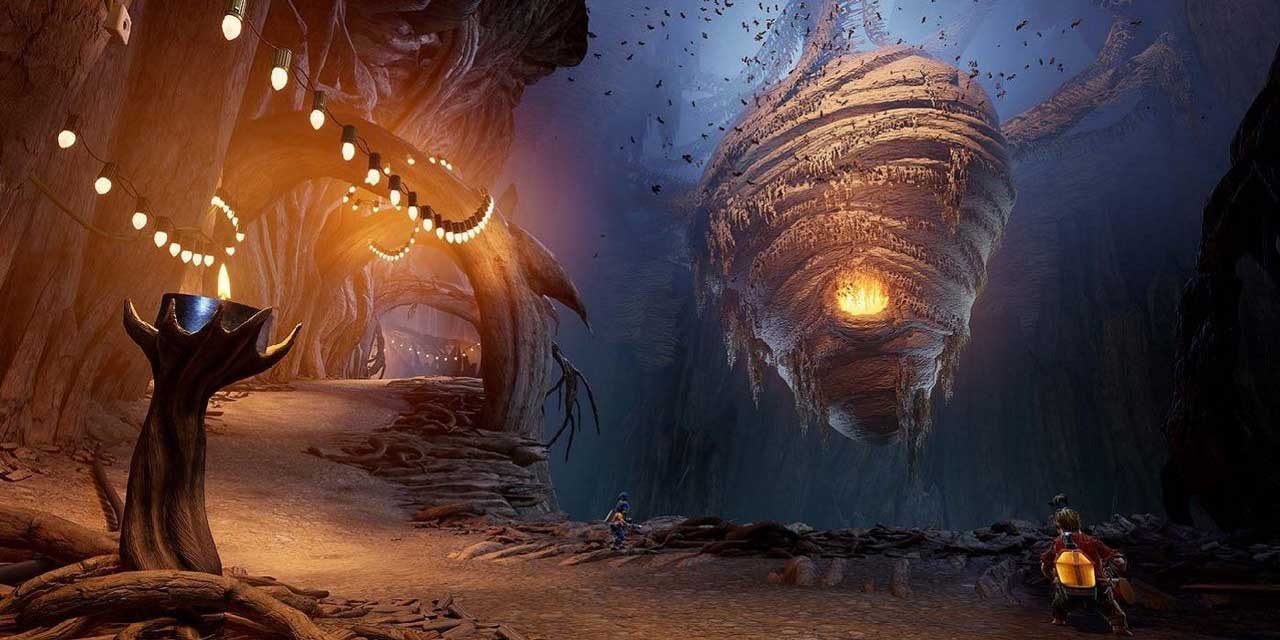 The fact that Cody (controlled by my brother) was busy flying the plane while I was having a ho-down on the top of a plane just added to this excitement. It was like playing through some crazy moment in a Pixar film where so much is happening and only possible in a film. But this was not a film, it is a game. This is where the magic of It Take Two comes from.

This excitement stems across the entire game which manages to deliver an unparalleled co-op experience in every chapter. One of my most favourite moments in the game was when Cody and May fought a spaceship controlled by a crazy baboon. At one point Cody had to shrink down and climb into the spaceship which was like an entire level on its own. So while I was running away from deadly laser beams, my brother was running as fast as he could to try and stop the spaceship. It resulted in me screaming at him to hurry up while he was dodging the baboon’s feet on the accelerator of the ship. It was unbelievable gameplay and nothing I had ever experienced before. Even the cutscenes in the game are pure joy to watch. The voice acting is fantastic and the characters come to life in all their wood and clay glory. The writing is also brilliant and the funniest parts come from Cody and May’s back and forth which often talks about divorce but also plotting their plan to get back to normal.

At one stage, Cody suggests that in order to get back to normal they would have to make Rose cry again. This being after they believe her tears transformed them in the first place. So they come up with this idea to break her toys so she cries about it. What parent thinks that is a good idea? It was savage and I was dying of laughter. 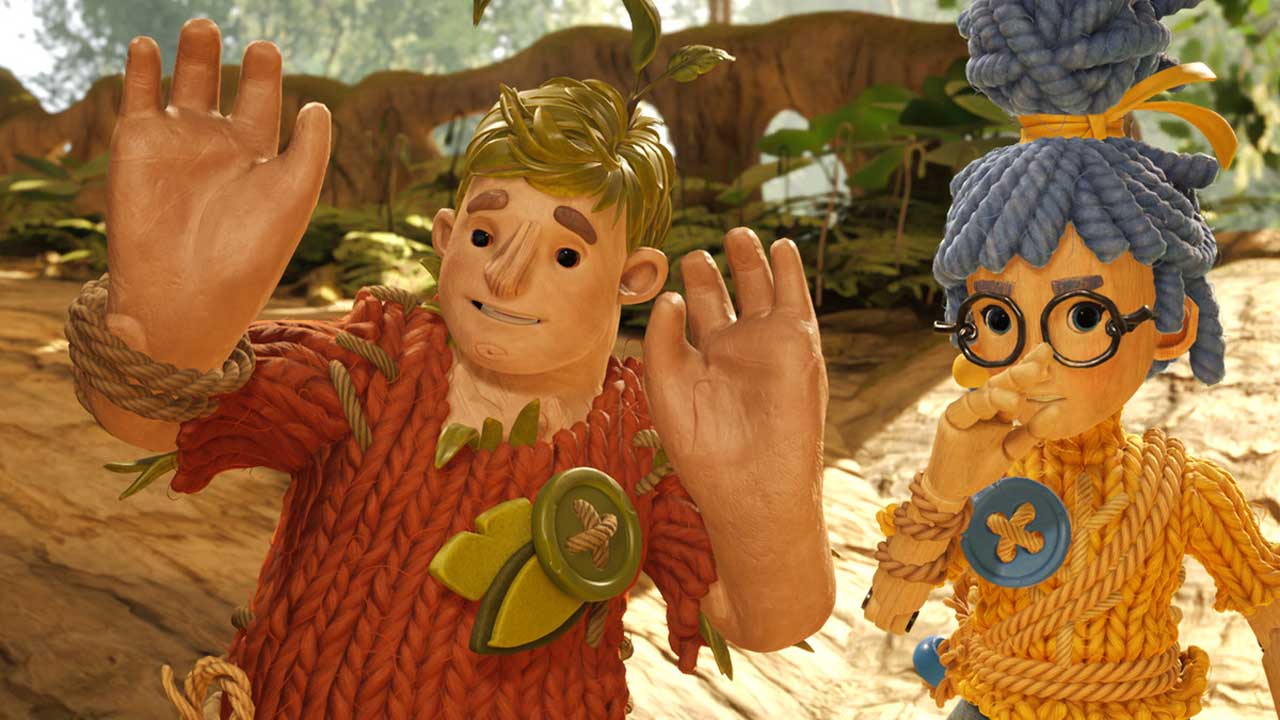 It Takes Two is a platformer which means most of the time you will be running, jumping, grinding and even battling enemies. May and Cody are easy to control but the game’s mechanics could be a little tough for those loved ones who you want to experience the game but aren’t great at gaming. It won’t be a problem if you play a lot of games but often running, sprinting, dashing in the air and landing on a platform might be a bit tough for someone who does not know the difference between a square and a circle on the DualSense controller.

There are even some adorable mini-games to complete hidden around the world. Some of them are simply interactive items where you can take photos by posing on a stage. However, the real fun comes from the Cody Vs May games where you have to beat your opponent in some way or another. Be it flipping switches to shoot a laser across a field or simply knocking Cody’s head using a hammer as he pops it out o a box. 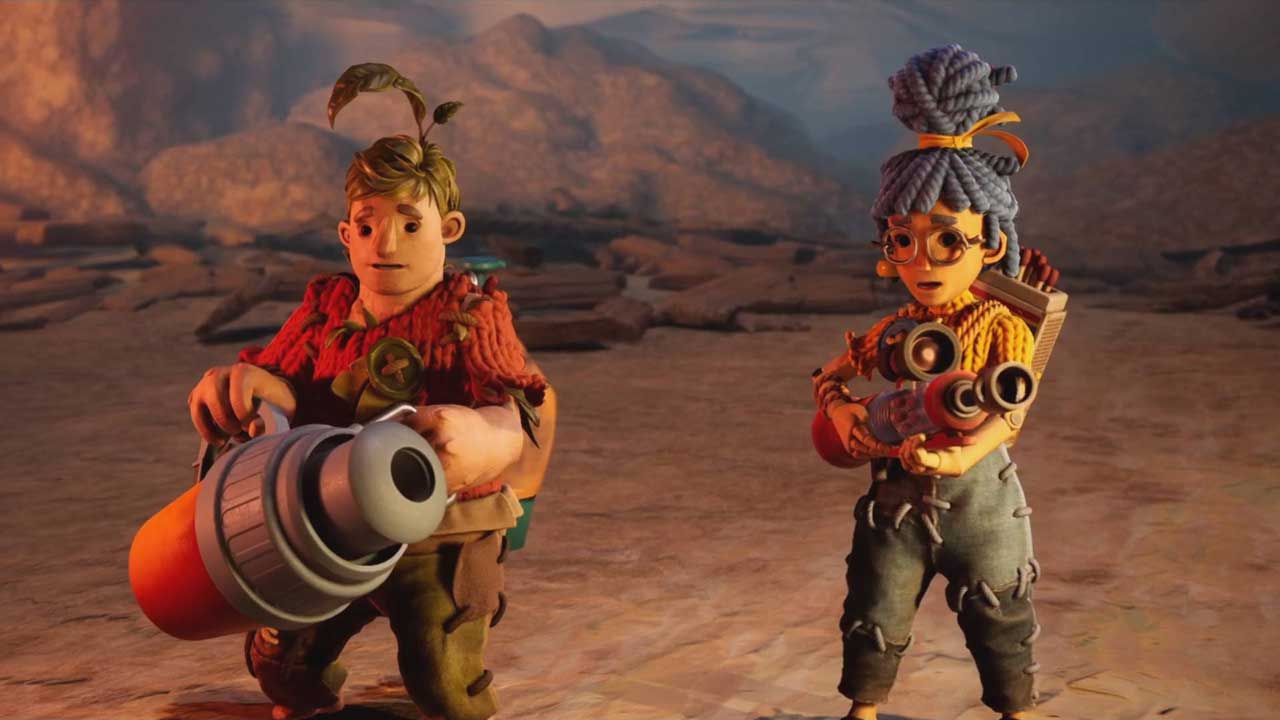 These games were never disappointing and provided so many laughs and some intense battles. It is always fun to show your partner how bad they are at a game when you beat them at a shooting range.

It takes Two is fully playable in co-op both through local and online. The game comes with a buddy pass where you can invite a friend who does not own the game and they can experience the entire story with you. It is a great way to enable everyone to experience this masterpiece. However, the game is always played in split-screen even online. While I get the idea here that players need to see what their friend is doing, it would have been nice to have a way to turn this off and add a little extra challenge to the experience.

It Takes Two is a masterpiece and it delivers on its promise of an unworldly co-op game. Every hour was filled with fun and laughs where I could forget about the world around me for a while and just smile. I have not had that in a long time so thank you, Hazelight. I have never played anything like it and I wish more games would break out of their box as It Takes Two embraces so many different elements of fun at once.  Once you are done with the game, you can replay it as the other character and have a completely different experience using their gear and dealing with their fights. It is just magical.