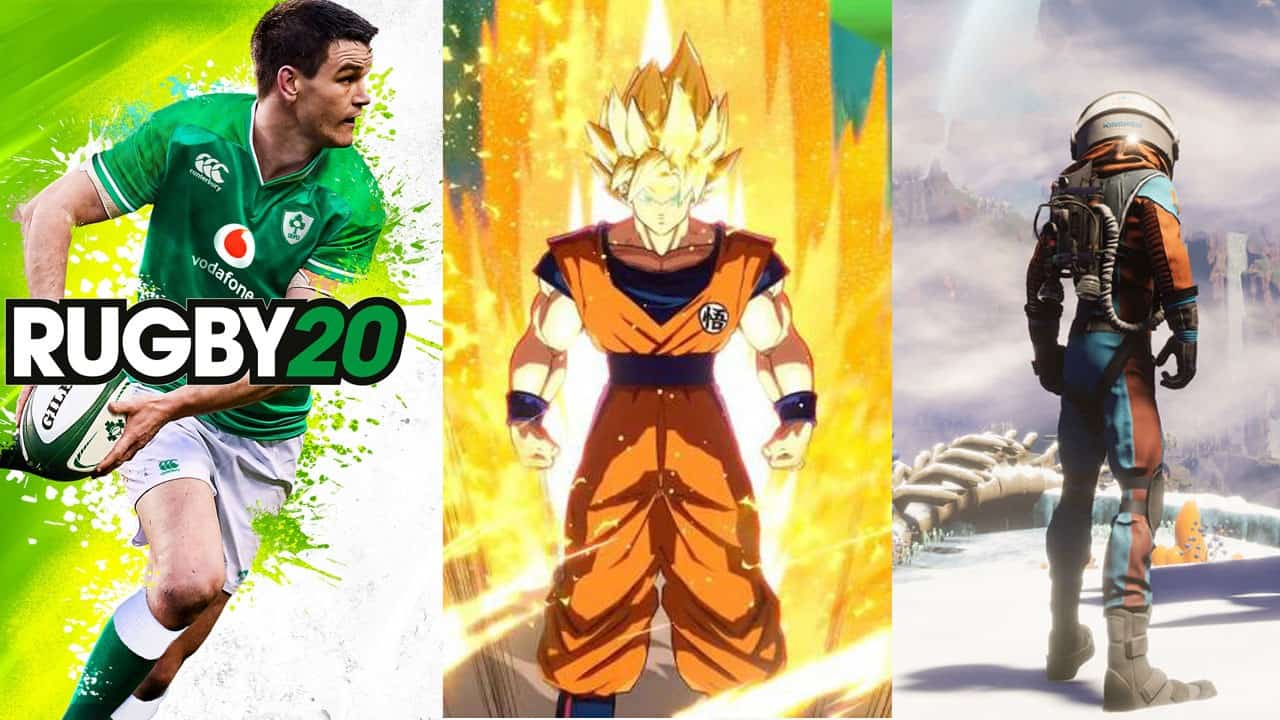 It may be a new year but that does not mean new games are not coming your way. The January 2020 video game release schedule contains a little bit of something for everyone as we finally see Monster Hunter World: Iceborne land on PC, Warcraft III: Reforged makes it remastered debut and the highly anticipated Kingdom Hearts III DLC arrives across PS4 and Xbox One.

Take a look at all the January 2020 video game releases down below and get ready for a crazy year in gaming.

A diverse locale, rich with endemic life. Numerous monsters that prey on each other and get into turf wars. A new hunting experience, making use of the densely packed environment. Monster Hunter: World, the game that brought you a new style of hunting action, is about to get even bigger with the massive Monster Hunter World: Iceborne expansion!

Puzzle & Dragons GOLD is a competitive puzzle action game featuring classic Puzzle & Dragons game play. Line up three or more Orbs of the same color and your monsters will attack your opponent’s team. Use your monster’s skills to boost your attacks and defensive strength! Form your own unique team and defeat your rivals.

Super Crush KO is a fast-paced brawler set in a vibrant, near-future city. Zip up your favourite neon jacket and combo your way through swarms of deadly robots to save your kidnapped kitten and, while you’re at it, save humanity from an AI apocalypse.

Experience the story of DRAGON BALL Z from epic events to light-hearted side quests, including never-before-seen story moments that answer some burning questions of DRAGON BALL lore for the first time.

Budding stars of the stage and screen team up with legendary warriors from the world of Fire Emblem in Tokyo Mirage Sessions #FE Encore for the Nintendo Switch family of consoles! Join a group of superstars in-the-making as they balance aiming for the top of the entertainment industry, with stopping Tokyo’s interdimensional invasion in this stylish RPG

The message confounded Orochi scientists. Their analysts broke it down and determined it was of intelligent origin. Orochi management immediately concluded that the discovery was too sensitive for public knowledge and moved to keep it hidden. In secret, the corporation began construction of Trailblazer Alpha, a state-of-the-art Mars research outpost designed to identify the true nature of the message.

Fifteen years after its debut, the co-op action RPG FINAL FANTASY CRYSTAL CHRONICLES is being remastered for Nintendo Switch With the new online multiplayer mode, you and your friends can connect and adventure together – no link cable required!

Play with the best national teams and biggest leagues in intense single-player and multiplayer matches, local or online: Top 14, Pro D2, Gallagher Premiership and Pro 14. Experience unprecedented tactical depth that recreates all the intricacies of the modern game. On the pitch, you can tweak your game plan, manage your line-out, initiate set moves, find spaces and give your side the winning edge.

Journey to the Savage Planet

Journey to the Savage Planet in an upbeat first-person adventure game set in a bright and colourful alien world filled with weird and wonderful creatures. As an employee of Kindred Aerospace, which proudly touts its rating as the 4th Best interstellar exploration company, you are dropped onto an uncharted planet deep in a fictitious, far-away corner of the universe. Launched with high hopes but little equipment and no real plan, your job is to explore, catalogue alien flora and fauna and determine if this planet is fit for human habitation. Onward to adventure! Good luck – and mind the goo!

Warcraft III: Reforged is a stunning reimagining of the revolutionary real-time strategy game that laid the foundation for Azeroth’s most epic stories. It is a remake in the truest sense, featuring a thorough visual overhaul, a suite of contemporary social and matchmaking features, and more. Command the Night Elves, Undead, Orcs, and Humans as alliances shift and armies clash in this timeless real-time strategy game.

Pursue a rogue god over land and sea in the sequel to the multi-award-winning RPG Pillars of Eternity. Captain your ship on a dangerous voyage of discovery across the vast unexplored archipelago region of the Deadfire. Bend the world to your will, as you explore the depths of infinite possibilities, including detailed character customization, total freedom of exploration, and more meaningful choices at every turn.

What are you playing in January? Let us know down below.