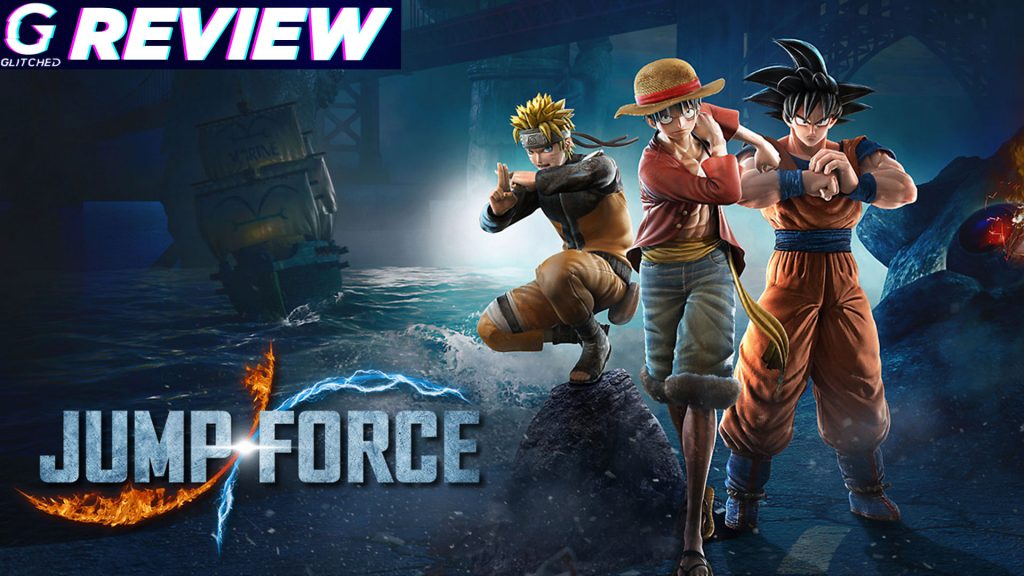 To celebrate the 50th anniversary of Shonen Jump, Jump Force was made as a true fan service fighting game that has one of the greatest rosters of fighters I have seen in a while. 40 playable characters across 16 different series is an impressive number and there is no doubt that this was meant to be the “Smash” of Shonen Jump.

Unfortunately, while the roster is packed full of the best of the best such as Goku, Naruto, Yugi, Luffy, Frieza and much, much more, the weak story mode and basic fighting system leave much to be desired. Instead of a detailed combo system that could have made each fighter a challenge to master, we are given a gear system that sees you place shortcut combos onto different moves and instead of a detailed story mode, we were given a pretty basic narrative to follow with poor animations, a flatline plot and a predictable ending. 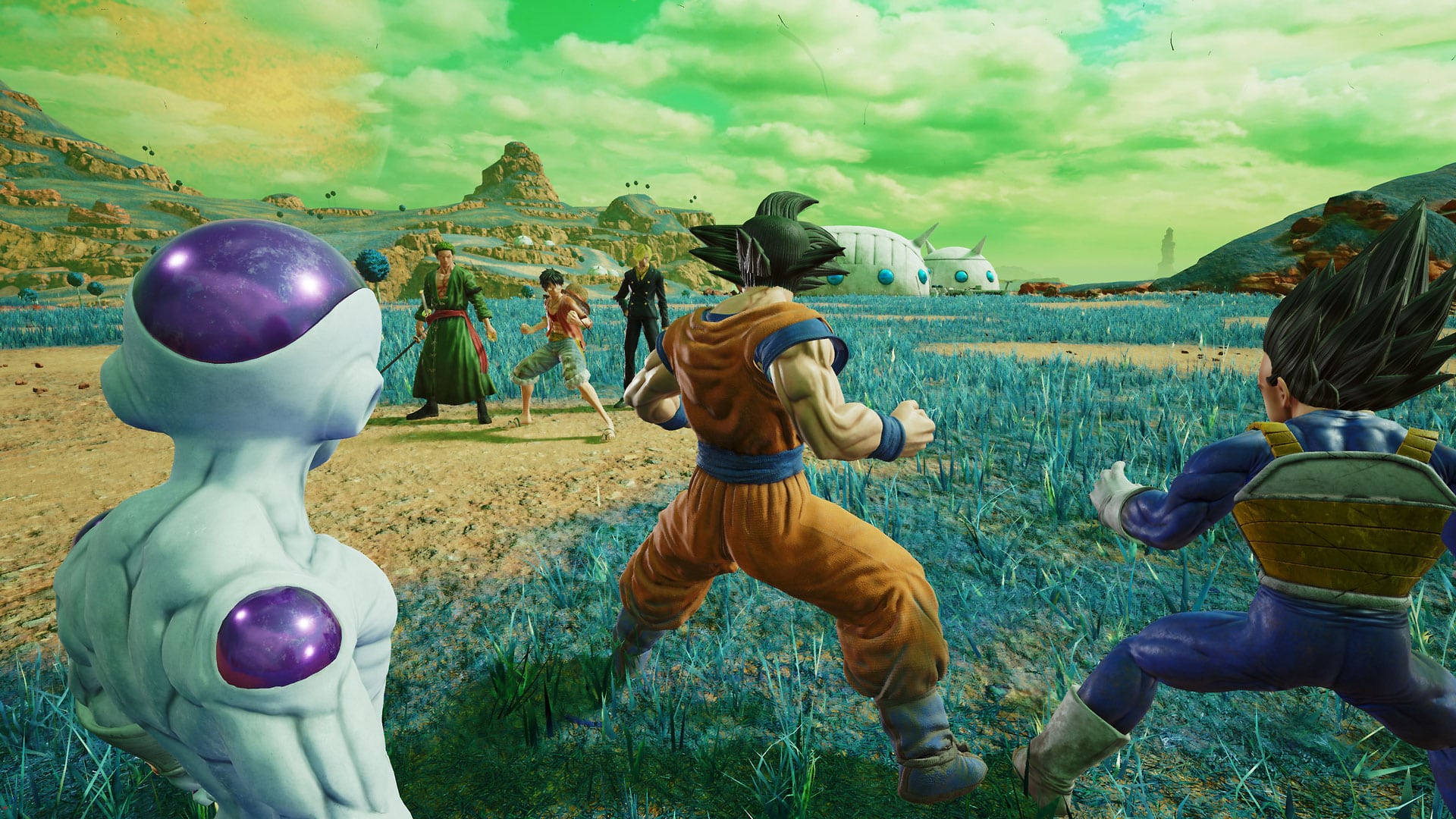 After a flashy opening cinematic we are introduced to the Jump Force, a collection of fighters sworn to protect the different universes. You get to create a custom playable character with a restricted character creation toolset and get to choose which faction you want to follow led by Goku, Luffy and Naruto.

The game does not hold your hand at all. There is a lot to take in and even getting around the main hub is a chore. There are no waypoints to show you where you need to go and if you miss the slightest detail on who you need to speak to next, you are pretty much screwed in terms of progression and I ended up having to speak to everyone I hoped would advance the story. 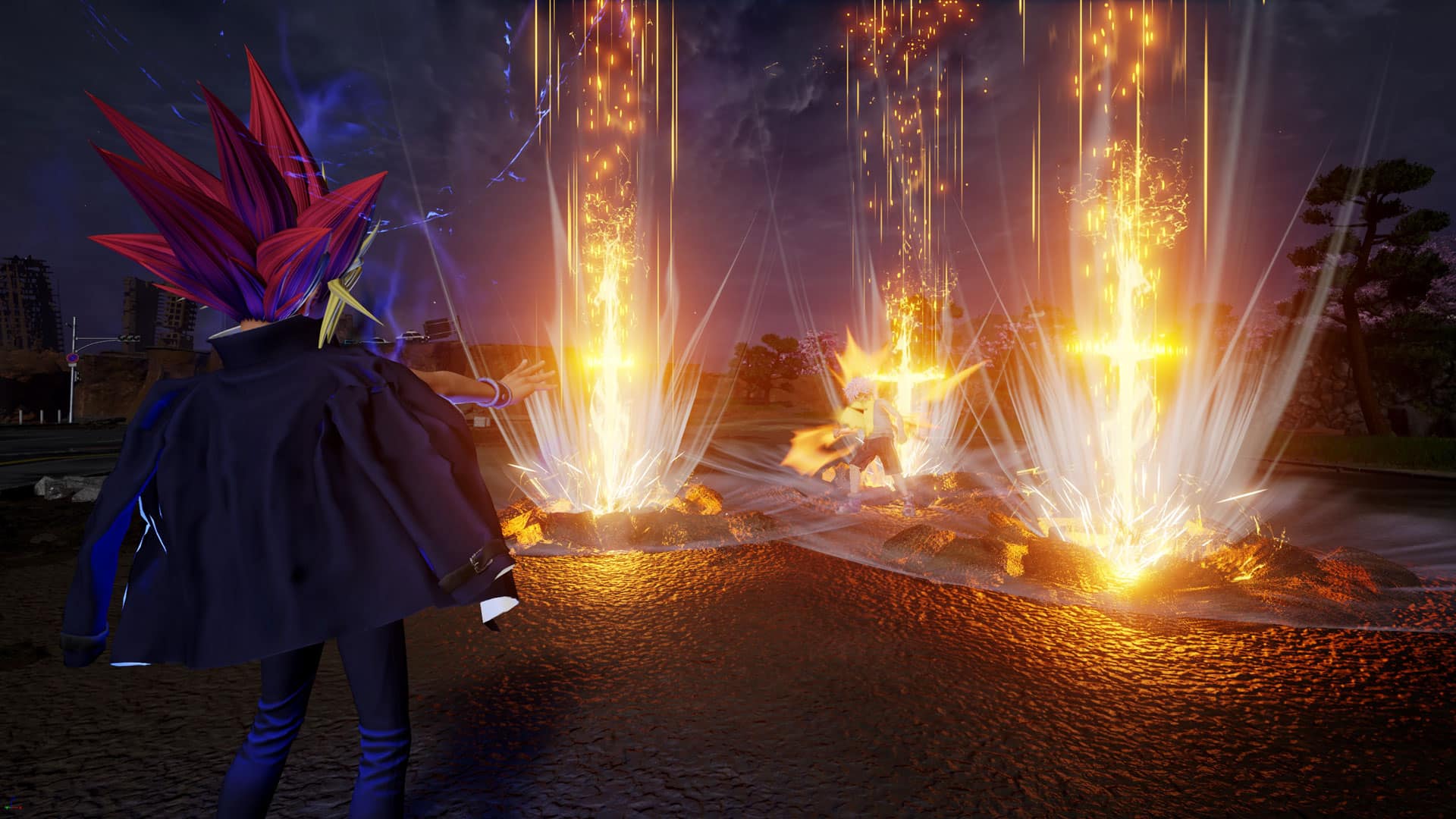 The 14-hour story mode could have used a bit more work as its cinematics, dialogue and execution feel rushed and unpolished. Most of the highs during the game are left bland as the lack of voice acting for some characters has a questionable result on the feeling trying to be conveyed during the story. Instead of reliving your childhood Dragon Ball Z moments, you are left cringing at the awkward animations and boring plot twists. Bad lip-syncing and the sheer lack of facial animations left me wondering how this even came to be. There is also no English dub so you are forced to listen to the high-pitched Japanese voice artists scream from your speakers throughout the game. It all makes for a rather unpleasant experience and does not do justice to any of the great shows and series the characters derive from. 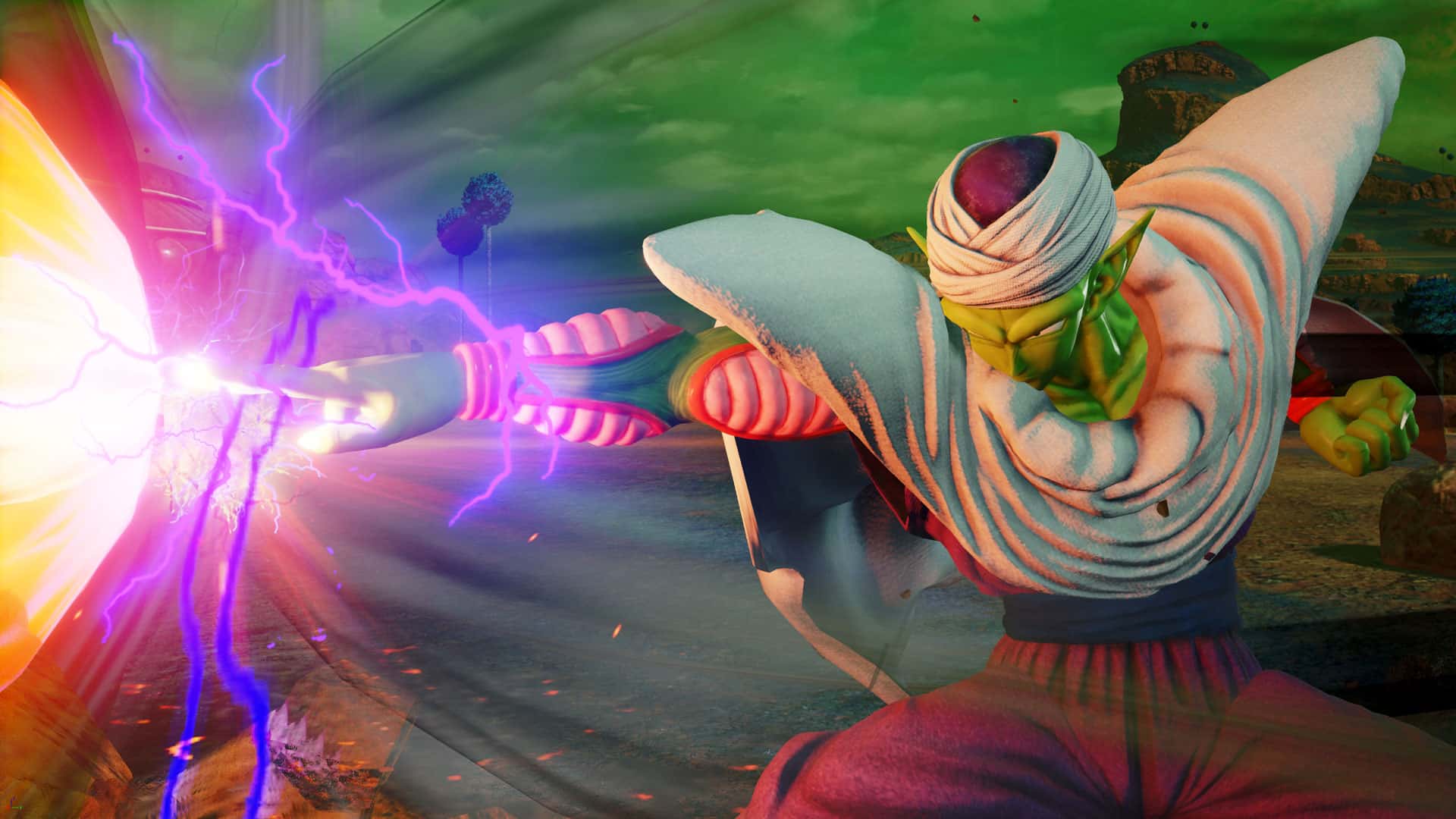 Combat in Jump Force is fun for about the first two hours of the game before you realize that it does not get any better or more advanced than what you experience in the first few fights. It is very flashy and gives you that feeling of watching a crazy anime with all the bells and whistles you hope to see. Every fighter as a unique look and feel to them and the super attacks bring out the best of them all.

Matched are 3v3 and combat revolves around a light and heavy attack system. This means that there are only two buttons you can press to attack in the game and these can be combined with other buttons to perform high and low versions of the attacks. Spamming the light and heavy attack buttons will perform a combo that will send your opponent flying into walls and into the ground and they are satisfying, to say the least. A typical match will result in you and your opponent flying around the open area as you both kick each other’s faces in and go flying into the distance. Every fighter has a handful of special moves too that are pulled off by pressing R2 (RT) and another button. This means there’s no real skill behind using these special attacks and all you need to worry about is doing a light and heavy attack combo and pumping a laser beam into them to finish it off. This system is great if you are new to fighters but anyone looking for a Street Fighter combat system will not find it here. It becomes rather simple after a time and while flashy, it does nothing to make you feel powerful and up and the game’s mechanics. The issues don’t end there as the one-dimensional combat is just one issue. The 3v3 combat has you select three fighters but they all share the same health bar which makes matches feel rushed. The whole experience is then brought down even further by the fact that you only need to know one combo per fighter to cheese most of the fight. Sure, you can counter almost anything but the terrible A.I makes it that your opponents don’t do that so you can just get rid of them faster. All the above leads to fights feeling the same and having the same rinse and repeat experience without any real change. The only difference is who you are fighting with.

The roster is the highlight of Jump Force with some fantastic faces making an appearance. If you have seen them before in a show and they played a major role then chances are they are in the game. Each of them gives the combat the break it needs when you get bored of doing the same thing over and over again. The attacks are flashy and there was something really cool about witnessing Yugi summon Slifer the Sky Dragon amidst combat only for him to beam down a giant attack and finish my opponent. 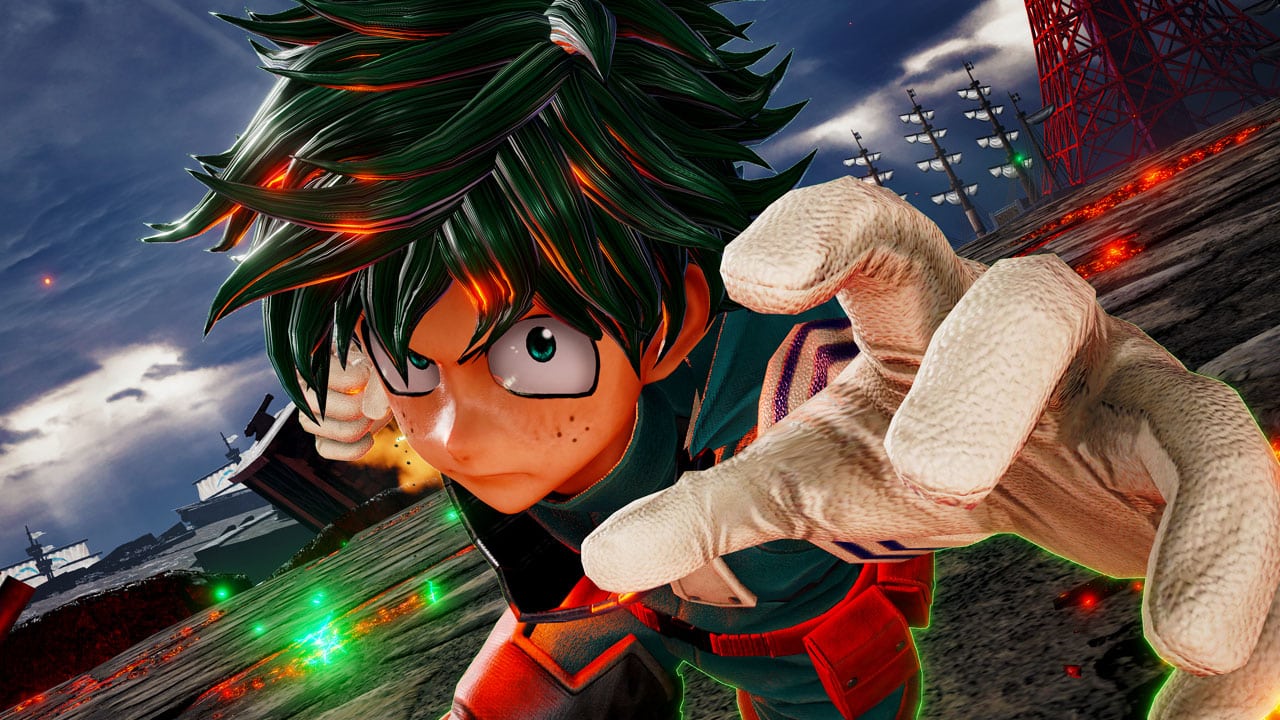 Jump Force’s multiplayer is also great as it allows you to experience an actual challenge instead of dealing with the shoddy A.I. The connection was stable and the experience was smooth with very little lag and gameplay issues. When you are not playing the multiplayer, you will be completing the missions, dealing with the terrible cutscenes and unlocking upgraded abilities and cosmetic items for your ugly custom-made character.

Jump Force is not the worst fighting game ever made but its story comes close. It fails to deliver a decent combat experience and has all the flash and none of the substance. The roster of characters is simply superb but after playing with each of them a few times you realize that it is pretty much the same without any real reason to master any of them. This is thanks to the bland combat system that pushed Jump Force outside of a fighter and more into an arcade brawler.