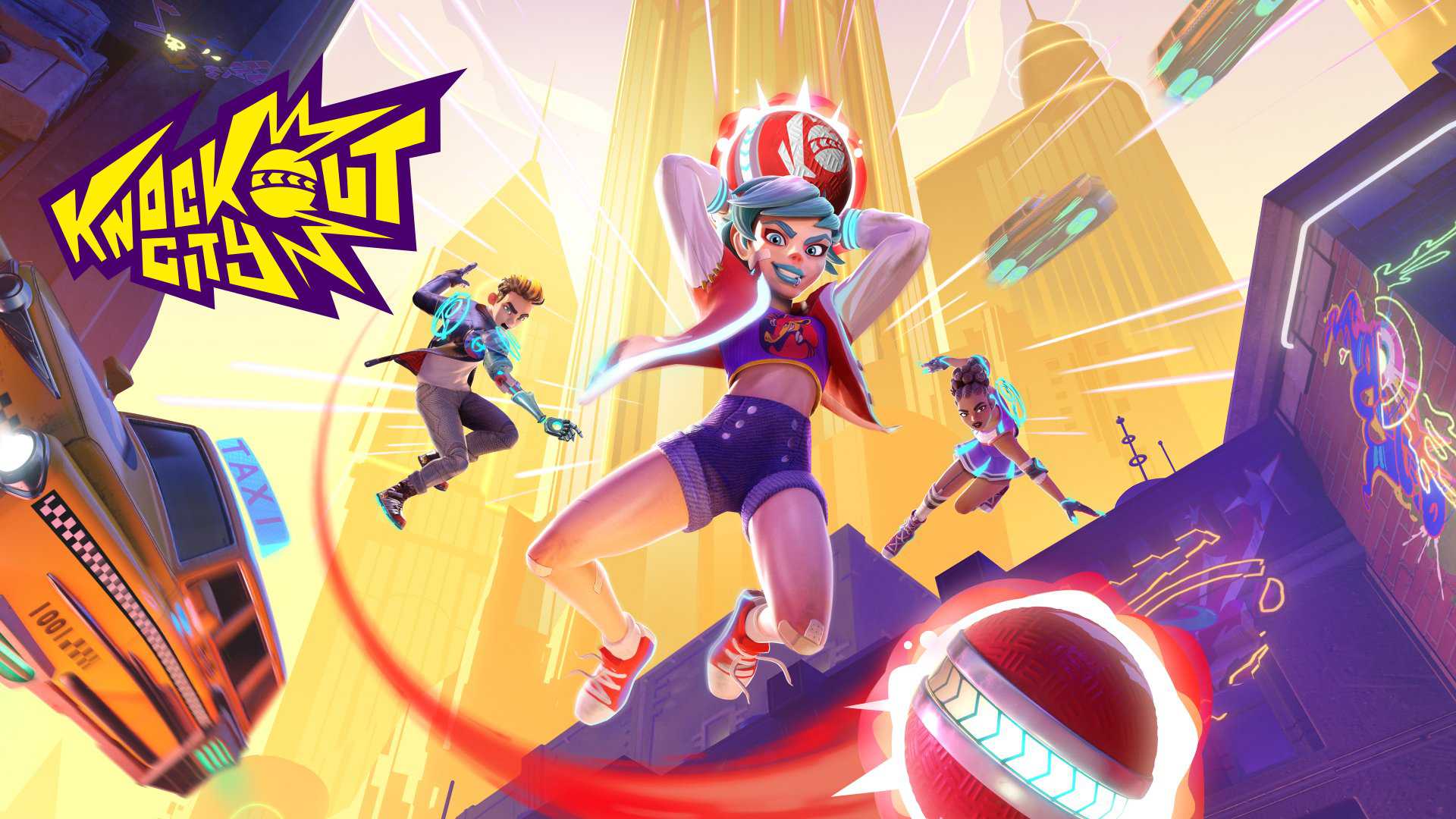 If you don’t already know, Knockout City is an arena-based dodgeball knockout game that sees players go head-to-head in brutally awesome dodgeball fights. Not your typical 5 on each side of the line kinda dodgeball game. Knockout City sees you enter arenas with different vantage points, environmental hazards and tactical covers as you try and toss balls, that come in different forms, at your enemies noggins.

The game includes smooth movement, great mechanics and various different ball types to blast into your enemies faces. However, the world of Knockout City can be brutal because of its fast-paced action, combos, movement and various mechanics. Today we gonna share with you five key aspects for becoming a Knockout City champion.

If you want to check out the game in action you can watch our guide in video form down below:

The 5 D’s of Dodgeball

Everyone is, or at least should be familiar with the “5 Ds of dodgeball”. Dodge, duck, dip, dive and dodge. Knockout City follows the exact same rules. Your movement that includes jumps, double jumps, dodging and diving is crucial to improving inside of Knockout City.

Mastering your movement will allow you to easily dodge incoming shots, navigate the maps, gain positional advantage and find your way back onto the map when you get knocked off by other players. You can jump mid-air multiple times. This lets you move over gaps and get better positioning. You also have your nifty glider to help you out with that. This lets you glide short distances. Handy for getting around.

The game essentially has 6 ball types. The standard dodgeball association approved rubber ball that’s nothing fancy but can certainly get the job done. We then go onto the special balls that spawn into the game slightly less often and have awesome game-changing effects. It’s worth noting that in most game modes, you’ll only get one type of special ball per game. First, the sniper ball. A long wind up football-looking dodgeball that is sent across the map and into enemy faces at incredible speeds. The ball is brutal to try and catch, so if one is coming your way, best get to dodging. 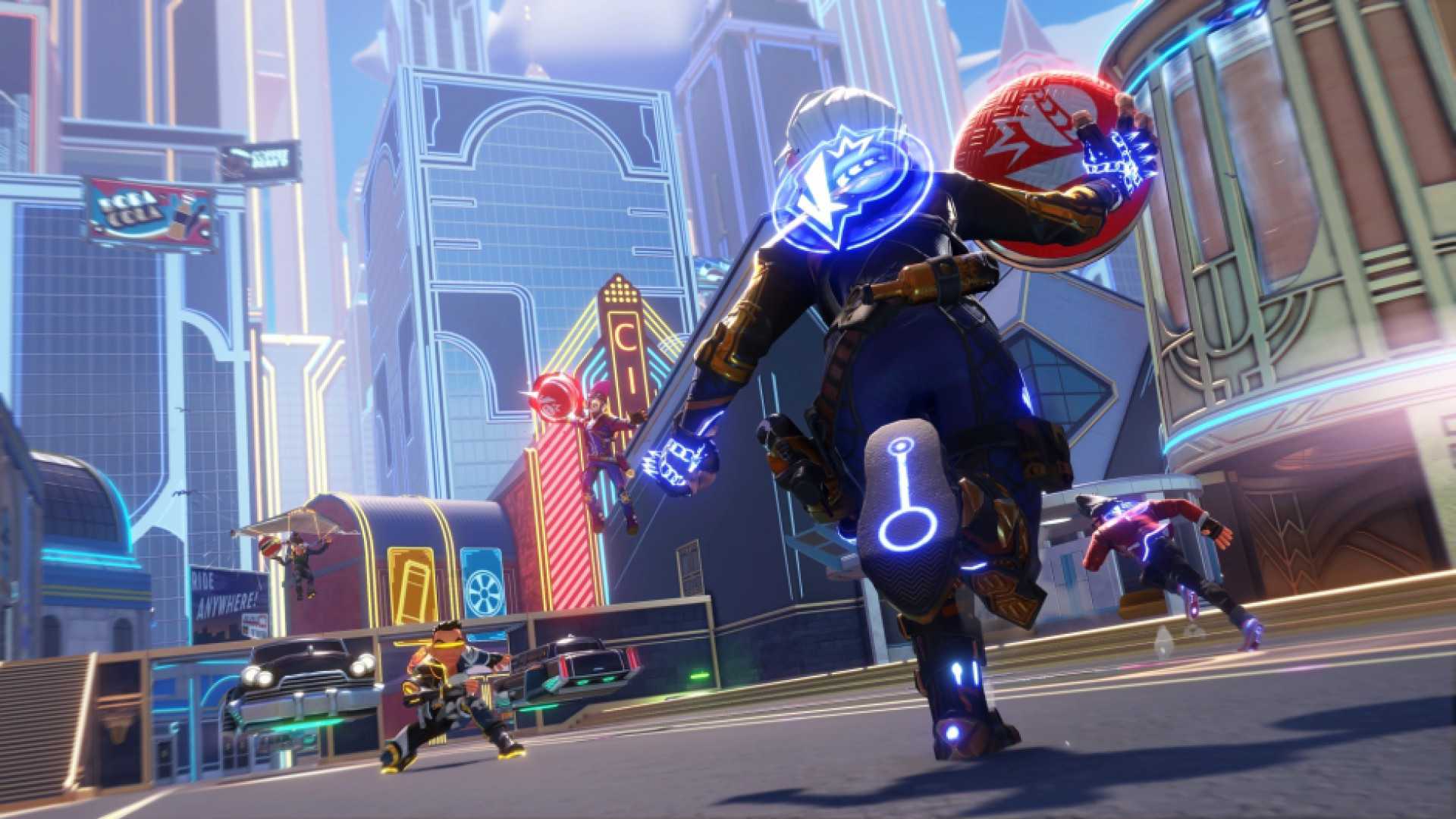 We then have the moon ball. A space-time altering ball that allows you to jump unparalleled heights when holding it allows you to dodge enemies and reach vantage points as well as send your enemies flying even higher and farther when hit by it. It’s nothing spectacular, but when used correctly can send your enemies into a spiralling rage while they try their best to get back onto the map.

The cage ball is up next. You ever been locked up by the dodgeball police? Neither have I but with this ball, you can encase your enemies in a police-themed ball, pick them up and toss them to their slow demise. 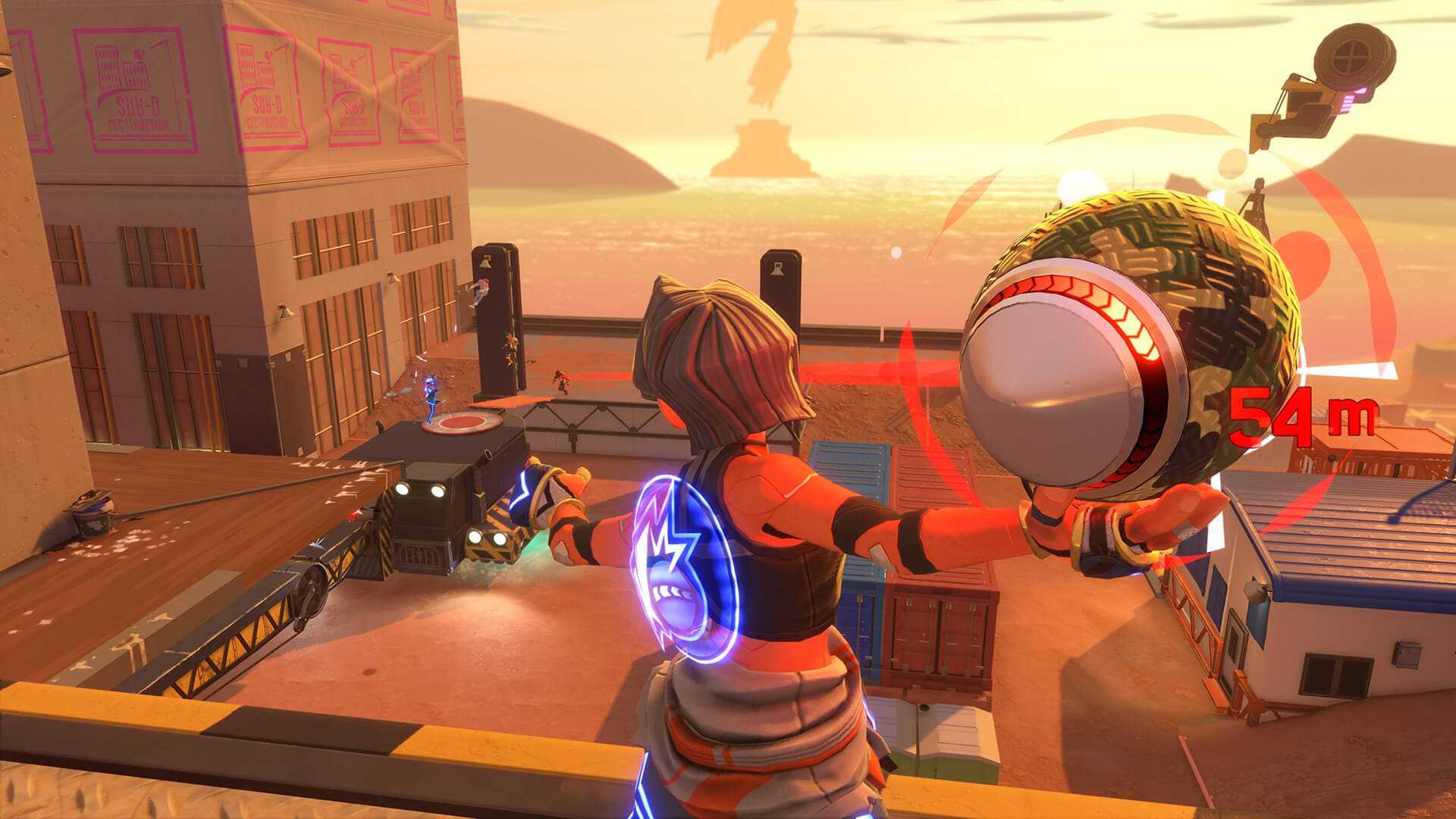 We then have the multi-ball. This special power-up essential equips you with three slightly powered up balls that you can throw in rapid succession, or pass off to your teammates so you can gang up on one unfortunate victim. The multi-ball allows for relentless barrages at one or multiple targets. This lets you overwhelm your enemy and score easy knockouts.

Lastly, we have the explosive ball. A timed area of effect ball that explodes with great force and sends your foes flying and dying. This ball is fantastic for dealing with those pesky gankers, easily turning 3v1s into equal fights. Knowing your ball types and their applications is a very large part of improving the game and knocking out more opponents.

Defence is the Best Offence

Some people say that defence can be the best offence and that holds true inside of Knockout City. A large emphasis is placed on catching the balls that are thrown at you. Catching the ball with regular timing will prevent you from being damaged and can change the course of any team fight, but catching the ball with perfect timing is one of the biggest game-changers that you can master. A perfect timing catch will make it so your throw is already fully charged up and you can instantly release your full fury upon your enemy. It makes for this fantastic situation of fast reflexes and satisfying knockouts. On top of that, you can protect yourself and your teammates by ramming into enemies, temporarily stunning them and causing them to drop whatever ball they were holding. Disarming your enemy can turn the tide of any fight and even the stun aspect of the ram can be used to great effect. Ram into your enemy just as your teammate throws a ball at them, and you get an easy knockout as the enemy will be stunned and unable to catch the ball.

Playing defensively when needed is a great skill that will instantly make your Knockout city game better. Using cover to hide from hard-to-catch shots or being ready to catch that curve shot from an enemy will certainly make the difference between winning and losing.

The classic saying. In Knockout City, teamwork is emphasised greatly. Passing a ball to your teammate will instantly max out the throw charge for that ball, allowing your teammate to get some quick, fast throws in. It’s worth noting that the sniper and explosive ball do not benefit from passing, and instead of getting an instant fast throw, you’ll get a measly spiralling mess. 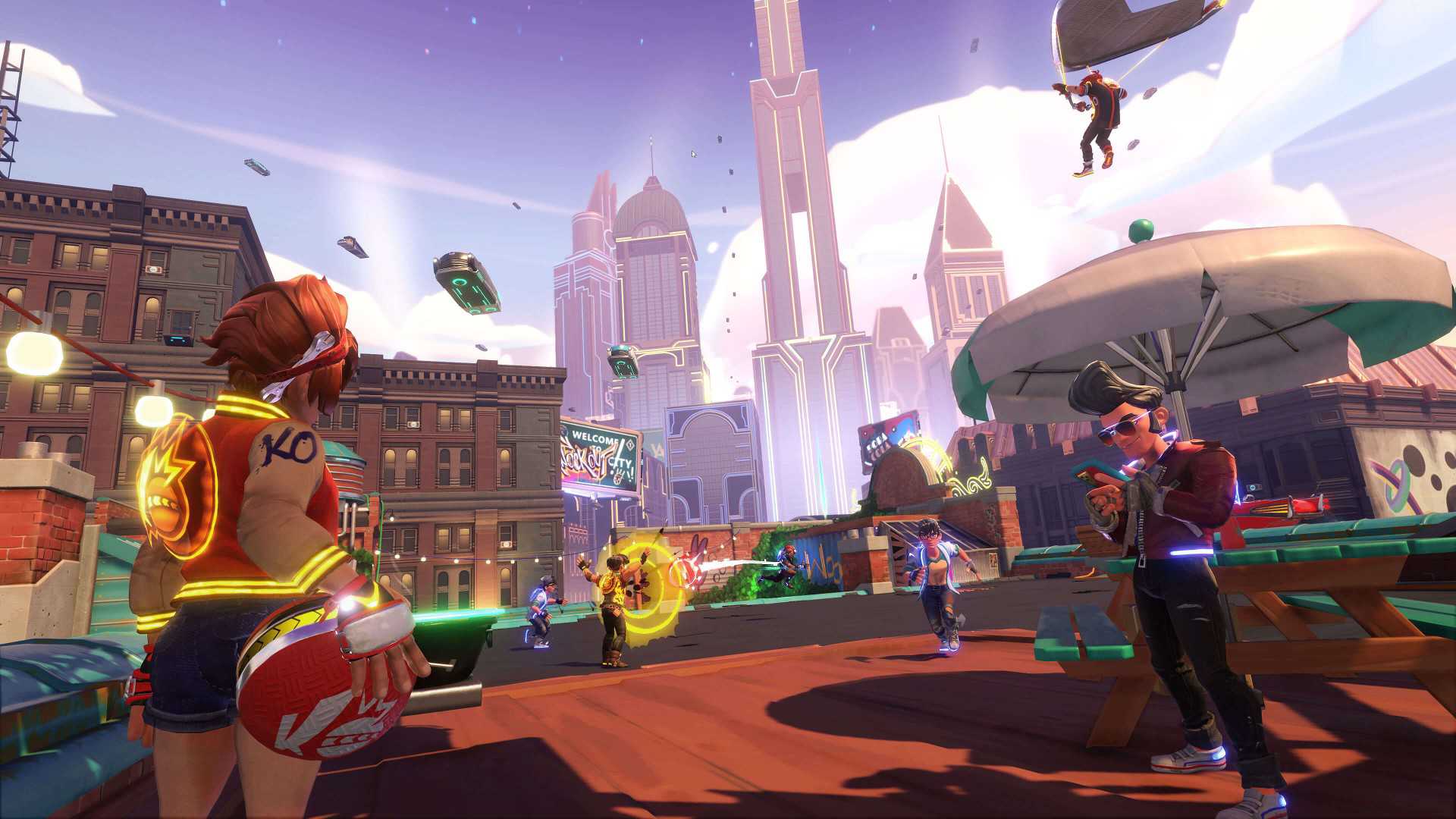 Passing is a fundamental skill that will improve your game, but so is teammate passing. Yes, your teammate can roll up into a ball, get fully charged up and be thrown into the sky, to come crashing down in explosive fury. Team throws are exceptionally powerful and can one-shot opponents, although they are slow to execute and sometimes easily dodged. Combining the pressure of your soon to be explosive teammate, with just a regular throw of a ball can cause enemies to be overwhelmed, leading to easy knockout.

It goes without saying that teamwork is vital, so in that same sense, working with your team and focusing targets down is vital too. It becomes exceptionally difficult to catch throws from enemies when two of them are bolting them at your head at full speed. Numbers really is the name of the game here, and ensuring that you choose a target that your teammate also choose, can lead to easy victories.

Lastly, we have mastering your shots. You essentially have three types of throws in the game. The standard straightforward throw. The curve shot, which can be used to great success around corners and obstacles. The lobbed throw can be used to toss the ball over objects, other enemies and terrain, sending the ball crashing down on your enemies. Knowing when and how to use these different throws will make a massive difference in your performance. 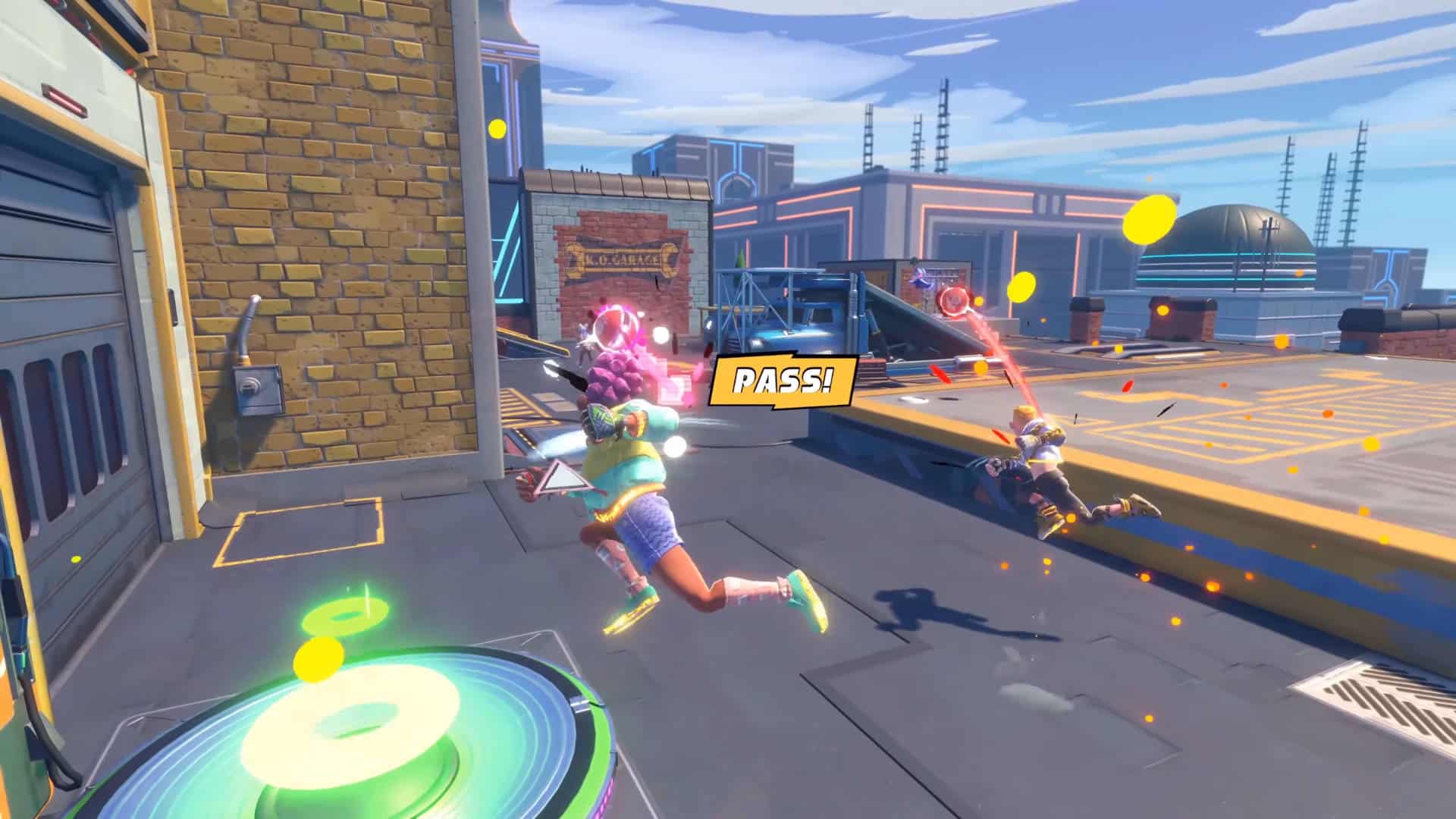 Catching enemies off guard with a curved shot around the corner, or faking them out and just hitting them with the reliable straight-shooter will give you an element of unpredictability and therefore make you harder to deal with. Some special balls can also be curved and lobbed making them even more of a threat and something the enemy team will not expect. Overall, knowing when to use different types of throws will make a huge difference in your play style and the enemies ability to effectively predict what you’re gonna do next.

Well there you have it, the 5 biggest aspects to focus on when looking to become a Knockout city champion. The grind from being a dodgeball rookie to becoming the next patches O’Houlihan can be brutal and unforgiving, but if you focus on our 5 aspects you’re almost guaranteed to improve.

Knockout city is available on PS4, Xbox and PC. Players can download the game for free and play up to level 25 before having to pay for it. You can also play the entire game through EA Play. So if being an agile, ball throwing, face murdering dodgeball champion sounds like something you’d enjoy, be sure to check it out.

This article has been produced in partnership with EA Games.