The original Layers of Fear was, without a doubt, a great horror game that many will describe as a walking simulator with some puzzle solving. That would be a fair description but it held up in so many ways, from its eerie atmosphere to its dark mysteries you had to solve. With Layers of Fear 2, developer Blooper Team took everything a step further, making the game bigger and prettier than the original thanks to the move from the Unity to the Unreal Engine. Unfortunately, when it comes to horror games like this one, bigger isn’t always better.

Layers of Fear 2 doesn’t continue the story of the original. Instead, you are thrown into the boots of an actor who finds himself on a massive cruise ship to film some sort of movie but things are not as they seem. You make your way through this cruise ship slowly exploring all the narrow, dark corridors and learning more about what happened, including my personal favourite little storyline about child stowaways and a pirate ship set.

As I progressed, it became clear that the developers wanted to throw in as many of these eerie and mysterious messages as they could and sometimes it works, while other times it just felt like it was overdone with all the character/acting messages. It didn’t help that the protagonist is silent and you don’t see any emotion or fear at all, making it hard to connect with the character. However, connecting with the stories of other characters was easy, with some decent voice acting helping things along. 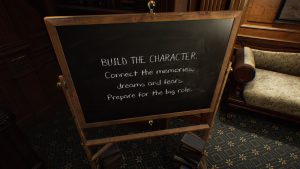 Saying that, Layers of Fear 2 really did need some help. While the environmental storytelling is great and you can almost feel what happened in every new room you enter, the game’s pacing and general gameplay systems do let it down quite a bit. At times, the magic of the original did shine through, especially at the start when things were slow and creepy, with an object falling down almost giving me a heart attack. However, the developer decided to add chase sequences which didn’t add to the experience and the puzzles felt lacklustre, at best.

Sure, I was stuck on a few puzzles for a couple of minutes, for example, when I failed to realise I should just look up at the roof to see a lock combination (which are random in each playthrough) but for the most part the puzzles didn’t give me that sense of urgency or fear of failure. Instead, it was an experience of trial and error that quickly became tedious. 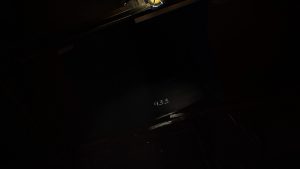 With these issues, including some clunky controls that caused problems during chase sequences, all the atmosphere the game tried and mostly succeeded to create was broken for me. Sure, everything looks better, but when you need to press R2 to hold a door, then swing it open with your left stick while being chased, only to fail simply thanks to the controls not working properly, things get frustrating. Further, since all the scares are very clearly scripted, you only really get that sense of dread the first time around and from then onward, it is all about pushing through the chase sequence gameplay mechanic. 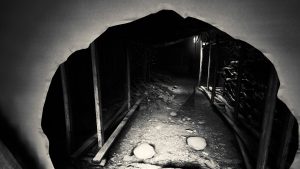 I found myself not caring all too much about the scares and walking straight into a creepy, dark room filled with mannequins. Because the game doesn’t have many gameplay elements going for it and relies so heavily on its storytelling and scares, this nearly ruined the experience for me. Thankfully, the story of the ship’s inhabitants was good enough to keep me intrigued, even though sometimes it felt a little bit overdone.

Layers of Fear 2 can be beaten in one sitting of about four to six hours, depending on how much time you spend on the puzzles and how quickly you move. For me, unfortunately, it took several sittings as I couldn’t play the game for much more than an hour before getting motion sickness. This hasn’t happened to me since the original Borderlands before the FOV slider patch so for those who suffer from motion sickness, I recommend turning the game’s headbobbing movement off right away Even then, the flashing lights and the low Field of View did a number on me and I even got physically ill a few times because of it over the weekend. 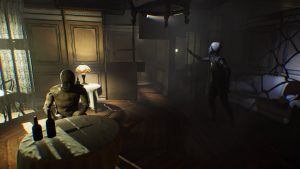 Even with this unfortunate experience, I was still so intrigued by the game’s storyline that I kept going, making my way through all five chapters, figuring out its puzzles and getting pulled in with its environmental storytelling. Even though it took me roughly six hours to beat, there is more gameplay to be had as there are multiple endings depending on what choices you make to go back for, as well as collectables for those completionists out there.

Keeping all this in mind, you can get roughly 10 hours of gameplay out of Layers of Fear 2, which isn’t bad at all for a horror walking simulator with puzzle solving. 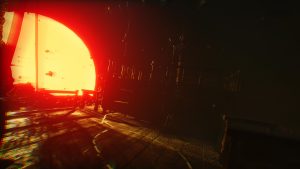 I called it a walking simulator, but that isn’t exactly 100% true. As mentioned earlier, the developer added chase sections that weren’t in the original. This is basically the only new mechanic and you can get insta-killed, but thanks to some clunky controls (when opening or shutting doors) it became more of a frustrating chore that adding intensity to the experience.

With this new mechanic, the pacing just felt off, as most of the time you would be slowly making your way through the cruise liner’s narrow corridors, just to find yourself now in a chase sequence. 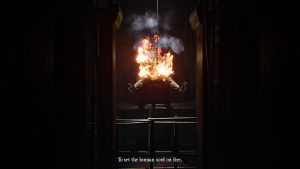 With all the scares and sequences being scripted as well, things just fall apart and you are left pushing through for the sake of it instead of being pushed to the edge of your seat.

Layers of Fear 2 didn’t pull me in as much as the original did, but that doesn’t mean it is a bad game. In fact, the game did keep me going right up to the end with its mysteries that I slowly uncovered, its eerie sounds, brilliant atmosphere and some scares in between.

The puzzles could have been better and I did experience a technical glitch or two, but for the most part, it was a smooth experience, not counting the motion sickness thanks to headbobbing and flashing lights. What I really hated about the game was its unnecessary instakills and even though the story was interesting, it felt just like the developers tried to make things too mysterious, all while you play with a main character that is silent and shows no emotion, taking away from the experience. Lastly, scares just became too predictable and that could be because of the game’s extended length compared to the original. Sometimes, bigger simply isn’t better.

This review was based on a code sent to us by Gun Media.