What can you say about the twenty-fifth iteration in the LEGO video game series? Well, it’s nice to see an alternative to the hero wins the day theme – we’ve all fantasised about the villains being in the spotlight just once right? Right? Just me then? Oooookkkkk… moving right along.

Bar that, however, there isn’t really much more we can say about this latest venture into the LEGO/DC Universe. If you’re a parent and looking for a wholesome, fun romp with some occasionally difficult puzzles to solve (don’t deny it, you’ve all wandered around thinking, “What the hell am I supposed to do here?”), then you won’t be disappointed. Your kids will love it! 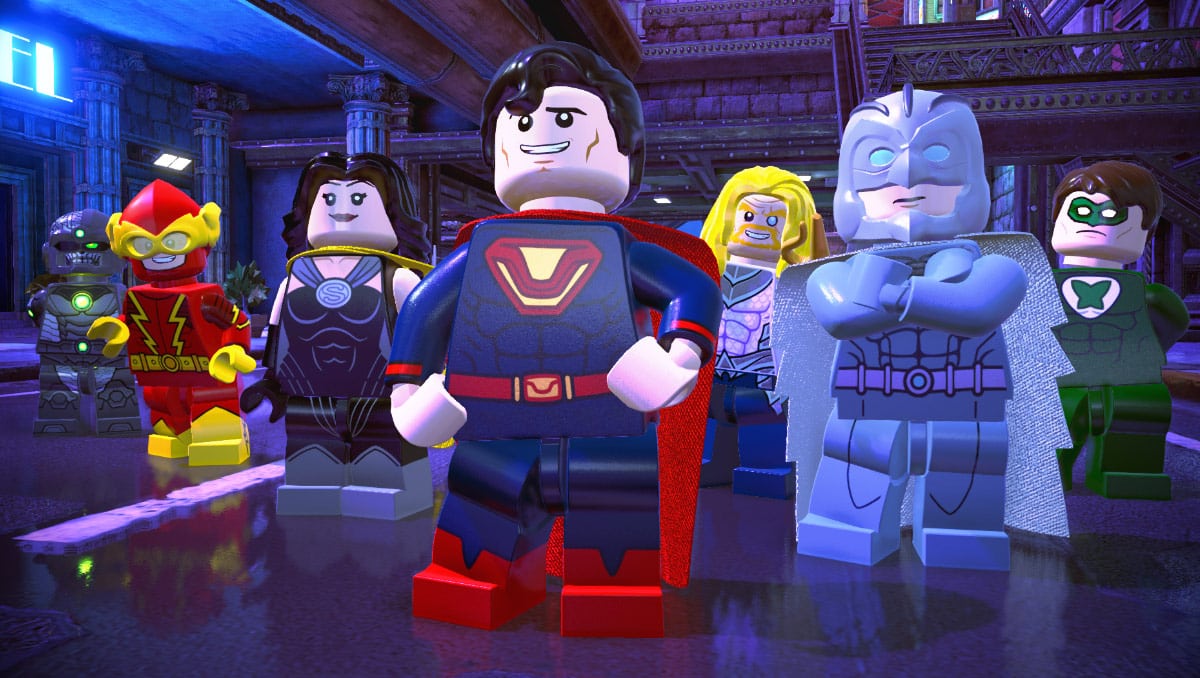 The LEGO games are fun mostly because parents don’t despise playing them with their kids. The humour is often subtle but aimed at an older audience, which provides more than five minutes worth of entertainment for the hapless parent, and the kids love just going around breaking everything and collecting studs. For those kids who aren’t as familiar with the comic universe, this is a nice introduction to the characters and themes, much like the LEGO Batman games, as they pay a bit more attention to the plot. As always, the strength of the LEGO games lies in the comedic element, which is silly but amusing nonetheless for all players. 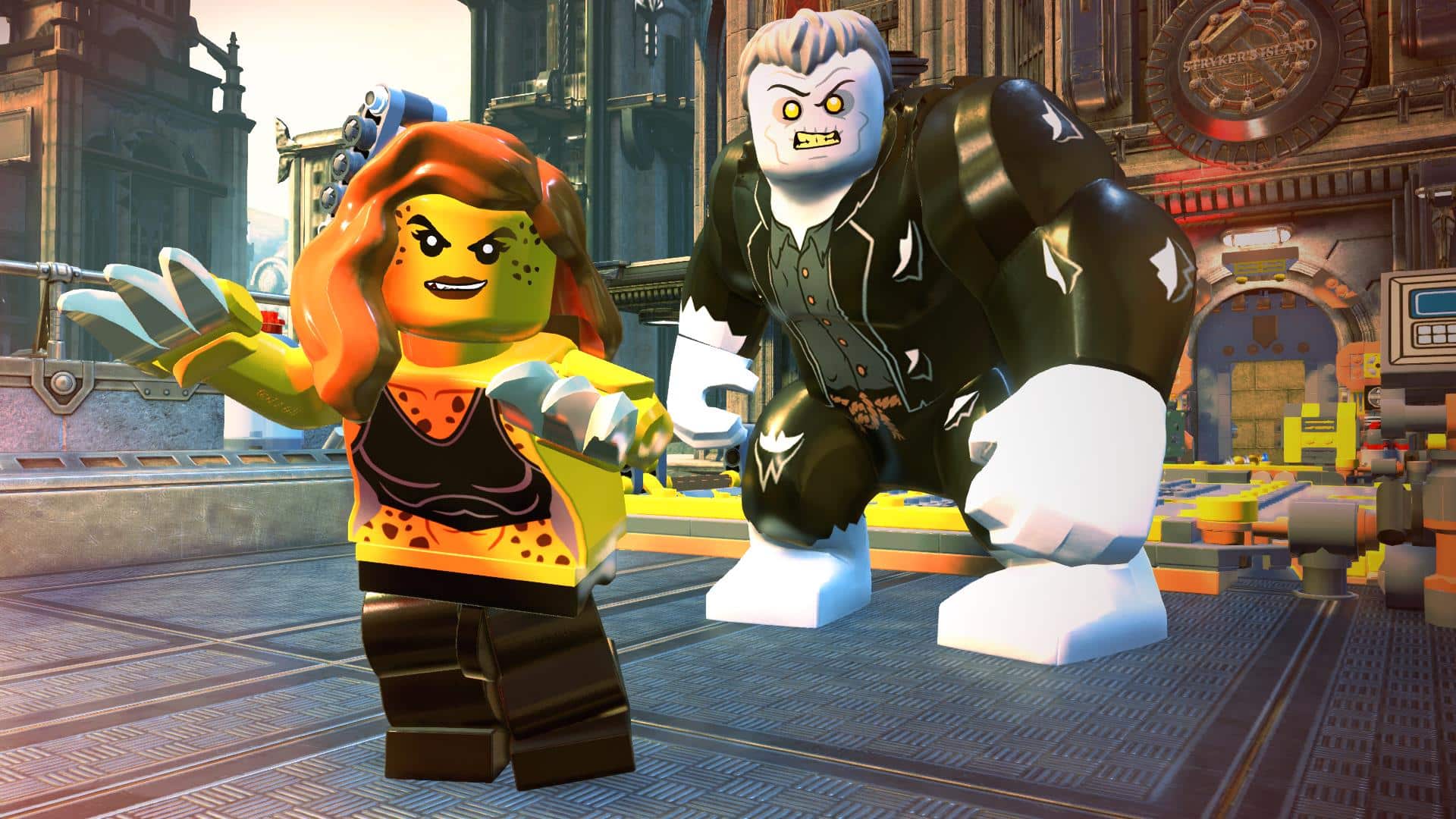 The controls haven’t changed since the last LEGO game so no surprises there. The menus are still pretty confusing and clunky, and the vehicle controls still pretty much suck. There are main missions to drive the game forward, a million and one side missions where you can go back and unlock characters, gold bricks and whatever the collectable of each game happens to be. 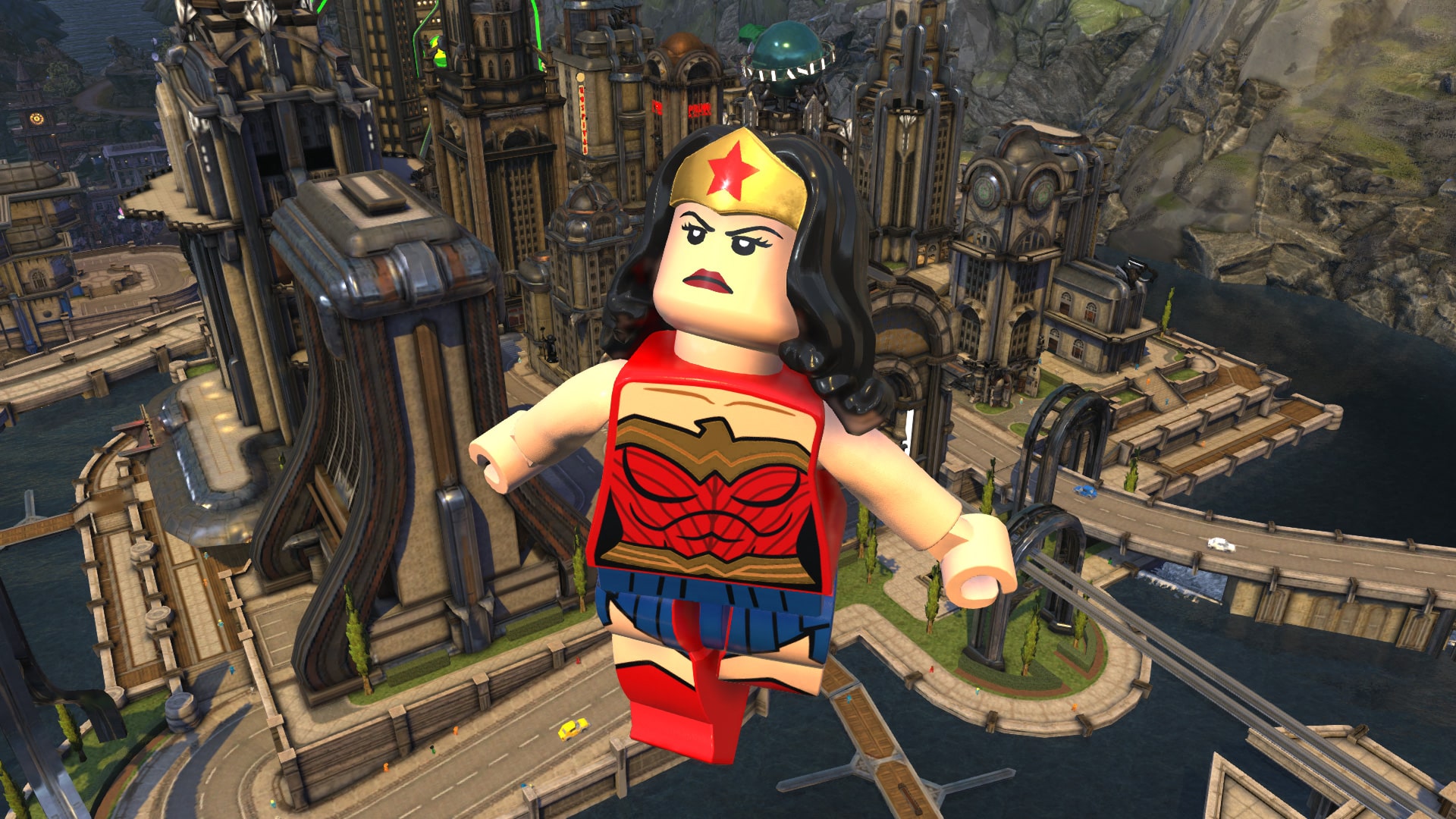 On the plus side you do get to create your own villain, but unfortunately, this is more cosmetic than anything else, as this isn’t really a story driver.  The level design is kind of cluttered and (if it’s possible) even more confusing than the usual LEGO games. I get that they were trying to go for the whole villain chaos and disorder thing, but it falls quite short, as do the vast roster of DC villains. You can find pretty much every villain that ever appeared in the DC Universe (or so it seems at least), but it becomes a bit “meh” after a while. 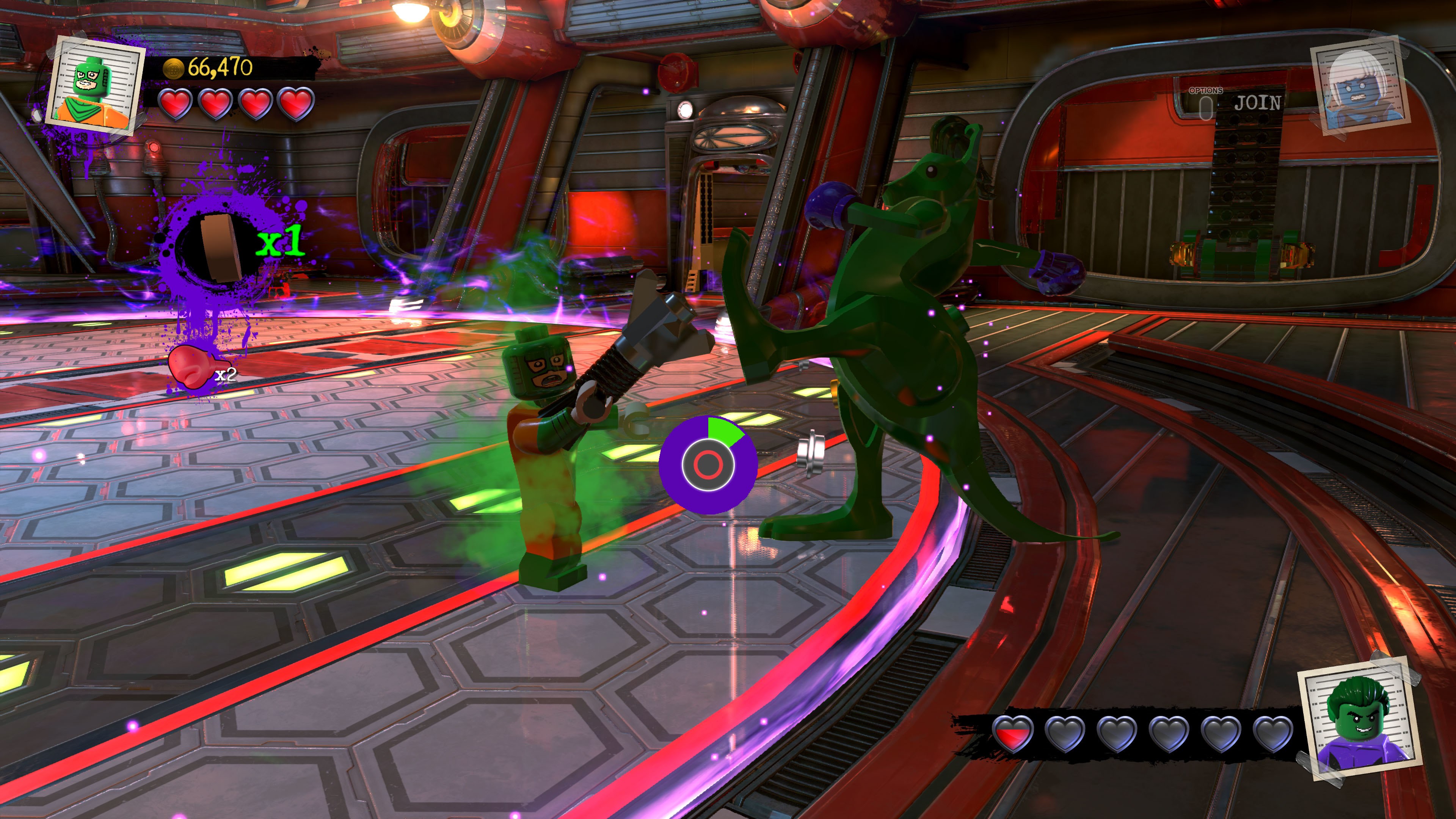 Oh, wait, the “plot”! Is it really important in any of these games? I don’t think so, but here goes. The Justice League vanish and are replaced by the Justice Syndicate from the Multiverse, whose morals are… how shall I say… grey. The villains take it upon themselves to expose these new “heroes” and so restore balance. If you’re familiar with your DC comics, then you’ll probably find this bears some similarities to Justice League: Crisis on Two Earths, so it’s cool to see some of that coming through. A nice touch is the voice talent, which includes the likes of Mark Hamill (The Joker), Tara Strong (Harley Quinn) and Kevin Conroy (Batman).

I could waffle on about the different characters, the levels and so on, but I don’t really feel it’s necessary. It’s a LEGO game. New levels, new challenges, same-same but different.

This review was written by Pippa Tshabalala