From the team behind Home Sick Pilots comes the LIMBO comic – an absolute gem of a comic that I had somehow never heard about and almost overlooked. The best way to explain to you what to expect inside the pages of LIMBO is to ask you to join me on a trip through your imagination.

Imagine, if you will, a detective noir story but with a whole lot of 80s nostalgia mixed in. Then imagine you take a bucket of sci-fi and toss in a mixtape loving, high-top waring, voodoo queen. Add to that a whole bunch of “Poltergeist” style horror references and just a few ancient deities, and what you’re left with is LIMBO. Created by Dan Watters (24 Panels; Coffin Bound; Home Sick Pilots) and Caspar Wijingaard (Paradiso; Angelic; Home Sick Pilots) for Image Comics (Crowded; Death or Glory; Middlewest), LIMBO tells the story of Clay. It’s really tough to talk about LIMBO without spoiling anything. It goes about a detective named Clay who suffers from severe amnesia and remembers nothing of his past life.

When a singer shows up at Clay’s office looking for answers after witnessing the owner of the club that she works at (a notorious crime lord) doing something strange, Clay finds himself on the road to discovering who he is, who he was and how all that ties into the case he’s agreed to work. 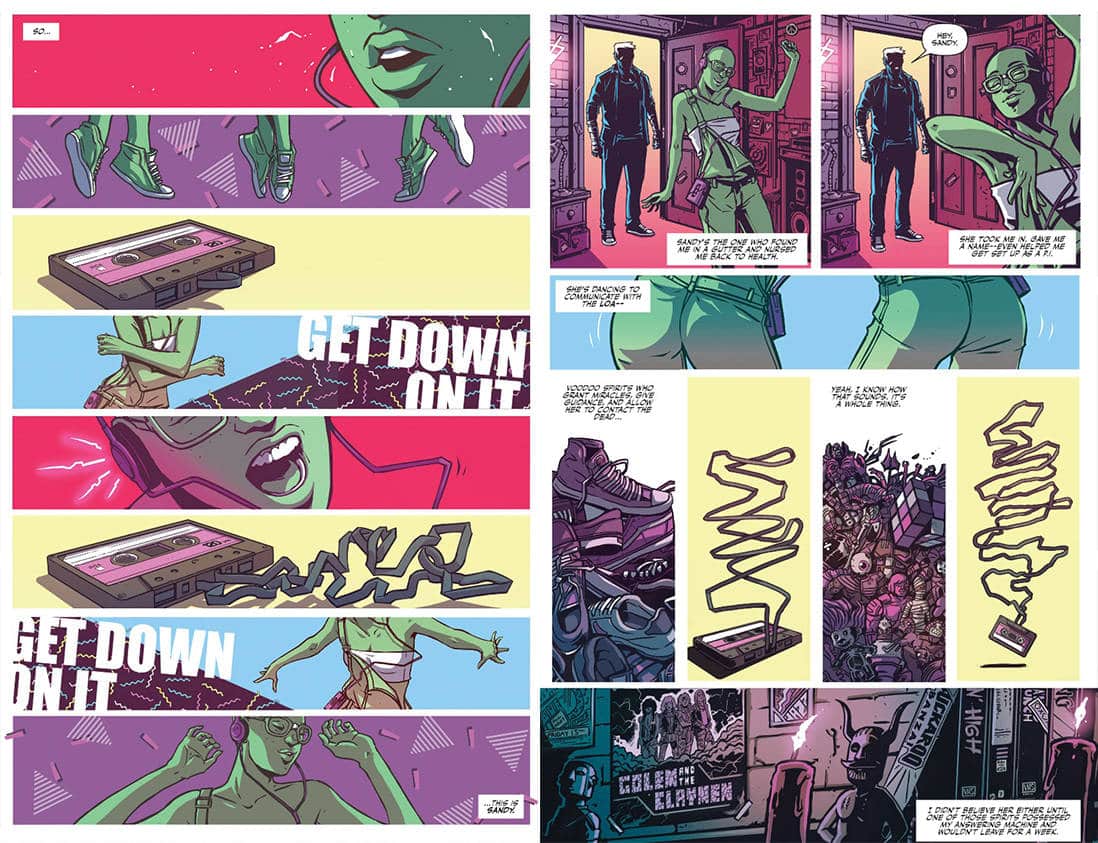 I am elated to have found LIMBO comic. It was the comic I didn’t know I was searching for before I found it. Visually LIMBO is everything you could want from a comic: bright neon colours that seem to want to escape the page, exciting panel layouts that are anything but traditional and characters that are as unique as they are visually striking. All mixed with some 80s VHS style imagery to pull it all together.

LIMBO is a comic about life and all the questions that come with that. Are our choices ever really our own? or are we all just on a predestined path, doomed to repeat the same decisions again and again regardless of “free will”, and if that’s true, can we ever hope to change the person we are deep down? 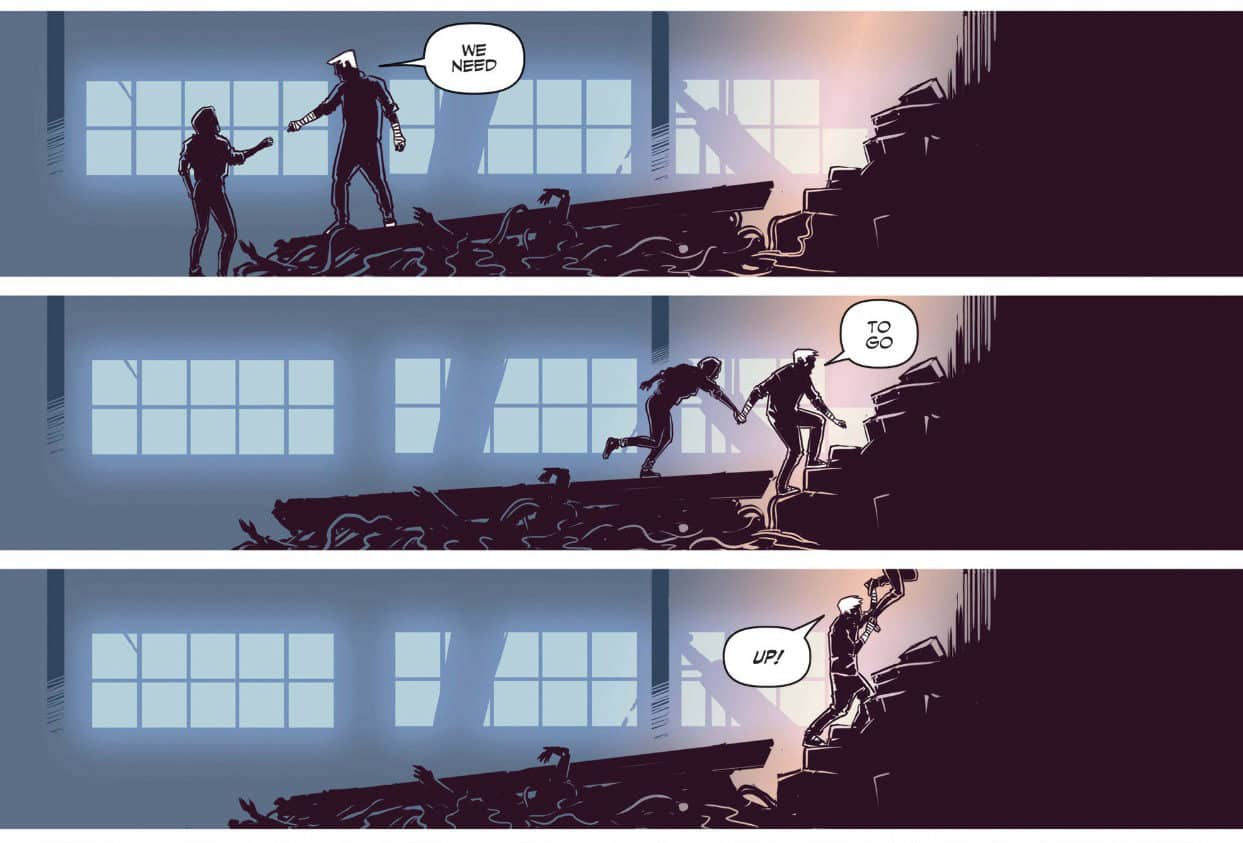 The only complaint that I can raise against LIMBO is that there isn’t more of it. Even though the story was wrapped up and finished in probably the only way it could be, it still left me wishing there was more to read and look at.  And isn’t that just the way every good piece of entertainment should leave you feeling? Happy to have experienced it but sad to say goodbye.

LIMBO might be over and done with a single TP, but it’s a story that will stay with you and creep its way into your thoughts for a long time to come.

Want to grab LIMBO for yourself? Head over to Critters and Comics. The series is currently available in the following formats: Digital; Single Issues (6 Issues) or as a single Trade Paperback