The Logitech G102 mouse is just your average run-of-the-mill gaming accessory. There’s nothing ‘wow’ about it by any means and that is okay. From its design shape to its feature set, it is predictable, easy to use and overall quite reserved. The G102 has been around for years now. I think back in 2016, Logitech released the model and has kept the product close to the brand while changing a few things here and there. The mouse comes in white and black. Of course, the white is quite a standout model given how most gaming mice are black. With that said, I found it a refreshing take on the accessory and the RGB seems to merge nicely into the clean aesthetic.

The Logitech G102 mouse includes six buttons, a bright LED strip for RGB, a non-braided and quite a long 2.1m cable and felt great in my hand. It is not ambidextrous and does not feature an asymmetrical design. Those of you looking for that feature will have to look elsewhere. It measures at 116.6mm long, 62.15mm wide, and 38.2 mm high. It weighs 85 grams and packs 8000 DPi. What will you pay for all this? Around R499 – R549 depending on where you find it.

A big feature of the G102 is the reporting time. Logitech claims the mouse can report back at up to 1000 reports per second which is fairly impressive. I definitely felt a difference between my prehistoric Logitech MX Master mouse and the G102. Every swish of the mouse felt more responsive, movement was smooth and tactile. Not to mention clicking was faster and felt as if it not only improved my productivity but also my gaming. This all goes hand-in-hand with the device’s design to provide a seamless experience while holding and moving the mouse around.

All the buttons on the Logitech G102 feel great. Clicks make a satisfying sound and felt great at the same time. The thumb clicks are also positioned quite well. I use these a lot when working and jumping between websites and social media pages for research and article writing. These buttons were a bit further away from the ones I used on my MX Master. However, within a day or so I managed to get the hang of it. When it comes to scrolling, the mouse wheel was stiff but it worked in the device’s favour. There’s a satisfying bump to each scroll and the heaviness adds to it too. The rubber grip also makes it easy to grip and scrolls.

The RGB on the Logitech G102 is fantastic. It is the perfect level of brightness and colour range to make it a practical mouse not only for gaming but for work too. The “G” lights up to whatever configuration you have and the strip of RGB follows the pattern too. There’s a lot of customization here for users. It can transition through whatever shades you choose and blend across the band at the same time.

Lightsync technology also comes with its own perks and similar to other RGB lighting solutions, the more you have the better it looks. You can sync your keyboard, speakers and much more with it. I don’t have any Logitech products but I am sure it is cool. The lighting features are near endless and can even be customized to react in certain ways to the games you are playing. It would be cool to test out a range of devices to see how this performs one day. 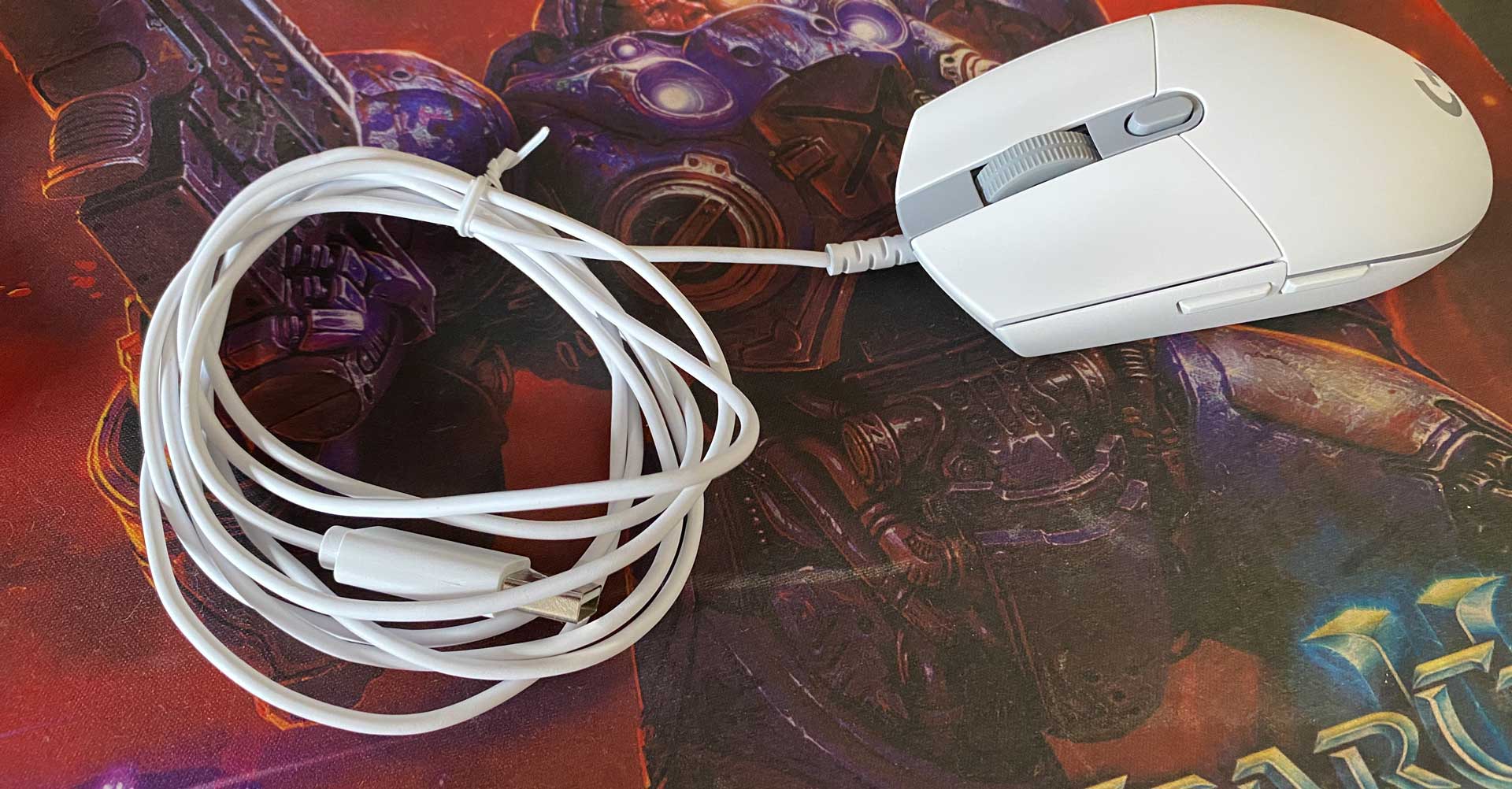 Performance on the Logitech G102 was as I expected from a gaming mouse like this. There are no fancy buttons here to map to certain actions at all. However, most games I play don’t use that so it worked in my favour. Using the G HUB, I was able to tweak the settings of the device including the DPI speed. Here I could assign up to 5 different speeds to the DPI button and toggle through them as I saw fit. It especially came in handy when playing shooters. I used one of the settings for running around with certain characters like Soldier 76 and another while playing melee characters like Reinhardt. I could take is a step further for games like COD and only set up two profiles. One for guns such as the SMG and AK and another for sniping. Every gamer has their own method they could take advantage of using this system.

The Logitech G102 is a good mouse. The white model, while being super sexy, could get dirty after a while so take that into account before you choose it. However, while it is missing a lot of bulk found on other devices, it is perfect the way it is. There’s no-nonsense here. It is sleek, works pretty well across the board and is not a bad price either.

This Logitech 102 LIGHTSYNC review is based on a review unit sent to us from Logitech over a 3-week period. The mouse has been returned since. Find out more about the device here.