The Logitech G815 is one of the most unique gaming keyboards I have ever reviewed. Trust me, I review a lot of keyboards. At first, I thought it would be your generic run-of-the-mill device which some fancy RGB lighting and your average keys. However, what I got was a sleek device with some great key travel, media buttons and some impressive features. Most important of all is just how thin this keyboard is. It is the thinnest gaming keyboard I have used and it goes a long way to show off Logitech’s innovation in design. However, through everything it boasts, I could not get its price tag out of my head as this keyboard will set you back close to R4,000.

Let’s get something out of the way here first. The Logitech G815 is thin. The keyboard is only 22mm high which is less than half of the thickness of almost every other keyboard on the market. From the moment I took it out of the box, I could feel its sleek design in my hand. Even when it was placed on the desk, the wafer-thin design speaks volumes for its space-saving approach. Best of all, the keyboard still manages to deliver everything you would expect from a gaming keyboard even with it being as thin as it is.

It is strange because as you game and type on the device, it feels so different. You know it is thinner and this design aesthetic oozes into the key travel, media buttons and even the kickstand. In all honesty, it puts other devices to shame. You don’t need to be the biggest and the brightest on the market to stand out. The Logitech G815 packs enough media buttons and even a volume dial. Just enough “feature” to make it a companion during work and play. 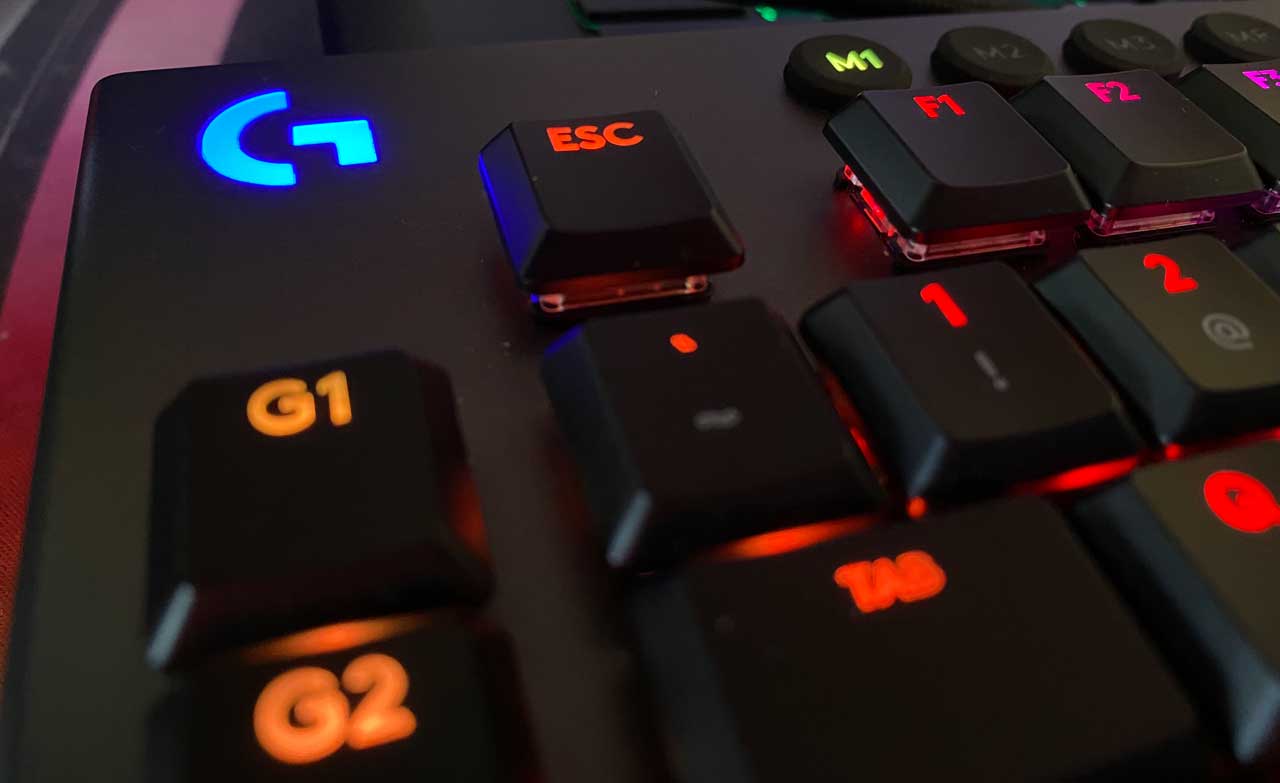 There are some personal issues I have with some of its features. I wished the media buttons had more click to them. After using the keyboard for so long, when you press a media button and it does not give you the same feedback, I kind of thought it was stuck for a second. It gives you the feedback as if the button is not pressing in. Even though it is, the illusion is not there for me. Not a train smash but the rubbery media controls are definitely a strange design choice.

There’s also no wrist rest which could be an issue, especially for work. If I am paying almost R4k for a keyboard you would think it would come with an optional attachment wrist rest? The thinner design just felt like it needed a rest.

Other little details include some great RGB that shines throughout every situation and a USB port which you can use if you plug in the included USB on the cord. There are also five macro keys on the left-hand side which are easy to reach and press while gaming. 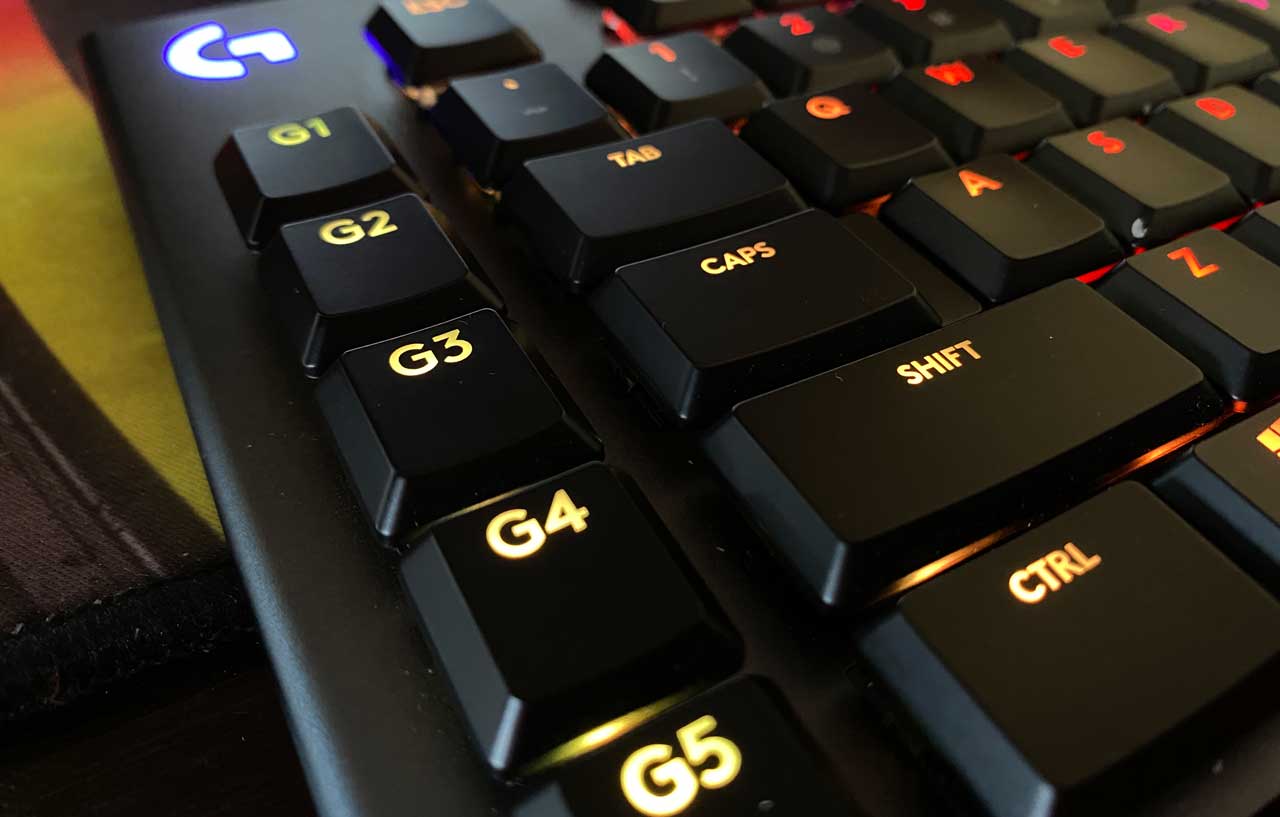 The Logitech G815 shines during gaming but not so much during typing. The keys do have a slight wobble to them. The short travel distance can also be an issue when typing as the GL Clicky keys need more force than usual. It is not that noticeable but if you work on a laptop as I do, this keyboard may require you to change up the way you type at first in order for your muscle memory to get used to the device. The keyboard is also somewhat quiet. Typing is not as loud as I thought it would be. Although again it louder than my laptop.

The keyboard makes use of the Logitech G HUB software in order to customize it. Best of all, it does not need an account like that damn Razer Synapse software that always asks me to keep signing in. It supports onboard memory, cloud sync and let me change the RGB and program the macro keys. If you have used any keyboard software in the last decade, there’s nothing new and wow here by any means. It works… Without an account.

As for gaming, the keyboard excels here. General gaming use was superb throughout my time with the device. The low-profile key design meant I had a better grip on the keys I needed during my gaming sessions. Travel time was short and the issue with I had with the force while typing was not a problem while gaming. It is just a pity there could not have been the best of both worlds here.

I specifically enjoyed having my G-keys on the left-hand side. I began doing all sorts of magical things with my pinkie finger as I often reached for the keys while playing The Elder Scrolls Online – a game where macro keys are a lifesaver. Logitech just seems to have mastered the position somehow and I hope they never move them away ever!

Even though I absolutely loved the Logitech G815, I could not get over its price tag. It is a pricey device and while its design is outstanding, it is almost unaffordable when searching for a gaming keyboard. The truth is, there are thicker keyboards out there for half the price. You can sacrifice another 20mm and get the Razer Blackwidow Elite which includes a wrist rest too. With that being said, those of you who want a thin and sleek keyboard, you are not going to find one as great as this.

This Logitech G815 review was based on a load device sent to us by Logitech. The keyboard starts at R3,699