The Mafia Trilogy concludes with a remake of the original games. Dubbed “Mafia Definitive Edition“, this version of the classic 2002 release is not a poorly remastered port like the second game, or a mediocre rinse and repeat action game like the third game. Instead, Mafia Definitive Edition is the best out of the collection. Crafted with the utmost love and attention to detail. It is not perfect with a few bugs and repetitive gameplay holding it back from being a masterpiece. However, it stands as the best way to experience a Mafia game.

Mafia Definitive Edition is set in the 1930s and follows the story of the original. While it is a remake and much of the story remains intact, there’s also a lot of additional love put into the experience. For starters, the added cinematics, new dialogue and some action sequences give the game the much-needed boost into the modern age of gaming. Players get to explore a beautifully-reimagined Chicago, meet some lovely mobsters, fall in love with the main character (I know I did) and kill a lot of police at the same time. 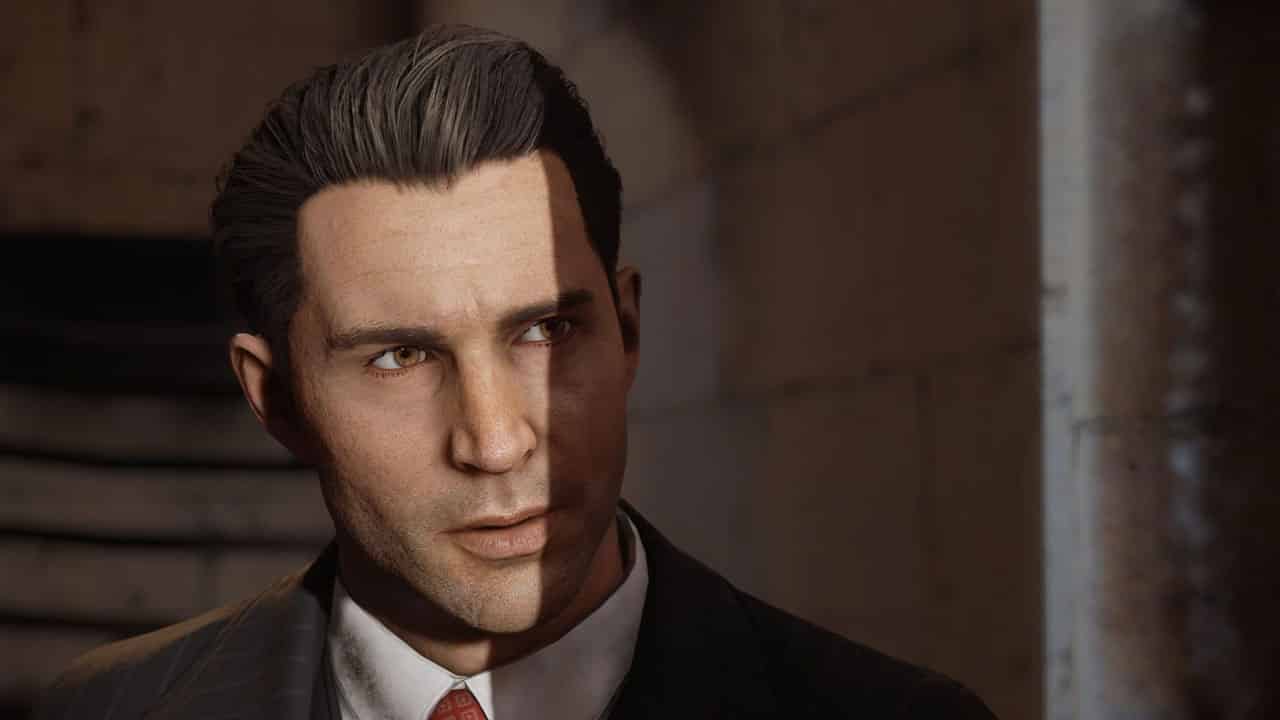 While Mafia Definitive Edition is an open-world game, its campaign is linear. It follows the story of Tommy Angelo as he makes his way up the ranks in the Salieri crime family. The story plays out in a mission by mission basis and if you want to explore the world then you need to select the “Free Roam Mode” separately. In a way, this works to its advantage. There’s no diddle daddling around in between missions or no running off to find an object spotted in the distance. Instead, the linear mission path let me focus just on the twenty-or-so missions. I invested in the story, its characters and felt like part of the gang.

Hanger 13 has done the original more than justice here. However, there’s nothing much new to experience other than a few new cinematics and voice lines. The story remains the same, there are no new additional missions at all and this is not the “Director’s Cut” by any means. It works in the game’s favour. Mafia Definitive Edition has a strong story and this approach was like watching a film play out in front of you. It also looks better than ever now thanks to the fantastic facial animations, backdrops and voice work. It is a story I wanted to watch and finish. There are some great characters to invest in besides Tommy and his partner goons. 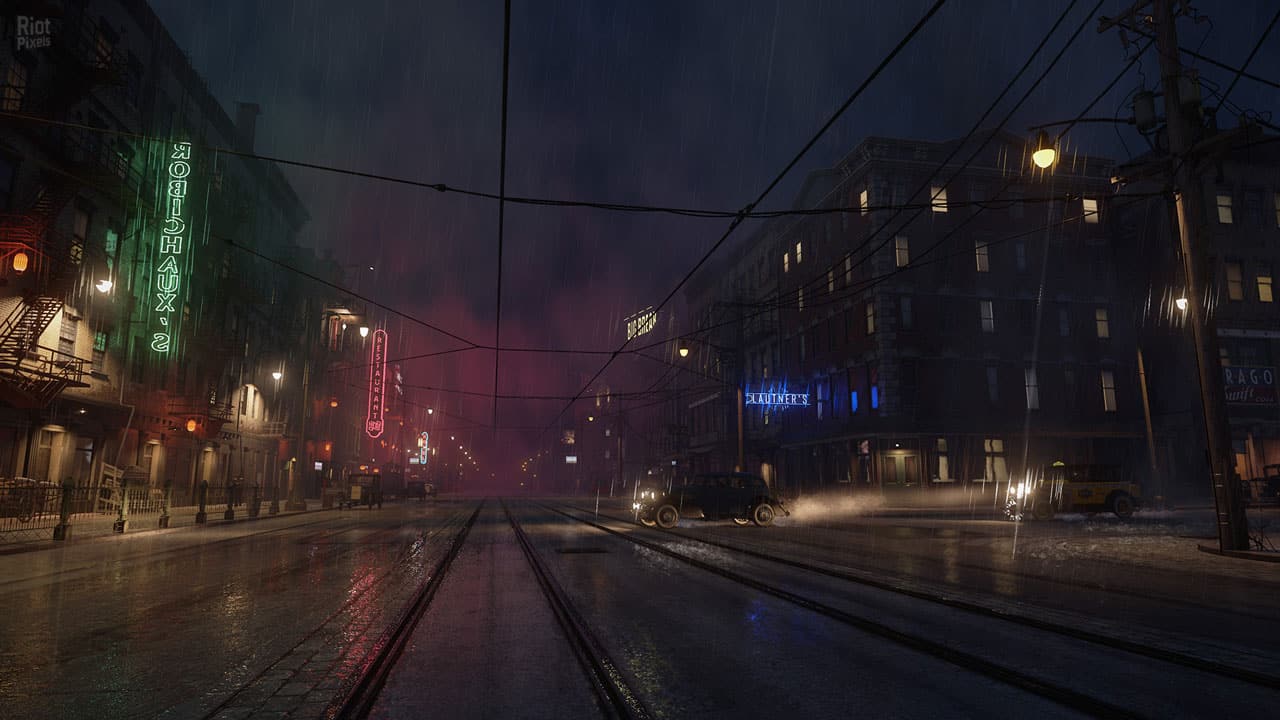 Apart from the brilliant cinematics, voice work and characters, the game shines like nothing else in the series. It is the most visually enhanced Mafia experience and puts Mafia III to shame. Lost Heaven is gorgeous and every district is oozing with personality. Cars shine with polish and ever corner hits the light and shines brightly. Chinatown glows at night with lanterns swinging along a wire. Rain fills the streets with puddles of water that kick up the light when hit at the right angle. Dark alleys and littered with debris, trash and papers.

Hanger 13’s world creation is above and beyond anything they have ever done and Mafia Definitive Edition is a benchmark for their future games. It is not perfect and there are still some visual hiccups which get in the way from enjoying the view. Much of these come from Mafia III such as the strange overlit areas and ghosting effects. They don’t break the game though. I played Mafia Definitive Edition on Normal which seemed the best for the first playthrough. When it comes to the gameplay, the game’s age is clear. The gameplay never changes, Tommy has literally no skills that develop over time, weapons remain basic and the same gunfight I had at the end felt the same as the one at the start. There’s no progression here to enjoy. No skills to decide whether or not to unlock. Nothing of the sorts. You pick up some guns, take cover and shoot as fast as possible to kill the goons standing in the way. It is tough. Even on Normal, healing packs were hard to find, ammo is scarce and Tommy can die in a few shots. It makes the gunplay feel so great and relentless at the same time.

Tommy is often clumsy to control but I mastered him after a while. Taking cover and moving from box to box is cumbersome and Melee combat relies on spamming the same button over and over again. There are some missions that rely on parkour and they can be a little messy. Tommy runs into walls when sprinting and often fails to mantle up an object. However, none of this ever breaks the game and the issues are far and few between. 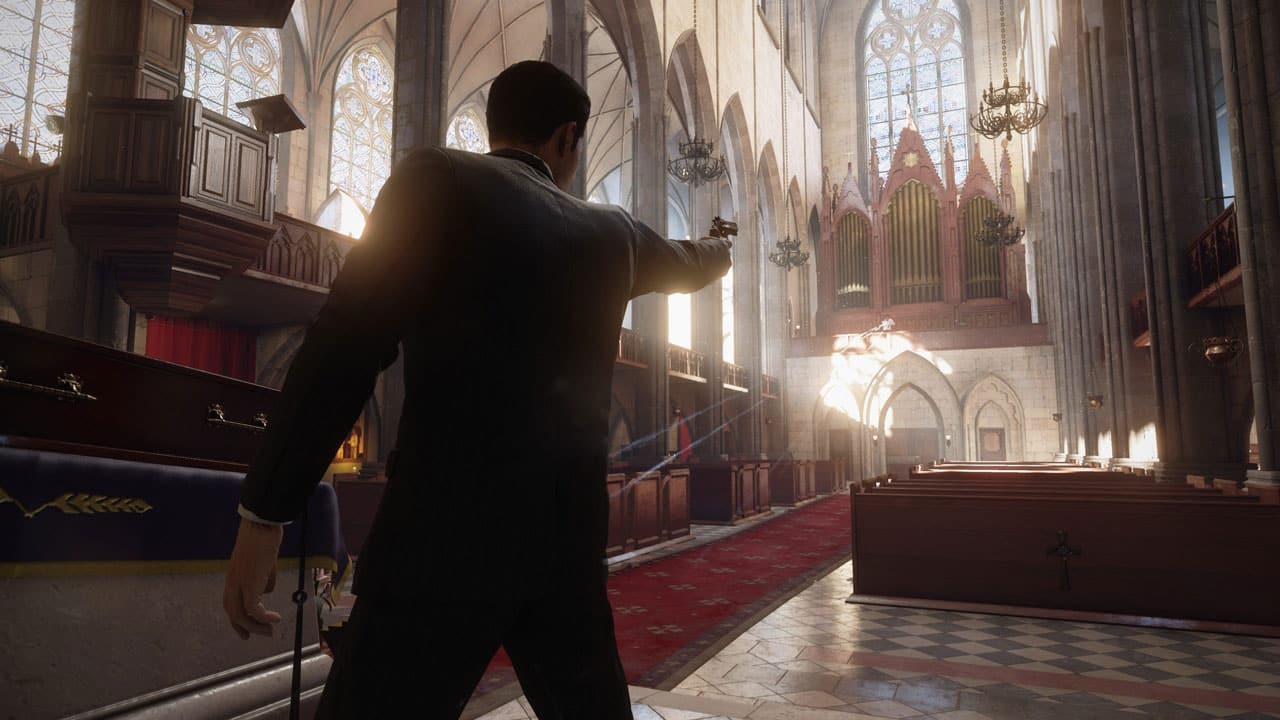 Driving is also pretty much the same no matter the car you get into. It is the 1930s so vehicles are heavy and cumbersome to control. It works for the era and provided some intense chases away from the cops. It took a while to adjust to it all but I slowly learnt to brake way before the time way right, turn like my life depended on it and not hit the street poles because they do not come out of the ground. 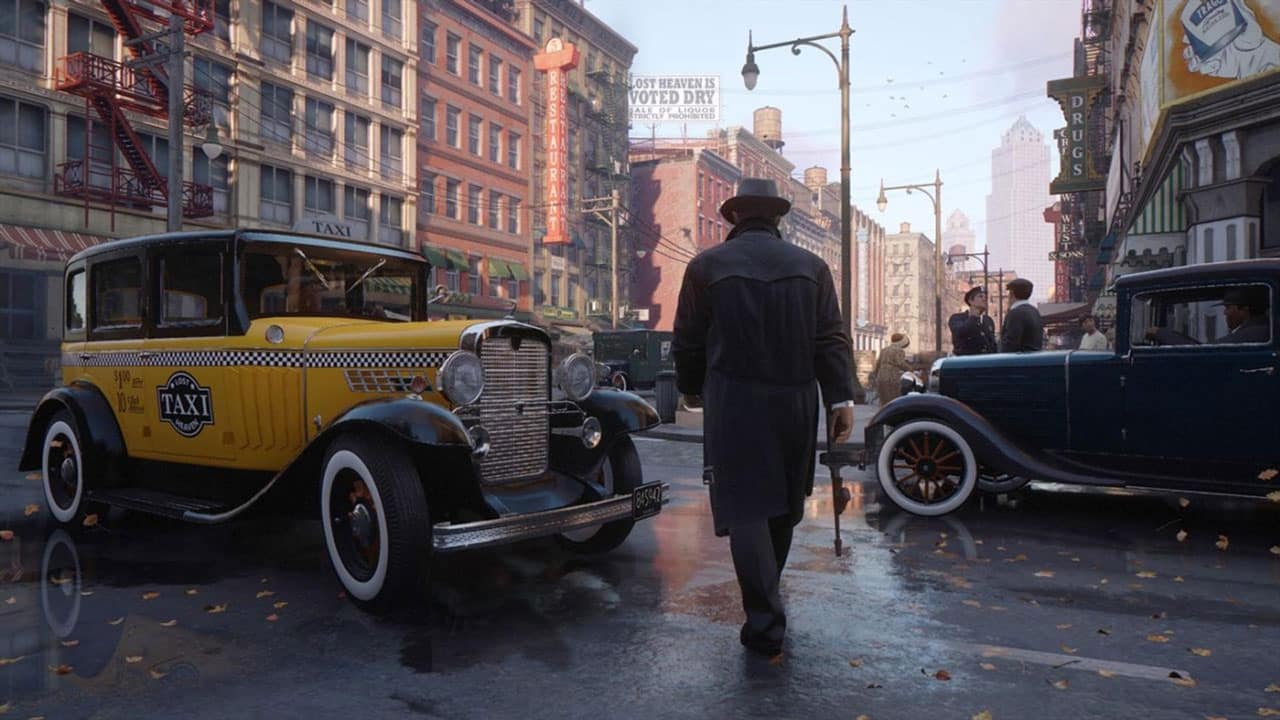 Mafia Definitive Edition is an action game driven by its story and characters and it does a great job presenting this all to the player. It may seem very much the same after a dozen missions but the plot kept me intrigued. It is not the longest game. I finished it within a weekend but there are collectables to find and cars to unlock in the Free Roam mode. I just loved how fantastic it all was. The game is gorgeous to look at and the attention to detail has done the original a world of justice. After a messy Mafia III and II release, we have the best one here and you should experience it.