This weekend marked the first beta phase for Crystal Dynamic’s ambitious new Marvel’s Avengers game. This closed beta was available to pre-order customers only and those only playing on PS4. However, Xbox One and PC players get to jump into the action this weekend before the open beta the following weekend across all platforms. How did the beta fair? Okay, I guess. The Marvel’s Avengers beta brought the heat when it comes to the overall gameplay. The few story missions were top-notch with a glimpse of what is to come. Each hero delivers a fun combat approach and the robust skill tree is addictive and exciting. That does not mean there’s no reason for concern. 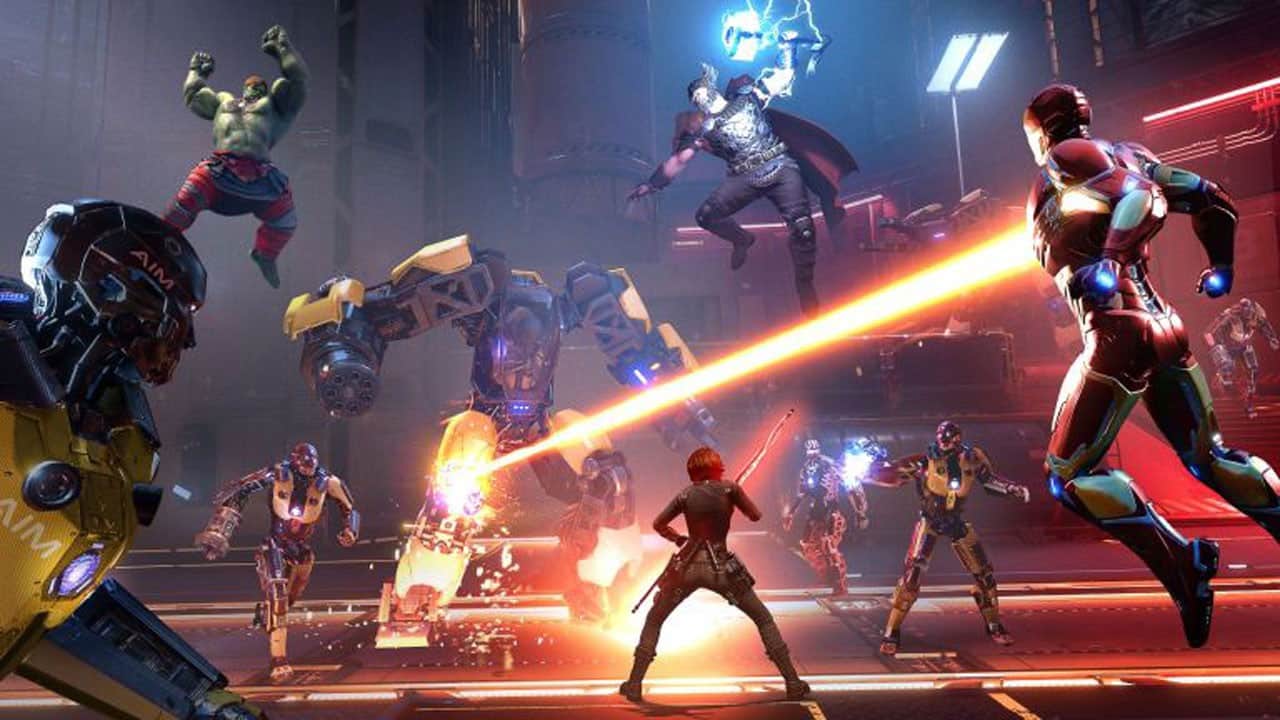 I got some good time with the beta this past weekend. I maxed out Ms Marvel and played a few dozen hours across each available hero. I chose to focus on Ms Marvel due to her upcoming rise in fame in the video game. Out of all the characters available, and more at launch, Ms Marvel has yet to appear in a movie and make her debut across the MCU. She is sort of the underdog right now but in the video game, shes shines bright. The Marvel’s Avengers beta opens up with a taste of all the heroes. Even though Thor and Captain America are not available in the Marvel’s Avengers beta, I got to test them out for a few minutes in the Golden Gate Bridge mission. 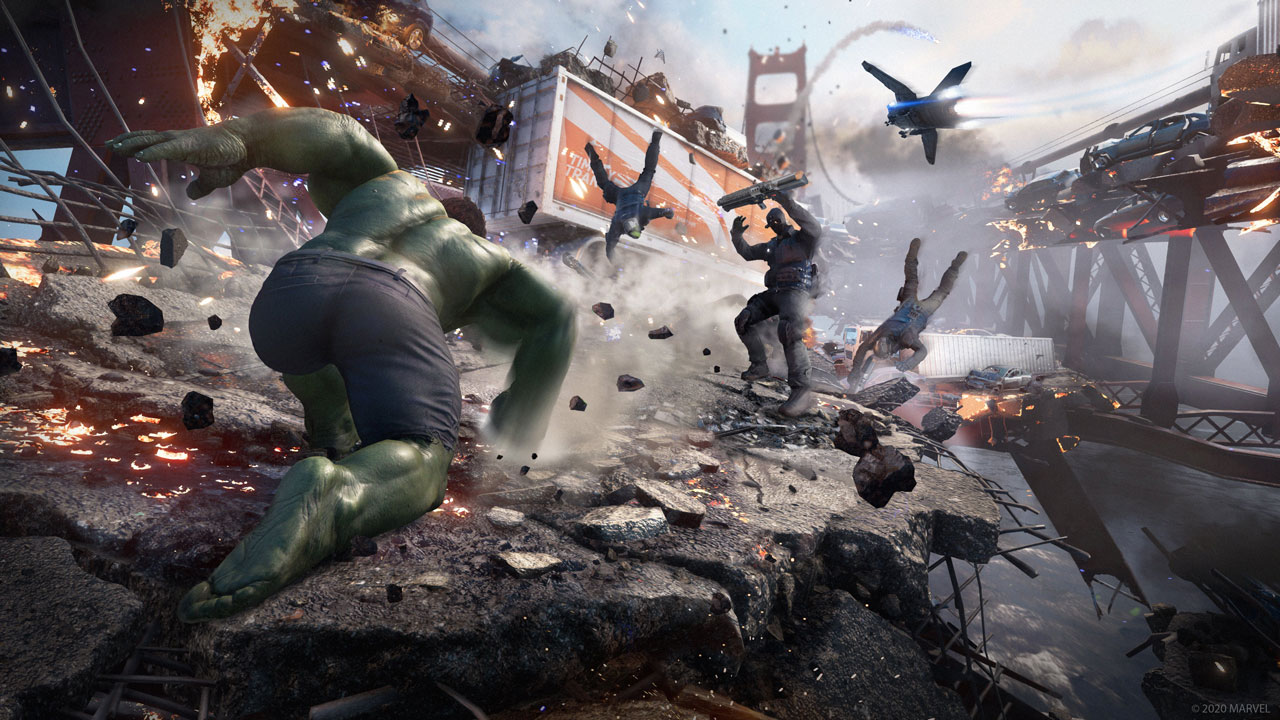 Keep in mind that this opening mission is also a much shorter version of the experience you’ll play in the main game. However, it did a great job throwing me into the action and right away, I thought Thor was one of the best around. His combat style revolves around his hammer as he wallops enemies on the head with is, and can even throw it at an enemy and call it back making sure it flies through another baddie before returning to his hand. But the same is said for all the heroes. If you have seen them in a blockbuster film, their move set is kinda what you would expect. Lots of kicks, punches, shooting lasers and grabbing enemies and throwing them across the room.

Speaking of throwing things around, that’s Hulk’s forte in Marvel’s Avengers. If there was a hero that needs a nerf it is Hulk. Playing with him is almost godly as his powerful stomps and handclaps can send groups of enemies flying. Not to mention his ability to pick enemies up and wallop them on the floor and use them as weapons against other enemies. Later on, his skill set lets him pick up more than one enemy and create even more destruction in his path with bigger combos, bashes and rams. His two abilities revolve around buffing himself with a strength boost while taking aggro from enemies and a powerful charging attack. His ultimate is a crazy-powerful thunderclap that well, just wrecks everything. 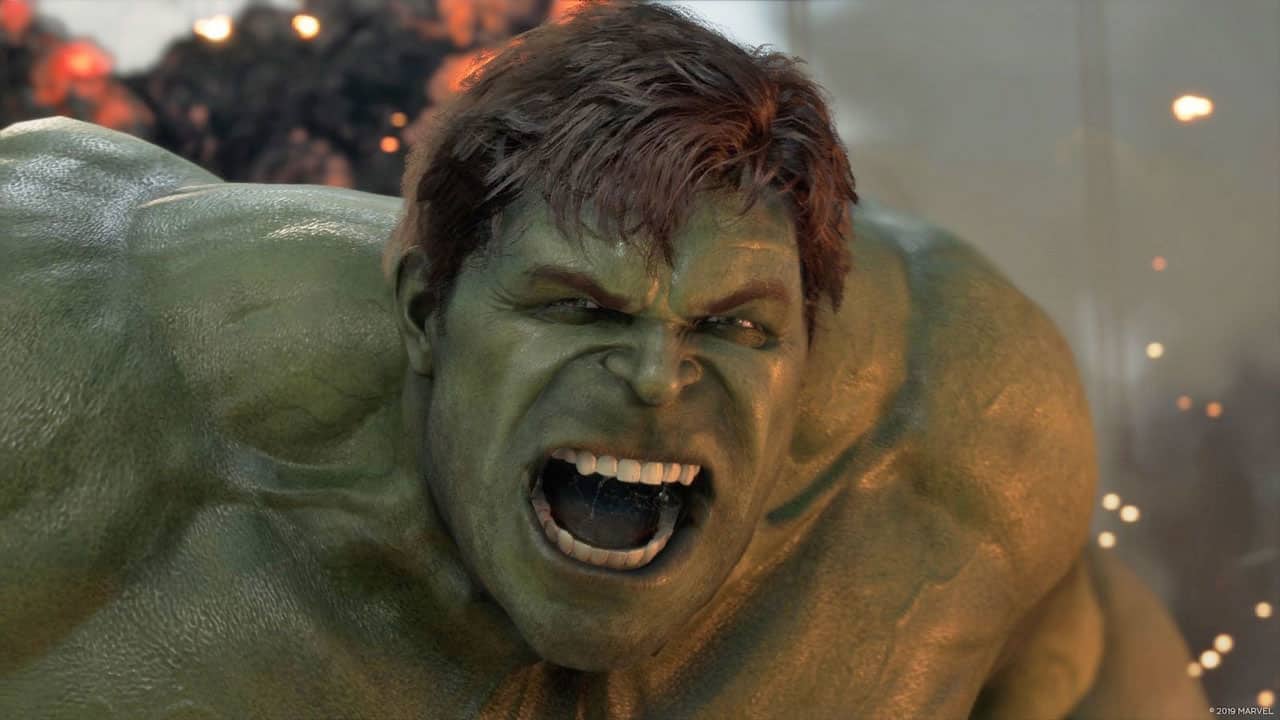 Each playable character in Marvel’s Avengers does a great job delivering a unique combat approach. Iron Man is more of a ranged hero. He can shoot lasers, rockets and other weaponry from a distance. His Unibeam is a powerful-damage dealing attack and of course, his Hulkbuster lets him (or other players) climb into this machine and turn into a robot Hulk for a few moments.

Black Widow is sort of in the middle of ranged and melee. Her skills are upgradable to allow for powerful charges shots from her pistols and even a full auto mode. When she needs to kick ass she has a range of melee abilities at her disposal to beat down enemies. She can also turn her teammates invisible for a short time and shoot out an electric charge that deals damage to enemies in an area. She then turns her batons into a polearm and gets a damage boost for a short time when activating her ultimate. 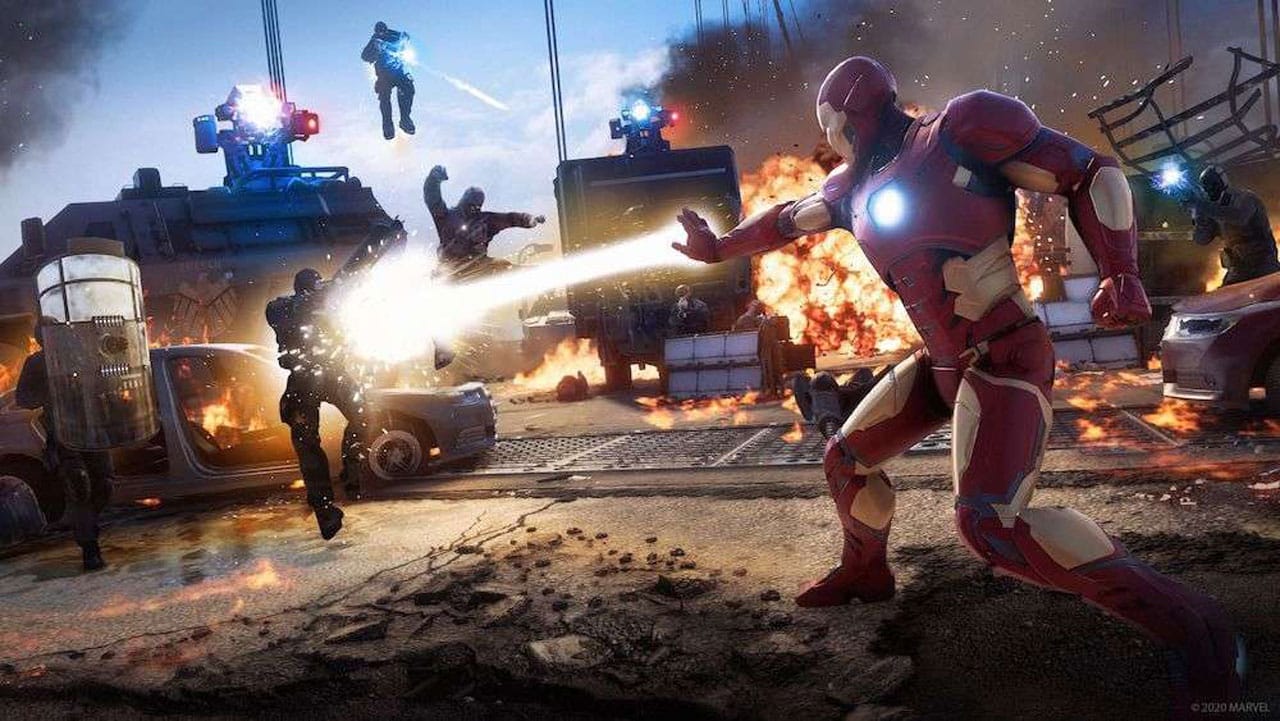 Lastly, we have Ms Marvel. She is fun to play. Her combat style revolves around up-close hand-to-hand combat. Of course, she is all about enlarging her body parts to attack her foes. When holding down R2 she gets bigger dealing more damage. Not to mention her combos are great to pull off as I mashed together a series of buttons to punch an enemy and then end them with a massive kick to their face. She can thrust her giant hand at enemies and even heal her teammates. However, her ultimate is the best as she transforms into a giant She Hulk-like sized human and has access to all her normal attacks with a massive damage buff and more reach.

Take all these great characters, add a load of missions and you have yourself a decent action game. There was something really satisfying about playing with three friends as we all ran across a map. I looked up and saw Iron Man flying through the air, Black Widow swinging across tree branches, Hulk leaping in the distance like King Kong, and I was trying my hardest to stretch my legs as Ms Marvel. It gets better when the combat moments arrive as everyone jumps in and goes to town on the group of enemies. Seeing friends pull off powerful combos while was I was healing them and punching enemies which Hulk tossed into the air was like something straight out of comic book movie. 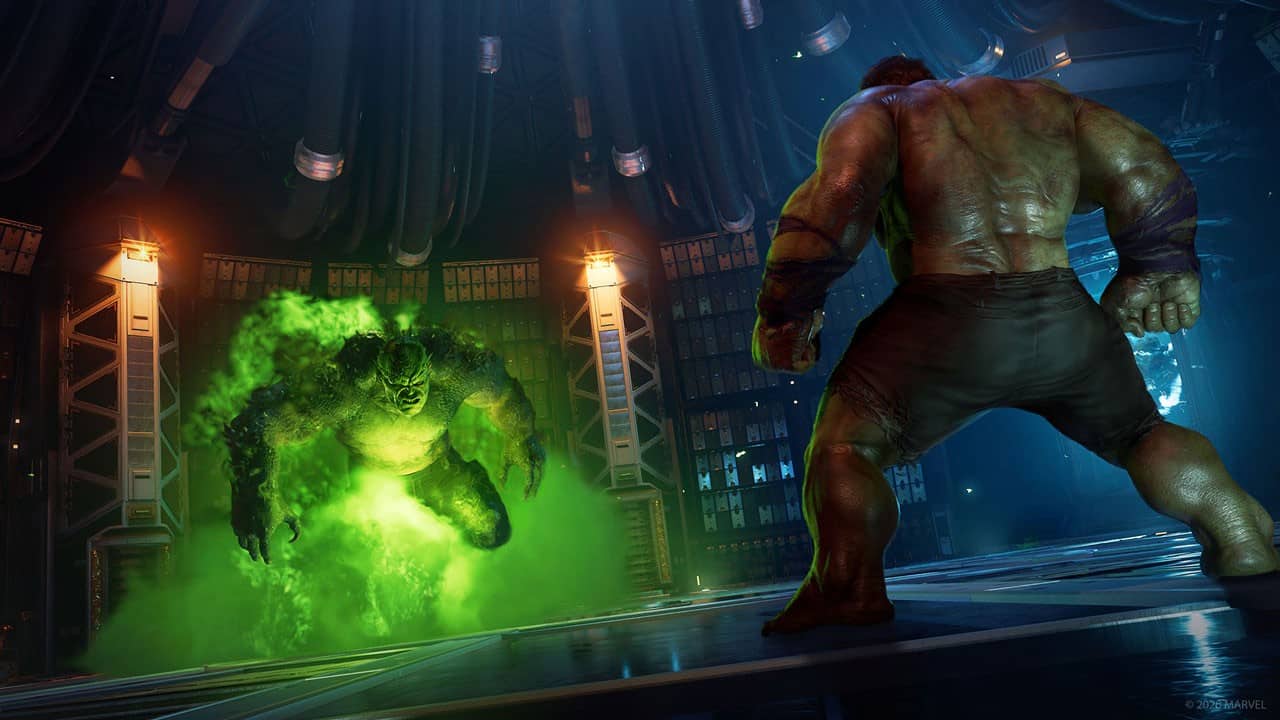 General gameplay is top-notch and there’s a lot of love and attention in the combat and making every character feel so damn great in your hands. Each mission felt brand-new when I replayed them on a different hero. In addition, I had to approach different enemies from a new perspective too. You have to vault over shielded enemies, flying enemies are tough to get to with Hulk so I could grab a chunk of the ground and toss it at them. Not to mention, Black Widow’s pistols helped my team out as I could easily shoot turrets stuck on high walls above. There’s a lot to love here when it comes to mindless punching and kicking and I can’t wait to see how the other skill trees bring out the heroes even more in the full game.

The Bad and the Major Concerns

Of course, the Marvel’s Avengers beta was not perfect by any means. While the game looks like it may deliver a stellar single-player story experience, there’s a lot of concern surrounding the multiplayer aspect of the game and the longevity of it. There’s no beating around the bush here that Marvel’s Avengers is a GaaS (game as a service) experience. This means the game is going to live for a couple of years alongside its player base and evolve with new heroes and story missions. Here’s my issue, Marvel’s Avengers does not feel like a game that I will keep going back to for months on end. There’s no sign of a grind here, and while the gameplay is fun, it was way too easy and increasing the difficulty does not reward you with anything extra. 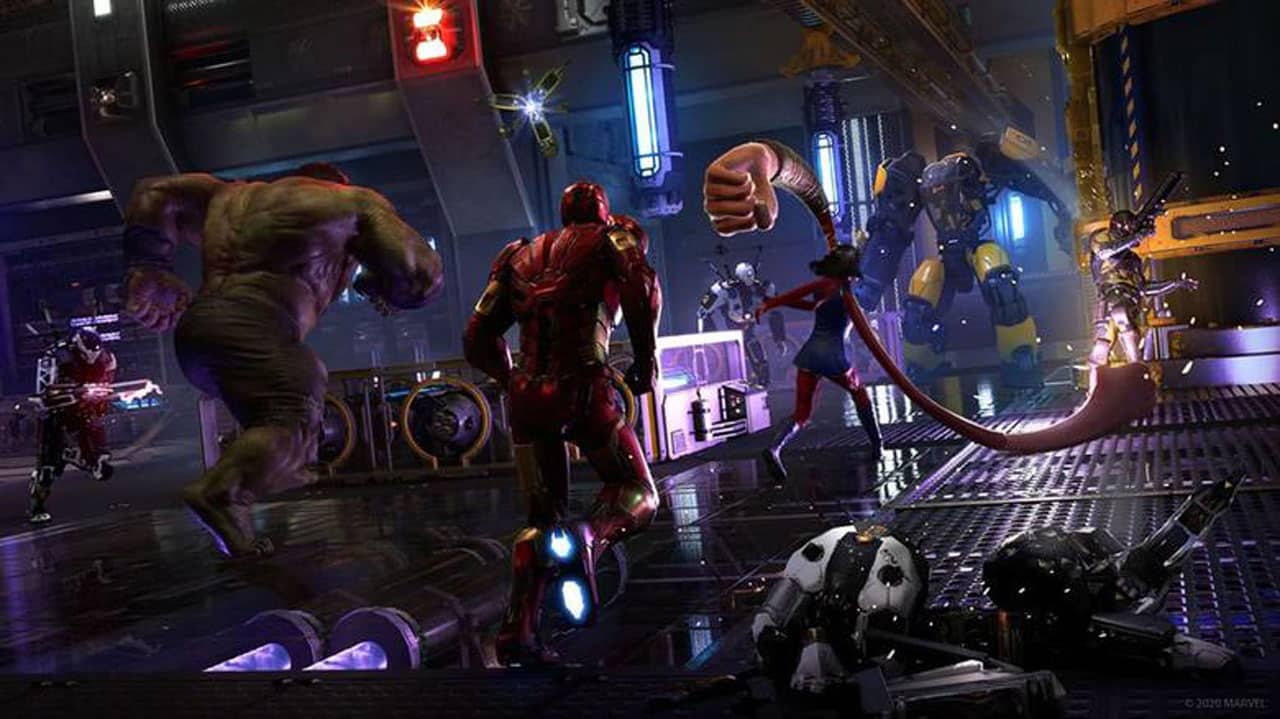 I have some major concerns surrounding the loot, power level system and replayability of missions. Sure, it was a bucket load of fun to play with friends and beat down a giant mechanical machine at the end of the beta, however, even the boss was a pushover. Not to mention that due to the lack of a challenge, these War Zone missions kind of blend together with no real purpose to them. You fight a bunch of guys, do a silly objective and then you’re done. You don’t even break a sweat.

It is Just Way Too Easy

Sure, you can increase the difficulty to each mission but it does nothing to add to the excitement of the game. There are no enemy buffs, modifiers, not extra XP or loot gain increase, nothing of the kind. I was just replaying the same pointless mission all over again to get the same upgrade materials I had an abundance of. Gamers need rewards for their work and especially in a GaaS game. Not to mention that the game, in general, was way too easy. Playing as Hulk meant every enemy and boss was a pushover.

What is the end-game grind for Marvel’s Avengers? There’s no sign of it here at all. By the time I ended the beta I had a handful of characters at max level and power without even trying. So in the full game, you’ll play it for a week or so and then never go back because there’s no reason to? This sort of system does not work for a game that promises more characters and missions as free DLC. Sure, this is just the beta but the warning signs are already there. 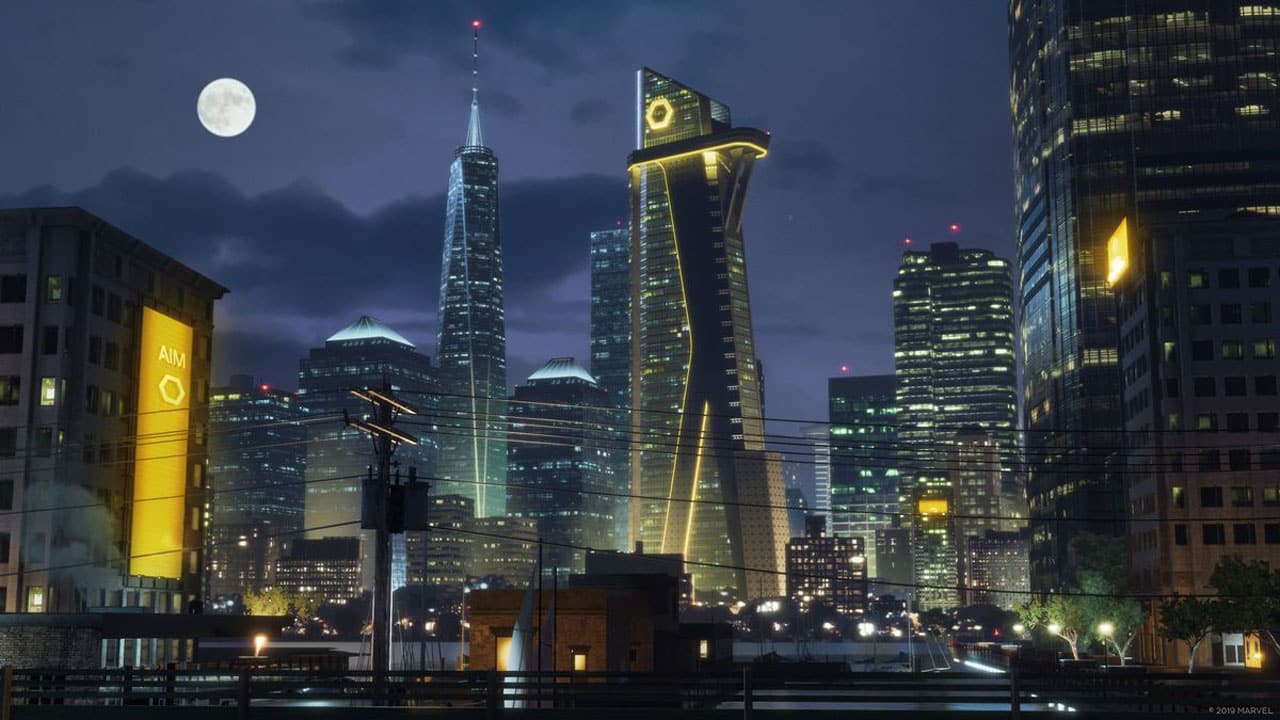 Aside from the lack of challenge and reward, each hero also has their own challenge card. You progress these cards by completing daily and weekly challenges. Now, this is something I can get behind. However, it too is just boring. The challenge card includes a range of dull and pathetic character skins and unlockables. Changing a t-shirt colour for Ms Marvel is not a skin, Crystal Dynamics. It never will be.

I am extremely concerned that the in-game marketplace is where players will find the best cosmetic items for sale. This means the best skins that come from each character’s comic book history might not be available for free. Instead, in-game purchases and the challenge card will offer a range of terrible freebies. So far, I am not impressed by this approach at all. 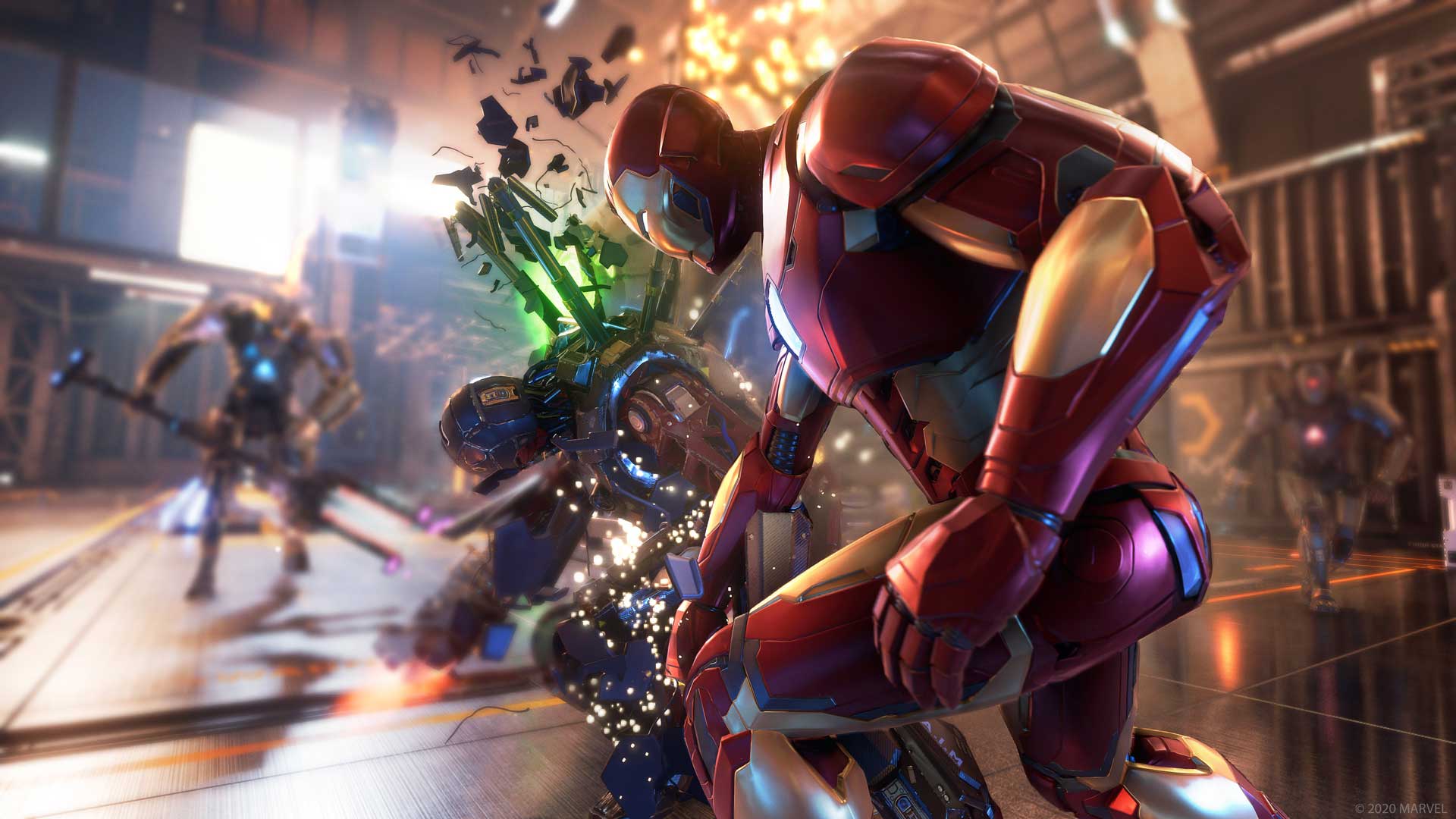 Sure, the Marvel’s Avengers beta had issues with an unbalanced Hulk. However, the major problems lie in the game’s lack of reward and challenge. There’s nothing worse than a GaaS game that is way too easy and fails to deliver reason to keep coming back. Once you play through a few missions, your characters are already overpowered and you can breeze through the rest of the game. Perhaps Crystal Dynamics is trying to give in to this superhero complex by letting players live out their fantasy over being powerful badass heroes. It does not mean that these heroes always win in the movies and comic books that in this video game we never have to experience a challenge of any sort. Yes, Hulk is insanely powerful in the comic book series but in this game, he needs to be on the same level of other heroes.

Marvel’s Avengers is still a few weeks away and a lot can change before it launches on 4 September 2020. I want it to be the game that keeps me busy for months as I grind for powerful loot that fits into my character build, and replay missions over and over again because I can’t beat them. Will that be the case? It does not seem so. I have a bad feeling about this and an even worse feeling about the game’s skins and marketplace.