In many ways, Marvel’s Avengers reminded me of the original Destiny release. Throughout my time with the game, I looked for certain features that just weren’t there. In addition, when the main ended I knew I would have to stick with it for the foreseeable future to truly get the most out of the experience. If anything, Marvel’s Avengers feels incomplete. For every great feature, there’s something terribly wrong elsewhere but it never takes away from the greatness of the game that much.

The lack of quality of life mechanics often gets in the way of enjoying the grind. Not to mention the game has some questionable design decisions that often left me scratching my head. However, throughout it all, Marvel’s Avengers felt like an investment for the future. I know it can only get better. I know the future content looks bright and promising. Most importantly, I know the small issues are fixable with a simple change. Is it the best time to play the game? No. I cannot help but feel that jumping into this experience 10 months down the line may provide a better game than its current form.

Again, all this reminded me of Destiny. At launch, it wasn’t the best game to play. We then had times when the content was phenomenal and times when it was a train wreck. I see history repeating itself here with Marvel’s Avengers. The campaign, while feeling rushed and ridden with plot holes, sets up the universe for much greater things to come. In addition, the playable characters can only grow from here too. Not to mention, the game’s locations are endless and the possibility for future content makes me excited. With that said, all this “future content’ may prove to be a little too ambitious for Crystal Dynamics. We already have two very identical heroes arriving two months apart. This is a sure warning sign that the developers may play things safe resulting in the game’s demise.

Throughout it all, Marvel’s Avengers is a fantastic action game. Its main campaign delivers some exhilarating moments. This is all backed up by some gorgeous set pieces and a roster of heroes that I grew to love. Yes, even Captain America who I am not a fan of. It is a classic “getting the band back together” story where the Avengers reassemble to take down AIM and MODOK. Throughout the campaign, story elements come to light which may lead to future content. Other non-playable Marvel characters make their appearance adding to the whole “universe” appeal. If anything, the campaign lays the foundation for everything to come and even though most of it feels rushed, I could not help but get excited about it all. 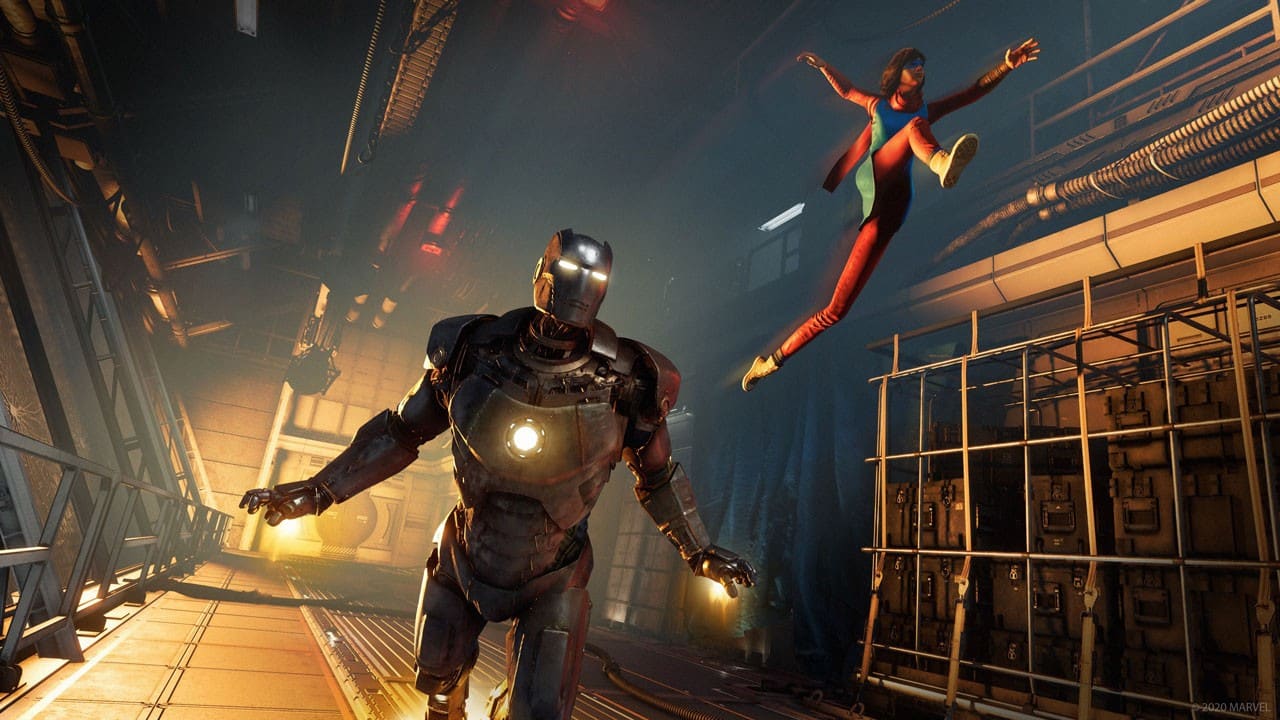 Then there’s the star of the game Kamala Kahn. It is the first time Ms Marvel has taken the centre stage in a Marvel video game and it is about time. She not only brings a fun combat approach to the game compared to everyone else but her lead role is pure joy to watch on screen. Kamala manages to light up every moment with her loving and upbeat personality. Not to mention her character growth is delicately layered and exposed during the vital plot points in the game. Let’s just say the other heroes take the backseat and it is refreshing to watch.

When it comes to gameplay, Marvel’s Avengers hits the nail on the head. It feeds that power fantasy of taking control of a Marvel hero and that alone carried the game through even the most boring of missions. Every one of the six heroes felt completely unique and extremely satisfying. If it was Thor and his “clonk” of his hammer bashing against the steel AIM Exo enemies. Iron Man and his laser bursting out of his hand while shooting a drone in the sky or Kalama slapping he overgrown hands together squashing enemies between them. The best part of six heroes was the need to adapt and master them while levelling up, equipping gear to the build I was going for and learning new skills along the way. Each hero includes a robust skill tree which eased me into the gameplay as I controlled each one. The game also made sure I played each a hero a good amount of time before tackling their “end-game” builds. The skill trees slowly unlock as you level up and the higher your level, the more advanced a character build can be. Kamala, for example, include a large focus on air attacks and healing which get further enhanced in the “Master” tree. I then decided to look for a damage boost build which activated every now and then further increasing her aerial attack power.

The progression works and I felt the changes as I played the game. Black Widow, for example, can get a massive buff to her guns which felt weak and pathetic at the start of the game. So much so that I never used them. However, the right gear and skills turned them into a killing machine with a massive critical hit boost to damage. I can only imagine how the other heroes adapt and grow as the months go by. 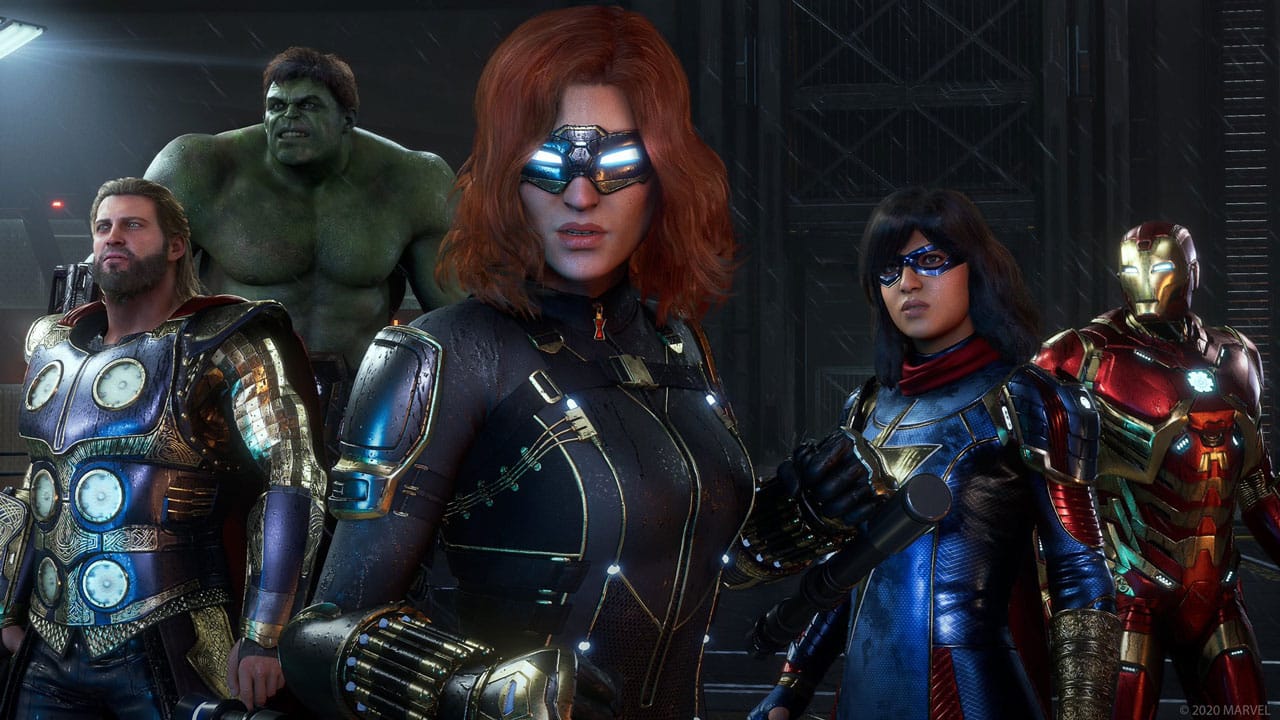 Content in Marvel’s Avengers is often a hit or miss. The main campaign makes sure to deliver the fun and every hero includes a somewhat enjoyable questline to complete. However, the real padding and grind for gear revolve around completing dull missions which go nowhere. There are three bosses in the game which rotate daily and after beating them twice they lose the fun. The other missions force you to return to the same locations over and over again.

The thing is, you need to play these to gain XP and get better loot. However, these missions, which often revolve around controlling a point or smashing a generator, go nowhere. They are a little bit fun with friends but if it was not for the addictive combat, there would be zero reasons to play them. Enemies, even though they look different, also start to blend in together and offer no unique combat methods other than bashing a shield a few times. The game needs some variety here and missions worth doing. Not just the “go here and smack this”. We then have a lack of quality of life features too. Every character includes a free battle pass-like Challenge Card which progresses by doing daily tasks. These tasks, like the bounties, rely on killing certain enemies a certain way or picking up certain gear upgrading items. However, they cannot track and don’t pick up when you perform a certain action. This means you need to go into your menu every time to see how far you are on the task. It is 2020? Surely you can add a tracker to the pause menu?

We then have other major issues I discovered. Problems include the inability to drop into a friend’s game while they are in a mission too. This forces you to wait for them to finish or they need to stop what they are doing and restart it if you disconnect. The cream on the top… When killing a boss in a villain sector, they drop gear but you lose control of your character the moment they are defeated. This means you cannot go pick that gear up before the mission ends. That gear does not go to your locker meaning it is gone forever. What was Crystal Dynamics thinking? Gosh… 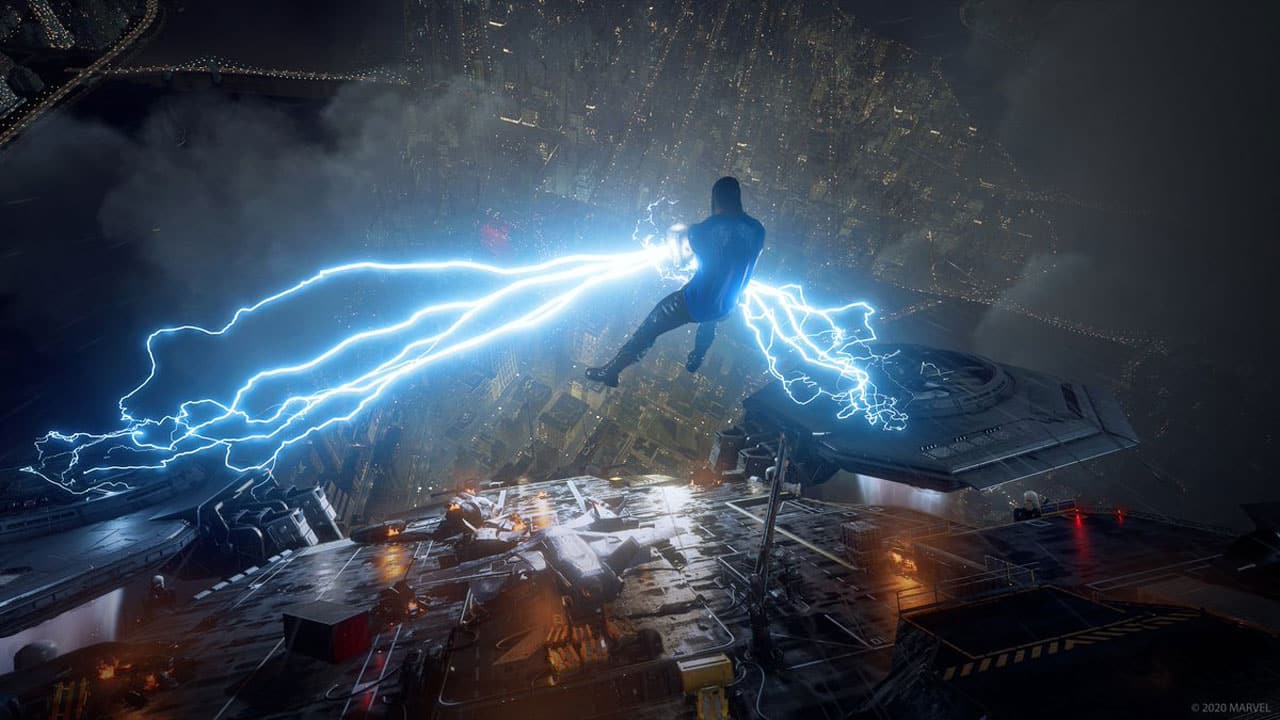 These issues were just a few which grated my gears. I don’t know how the game was tested without someone pointing them out. They are not only frustrating but they also get in the way of progressing your character. Just like the boring missions, this needs the same amount of attention.

For those of you saying Marvel’s Avengers looks like a PS2 game, you cannot be more wrong. The game is one of the most beautiful experiences of 2020. Every cutscene is wonderfully rendered every area is highly detailed the overall visual aesthetic is one to gawk over. There’s a lot of love here to look at. Even the small details such as the stitching on the costumes wowed me. You are getting a gorgeous game here so expect it to hold up as we make our way into next-gen. 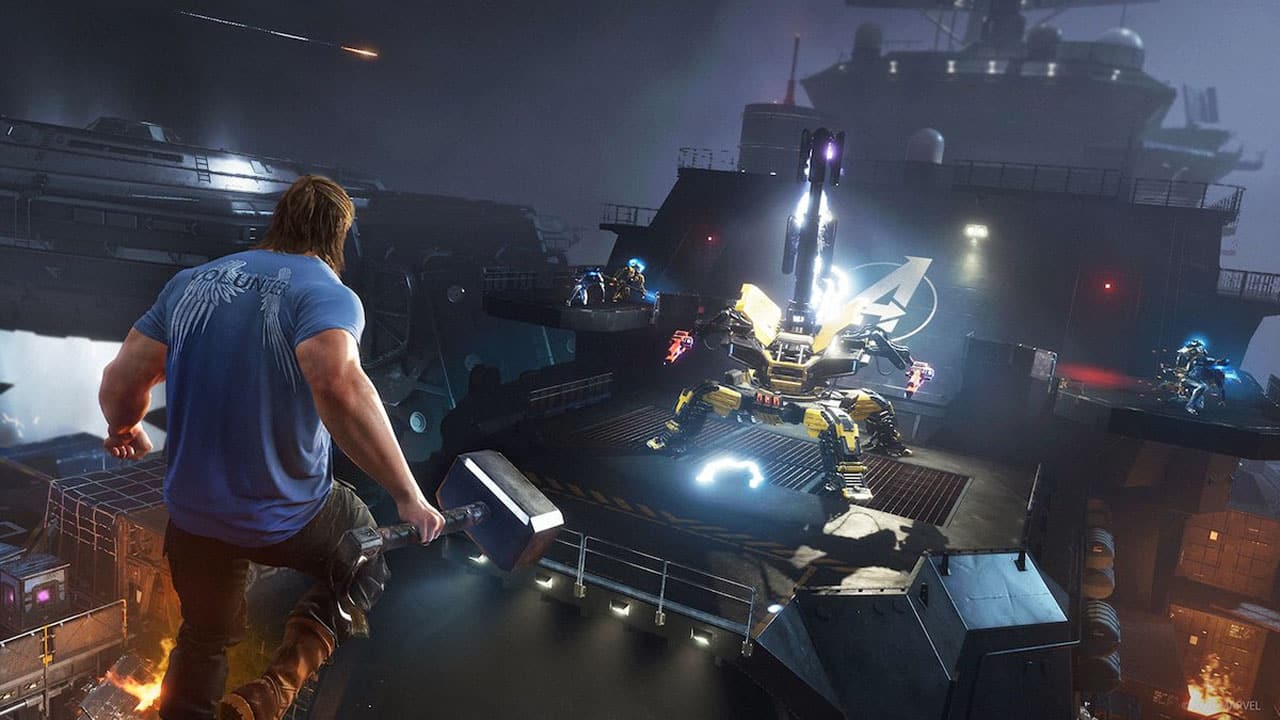 Then let’s talk about microtransactions. Marvel’s Avengers includes two currencies; you get Credits throughout the game by completing Challenge Cards or buying with it with real money. We then have Units which you get by just playing the game. You use Units to buy cosmetics at a vendor in the game and are not purchasable with real money. Needless to say, both currencies are a massive grind. Units trickle in from bounties and missions. After playing the game for a week I had a measly 5k. Not even enough to buy a 7k legendary Thor outfit. Credits, on the other hand, are purchasable with real money or obtained through the Challenge Card. It is possible to unlock 9k Credits this way but it is going to take you months of playing daily to complete the card for each hero.

So is Marvel’s Avengers a good game? Yes and no. As I mentioned before. This is the type of game you invest in and expect to see grow as the months go by. It needs work in all departments but the most important of all, the combat, is perfect. This alone makes it a damn fun game to play. You just need to put up with dull mission chains and some incredibly annoying missing features. With raids, new heroes, and new content promised in the months to come, Marvel’s Avengers could be great. We just need to pray to the gaming gods that the developers work on the issues.

This Marvel’s Avengers review is based on a code sent to us by Square Enix.