Marvel’s Midnight Suns was announced last week during the Gamescom Opening Night. However, the reveal was a cinematic trailer with no gameplay so fans had no idea what the game looked like. Thankfully, Firaxis shared our first look at the game’s combat system and the wide range of Marvel characters available in the game.

Before we get into it you need to prepare yourself for something quite different. As you know, the team behind Marvel’s Midnight Suns are the same people who worked on the XCOM series. So don’t expect a Marvel’s Avengers experience here. Instead, Marvel’s Midnight Suns is a tactical card-based game where players use decks they build to defeat their enemies.

The gameplay shows off a handful of cards positioned at the bottom of the screen. This is sort of where players would see the XCOM ability bar in the past games. You can guess where this combat inspiration came from. Players will gain new cards that act as each hero’s abilities in Marvel’s Midnight Suns. Strategy and team management will go hand-in-hand to create an exciting tactical combat experience with a new Marvel flair.

Each character in Marvel’s Midnight Suns gets their own deck of cards tied to flashy abilities. These range from buffs to superpower attacks. At the start of each stage, players flip up to six cards from their deck. When it is your turn, players move around the level in a limited radius depending on the hero. You then play up to three cards which determine the outcome of the battle. Some cast spells, some buff your team and others cast debuffs on your enemies.

These cards also have their own unique attack pattern and radius. Some attack in a straight line for a certain distance while others slam in a circle ahead of you. Certain powerful cards also deplete your hero bar while others are classed as “basic” attacks and can be used anytime. 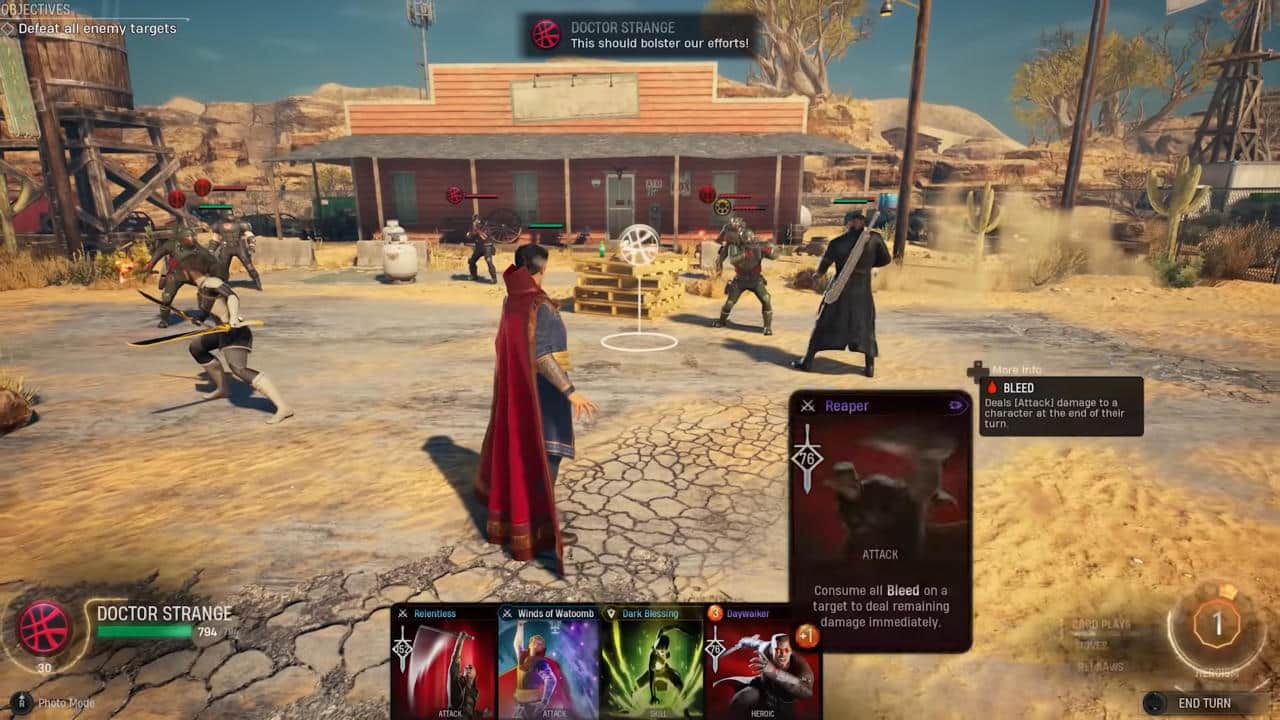 The maps in Marvel’s Midnight Suns are also packed with opportunities to create different combat encounters. Players can toss enemies off ledges, blow up barrels and use different vantage points to get the jump on their foes. The encounters you see in the trailer are also tied into the Marvel universe such as the Avengers Tower, Dr Strange’s Sanctum Santorum and more.

Unlike Marvel’s Avengers that restricted cosmetics to in-game purchases and outfits based on the comic books, Marvel’s Midnight Suns includes a deep cosmetic system. Players can customize their heroes and find new appearance options throughout the game. 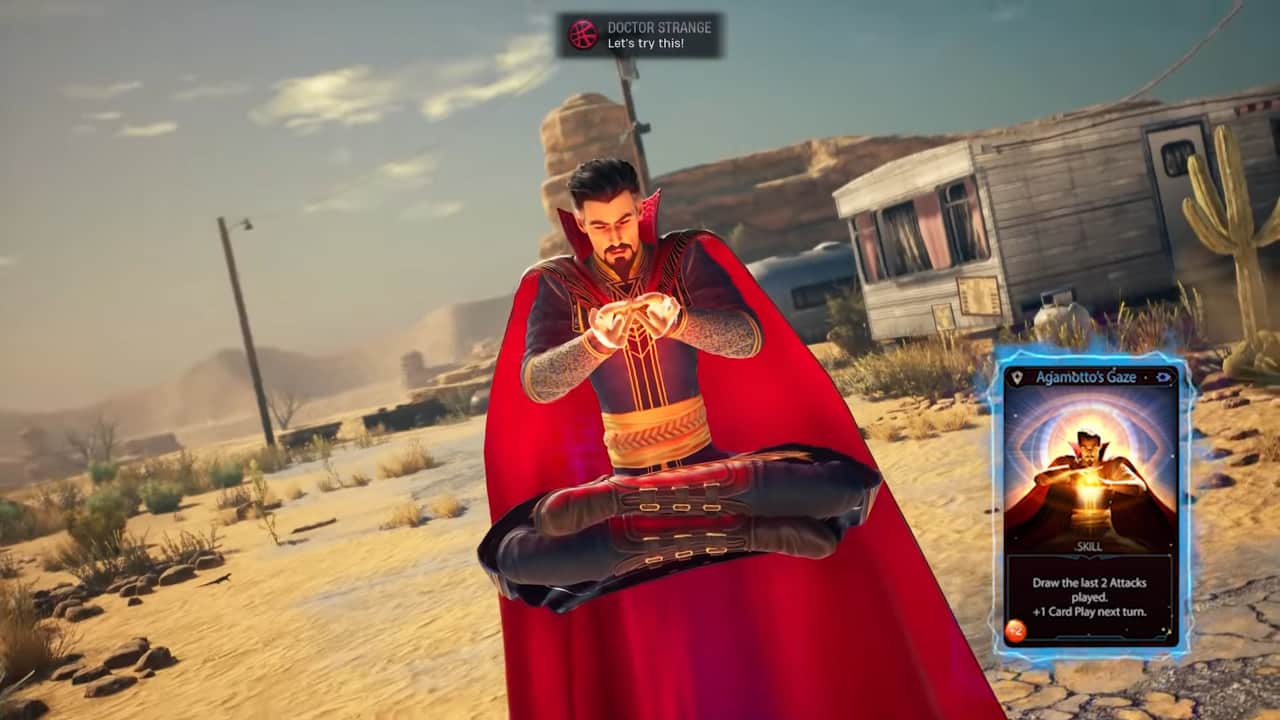 Marvel’s Midnight Suns includes a social area called The Abbey where your superheroes relax and take a breather between missions. Players can interact with them and chat about the missions and past Marvel comic stories. You can also upgrade your team, put them to train or just sit back and watch as they all act super chilled while also living in their iconic actions.

There is still a lot of questions we have about Marvel’s Midnight Suns. One of them is regarding in-game purchases. So far, the game includes a range of currencies including Attack Essence, Heroic Essence, Skill Essence, Blueprints and Artifacts. Firaxis says Marvel’s Midnight Suns will include in-game purchases but they are limited to cosmetic options only. We will have to see how this works out in the end.

We also don’t know if the game will carry over XCOM’s permadeath feature and whether or not the heroes will die forever if you lose them in combat. Still, the game is looking quite interesting. It is a change for the series and we are excited to get our hands on it in March 2022. Marvel’s Midnight Suns is in development for PS4, PS5, Xbox, PC and Switch.