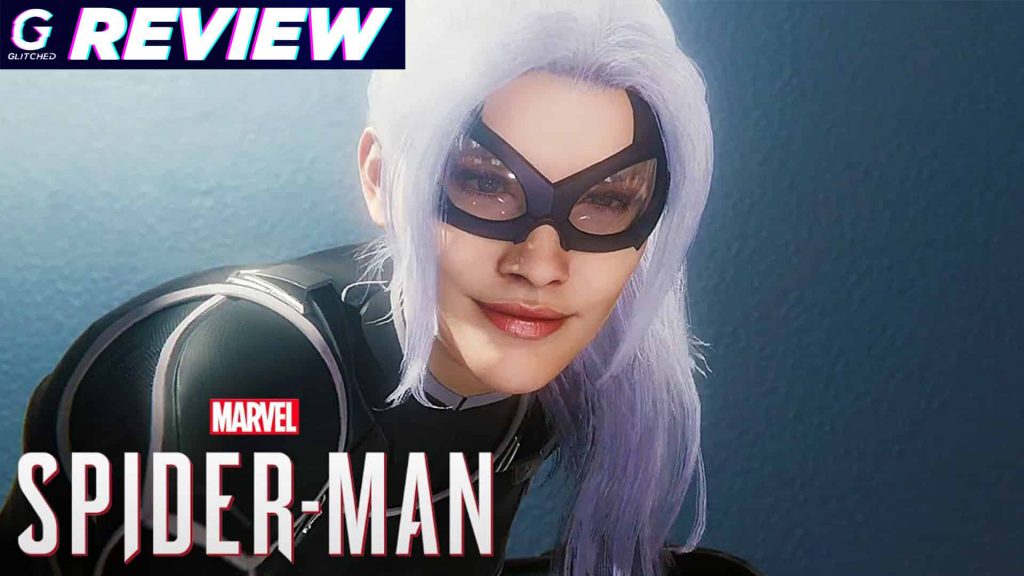 The first DLC for Marvel’s Spider-Man dropped yesterday in case you didn’t know. It gave me a reason to get back into the swing of things as everyone’s favourite neighbourhood spider. As the first part of the City That Never Sleeps DLC package, The Heist focuses on Black Cat and, you guessed it, art heists. To access the DLC, you need to go to your savegame and select “The Heist” specifically, which throws you into the action as soon as the loading screen disappears.

Everything we loved about Marvel’s Spider-Man is still there, from the amazing movement to the quirky chirps from Spidey as he takes down enemies, helps a soon-to-be-retired policeman and just continues to shine as the awesome hero we know so well. It simply felt so great to be back that for half an hour, I just swung around the city and basked in all its glory. However, I knew there was a new story to discover, so after a while, I made my way (stylishly mind you) to the first objective, an art museum heist.

In the base game, we had a side activity focusing on Black Cat where you had to take pictures of cat dolls left throughout the city. This time around Felicia Hardy makes a memorable appearance as the focus of The Heist. The story revolves around Black Cat, her family history and some art heists taking place across the city. It also introduces a new criminal faction called the Hammerheads but there aren’t any unique properties to these enemies. 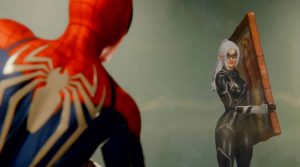 The Heist DLC took me through through some twists and turns with a well-paced story. Spidey’s frenemy and past love-interest make for a refreshing story arch and banter. Couple this with fantastic cutscenes and I simply didn’t want to put the controller down. The Heist throws together a few awesome moments where Spidey teams up with another character and a new villain also makes an appearance, providing players with Taskmaster-type challenges. Best of all, there’s only one forced stealth sequence and it was actually quite refreshing. However, the standout set piece for this DLC has to be a chase sequence, but I won’t spoil that one for you.

Three new suits, including our personal favourite, the Resilience Suit, can also be unlocked during the course of the DLC. These suits don’t add any special new powers to the game, which is a bit of a let-down. The gameplay from the base game doesn’t change, but in the case of Marvel’s Spider-Man, that might be a good thing. I never felt as if I needed new abilities or gameplay mechanics as the game already has enough for you to dispatch even the toughest of foes with ease if you are quick enough. 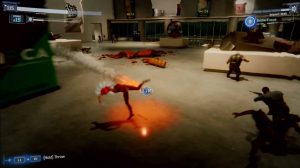 Although the story is great, it is also quite short and if you don’t mess about the city, you can probably complete it in a couple of hours. I, for one, took my time to look for stolen paintings and completed the new challenges thrown at Spidey by a new villain that comic book fans might recognize. Defusing bombs with Spider-Bot was a fun new activity thanks to new crimes popping up throughout New York.

If you liked the Circuit Board puzzle types in the base game, then you will be glad to know that they are incorporated into The Heist DLC. Unfortunately, there aren’t any new puzzle types for players to solve, but the old ones are blended in very well and make a lot of sense in the situation. One early example is where Spidey first needs to find partial fingerprints of security guards, then throw them all together and hack a museum security door. 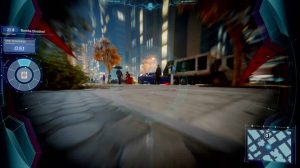 It’s all very familiar if you have played Marvel’s Spider-Man and although Insomniac doesn’t add anything new, it doesn’t really feel as if they needed to in order to make the DLC worth it.

The DLC uses much of the game’s map for some new side-content to play through such as defusing bombs while controlling the Spider-Bot. The Heist DLC also delivers more of the same stellar combat and movement, making it an experience we enjoyed. Then, there’s also J. Jonah Jameson who comments on the art heists and Spidey’s presence at the scenes which is always great to listen to while you swing about the city.

The biggest issue with The Heist is that I wanted more of it, a lot more. The DLC has a relatively short story and can be completed in less than 2 hours. Doing some additional tasks not needed to further the story and reviving my addiction of swinging around New York did pad the experience by quite a bit.

In the end, The Heist gave me a reason to go back to Marvel’s Spider-Man. As The Heist DLC is part of a larger, three-part story, it’s hard to judge how good the entire package will be, but The Heist does end in a way that makes us excited for the next DLC. Since the DLC isn’t all that expensive at R129 on the PlayStation Store, I feel as if Insomniac delivered just enough content for the price, but some might disagree on that.

Sillicur
PrevPreviousRDR2 Companion App Can Help You Hide from the Law & Hunt Down Enemies
NextFortnitemares Unleashes in Fortnite Battle Royale: What You Need to KnowNext