Marvel’s Spider-Man: Turf Wars is the second DLC in The City that Never Sleeps package for Insomniac’s amazing Spidey outing. I reviewed the first DLC, entitled The Heist, back in October when it released and gave it a solid 8/10 score. With Turf Wars, Insomniac has upped their game and hit the nail on its head in terms of DLC content. Right from the start up until the final fight, it was clear that Turf Wars is yet another great addition to Marvel’s Spider-Man.

After the events of The Heist and the disappearance of Black Cat, Turf Wars focuses on Hammerhead as he plunges the city into a war. Hammerhead makes a strong appearance at the start of the DLC and his goal is clear, eliminate the mobsters of the Maggia family and gain full control of the criminal enterprise.

This also pushes the game into a more serious direction as cops are dying all over the place, which led to my favourite thing about the whole DLC, Yuri. Police captain Yuri Watanabe didn’t play too big of a role in the base game as she was normally just a character over Spidey’s coms, but in Turf Wars, her character is put to the test. Spidey’s relationship with Yuri becomes a bit unstable and Yuri goes ballistic after some events take place. Couple this with an overarching urgency in all the missions and you get a nail-biting experience from start to finish. 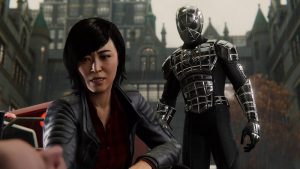 Hammerhead, unfortunately, doesn’t make many appearances throughout Turf Wars, only showing up right at the beginning and at the end with an awesome set-piece where Spidey needs to fight through multiple, challenging objectives.

Speaking about difficulty, Turf Wars is definitely end-game content for Marvel’s Spider-Man. In fact, it is so difficult that even after easily finishing the main game and The Heist, I got wrecked over and over again, thanks in part to the new enemy types. You see, Hammerhead’s men use Sable tech and they are quite deadly. There’s a big brute with a weapon that I can only describe as a laser machine gun, then, there’s an enemy boasting a shield, a jetpack and a devastating ability which disables Spidey’s tech for several seconds at a time. Turf Wars sees you fighting enemies for 10 minutes at a time as one mistake can mean your end and objectives that press you to react quickly make the DLC extremely difficult at times. 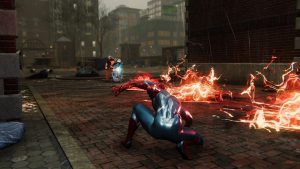 I was a bit concerned that it would take me hours to get back into the swing of things since my last outing as Spidey, but since the game’s controls and Spidey’s movements just feel so natural, it took me less than 10 minutes before I felt like a friendly neighbourhood spider yet again.

Traversal and combat both feel as good as always and it is a joy just swinging around the city, or down a tonne of baddies. Just like in The Heist, Turf Wars does not add any new suit powers, which is a bit of a let-down, especially since there are three awesome new suits collect, including the original Iron Spider Armor, the Spider Armor MK1 (the game now has all MK armors) and last but not least, the Spider-Clan Suit, which has a cell-shaded effect.

Unlike The Heist, there aren’t any slow, stealthy M.J. missions as you only play with Spider-Man in Turf Wars, which is a good thing in my opinion. You do speak to M.J. over coms and help her get info for an article she is writing about Hammerhead, but that’s about as far as the interaction goes. 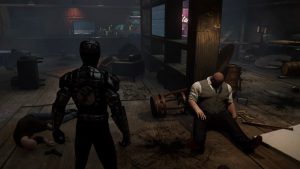 As mentioned earlier, the story feels more serious and that is shown in every aspect of the game, from time-sensitive missions to more on-screen deaths. That doesn’t mean Spidey doesn’t throw out some comical quips at times or that J. Jonah Jameson doesn’t make some ridiculous conclusions over the radio, but those are few and far between.

Instead, Insomniac focuses more on serious issues and Spidey gameplay with Turf Wars and it works. Marvel’s Spider-Man: Turf Wars has quite a lot to do as well, from clearing out several Hammerhead operations bases to taking on more Screwball challenges. 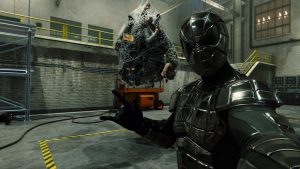 Then, there’s also new crimes, where Spidey has to protect witnesses or even a convoy of mobsters as they get escorted by the police. All these elements make Turf Wars a meaty package, especially when you consider that the fights are more challenging than ever before. 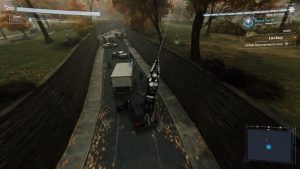 There are some times that the Turf Wars slows things down as you use Spider-Bot to investigate an area for clues, or when you have to listen in on conversations to take the story further. However, these few slowdowns didn’t detract from the experience at all, as they came as a welcome break from the constant action and awesome set pieces that pushed me to my limits. 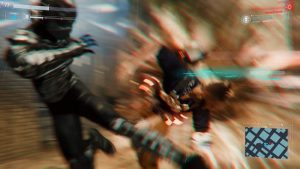 Marvel’s Spider-Man: Turf Wars is a step up from The Heist with new enemy bases to take out, which was one of my favourite parts the base game. Hammerhead is quite an interesting villain and I would have liked to see a little bit more of him. However, the one thing that really stood out for me was how Insomniac developed Yuri and her relationship with Spidey, which kept me entertained throughout the DLC.

The DLC story should last you about 2 hours if you rush through it and play very well, but I spent over 7 hours swinging about New York, completing new Screwball challenges, taking down enemy bases and simply having a wonderful time yet again with Marvel’s Spider-Man.

In the end, Turf Wars is a decent piece of DLC content worth the asking price. It delivers some exceptional endgame content filled with challenging encounters, great set-pieces. With the bar raised, I simply can’t wait to experience the Silver Lining finale of The City That Never Sleeps.