Anyone who has played the original Mass Effect trilogy will know that the games and everything they stand for will forever go down in history as one of the most superb collections in gaming. Back in 2007 BioWare took a risk and released a brand-new IP which merged third-person shooter combat with deep RPG roots all set in a sci-fi universe. Not only did they craft an unforgettable adventure that spanned three games and multiple additional stories but the series is now a phenomenon. This year players will be able to experience the masterpiece again in the upcoming Mass Effect: Legendary Edition and BioWare aren’t holding back when it comes to how far they have “remastered” the trilogy.

I recently got to sit down with a handful of BioWare staff who are currently working on the project. This included project director Mac Walters, environment and character director Kevin Meek, and producer Crystal McCord. The trio shared the process of delivering the Mass Effect: Legendary Edition to the level it is at today and the challenges they faced while going through the development. 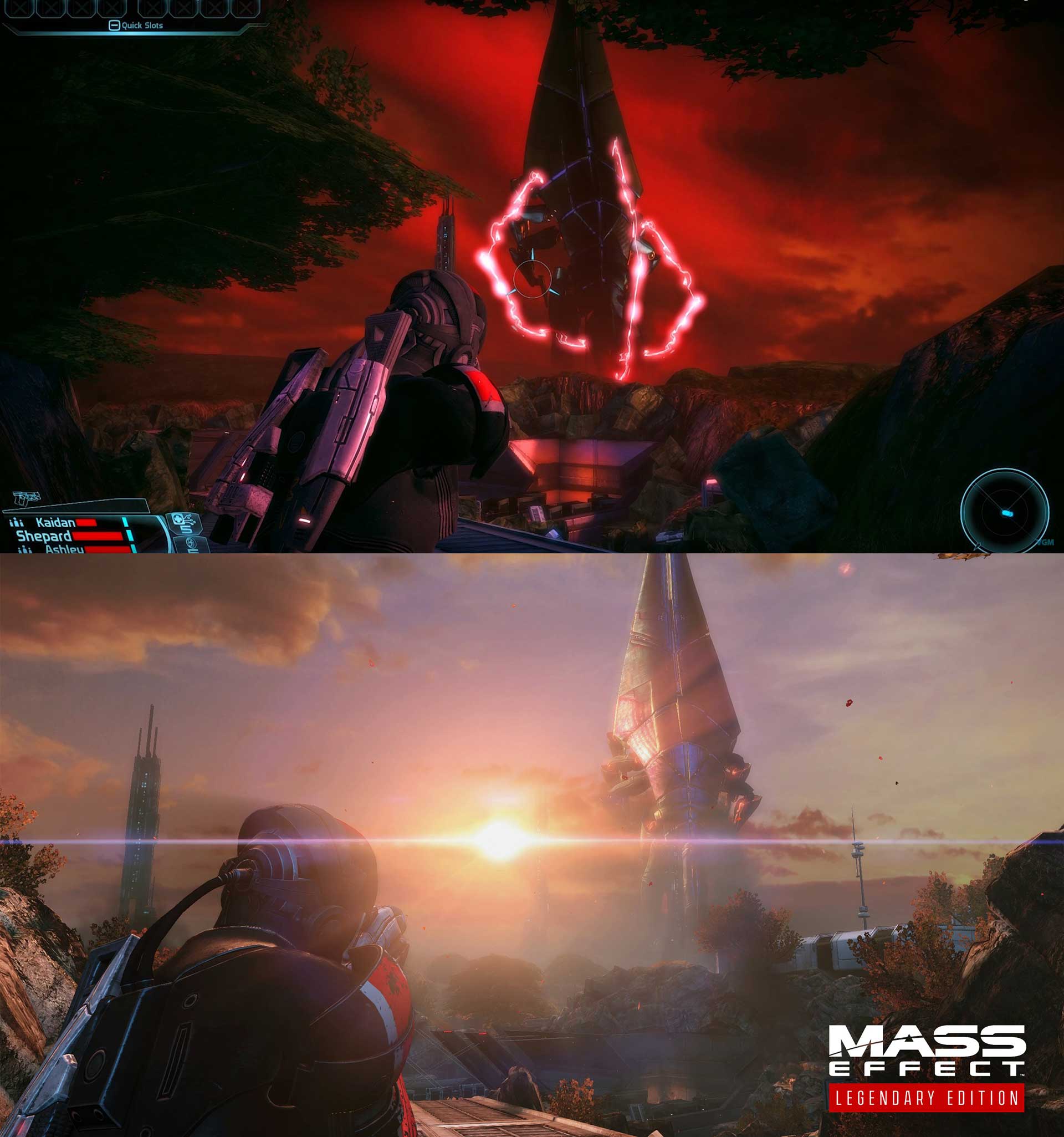 For starters, BioWare began the Mass Effect: Legendary Edition roadmap with the idea of refining the three games not only with new textures but also by delivering the fan-favourite trilogy with enough “new” that it never feels like a different experience. At the same time, players will be happy to know that the package comes with some much-needed changes to not only the pace but also to freedom. For example, at the start of the original Mass Effect players can now create their own female or male Shepard who will be carried across all three games. This means you are no longer forced to one body type until the third game. BioWare claims that the new Shepard, whoever you decide to make, will come with an array of graphical changes not only in-game but in the editor too. There are new hairstyles, skin shades, eyes, noses and so much more. This is then elevated by the trilogy’s new texture system which saw BioWare import and process the game’s hundreds of thousands of textures to enhance them for 4K. Add that to new bump maps, camera work, reflections and other graphical changes and you have a gorgeous remaster.

Kevin Meek explained that instead of rebuilding the Mass Effect environments from scratch, the team managed to look at each location and layer a load of new objects and graphical enhancements to the game in order to bring it to life. Things such as puddles of water that reflect the world, god rays that shoot down on statues, smoke, fog and massive improvements to lighting. This is then enhanced by the Unreal Engine 3’s tweaks such as skin tone mapping, ambient occlusion and more. An example was shown during the presentation of Feros. This now-destroyed planet looked good in the original game but now new fire and smoke add to the illusion of a ruined city. BioWare then added extra towering buildings to the skybox along with improved lighting and more smoke. You now have a gorgeous vista worthy of the current hardware.

Crystal McCord also teased me with some changes to the overall pace in the game. For example, players can now skip the elevator ride on the Citadel in the original game. This is something that took players over a minute and a half to get through back in the day. The skippable ride brings this down to around fourteen seconds. BioWare says that there are other enhancements players can look forward to across all three games.

The Mass Effect: Legendary Edition is also packed with content. BioWare says that apart from the three main games, there is also over 40 pieces of DLC to enjoy. All three games will include gameplay and quality of life improvements such as a new UI in the original game.

Mass Effect: Legendary Edition launches on 14 May 2021 for PS4, Xbox One and PC. Take at the latest trailer down below;

Gaming | PC | Mass Effect: Legendary Edition Looks To Be More Than a Remaster
a