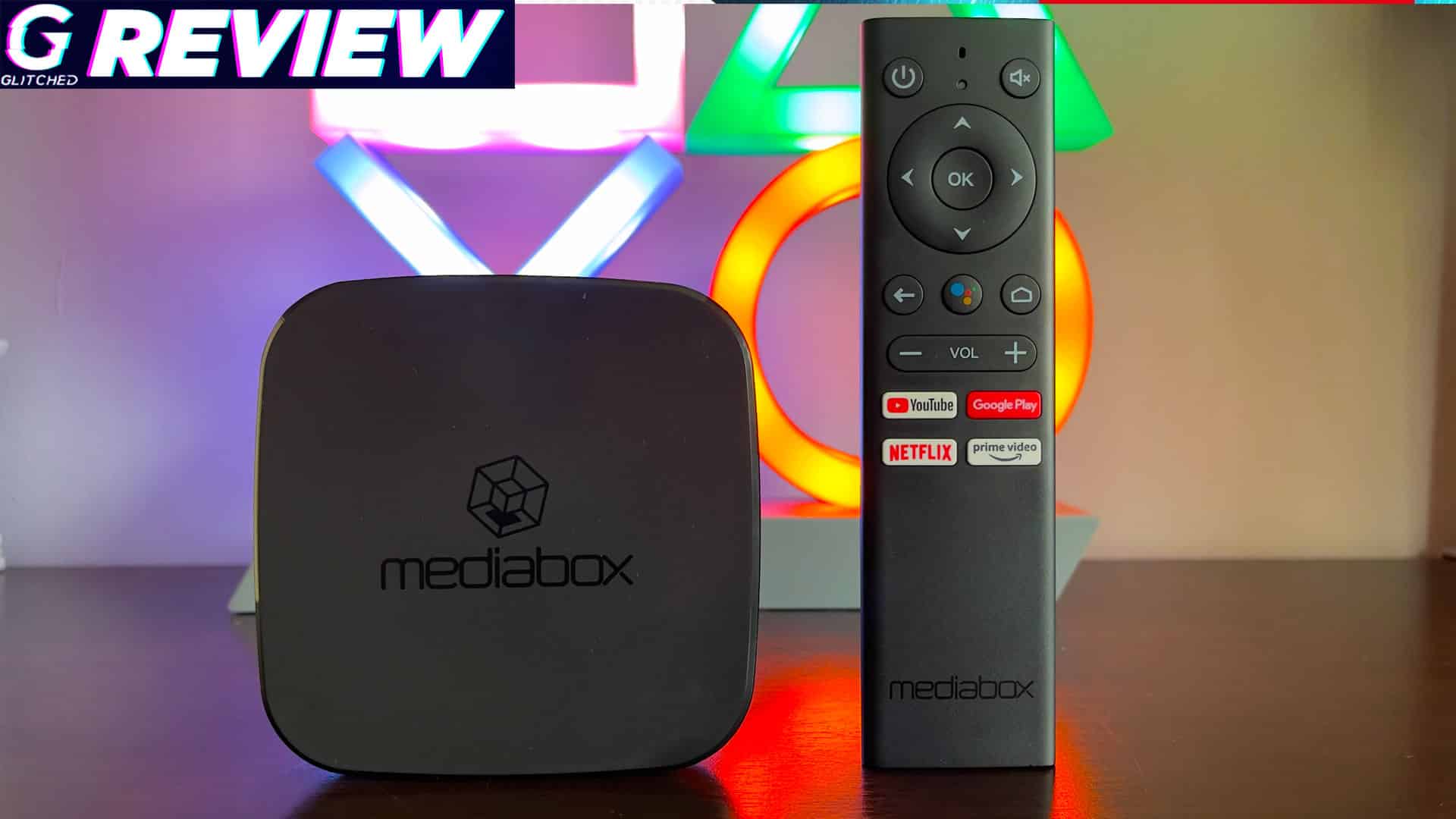 Anyone who owns a Netflix account, streams content and consumes any sort of media these days will know what a mediabox does. In short, these little boxes offer great ways to turn your non-smart TV into an Android TV solution. However, these boxes also offer loads of great ways to get around the limitations that come with non-Android TV smart TVs. UPDATE – The Mediabox Maverick MBX4K is both Netflix and Google Certified. This has been confirmed by the makers of the device.

Let’s be frank for a second. Some smart TVs aren’t as smart as they claim and limited operating systems prevent users from having the freedom to binge content and modify their set up the way they want. Android TV is the best way solution for all TV owners and unless you own a TV with it pre-installed like a Sony Bravia or Skyworth, the only way around that is to look for one of these boxes. Enter the Mediabox Maverick MBX4K.

The MediaBox range has been around for a while now. This is the third hardware revision I have reviewed in recent years. The original was nice but Netflix and other streaming services weren’t widely available at the time so it was kinda pointless. Then we have last year’s model which was held back by its lack of a pre-installed Netflix app and some shoddy performance issues. It was not Netflix certified which meant I had to install the app by calling the support number and get them to remotely install an old version of Netflix. It was not only shady but the app lacked modern formats such as HDR and decent 4K support. 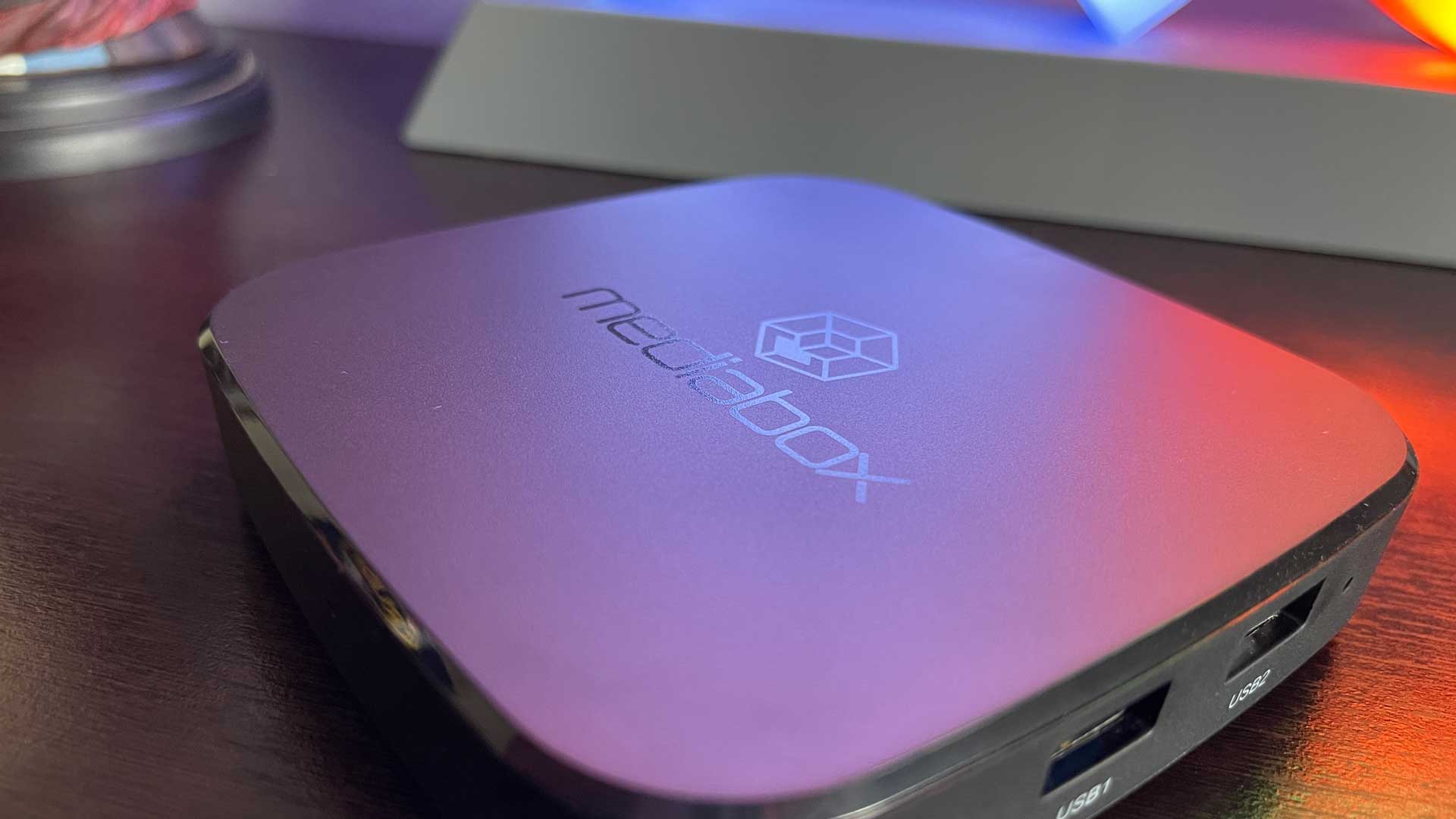 The Mediabox Maverick MBX4K sets to fix all these issues by delivering the most robust version of the hardware to date and it is quite impressive. I own a Sony Bravia with Android TV installed so my main approach to this review was to see whether or not the Mediabox Maverick could replicate the same polished and app-filled experience as the mainstream hardware. For starters, it now has Netflix installed, includes support for more apps and the general performance has been buffed up too.

The Mediabox Maverick MBX4K looks like most other media boxes on the market. It is a black squared box with chamfered edges. Unlike last year’s model, this one is pure black with no red anywhere to be seen. On the right-hand side, there are two USB ports and at the back, you will find everything else. 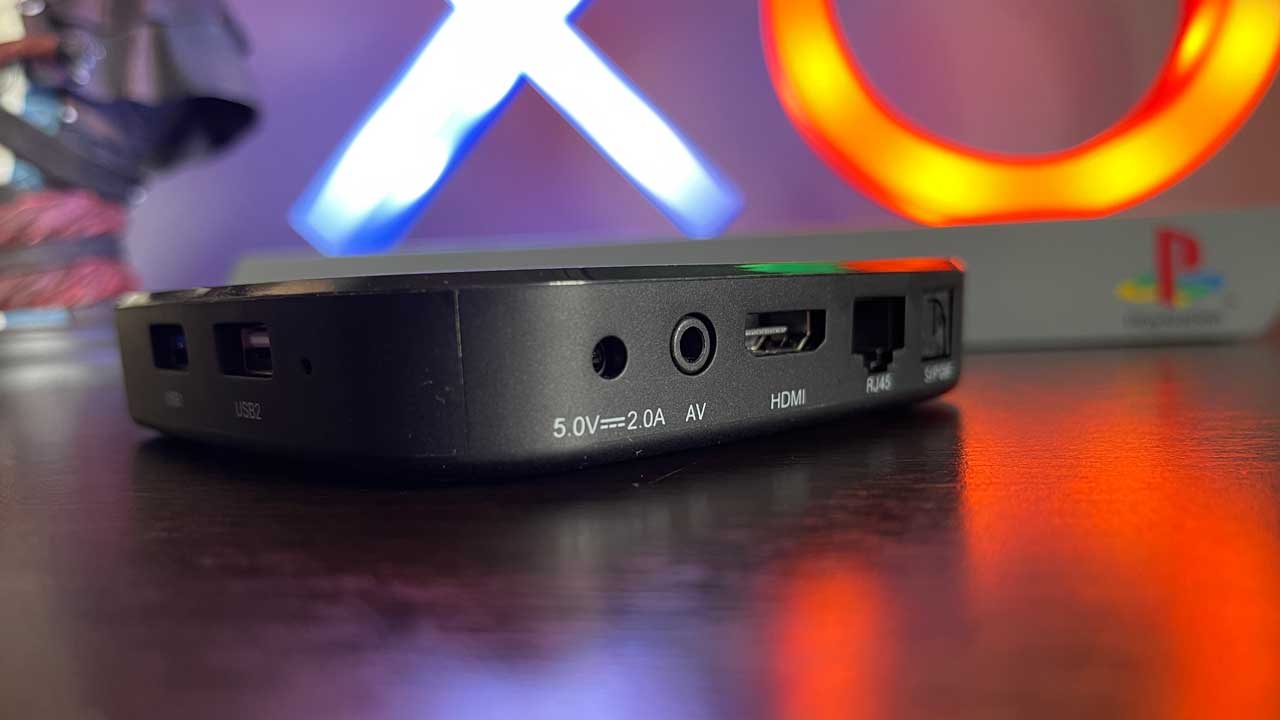 Unfortunately, this year’s model does not have a MicroSD slot so extending your storage might be a problem. The device only packs a 4.4GB NAND flash storage solution which was already sitting at 3.6GB without installing any extra apps at all. It may be an issue for those who plan on using the device to store larger files and apps. However, you could always use a USB to store your files but apps can’t be installed on the device.

When it comes to the controller, the Mediabox Maverick MBX4K wants you to know it now supports Netflix in its full capacity. This is thanks to a dedicated button on the controller itself. There’s also a Youtube button, Amazon Prime Video and Google Play. The volume is also positioned horizontally instead of downwards like last year’s remote. 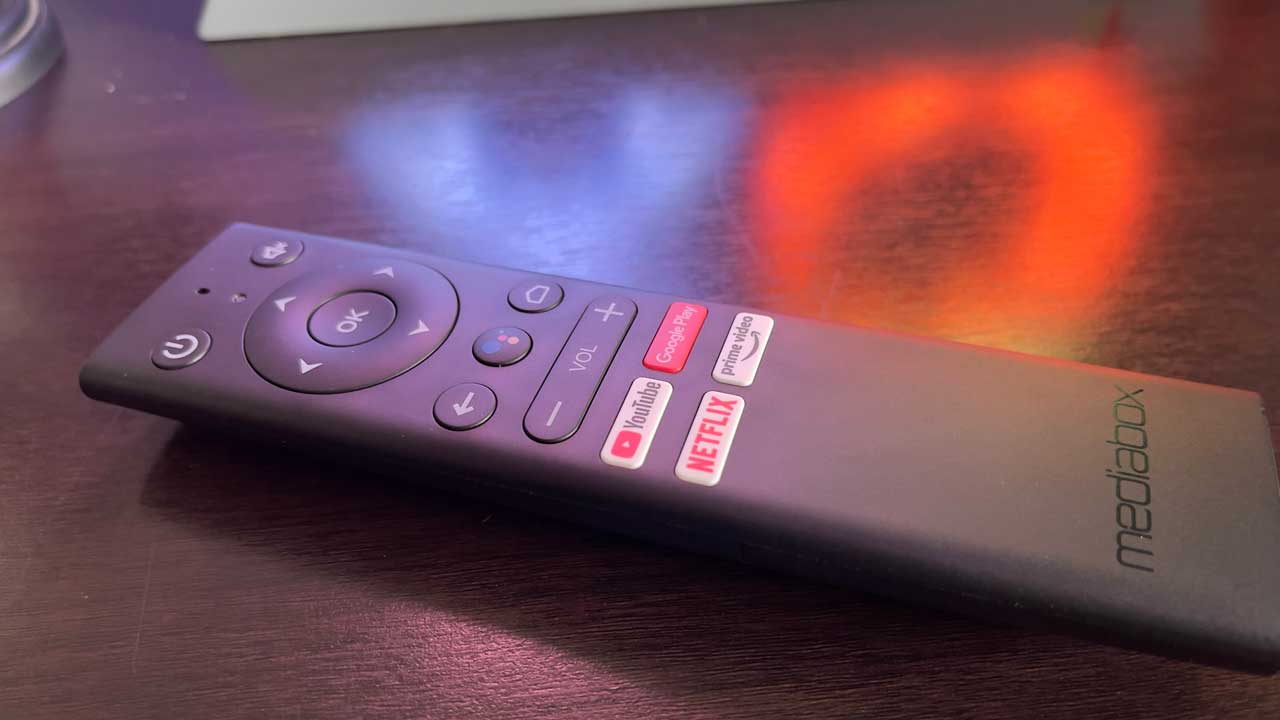 Other than that, the Mediabox Maverick MBX4K remote is as you would expect. It has the Google voice assistant, navigation keys, back button and home button. Don’t expect anything grand here because there’s no need for it whatsoever.

Mediabox Maverick MBX4K Set Up and Ease of Use

A media box must be easy to use. It should be fast and provide a quick and easy setup process for all users to enjoy. Thankfully, the Mediabox Maverick does just that. Open plugging it in, it asked to pair the Bluetooth remote. This took a few seconds to get going.

Anyone with any Android experience will feel right at home with the Android TV setup and UI. It requires a Google account to get going and after a few steps of connecting to the WiFi and signing in the Mediabox Maverick was ready to go. You can also quickly set up the device by using your Android phone to transfer accounts, Wi-Fi settings and more to the box. 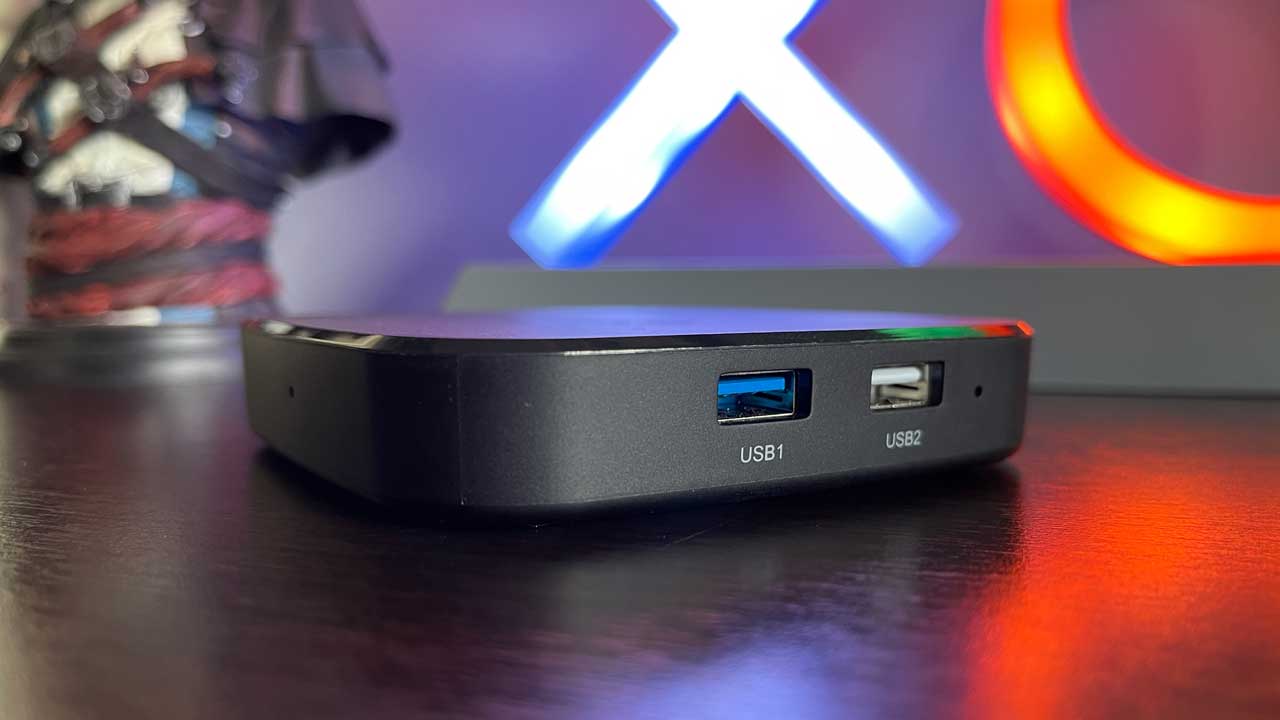 You can also do the majority of the setup by using a PC instead of typing in everything using the remote. If you have ever used one of these boxes before you would know that typing is extremely tedious due to the limited-button remote. Even the MyGica range that packs a full keyboard is tiresome due to the tiny buttons.

Android TV is fantastic to use and get around. We have come a long way since media box makers relied on custom-skinned operating systems in their boxes so this is a relief. The home page is where you can find your apps, you can easily access the settings on the top right-hand corner and the whole experience is what you make of it. This means that the apps you install and the modifications you make will determine how the Mediabox Maverick MBX4K performs for you. 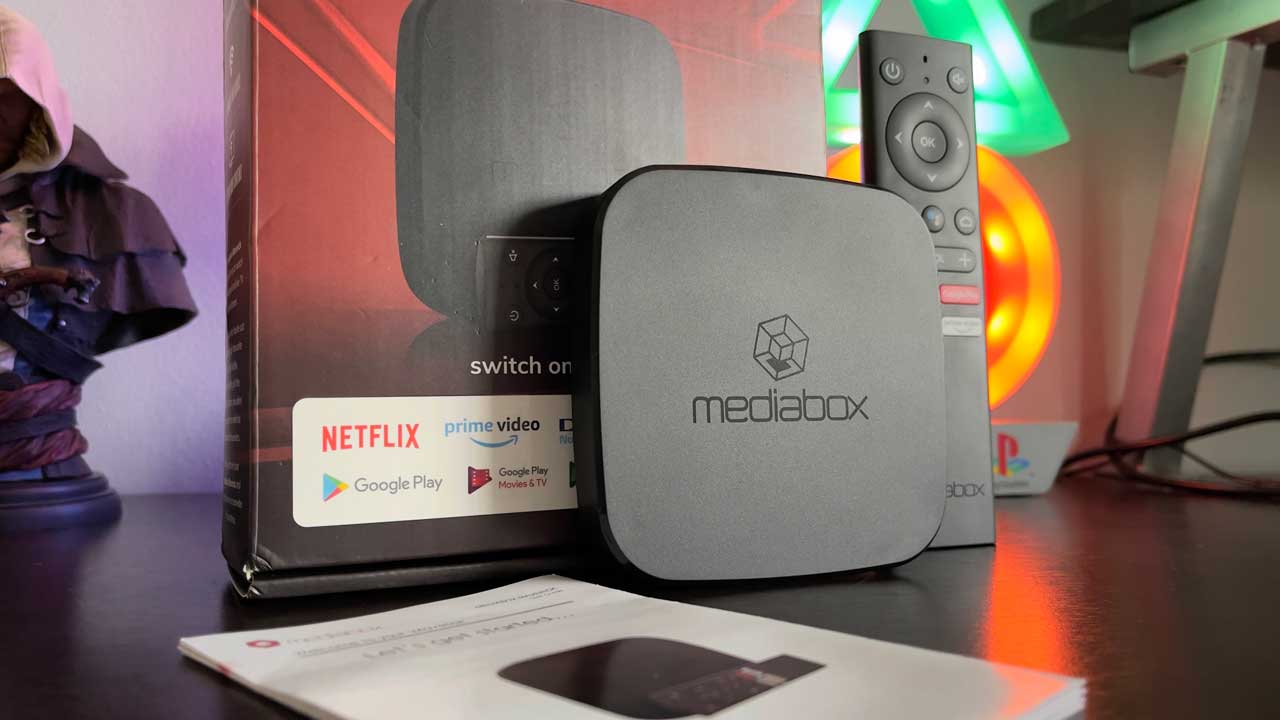 Thankfully, I have a USB stick with all my custom apps on it. This includes a YouTube app with no ads, Kodi for media streaming and an alternative video player called MX Pro Player. Installing these apps was a breeze through the built-in file explorer.

The best new change is the ability to access the files and folders inside the device itself. Last year’s model locked these folders which caused issues when copying codecs for the MX Pro Player to the storage. For example, there was simply no way for me to copy my audio code to the device whatsoever. I had to plug in a MicroSD card just to store one file. Yay for progress. 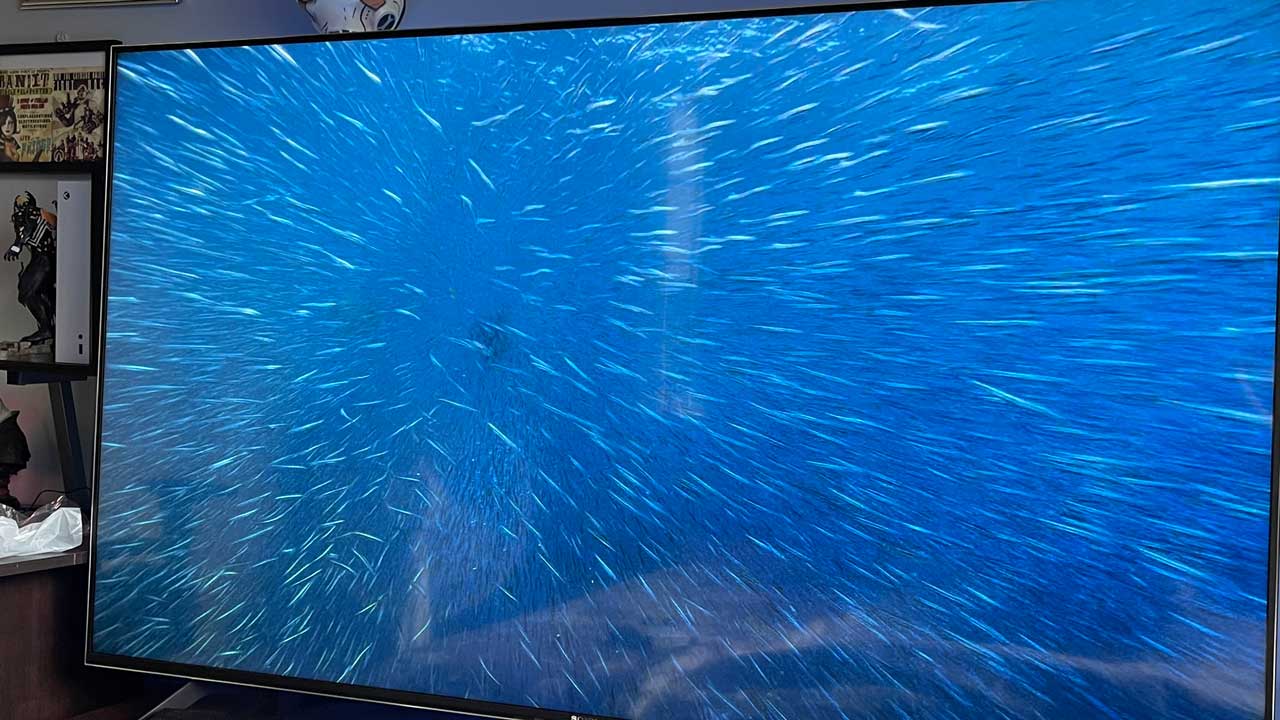 Another big jump for the Mediabox Maverick MBX4K is the support for VPN-related streaming apps like Cinema HD. The older box did not support this app and crashed it immediately after launching it. So far so good.

Netflix is most likely the biggest addition to the Mediabox Maverick MBX4K. I am happy to report that it works and works damn well. Not only does the device make full use of 4K HDR when streaming content but it also includes the actual Netflix app from the actual Google Play Store. This means that the app can be updated, deleted and installed as many times as you want. You don’t have to call support for them to do it either.

That goes for everything available on the box. It all just works. Sure, I had some slowdown when managing multiple apps and updating stuff in the background but the overall performance and compatibility is top-notch here. Even YouTube can stream its 4K HDR content (on compatible TVs of course) and it looks gorgeous. The experience matched my Sony Bravia’s Android TV and I am impressed. 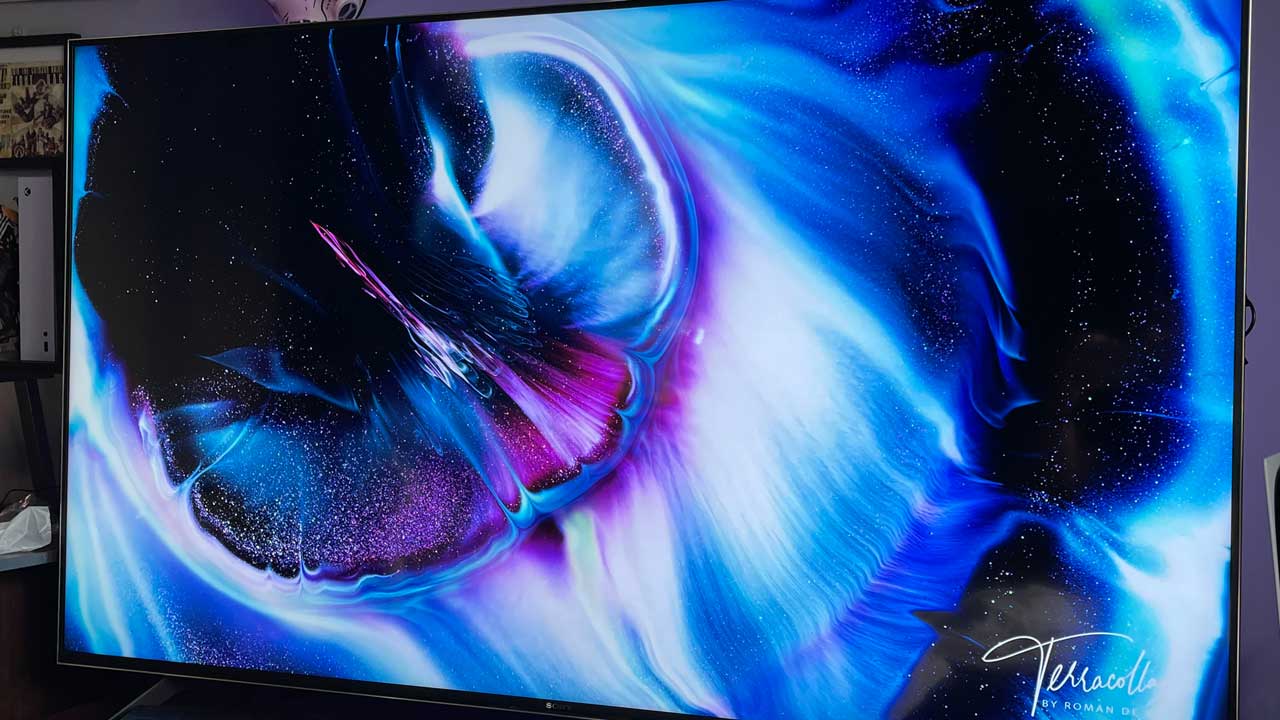 When it comes to the device’s settings and the variety available, you will find loads of things to tweak. You can change the resolution, zoom, colour format and more. There are even TV settings to change the colour from ‘standard’ to ‘vivid”. Something I was surprised to see.

But Not All Good News

Of course, it is not perfect. I do have some concern surrounding the device’s lack of support and updates. Last year’s box has not received one update. Not to improve the performance, squash bugs or fix the lack of Netflix. I trust the same thing will happen here.

For starters, there’s no clear indication on how to update the box. Unless you go looking for the “UPDATE” app in the settings, you won’t find it. This app is separate from the Google update and asks to update via the internet or update locally. To no surprise at all, the “search for update” times out and there’s literally no site or way to download the updated files online. This is the same issue last year’s box had. You need to know that if you are investing in this Mediabox Maverick MBX4K, there’s a high chance that you won’t receive any updates for the actual Android TV OS at all. Your apps will update but the box itself won’t change. If there’s a bug or an app does not work, you are out of luck.

With that being said, I still use last year’s box every now and then and the experience is pretty polished. I have a few modded apps that refuse to work (they work on my TV) but I just have to live with that. 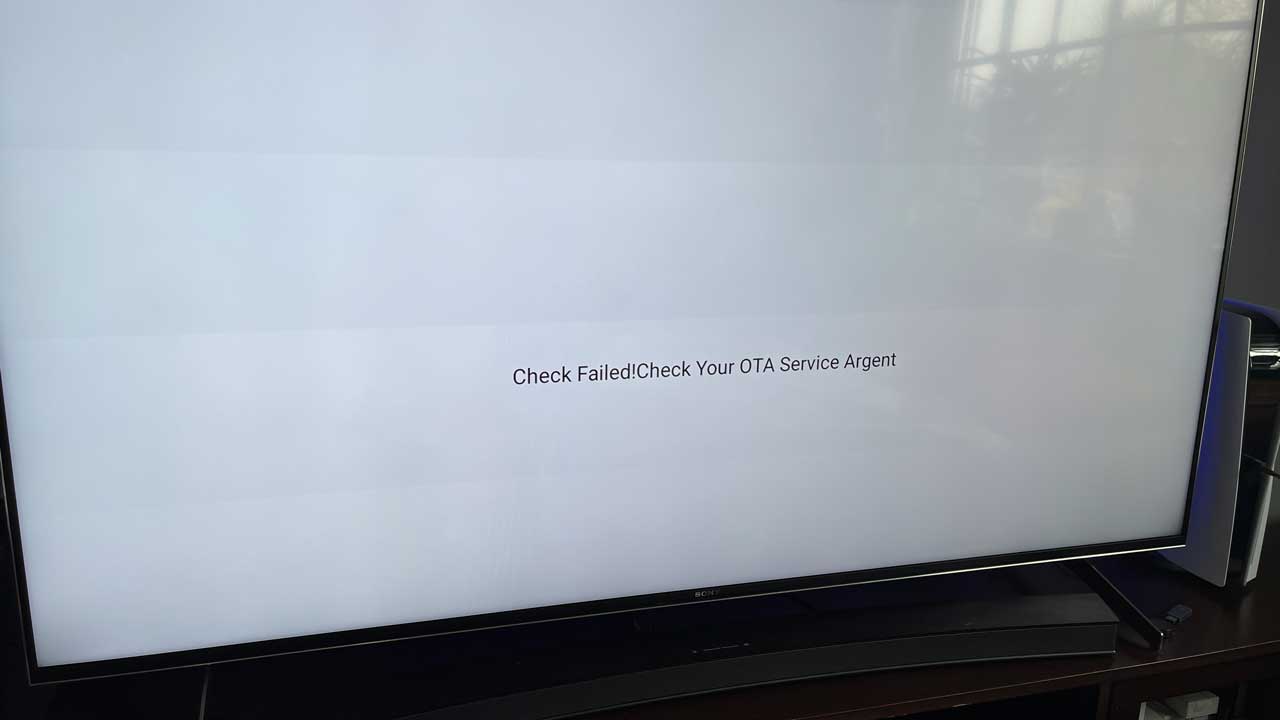 I tried to find something wrong with the Mediabox Maverick MBX4K and it was tough. I am so happy to see the company fixed the issues from last year’s model but the improvements are seen throughout the device. It is faster, more apps are supported and the overall streaming experience is much better this time around. The Mediabox Maverick has been modernised and for R1,499 it could be one of the best media boxes on the market.

This Mediabox Maverick MBX4K Android TV Review was based on a review unit sent to us by Apex Interactive. You can buy the device today from local retailers starting at R1,499.