The Mediabox MBX4K Ranger marks the latest model from the Mediabox group. I owned their launch box back in the day, paid for it and it was sort of lacklustre. The low-performance device lacked the power to run the most basic of operations. In addition, I could not install Kodi 18, it would constantly freeze and even getting around the UI was tough due to it not being optimized for a remote and TV. The new Mediabox Ranger is a vast improvement from the past boxes. Most important of all, it has Android 8.0 TV installed so the entire experience is easier on the eyes. In addition, the UI is great. With that being said, there are still some major issues with the device of which is all covered in my Mediabox MBX4K Ranger review. 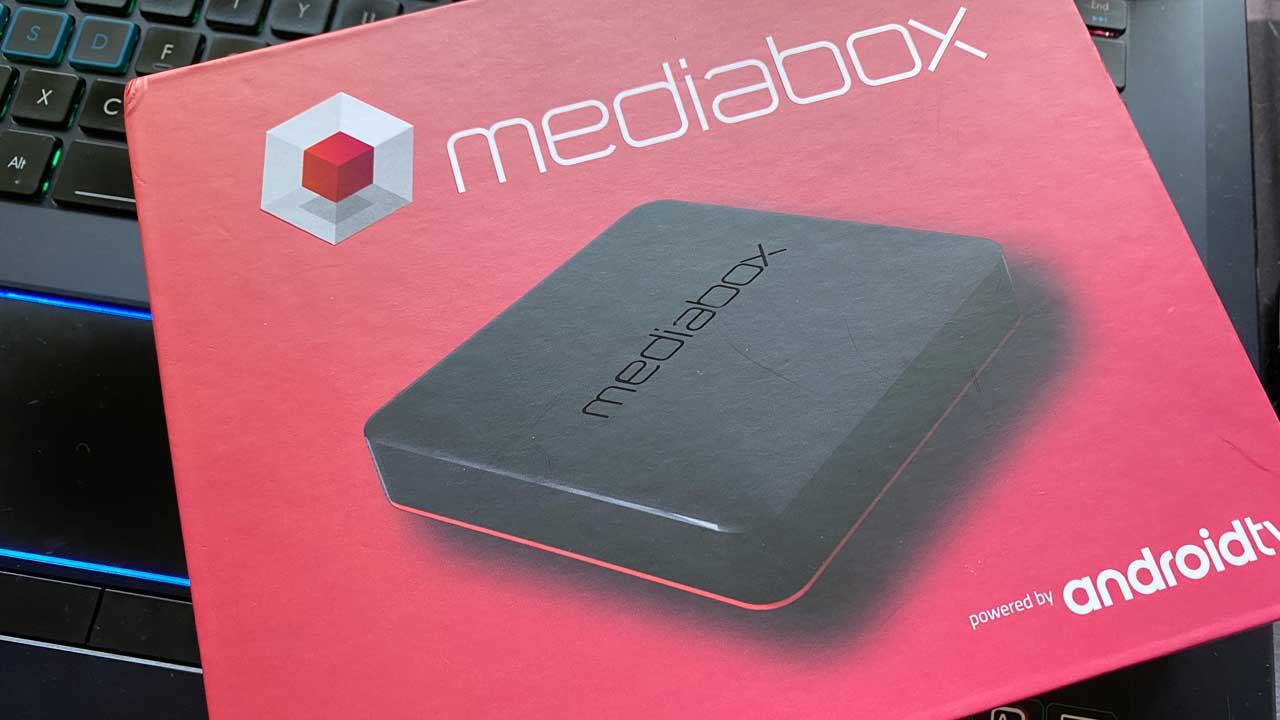 What’s in the Box?

Inside the Mediabox MBX4K Ranger bo you get the following;

From the outside, the Mediabox Ranger looks exactly the same as the original model. While I tossed my old device ages ago, the two bear the same design across the board. The box itself is black with a red bottom. On the top, you will find the logo, on the front is the standby light and at the back is where all the ports are situated. If you are looking at installing an SD card or USB stick, it gets plugged into the ports on the right-hand side of the device. Ther are two USB ports and one SD card slot.

As for the controller, it also looks the same as the past model. However, the addition of the Google Assistant now adds a dedicated button to the controller. This means you can press the button and ask Google to perform certain actions. The only issue I had with the design was the lack of a reset switch. I explain why it is important later on. However, I hated having to unplug the device every time I had to restart it. There should be a switch there.

Setting Up and General Use

The Mediabox Ranger is pretty easy to get going. This is thanks to Android TV. Booting the device up, signing in to my account and linking my Android apps was quick and easy.  Getting around the device is so much easier than before. No, really. Android TV has made the Mediabox UI feel like a completely new device. Everything from the home screen to the menus feels fluid and snappy. The general performance while moving about is also great. The past model would even lag out while going through the system menu and result in a delayed input from the control. 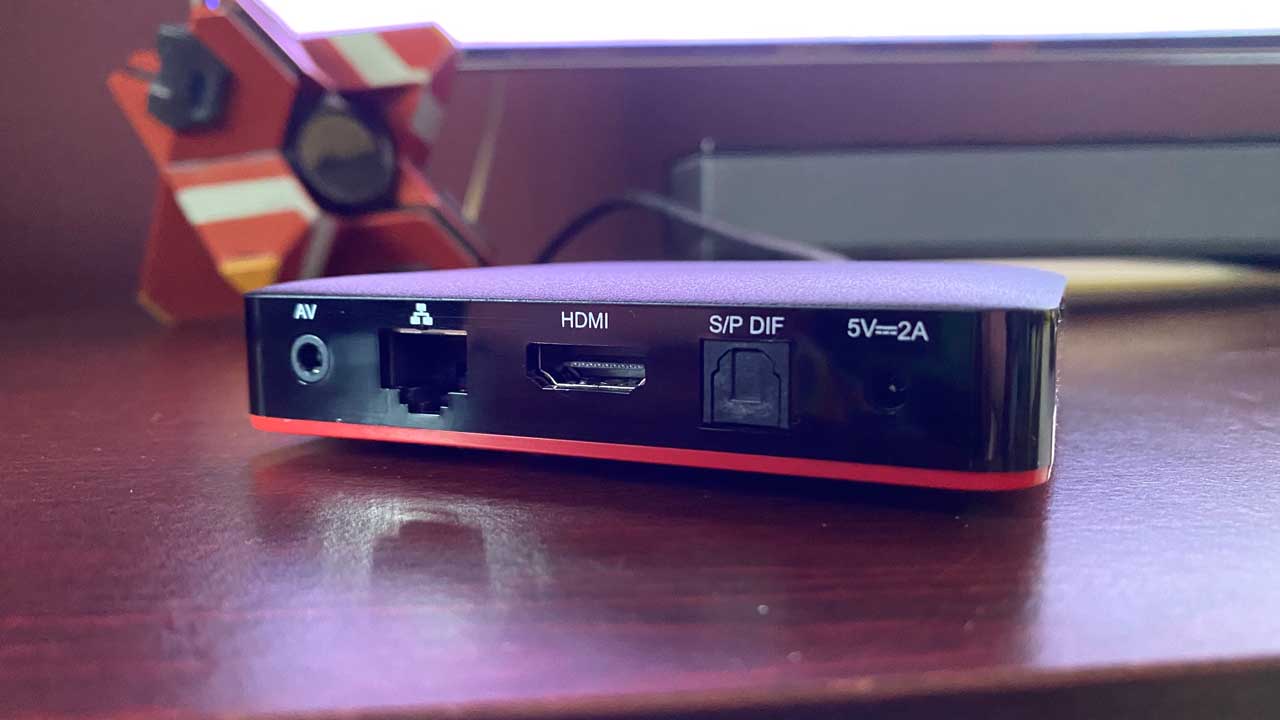 I immediately went into settings to tweak a few things. The backdrop is a must as it allows the device to go into a standby state and toggle through some gorgeous wallpaper. It also shows upcoming events, the time and weather. I also enabled the 4K support, HDR and connected it to the Wi-Fi. I installed a 64GB SD too in order to download some games for testing.

Overall, the general use of the Mediabox Ranger is great. Getting around the menus and apps was a breeze. I noticed very little lag while multitasking and overall, app support worked great with the controller. This is a night and day difference compared to the past model. Installing the SD card expanded the storage past measly 8GB and let me install more apps and games. These all extended the experience beyond the basic pre-installed apps.

Speaking of, the basics work pretty great. DSTV Now, YouTube, and Showmax all come installed already. Signing in is quick and easy. In addition, the experience is made a lot easier if you use the Android TV Remote app which is available on both iOS and Android. From the moment you set up the Mediabox, it tells you how to download and pair the app.

This makes typing easier as you can just use your phone during input on the device’s apps. With that being said, the UI has been optimized for TV use which means the basic control works just as great. However, typing a show into the input field can get a little frustrating when the keyboard is not qwerty. Rather, it is just the alphabet in order. Why would they use this layout? I have no idea but you can install third-party keyboard apps as long as they are compatible with Android TV.

I had little hope this box would be able to output 4K HDR. While the packaging states it does, I was a little sceptical. However, I was wrong. You can select [email protected] in the settings and enable HDR through some apps. However, there’s a catch. In order to use HDR in say the YouTube app, you need to enable it in the device’s settings first. This turns the entire device’s UI into HDR which causes some visuals hiccups on some icons. However, when viewing the HDR content, it looks great as it should. In the perfect world, the device should automatically enable and disable the feature when viewing SDR and HDR content. 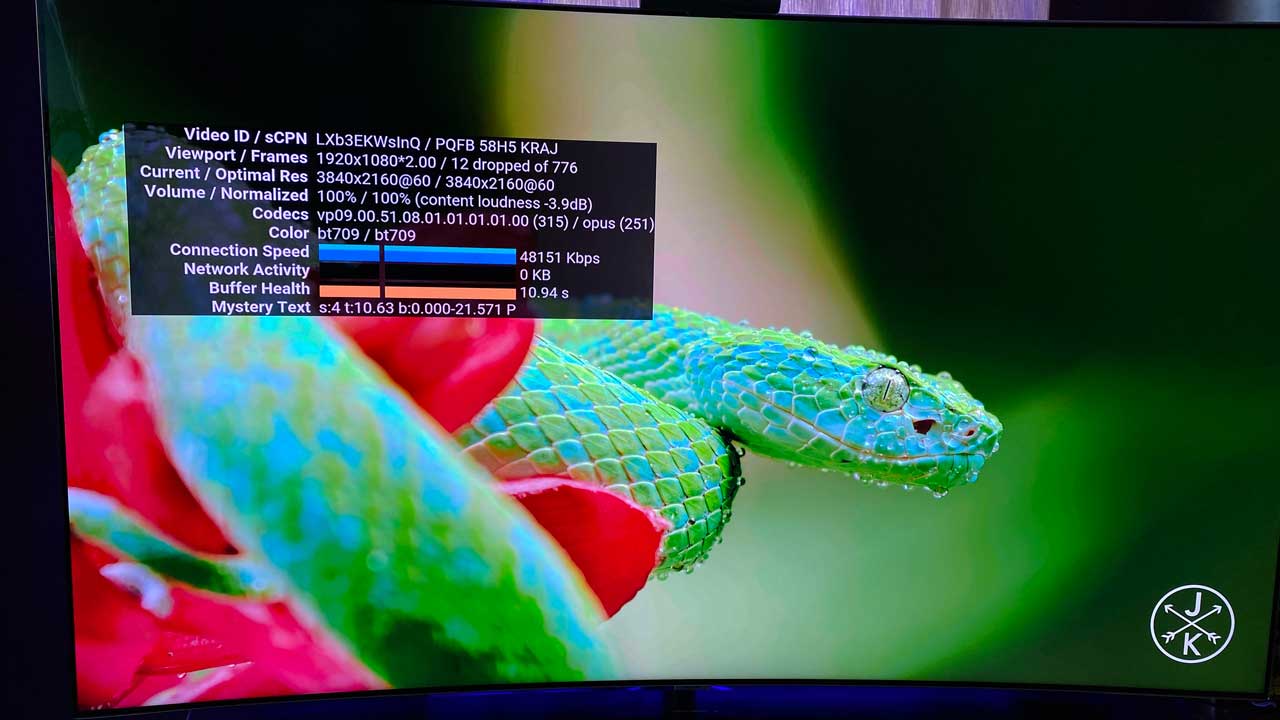 I did select “auto” and it enabled the HDR when I launched a video on YouTube, however, after the video ended the HDR function was still enabled and it caused the same pink/white icon issues on the UI and other apps. It could be a bug, but the HDR feature should enable and disable automatically. However, it did not. This leads to the next problem with Netflix

So here’s the deal, the device does not support the native Netflix app from the Google Play Store. I had to call Mediabox and they remotely installed what looked like an older version of Netflix. Now I have a few issues with this. Firstly, the fact that some dude can install apps on the device as long as it is connected to the Wi-Fi is really dodgy. I gave the support my serial number and the app popped up on my device. Secondly, the app has no 4K HDR support. Kinda makes owning a 4K HDR-compatible device, even with its buggy auto HDR feature, pointless. 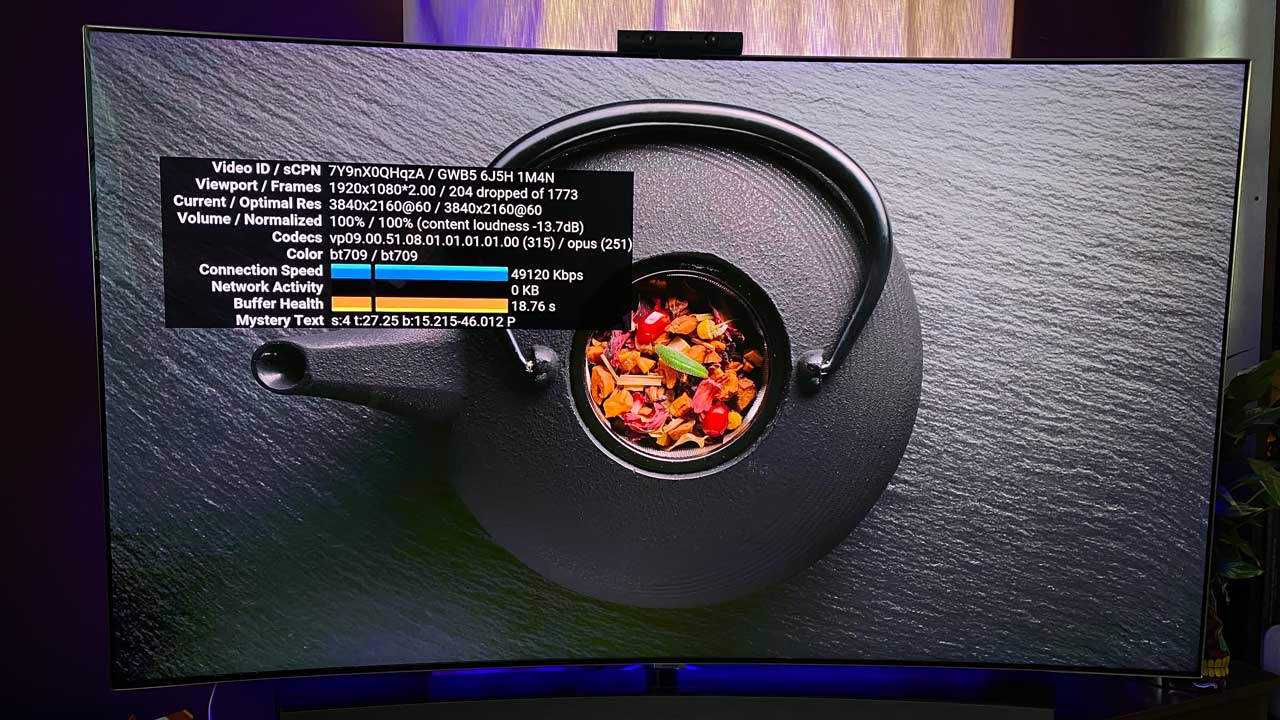 All the 4K and HDR movies and TV shows which I watch on my Apple TV were simply listed as “HD”. To make the situation even worse, the HD content never buffed up to even 720p while viewing it. The resolution was extremely low. Could even be 480p. Some shows even had an audio delay. It makes Netflix completely pointless on this device. I thought it could have been my internet connection. However, YouTube was playing at 4K HDR videos perfectly so it was not a problem with my connection. I have never experienced anything like having to phone support to get Netflix installed on the device. I am not sure how I feel about it. Surely, Mediabox could get an Android TV-supported Netflix app?

I then tried to delete the app the support installed and download a Netflix Android TV APK. However, this was a challenge. The box does not even have a file manager installed. In addition, there’s no web browser. I had to install it on a USB, download the File Manager app and try to install it that way. This did not work in the end as the app kept telling me it was unsupported. 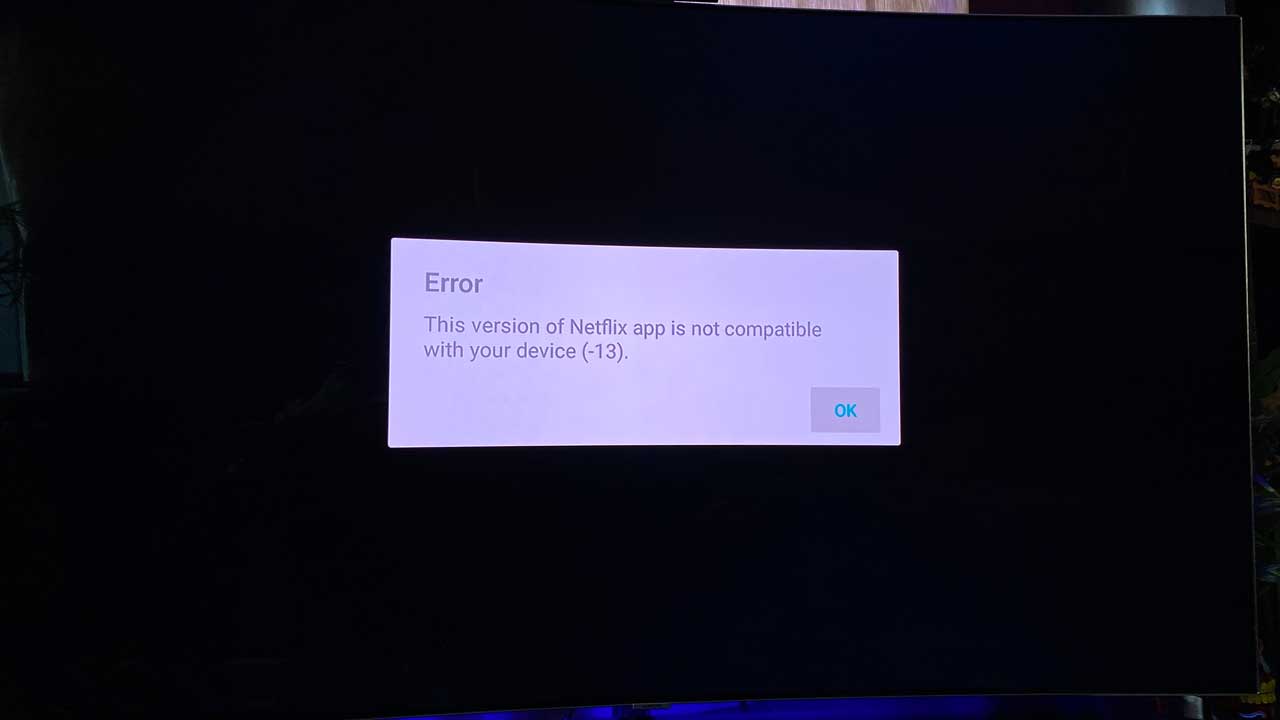 I have seen similar issues happen with Skyworth TVs in SA. Some of the TVs don’t have Netflix support and claim you have to install it another way. I am sure it is done through the same method Mediabox used to install this app. It is not conventional at all. I would have overlooked it should the app have worked properly. However, this pixellated, non-4K HDR Netflix app is not why you bought this box.

Of course, you are probably buying this box for Kodi and it works. There are no issues here. Kodi 18 installs directly from the Google Play store and you don’t need to perform any miracles to get your sources up and running. The app is fast and it was one of the best Kodi experiences I have had on a media box to date. Sure, you have to deal with the laggy repos but the overall app barely buffered. The fact it supports Kodi 18 is a big deal here as the last Mediabox did not.

The Mediabox MBX4K Ranger can play games but they are also limited. There’s no Fortnite support at all so don’t even think about it. However, you can install some decent titles from the Google Play Store and get them up and running. You can also plug in a DualShock 4 or Xbox One Controller into the USB port and play games that require gamepads. Asphalt 8 was one of many I played and it ran pretty well. The menus were a bit slow but the overall experience was decent. You can get away with playing most games on this device but the game needs to support it. There’s no Call of Duty: Mobile or Fortnite which is kind of a missed opportunity here. Could have something to do with the TV support. It would have been a game-changer if it did work though. 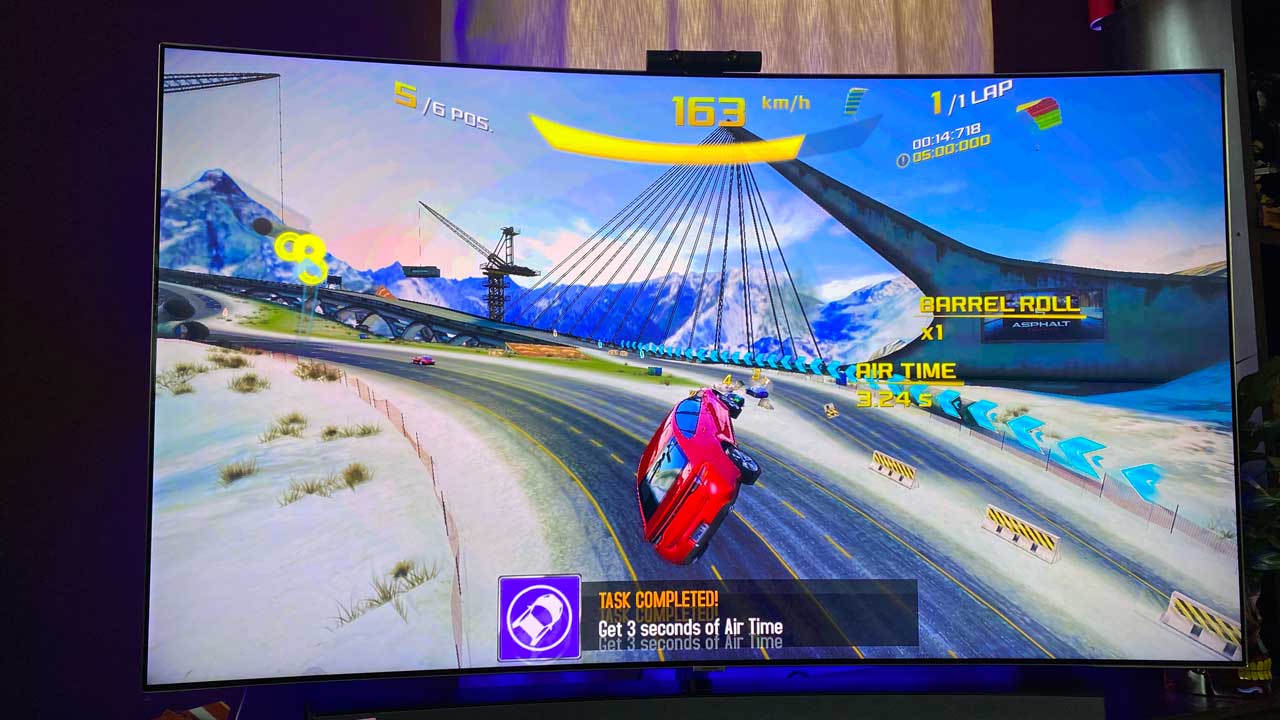 Mediabox MBX4K Ranger is far from perfect. The lack of auto 4K HDR is one of many bugs I faced while using the device. Often the Wi-Fi would cut off completely. This happened when I left the device on the home screen for too long. It would then fail to scan for networks forcing me to unplug and plug it back in. This is why the device needs a damn reset switch. The overall UI is also limited. Sure, there are ways around things but for the average user looking for the basics, you won’t find them here. No web browser is an issue as it means you can’t download APKs to the device. The DualShock 4 also output the device’s audio to the headphone jack making it impossible to play games with the TV speakers. There are just a few of the smaller issues I had with the box.

If you are looking for a Netflix box then the Mediabox MBX4K Ranger is not it. Its shoddy version of the streaming app gets in the way of the experience. However, looking past that issue, the box does perform very well. Its fast and snappy UI is a breath of fresh air in a market full of cheap trash media boxes. Kodi is excellent and gaming is okay. If the company can fix the auto HDR bug and provide a 4K HDR Netflix app, you could have one of the best media boxes on the market. Until then, its a great but limited Kodi box.

The Mediabox MBX4K Ranger retails in SA for R1,499 and is available at select retailers.