After months of teaser images and social media posts, Ford has officially announced the brand-new, sexy looking 2022 Ford Ranger. The company claims this new butch vehicle marks the next generation in the Ranger lineup and comes with a bucket load of new features.

Anyone who knows the Ford Ranger will immediately notice the changes in the 2022 model. If anything, it is the most drastic we have seen from the brand in years. Ford says it is the toughest and most capable Ranger they have ever made. The company put the 2022 Ford Ranger through some of the most vigorous and exhausting test schedules ever developed by Ford.

The design of the 2022 Ford Ranger is inspired by the Ford F-150 and features a similar C-clamp headlight. For the first time, the bakkie also features matrix LED headlights and a new grille design. The smaller accent changes on the outer body make the 2022 Ford Ranger more noticeable in a crowd. This is seen by the curved indents on the back panel and under the backlighting system.

Ford wants all its new vehicles to be smarter and more capable. We saw this in the Ford FX4 already this year. The 2022 Ford Ranger now comes equipped with a 10.1-inch or 12-inch touchscreen with Ford Sync 4 support. This of course comes packed with Android Auto and Apple CarPlay support. Most of the vehicle’s analogue switches have now been replaced by digital versions. The 360-degree camera is displayed on this panel that enhances parking assist and general off-road driving. 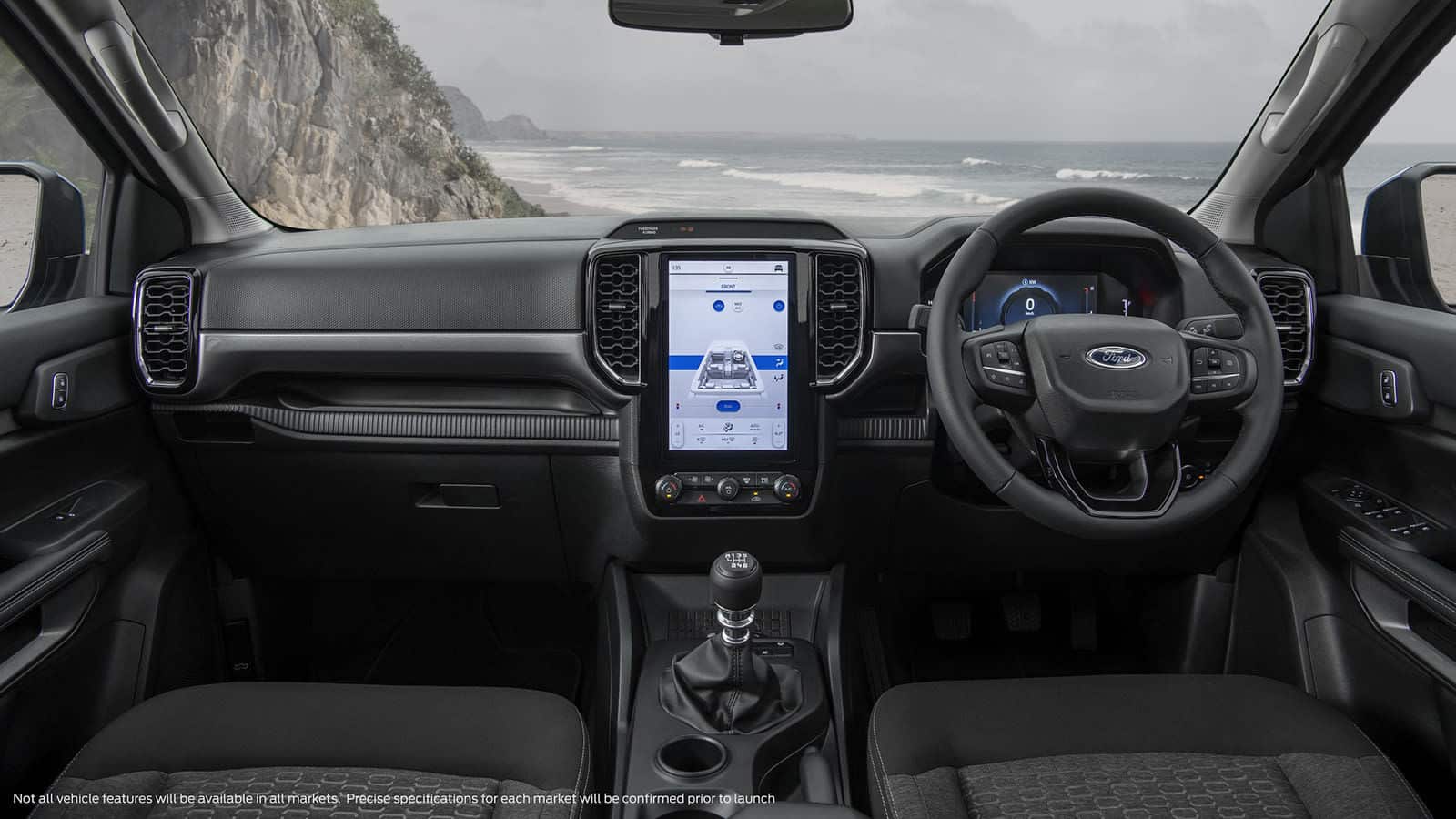 The smart features in the 2022 Ford Ranger are then all connected to the factory-fitted modem that enabled over-the-air software updates. The vehicle also supports the new FordPass App for remote starting, locking and vehicle status check from a smartphone. This can also be done remotely.

The body of the 2022 Ford Range boasts a 360-degree lighting system that helps drivers navigate around the vehicle in dark areas. The wheels have also been transformed. The wheelbase is now 50mm longer and 50m wider than the previous Ranger model. Ford has also increased the load bay by 50mm. The company says it can now fit a full palette and there is a range of new storage boxes around the vehicle.

Ford has also moved the front of the wheels forward. They claim this helps with manoeuvrability, a better approach angle and off-road articulation. As for the suspension, this hasn’t changed much. The front axle still uses coil springs and the back leaf springs. However, Ford says they have updated these to provide a smoother more comfortable drive both off and on-road. 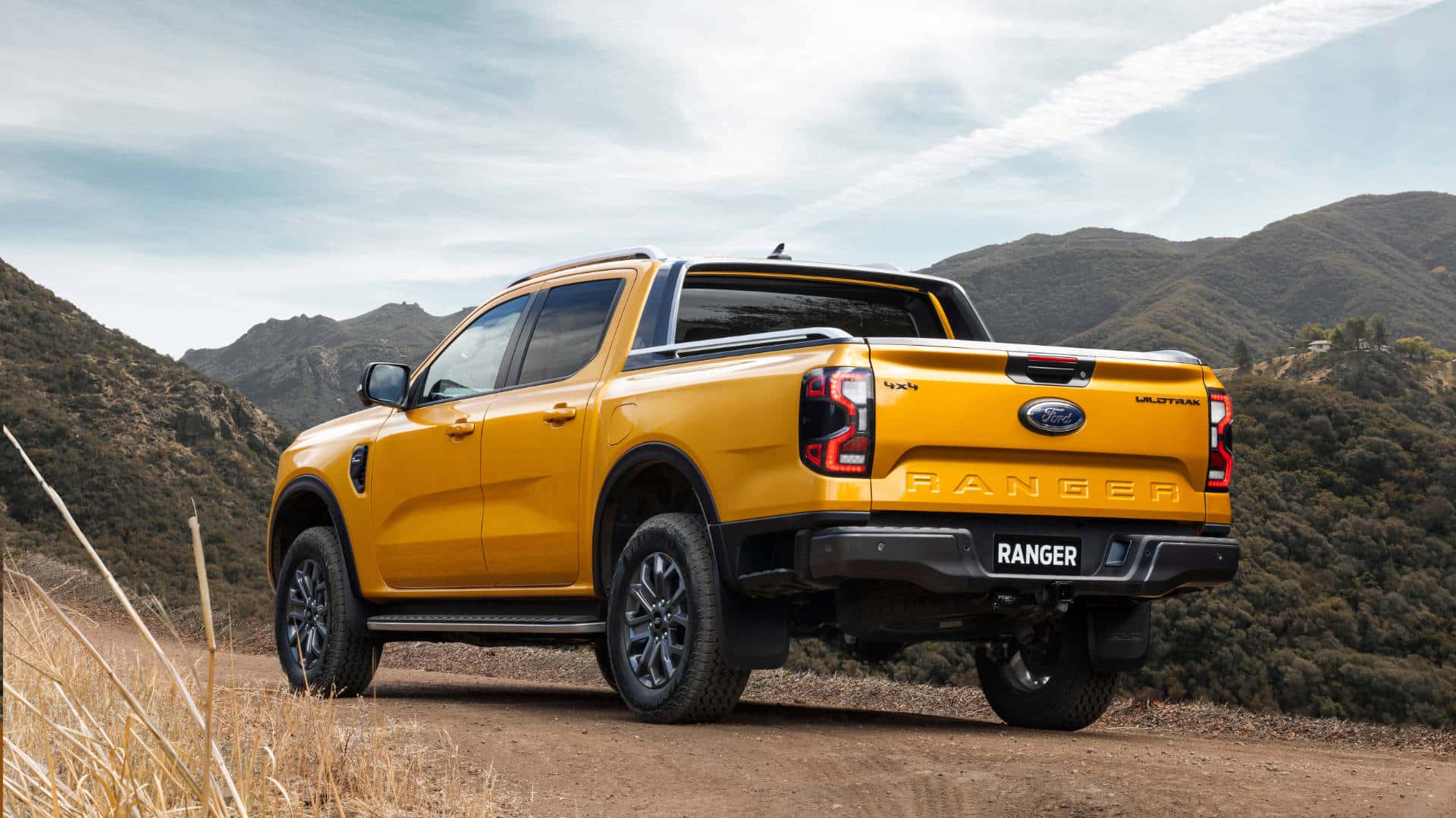 As for the power inside the 2022 Ford Ranger, it packs an adapted 3.0 litre V6 turbo diesel engine. This is the same engine found inside the F-150. However, Ford hasn’t shared details on the exact power output of the 2022 Ranger yet. It will most likely along with the 185Kw and 569Nm output in the F-150. Unless this “adapted” engine pumps out more power somehow.

The 2022 Ford Ranger comes with a choice of bi-turbo and single-turbo 2.0 four-cylinder types of diesel. Ford is also releasing a 2.3-litre EcoBoost four-cylinder turbo petrol engine model. The company hasn’t shared any details on the rumoured petrol-electric alternatives yet. Customers will be able to choose between two four-wheel-drive systems, an electronic shift-on-the-fly system, or an advanced full-time 4×4 system at launch. Transmission options include a six-speed manual, six-speed automatic, and 10-speed automatic gearboxes.

You can read more about the 2022 Ford Ranger here. It is set to release sometime next year.