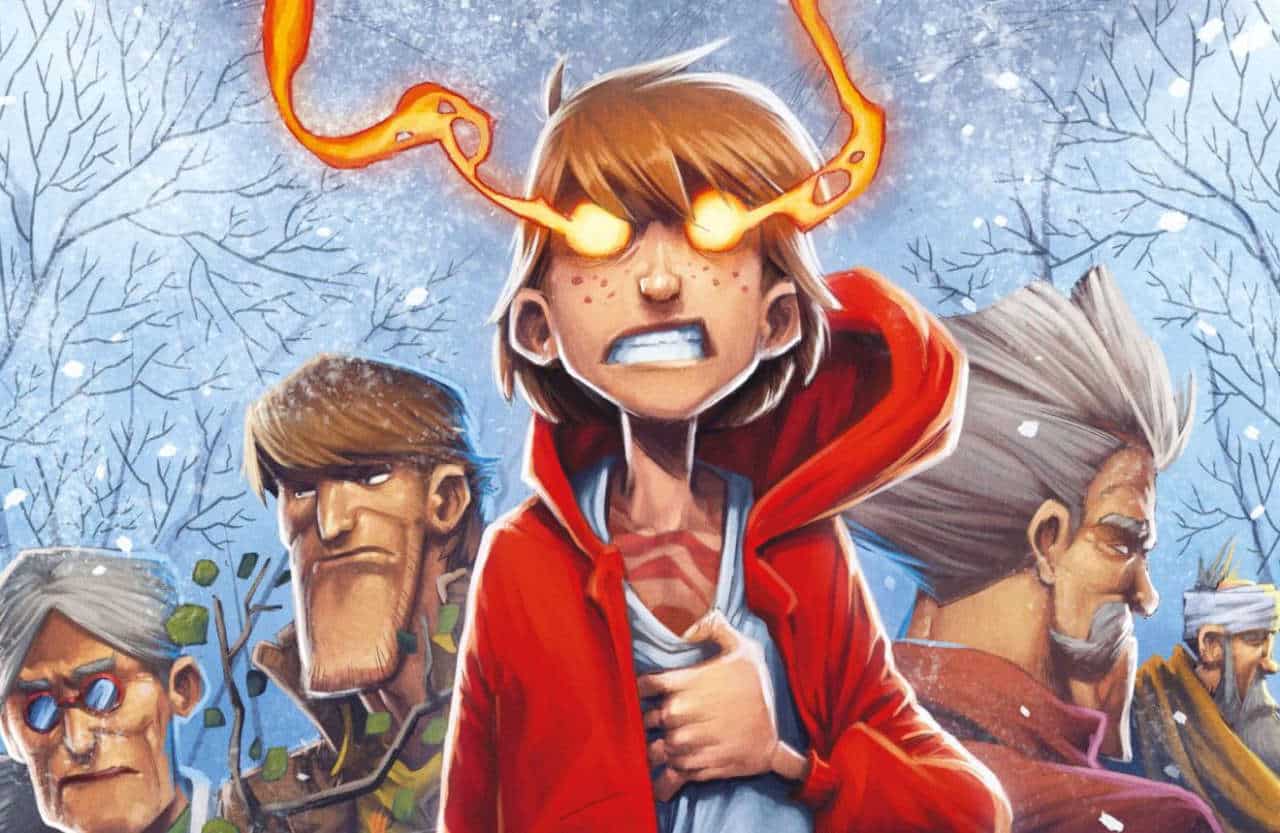 This right here is the story of that one time when I bought someone a really cool gift. This gift was the entire collection of Middlewest as TPs – a comic series that I had never read and didn’t know anything about but the art looked pretty great, so I bought it.

Fast forward to the night before I was going to be handing the gift over. I decided to just give the TPs a quick once over, you know to “check for damage. However, just like that, before I could even really register what had happened, they had become mine. The power that the Middlewest comic series exudes was just too great for me to ignore. The art and the story called out to me by name and chose me as their new owner – I was powerless to resist. 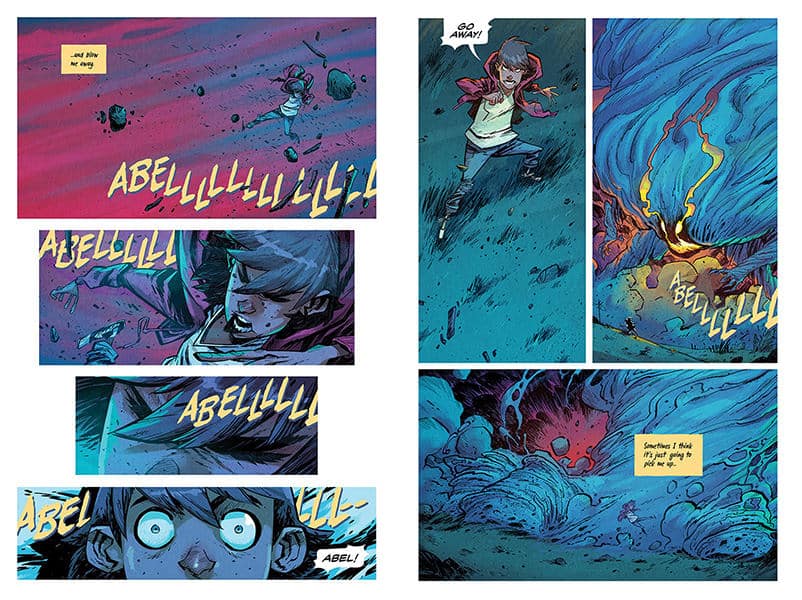 Written by Skottie Young (I Hate Fairyland; Strange Academy; Oz) and with art by Jorge Corona (No. 1 With A Bullet; The Flash; Adventure Time Comics) for Image Comics (Paper Girls; Saga; Skyward) Middlewest is a coming-of-age story, unlike anything you’ve ever seen, or in this case, read before.

The story is about a young boy named Abel who lives in a small town with an emotionally distant and abusive father. After a particularly bad fight between the two, Abel’s father who is no longer able to control himself becomes a literal storm that chases Abel out of town and starts him off on a life-changing adventure.

Abel runs from his father, a man so consumed by anger that he literally becomes it, while also trying to find answers about his past and hopefully the keys to a better future. But the race against time is truly on. Not only must Abel keep moving to stay ahead of his tornado of a father but he needs to find a way to make things right before he turns into a storm himself. 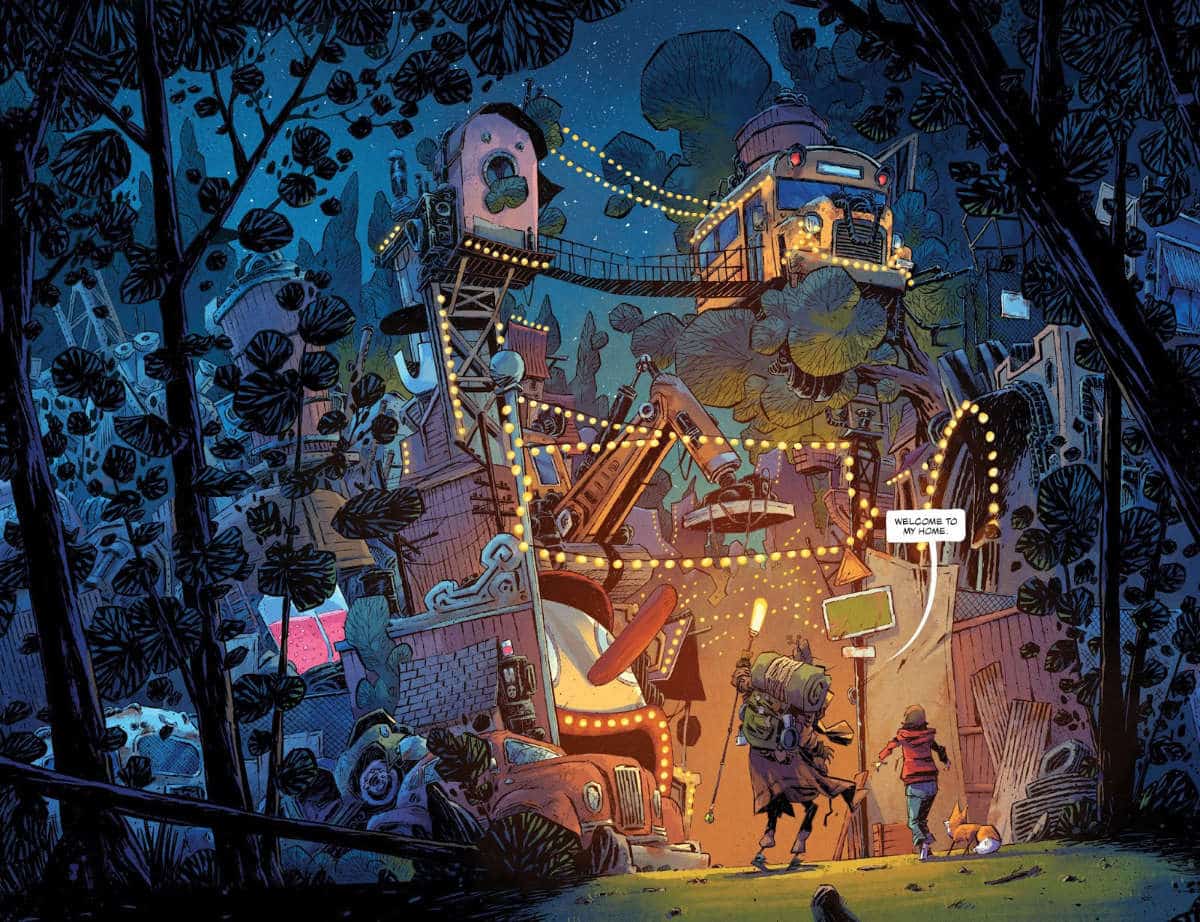 Middlewest may be a fantasy comic, but the topics it dives into are very much grounded in reality. Middlewest is a story that’s as relatable as it is “out there” and a lot of that is thanks to its incredibly potent art.

From the strange, chaotic style of the architecture, the cast of lively and quirky characters and the moody yet somewhat calming colour schemes – everything just comes together to create a world that will invite you in and make you feel at home. Even when “home” has never quite looked the way it does on Middlewests pages. 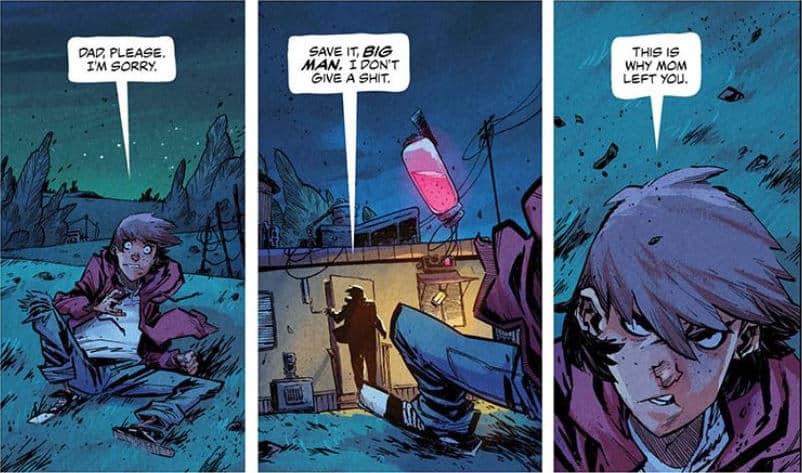 Middlewest is truly like nothing I’ve read before. It manages to somehow feel so familiar and so grounded that it’s easy to just lose yourself in the fantastical world that it creates.

If you’re looking for a comic series that will make a wonderful gift for someone in your life (you, you are the someone I’m talking about) then I would definitely recommend picking up Middlewest.

Want to collect Middlewest yourself? You can click here to grab it from Critters and Comics. The entire series is available in the following formats: Digital; Single Issues (18 Issues); Trade Paperbacks (3 Books); or as single Hardcover