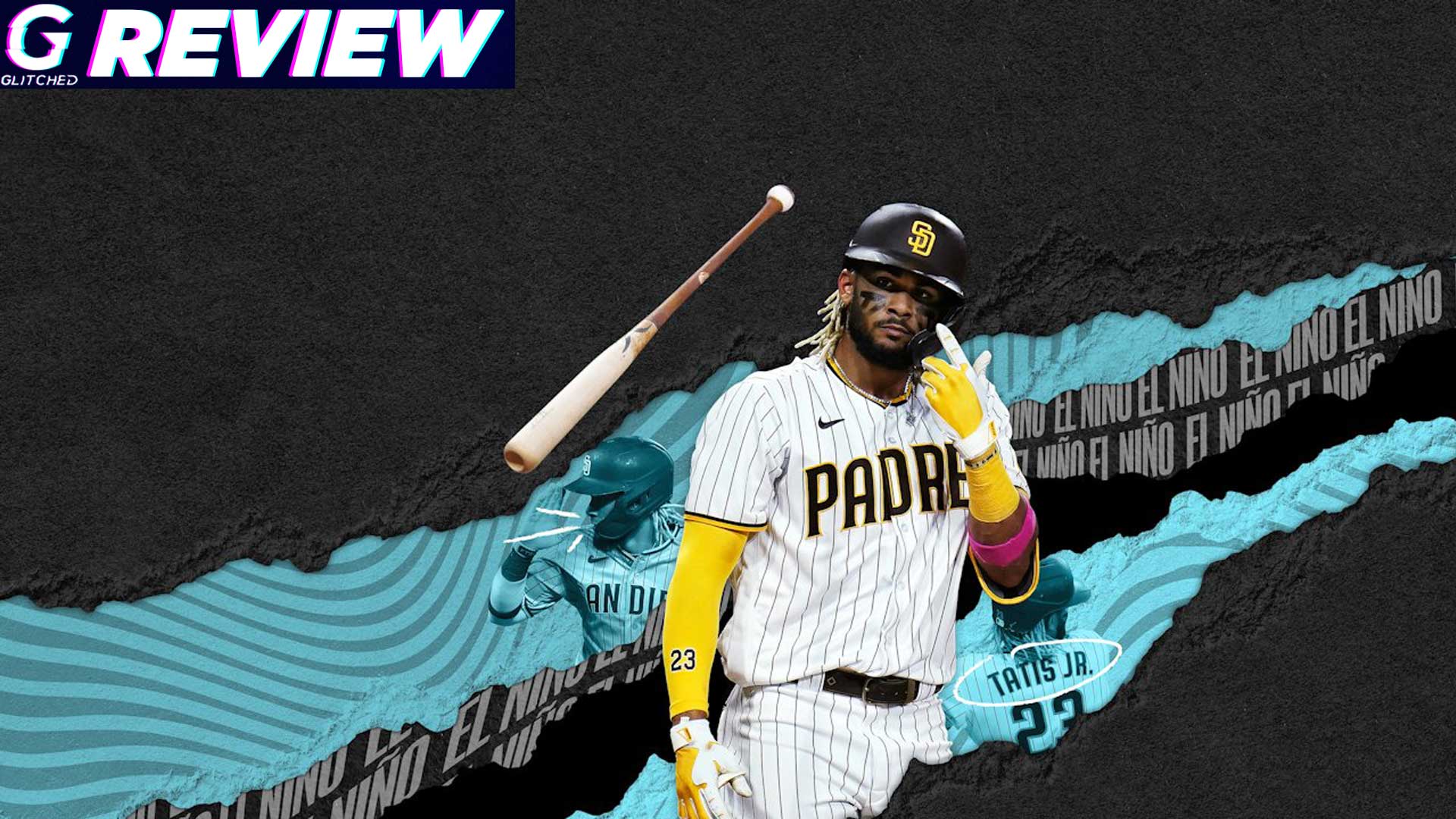 I have not played a baseball game in a very long time. Sure, I have dabbled in the likes of Super Mario Baseball but these “Baseball sims” I have avoided. This mainly due to the sheer difficulty curve of modern-day baseball games. While the idea of playing MLB The Show on my PS4 back in the day and basking in some glorious first-party visuals sounded great on paper, sports games are just not my thing. However, with the release of MLB The Show 21 being the first “PS5” sports game from Sony, I decided to give it a whirl. We don’t have the biggest library of PS5 games to choose from right now so we have to take what we can get.

I am happy to report that MLB The Show 21 is pretty darn impressive. Mainly due to its fantastic usability. The game has been designed to be completely approachable from any skill set. Be it someone like me who used to play the classic NES game with two buttons or someone who loves the sheer variety that comes with a baseball sim. Not to mention that baseball is not so much a South African sport so getting into this meant learning the phrases, teams and other fan crazes that come with it.

MLB The Show 21 is a gorgeous-looking game. Right off the bat, that is clear. The game has been designed with the PS5 in mind and every menu, haptic feedback nudge and loading time makes this clear. The stadiums look sharp, the crowds are dense and detailed and I have to just talk about the players who look fantastic. Every piece of clothing shines on the console from the stitching on a glove to the shimmer of a helmet. The game is pretty. Apart from the visuals, the overall presentation of MLB The Show 21 is also top-notch. Animations are fluid, and the general gameplay approach saw real people acting in podcasts as I ventured through the campaign.

Of course, the important thing to mention here is the game’s accessibility and MLB The Show 21 does a great job expanding its gameplay mechanics to cater for everyone. Even while the game was still installing, I jumped into the “pre-download” experience and was able to go through each of the game’s mechanics one by one, test them out using the range of settings and choose the one which I thought suited me best. There are presets, but also each aspect of the game can be adjusted. This meant that I could turn MLB The Show 21 from a hardcore simulator sports game, which I feared, to an arcade game and I loved it. 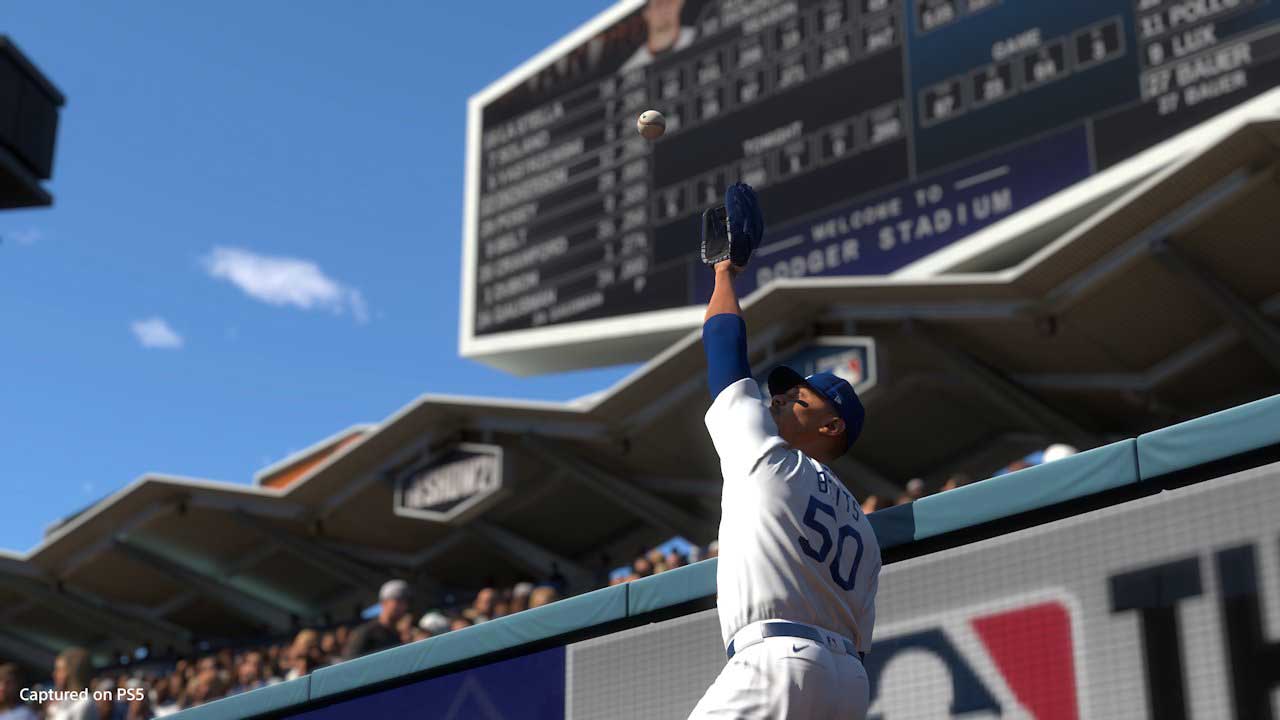 Using the Options Explorer mode, MLB The Show 21 let me carefully go through each of the game’s mechanics, test them all out and choose the one I felt was easier to manage. For example, hitting includes three modes. I could choose Directional Hitting which let me move the analogue to hit the incoming ball in different directions. Simple enough. Then there’s Zone Hitting which had me control a zone across the screen towards the ball and hit it. Lastly, there’s Pure Analogue that forced me to master the right analogue stick and move it in a certain direction to perform a specific hit. Of course, this is the toughest one to master and was avoided at first.

These settings range across the game’s mechanics. There’s a handful for pitching, fielding, throwing and more. Some of them I went with the “middle ground” setting as I felt it was not too tough while others I went “basic noob” so to say. But the game’s challenge does not only come from the way you interact with the controller during a match. It also relies on player stats and how these numbers and perks tie into a match, and the success of it. The Casual setting disabled this while Simulation enabled it all. Team and player ratings then became a key attention point into how a match went and whether or not I performed poorly. There’s also a new mode called Competitive that focuses on online play. Stats and performance rankings get ranked. 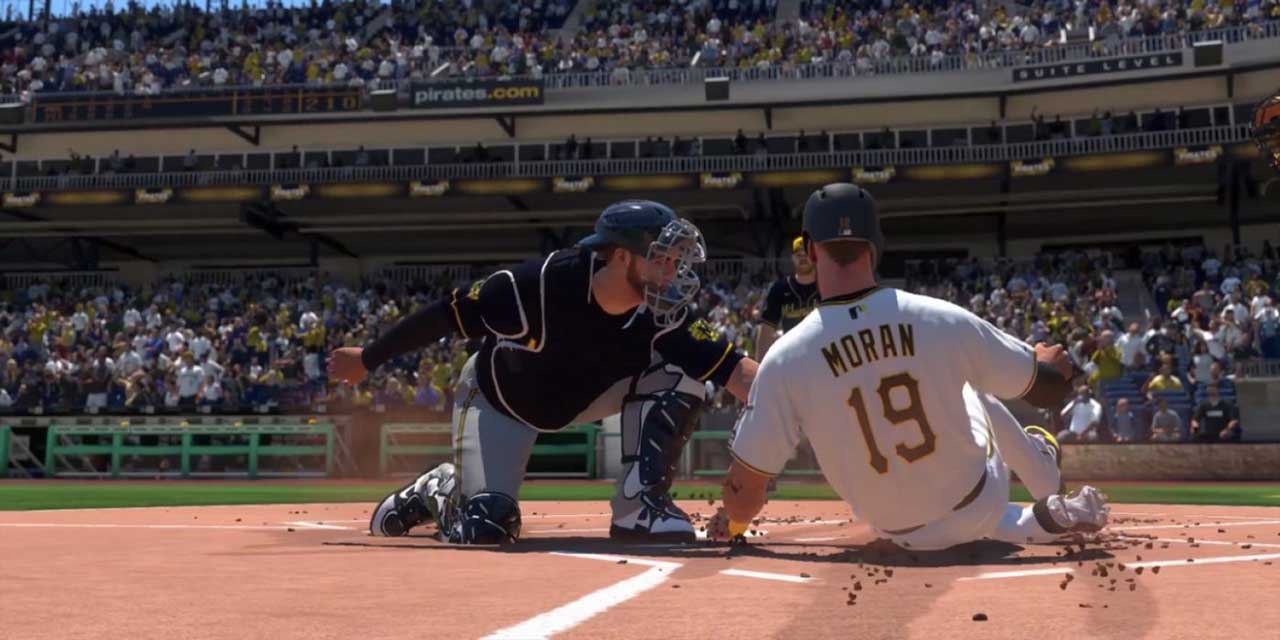 If that was not enough of a challenge for hardcore players then the new control modes will be a welcome addition to MLB The Show 21 too. This includes a Pinpoint Pitching mode that forced me to use the right analogue stick to trace a pattern out based on the pitch I chose. It is a motion-based option that is quite a challenge to get used to but once mastered, it feels great to use. Sort of like pulling off that combo in a fighting game. Most sports games such as PGA Tour make use of analogue motion to perform movements so it is nice to see MLB The Show 21 joining that rank. It will take a while to get used to but I feel like it is the start of a new future for the series.

It is not a modern-day sports game without a dedicated event mode that acts as a career experience. This is called Road to the Show in MLB The Show 21 and it is great. It basically plays out as most of these career modes in other sports games. You create a player and the story begins on a draft night where I got to answer a series of questions that led to my positions and the team I played for being determined by the game. As I progressed through the mode, I got to watch some podcasts starring reporters from the MLB Network including Robert Flores. I had no idea who these people were but I Googled them for peace of mind. 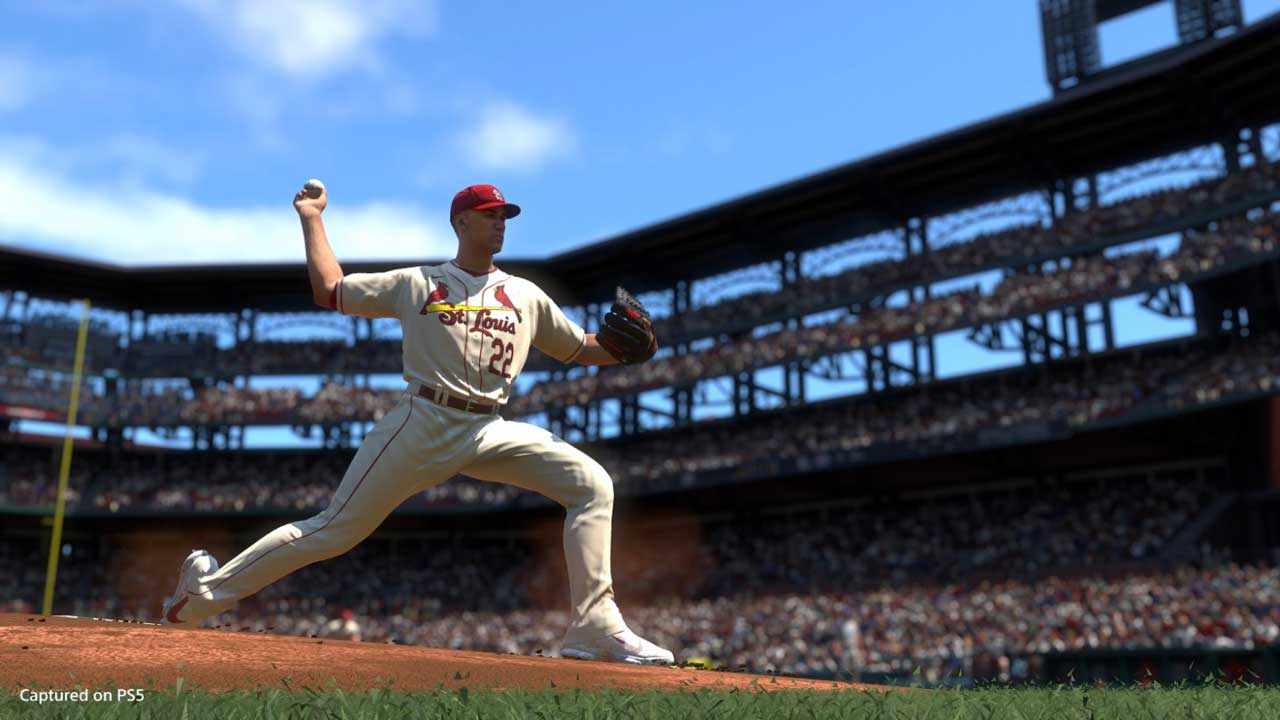 MLB The Show 21 also includes a new feature called “Loadouts” which are customized setups for your player in Road to the Show. These loadouts can then be selected during each game so you are not stuck using the same gear for every single campaign match. You can equip your player with a range of items that not only look great (as great as baseball gear can look) but also affect the player’s stats across the different playable positions. Speaking of which, the campaign also let me play different across positions too. Keep in mind that I had tailored the modes and movements at the start so the campaign delivered some great variety of gameplay thanks to this. It was tough at times but it is a day and night difference compared to say jumping into FIFA or NBA.

MLB The Show 21 includes its own pay-to-win game mode called Diamond Dynasty. Like FIFA Ultimate Team and other alternatives, you build a team using collectable cards obtained from in-game purchases. You can earn currency in the game too but spending money is where you will get it faster. I don’t have much experience with the mode prior to MLB The Show 21 but new features include the ability to carry over your campaign Ballplayer into the team along with the loadouts. This helps a lot as it meant I could improve him through the Diamond Dynasty mode and take him back into the campaign. I will be honest, I don’t intend on spending any time or money on this mode but those who enjoy these money-making exhibitions will love it.

MLB The Show 21 now lets you build your entire dream stadium from the ground up using its new “Stadium Creator” mode. I could start from scratch and go wild adding everything I wanted to my setup or choose some presets to fiddle with. The mode offers thousands of assets to place down so I could make my stadium my own. Of course, I could also download other player creations which is always a great feature in a game like this. I don’t have much creativity when it comes to these sort of things so I usually just spend hours sorting through an online library of player creations. I can’t wait to see what the fanbase cooks up.

MLB The Show 21 is quite a heft package and I am only scratching the surface here when it comes to the modes and things to do. But I do want to stress how great the game is and how easy it was to get into the action without worrying about “will it be tough”. I still want to brush up my skills and tackle the online modes against other players while at the same time tweak some settings to make things a little more challenging. The big take away here should be that MLB The Show 21 is made for everyone so if you’re on the fence about it, don’t be. The game is great and something different apart from the other typical annual sports games.

This MLB The Show 21 review was based on a code sent to us by PlayStation. Find out more here.