The Monster Hunter series is known for its crazy monster-slaying gameplay. It often does not hold back on the violence factor as players bash, slash and pummel their target over and over again before skinning it and walking away with loads of resources. Monster Hunter Stories 2: Wings of Ruin trades the classic violent gameplay for a kinder, more PG take on the series. The game is delivered in bright colours with cute monsters to find and even raise through egg hatching. Everything about it looks like a sort of Cartoon Network interactive show as the game mixes some Pokemon mechanics in with turn-based combat.

In Monster Hunter Stories 2: Wings of Ruin you play as a rookie “Rider” who happens to be the grandchild of a great hero Red. If you never played the first game then don’t fear, I didn’t either and there’s no need to know what went down before starting this title. In the early parts of the game, I came into contact with a Rathalos egg, met a pretty funny cat named Navirou who became my sidekick and learnt the basics of how to fight monsters and how to gather eggs to hatch.

If you have played a Pokemon game before, Monster Hunter Stories 2: Wings of Ruin might seem familiar to you. I could gather a range of eggs, hatch Monsties out of them (the trainable monsters are called Monsties) and carry up to six of them at any given time.

Combat is quite simple compared to Pokemon. Much of the system relies on taking these Monsties and participating in rock, paper, scissors combat. Speed beats power, power is at an advantage to technical, and technical beats speed. However, there’s is also a large emphasis put on weapon types including blunt and sharp etc. Add in some elemental effects later on and you have yourself a pretty solid turn-based combat system. Even if it is far from layered and complicated. 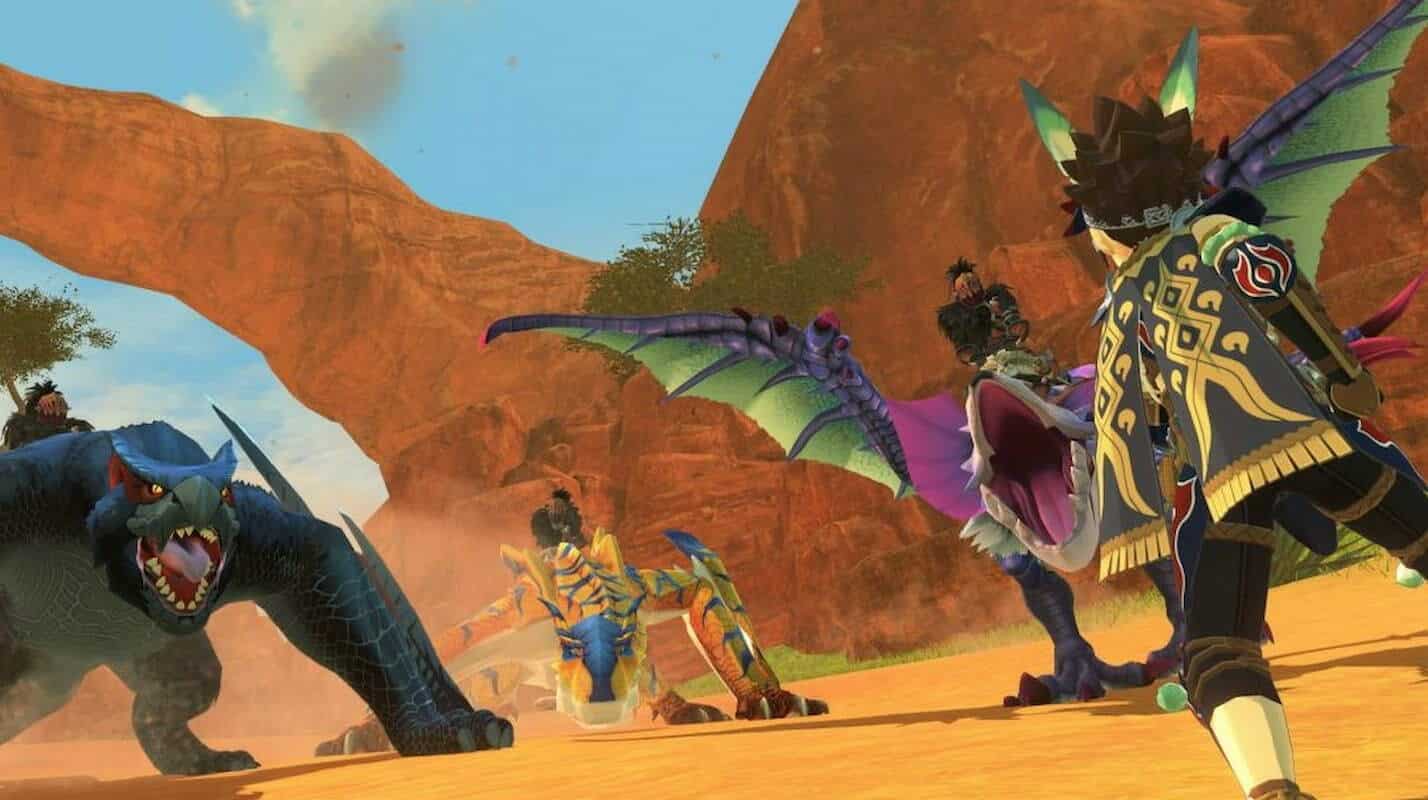 The combat system also makes Monster Hunter Stories 2: Wings of Ruin more RPG than ever before. Instead of sitting at the edge of my seat slashing up giant dragons, I was carefully pressing a few buttons to counter attacks with my choices while using skills and items to aid my fights. If you think about it, Monster Hunter Stories 2: Wings of Ruin basically takes the original combat from the main series and fleshes it out into a turn-based system. The same elemental attacks have the same effects and the same weapon types go a long way to provide enough variety.

There is also the way I could attack my monster foes that made the game so relatable. If you have played the main series you would know how specific monsters do have weak spots. These are in Stories 2 but the opportunity to exploit them comes and goes and relies on specific attacks, weapons and elemental effects. However, they are just as satisfying to see completed as they would be in the main series. 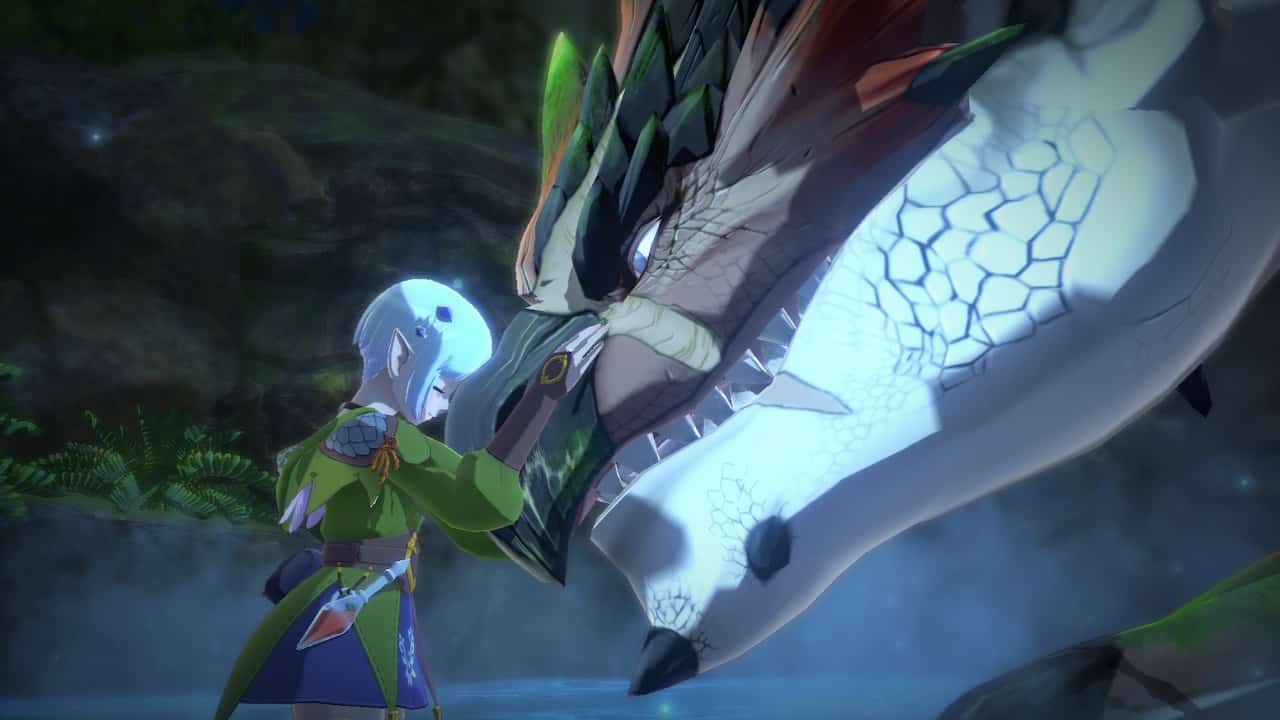 The Monsties I gathered along the way also aided my combat experience by contributing to the attacks and also unlocked skills I could pull off at certain times. Later on in the game, I had some of the most powerful monsters in the main series fighting alongside me. It was exciting.

Getting new Monsties ties into the game’s exploration and progression. Just like the main series, Monster Hunter Stories 2: Wings of Ruin relies on following the main story through ranked quests while also taking on side quests for people. I could craft items for some of them, slay monsters for others and gather items too. 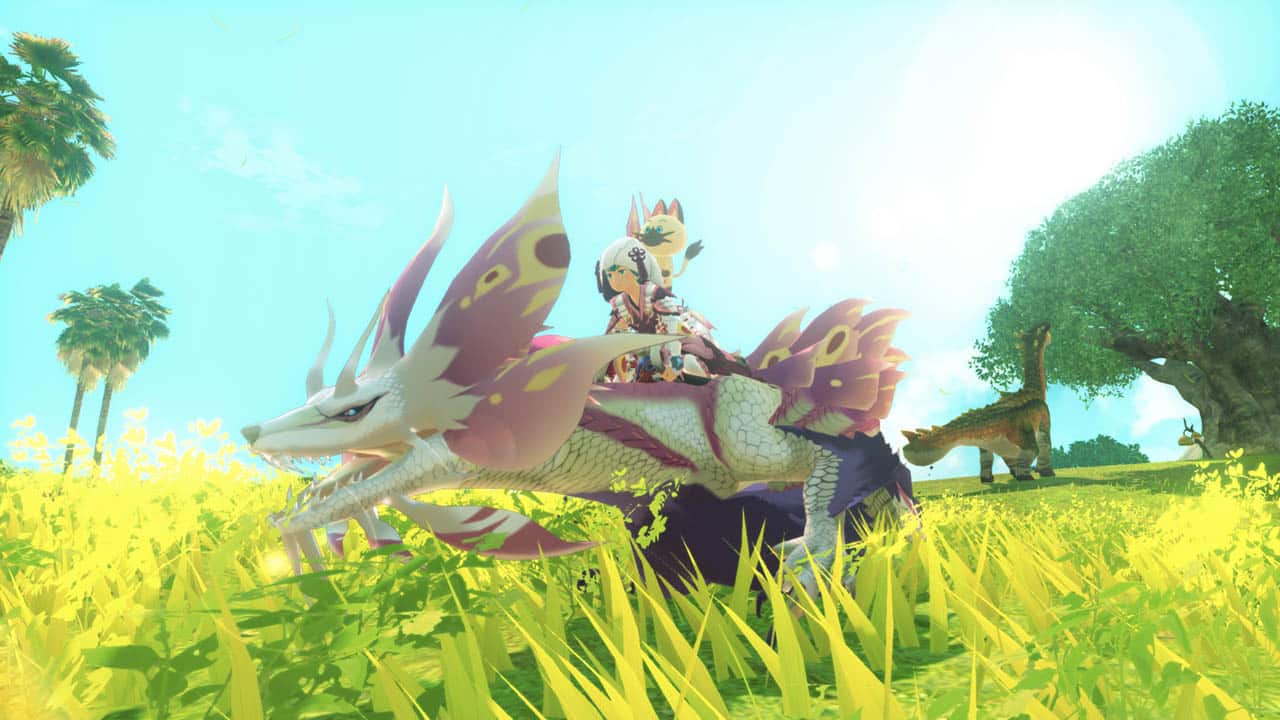 While doing all this, I would explore the various biomes and enter monster nests. At the end of every nest, there was always a literal nest with eggs in it. Here I would scratch for eggs before choosing one I liked. The cat sidekick would tell me how heavy it was and what it smelt like, two important factors in deciding the Monsties rarity.

I chose my egg, escaped the nest and headed back to the town to hatch it. The egg system gets a bit deeper later down the line as I was able to handcraft some of these Monsties myself by combining genes together like some freak Jurassic Park scientist. I never dedicated much time to this system as I felt the egg hatching worked fine. It is also a shame that the game suffers from the same issue Pokemon does whereas it is usually always safer to stick to the starters than experimenting with new Monsties later down the line. 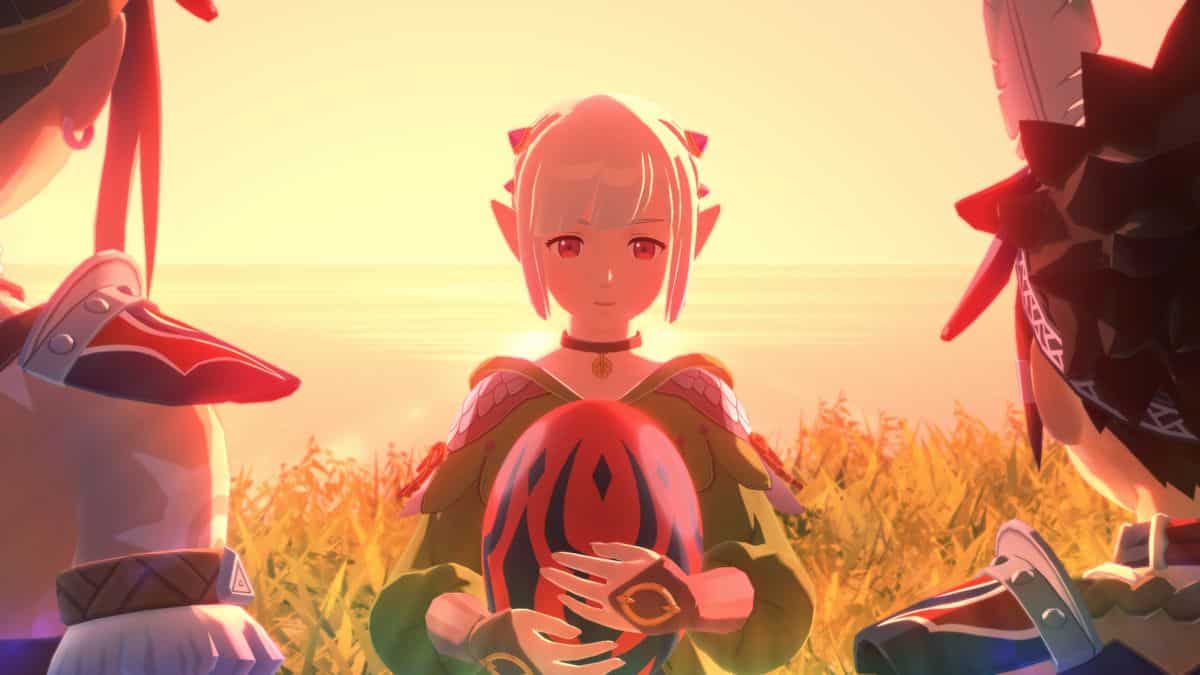 Monster Hunter Stories 2: Wings of Ruin does feel like a spinoff most of the time but somehow the game also has that classic Monster Hunter magic going for it that makes it feel great. It is not for everyone though. The combat system is a watered-down take on a classic Final Fantasy game and the world isn’t as big and exciting as the main entries in the series.

Those of you who love co-op can also enjoy a 1v1 PvP mode in Monster Hunter Stories 2: Wings of Ruin or play some parts of the game is an exploration mode. Here you and another player can explore nests for rare eggs. While this sounds great on paper, both modes feel a bit shallow and come across as an afterthought. They just don’t beat running around smacking a Kulu-Ya-Ku in the head with a friend. Monster Hunter Stories 2 is a fun expedition but it may grow tiring as the combat system’s simplified turn-based combat fails to expand. The story is somewhat decent and the whole egg hatching mechanic makes this a fun ride. You just need to want to play a Monster Hunter game like this.

This Monster Hunter Stories 2: Wings of Ruin review is based on a code sent to us by Nintendo 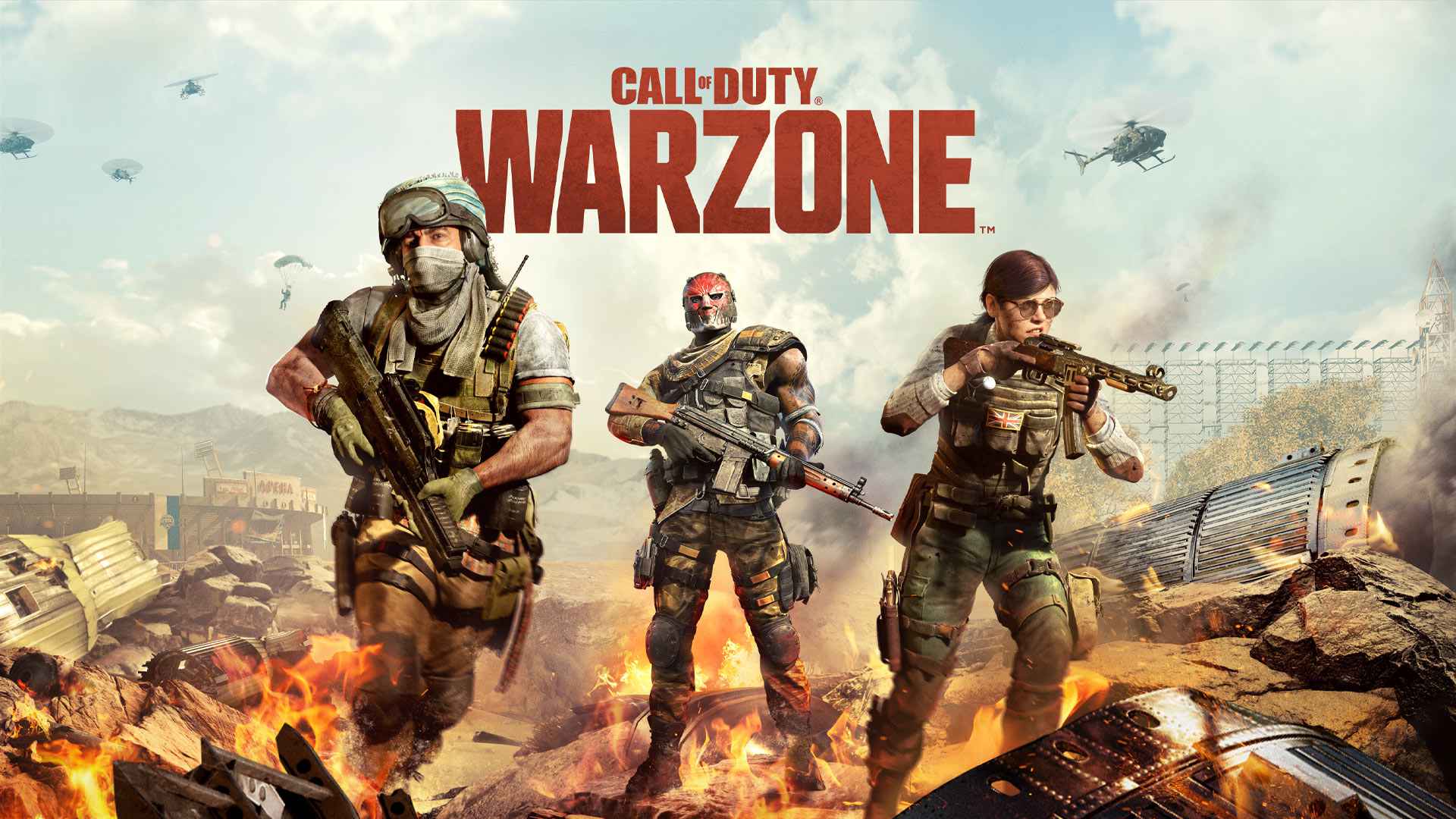