To think that only 15 people developer Mortal Shell is quite an outstanding achievement. The game is layered with deep combat, a dark gothic world to explore and a unique approach to the souls series. Sure, much of it feels stripped back to the core and is missing a lot of customization, loot and even a gear system. However, underneath is a fantastic RPG which hopefully is the start of even greater things at Cold Symmetry.

In Mortal Shell you play as a faceless and voiceless creature known as “The Foundling”. Following in the footsteps of Dark Souls and Sekiro, Mortal Shell’s story is mysterious and hidden in item descriptions and short dialogue between characters. From what I gathered at the start, The Foundling leaves the astral plane to venture into a world called “Fallgrim”. Here, it discovers a dangerous plane overrun by crazed people and beings. 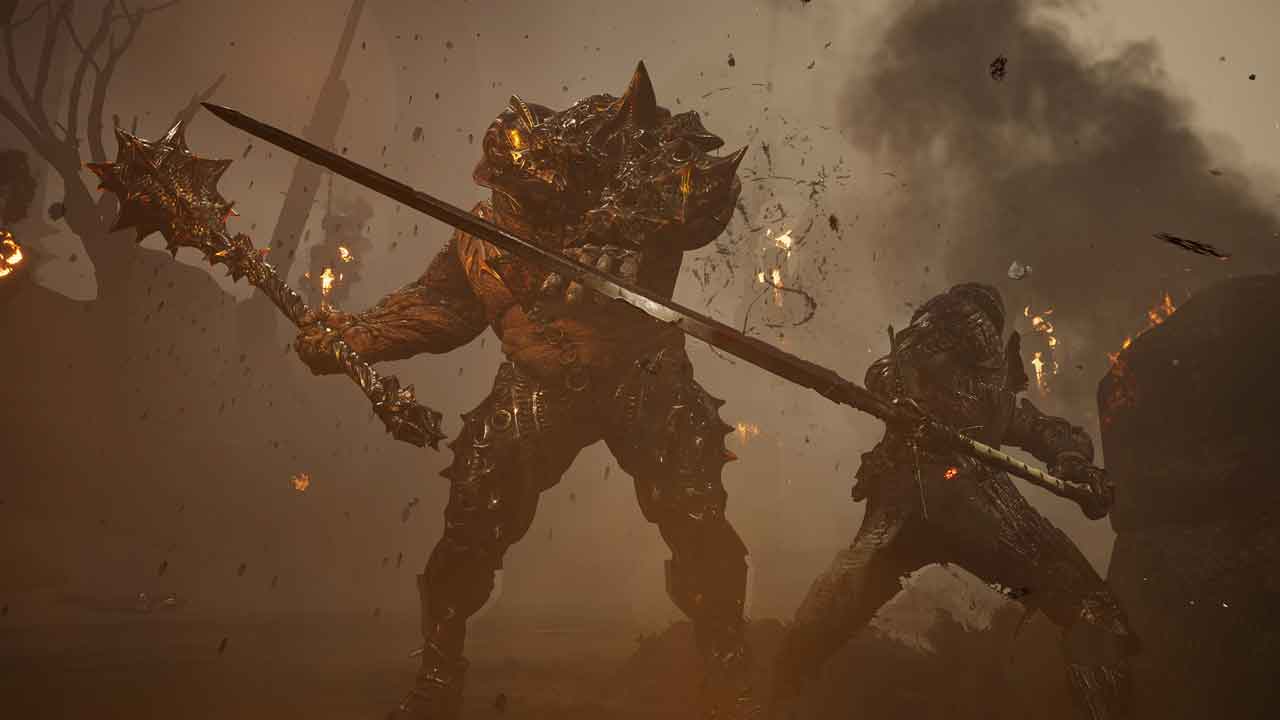 The Foundling relies on possessing shells of past soldiers to get through the game. Its white, faceless body is weak and brittle. Luckily, it can take over empty shells scattered throughout the land and adopt their strengths and combat style. Hence the name “Mortal Shell“.

There are only a handful of shells but they offer gameplay variety. Each shell takes some time to master and includes their own skill tree to level up as you play Mortal Shell. Just like other games in the genre, Mortal Shell includes a similar XP system. I earned it from killing enemies and lost it when dying twice and failing to recapture my corpse.

Unlike other games in the genre, Mortal Shell’s combat and gameplay variety revolves around these shells and a handful of weapons. This means I could not spend time building a specific character and playstyle as I did in Dark Souls. However, there are perks to this. I was able to focus on combat, mastering the items and exploring the world. Sure, I missed the equipment, worrying about stats and the grind for better gear but it works. 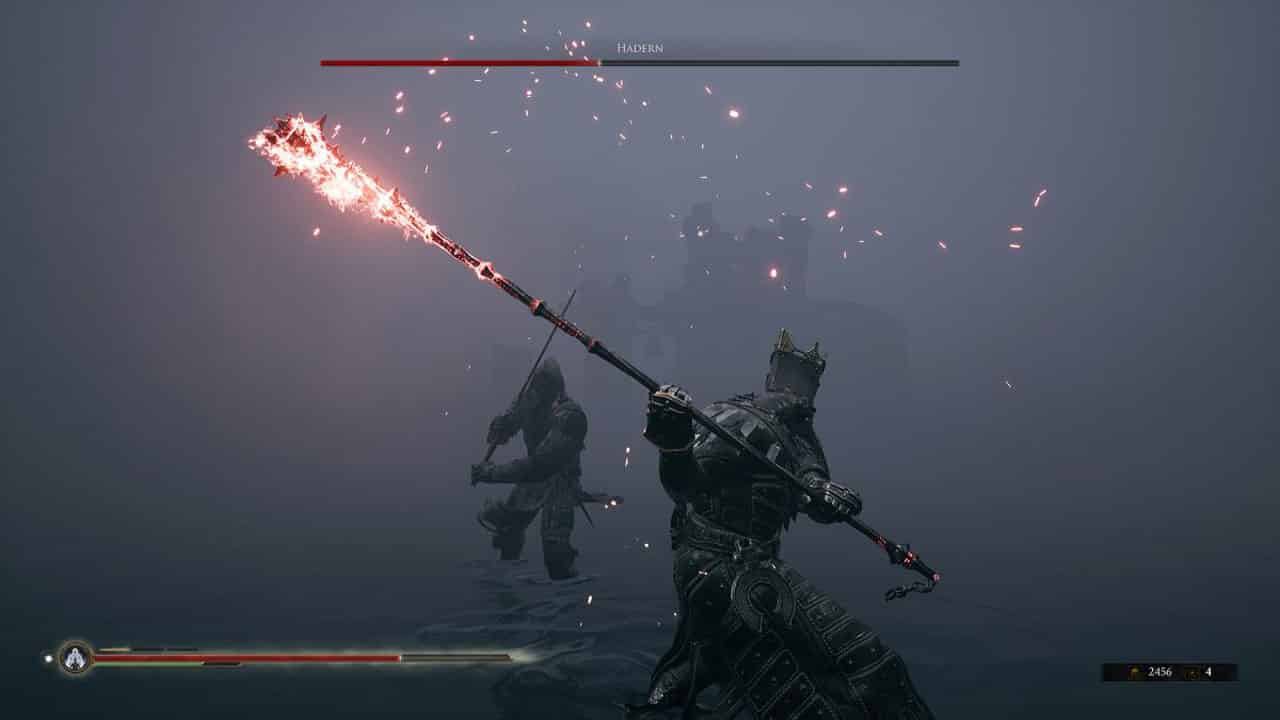 Combat in Mortal Shell is familiar with a few subtle changes. I could perform a fast and heavy attack as well as a parry. However, when it came to blocking, the game includes a unique “harden” ability. This turned me into stone for a few second and blocked any incoming attack that came my way. In addition, it also stunned my opponent for a second allowing me to strike back. This hardening feature is key to survival. I could upgrade its cooldown and unlock perks that automatically refilled it when I defeated a specific amount of enemies.

In addition to the hardening, the parry system is just as great. A perfectly-timed parry let me counterattack an enemy in style dealing massive damage. It also grants health back which comes in handy during combat. Using the hardening which is a defensive skill and the parry which is offensive provided some great combat variety in-between the usual heavy and light slashes. Of course, there is also a variety of combinations to perform depending on the weapon. Two light attacks and a heavy saw my character flip his sword and clap the enemy with the hilt. These moves are stylish and pretty effective. Combat changes as you defeat harder enemies and gain their weapons. The combination of the harden, parry and the combos all create fantastic and addictive gameplay. 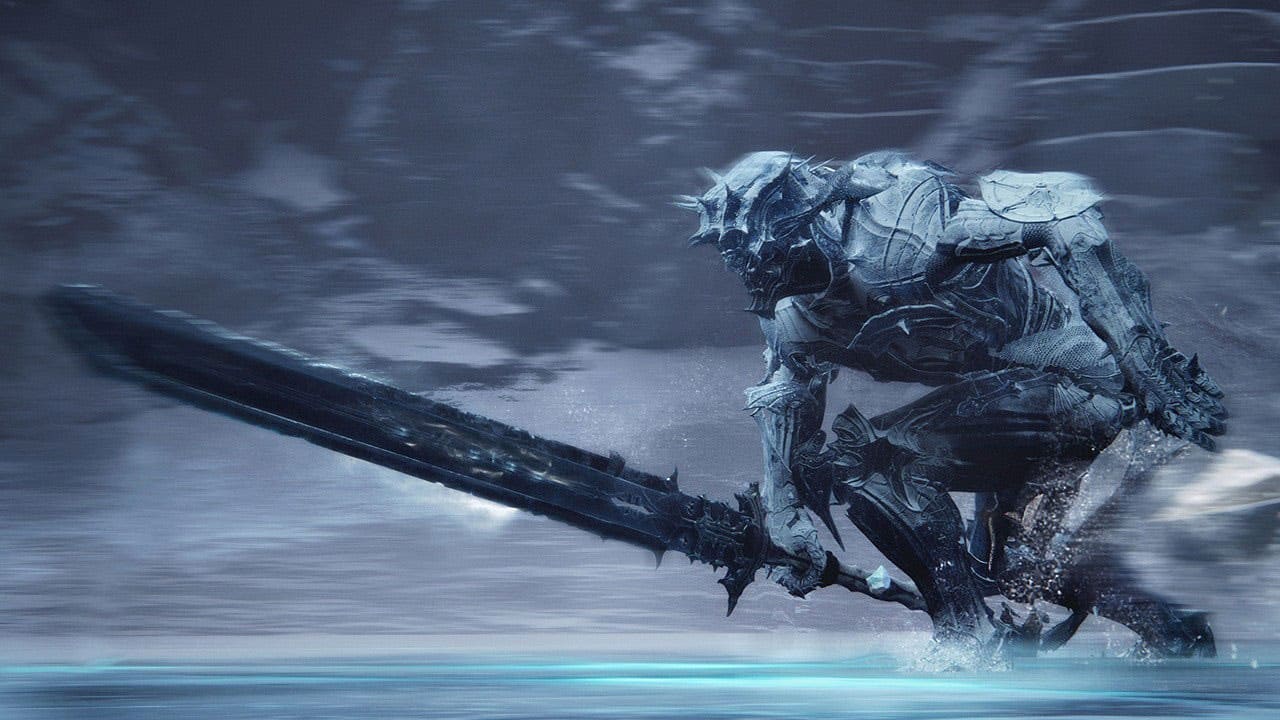 Things get tougher as the game progresses with more reliance on the hardening ability coming into focus more and more. It adds a sort of strategic approach to the game, especially in boss fights. However, some of these fights are long-drawn-out battles due to this. Often, I would circle a room with a boss for at least twenty minutes while parrying and hardening to beat it. These fights are just not fun and kind of felt cheesed. Outside of the boss fights, the hardening technique definitely felt a lot better and well-implemented.

With that being said, these two abilities also help bring the game’s overall difficulty down. There’s always something to fall back on when the going gets tough. In a panic, you can always harden and hope for the best. In addition, there’s almost always a party to perform too. Sure, you may not always trigger a counter-attack but it is better than dying. Speaking of which, even this death mechanic is pretty cool. When you are dealt your final blow, your Foundling gets knocked out of your shell and you are able to run around and jump back into the shell to avoid death. However, the next fatal blow does kill you instantly. 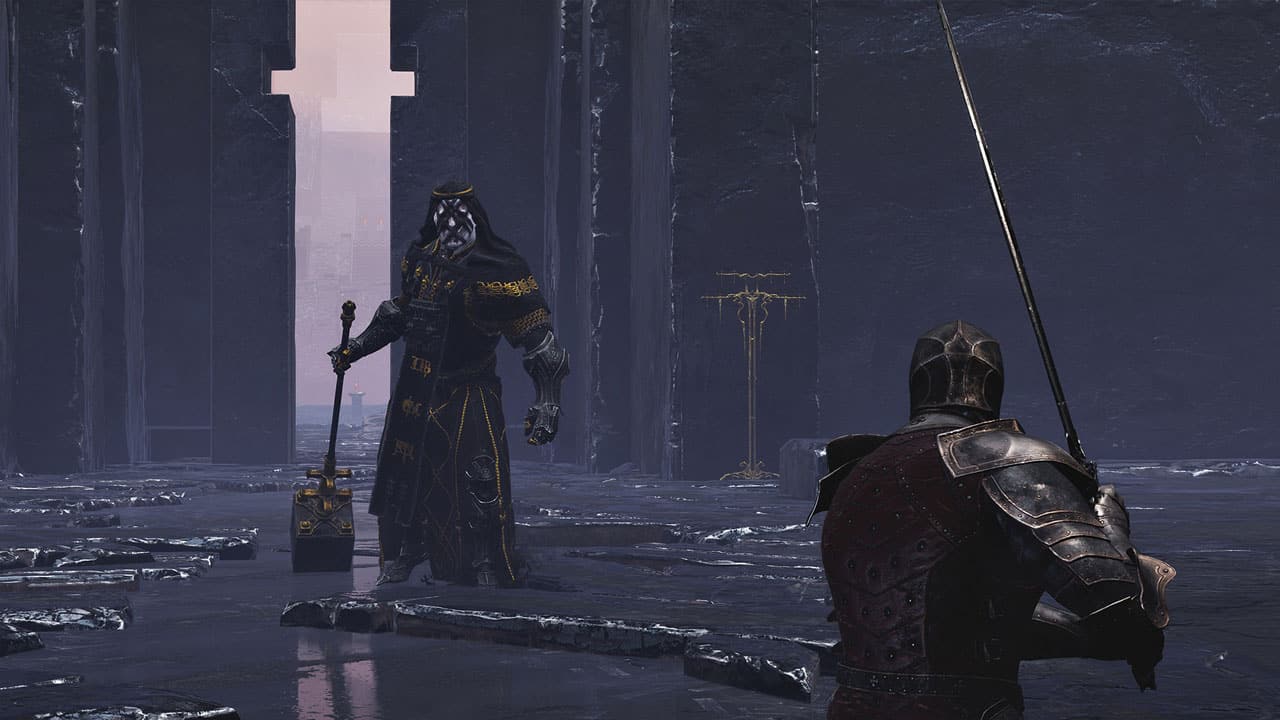 Mortal Shell’s gear system is simple. As I mentioned before, don’t expect to go and build a character with a vast equipment bag and perks. Instead, the shell is your gear and your weapon is your abilities. Different weapons have slower attack speeds and higher damage. The Smoldering Mace, for example, is slow and deals less damage but has a crazy reach. I often just stuck to my starter sword as I felt it was just great all-around.

When it comes to items, Mortal Shell is also simple. There’s a lot to love here and a lot of familiarity between other Souls-like games. You heal eating items, can teleport back to a safe spot using another item and refill your parry resolve using another. The more I used an item, the more familiarity I unlocked. After reaching a set of familiarity, the items provided an improved effect. For example, healing over time healed more and faster too. This forced me to use them more often. Some items even started with a negative effect such as poisoning me. However, after maxing it out, I gained a poison resistance. Every item had a great payoff which greatly added to the game’s loot system. 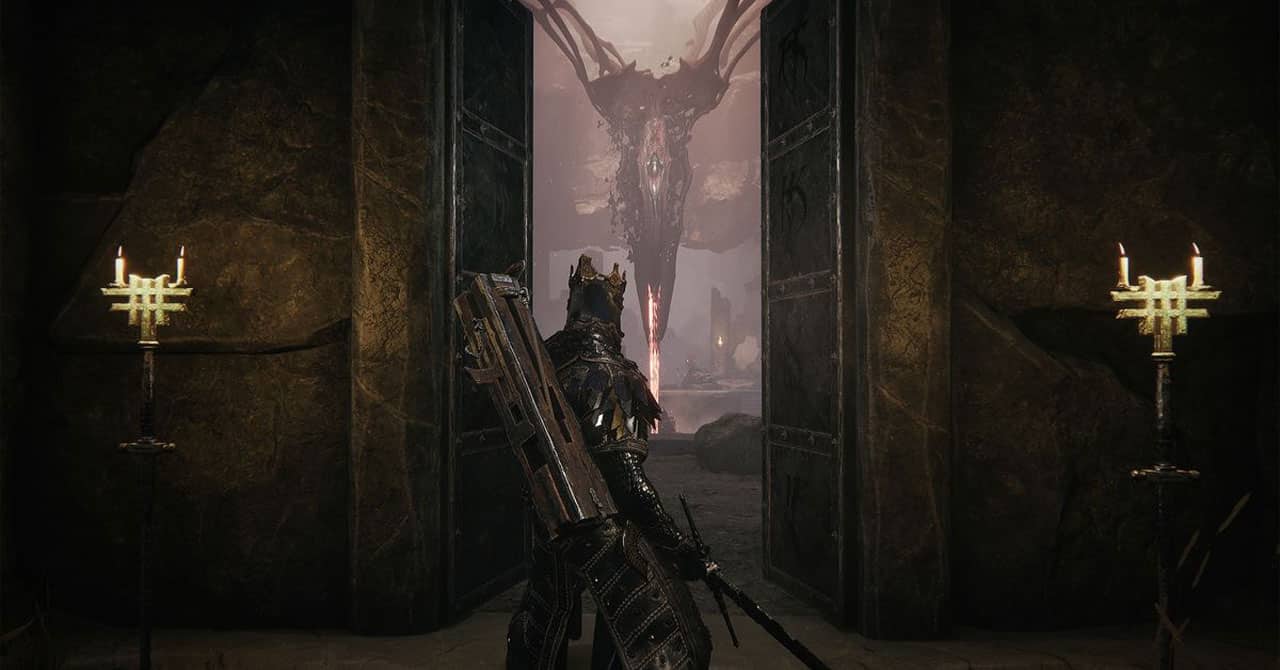 Mortal Shell also puts a large emphasis exploration. I spent most of my time exploring the world and visiting the various dungeons the game has on offer. Every location is littered with secrets, enemies and even tough side bosses to slay. Thankfully, the exploration is rewarding too, If it’s not new items to gain familiarity with, I stumbled across new weapons and lore. Of course, there’s also the XP and “glimpses” I required to level up and unlock new abilities. These are far and few between.

I won’t go as far as to say Mortal Shell has the best world to explore. Much of it begins to blend together after a while and the hubs look the same. Enemies also lack variety and anyone who has played other Souls-like games may feel let down by the lack of “wow” factor when it comes to bosses, enemies and environments. However, we need to keep in mind this game was made by 15 people. With that in consideration, it is pretty damn good. 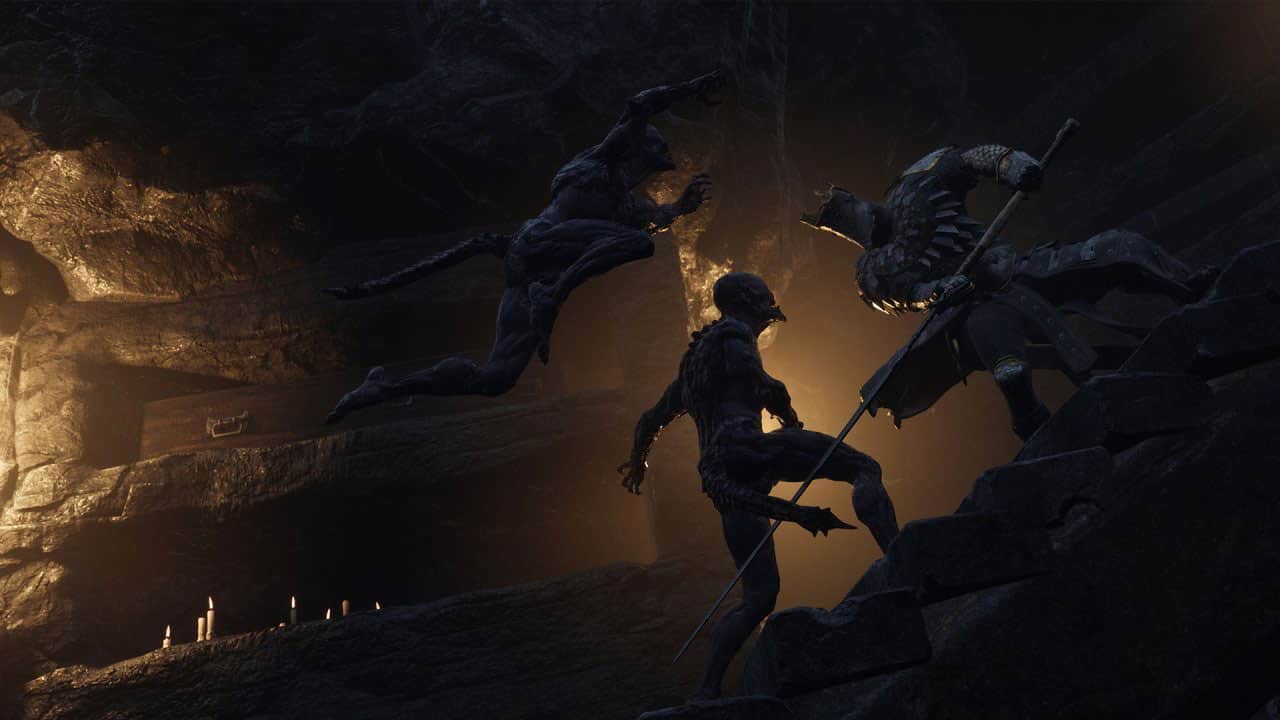 Mortal Shell is a fantastic first attempt from Cold Symmetry. While it is not as hard as other Souls-like games on the market, its world, lore and unique item approach makes it a fantastic playthrough. One which you will return to a couple of times.

This Mortal Shell Review is based on a code sent to us by Cold Symmetry.